Skip to main content
UPDATE: The IB 1 has resumed regular service. https://t.co/cLAe7fTyPS (More: 10 in last 24 hours)
Subscribe
At a Glance

Share this: FacebookTwitterEmail
By
Ben Jose (no longer with the SFMTA)
Friday, March 11, 2016

When crossing the street, even with a ”walk” signal, watching for vehicles that might turn into your path can make you feel like your head is on a swivel.

The situation can be uncomfortable for people walking, especially at high-traffic intersections. Forty-one percent of pedestrian crashes in San Francisco involve the driver's failure to yield to people in a crosswalk. 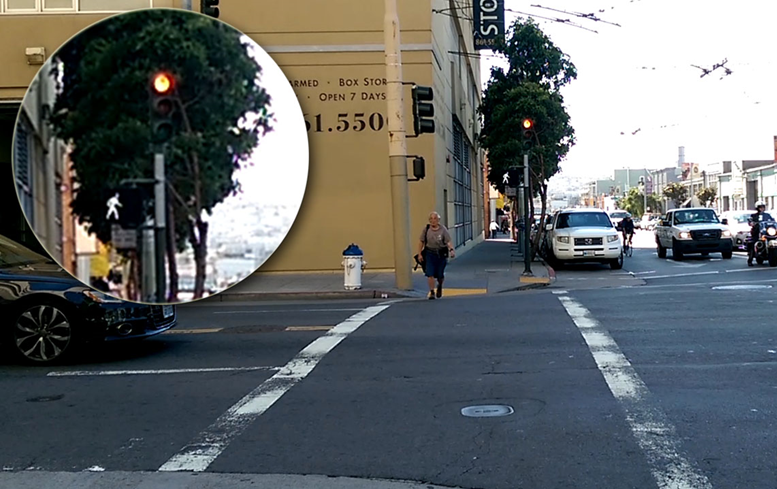 Put simply, an LPI is a head start for pedestrians. It’s a traffic signal configuration that gives people the “walk” signal at least three seconds before drivers get a green light. By the time drivers prepare to make a turn, pedestrians can already be well into the crosswalk and easier to see.

LPIs have shown promising results. According to a study [PDF] published by the Transportation Research Board, they can reduce pedestrian-vehicle collisions by as much as 60 percent.

Since we installed an LPI at Eddy and Mason eight months ago, no pedestrian injuries involving left-turning drivers have been reported.

LPIs are just one engineering tool we use in pursuit of Vision Zero, our city’s goal to eliminate traffic deaths by 2024, along with education and enforcement.

While San Francisco saw its first LPI in 1999, these days we’re installing a lot more of them – 60 intersections in 2015 alone. We’re focusing LPIs and other safety improvements along San Francisco’s High Injury Network, the 12 percent of streets that see 70 percent of traffic injuries.

Whether you call it an “LPI,” a “leading pedestrian interval” or a “life preserving interval” (as one New Yorker put it in a Streetfilm), we hope the head start helps you keep your head straight. 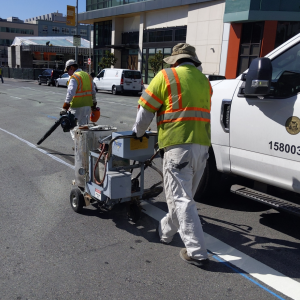