The Growing Case for a New Approach to SF's Parking Problem

As intuitive as that may sound, until recently there wasn’t definitive research showing the link between available parking and driving. And through most of the 20th Century, the policies that shaped cities like San Francisco relied the assumption that parking must be built to meet an inevitable demand.

Now, a growing body of research shows that it works the other way around: available parking is perhaps the single biggest factor in people’s decision to drive. The research shows that just building housing on a transit line doesn’t reduce automobile use, but reducing parking does. 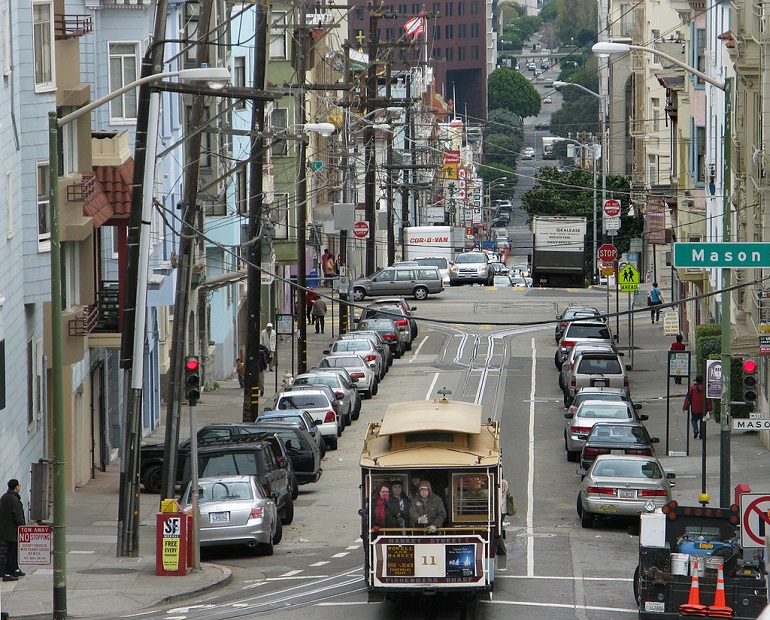 This information comes as San Francisco is in the midst of one of its biggest new-housing construction booms in history, projected to add 100,000 households and more than 190,000 new jobs by 2040. If everyone arrives with a car, that’s going to be a recipe for gridlock and economic stagnation. The effects on the environment, quality of life and pedestrian safety will be substantial. The city will grind to a halt.

Fortunately, city officials have been planning for this growth on several fronts, including the Transportation Sustainability Program. This three-part program is designed to invest more in our transportation system, align our environmental rules with policy goals like emissions reductions and smart growth along transit, and shift choices to makes it easier for people to get around by transit, walking, biking, or car-sharing.

The growing research on the link between available parking and people’s decision to drive is part of the data the SFMTA, Planning Department, and San Francisco County Transportation Authority are considering as they work on legislation that will help shape future development in the city and provide incentives for people to get around without relying on driving alone in a car.

A study, Effects of Parking Provision on Automobile Use in Cities: Inferring Causality (PDF), published by the national Transportation Research Board analyzed prior research and original data from nine U.S. cities dating back to 1960. Providing parking “in cities is a likely cause of increased driving among residents and employees in those places,” the authors concluded.

Another study, Death by a thousand curb-cuts: Evidence on the effect of minimumparking requirements on the choice to drive, published in the journal Transport Policy in 2012, reached similar conclusions in analyzing three boroughs in New York City. Researchers found “a clear relationship between guaranteed parking at home and a greater propensity to use the automobile for trips made to and from work, even when both work and home are well served by transit.”

In San Francisco, the early findings are consistent. A study, Transportation Demand Management Parking Analysis (PDF), led by the SFMTA and the Planning Department last year found that “residents, workers, and visitors of residences, offices, and retail sites that do not have access to parking drive less than those who do have access to parking.”

Providing free parking isn’t actually free. The cost  of parking spaces is borne by people who shop at that store – even if they can’t afford to own a car – because the cost of parking is baked into the price of shampoo, milk or whatever the store sells. Or providing parking comes at the expense of something else, like using the space and investment needed to provide affordable housing in a city with a housing crunch.

That argument has long been made by Donald Shoup, professor emiritus at the University of California, Los Angeles.

This debate isn’t new. But as our already traffic-strained city grows in the 21st century, so does the compelling case for a different approach to parking.