Skip to main content
UPDATE: The 8 and 9/9R have resumed regular service. They may see minor delays through the area of San Bruno and Wa https://t.co/gskmcbcrO3 (More: 14 in last 48 hours)
Subscribe

Heads Up: Fix On The Way For Two-Car Trains 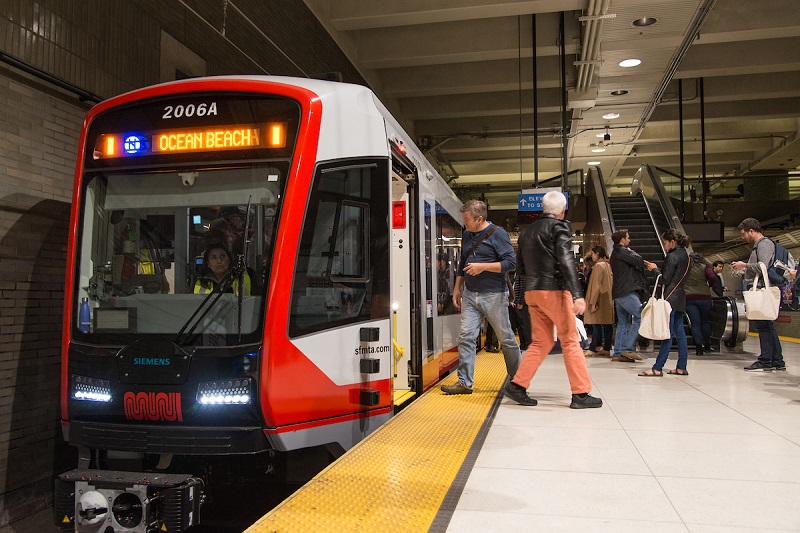 We want to inform our riders about a recent issue that arose on one of our new LRV4 Siemens vehicles. While Muni LRVs remain safe to operate, out of an abundance of caution, we will be limiting the number of two-car trains in service for the near future. We’re taking this opportunity to explain some of the history and what our plans are to fix the problem.

Last April, our two-car trains started to experience complications with their couplers. Couplers are a train component that allow multiple vehicles to operate under the control of one operator. Upon inspection, we found broken shear pins that were a symptom of a design flaw within the coupler. To fix this, we replaced the old pins and the couplers began working properly.

Since the April 2019 coupler issue on our LRV4 trains, Siemens has continued its investigation into the cause of those failures. On Monday, we received word from Siemens about ongoing and unexplained fatiguing, (meaning some pins are wearing out sooner than they should) and they proposed additional testing to identify the source of the fatigue.

Yesterday, we experienced a coupler failure, the first since April.

Wednesday morning, the coupler shear pins failed on one of our LRV4 trains while in revenue service. The cars did not separate. The operator reported the issue to her supervisor, the passengers disembarked and the train was taken out of service.

Why Did It Happen?

There does not appear to be a single event (collision, etc.) that caused the failure, but our investigation is ongoing.

How Are We Responding to This?

In the short term, the plan is to replace the coupler shear pins on all LRV4 trains. The medium-term plan is to redesign the shear pin and look for a permanent solution. Siemens has agreed to provide an ongoing supply of shear pins while they work on the redesign and is activating their global resources to make this happen.

What Does This Mean for Service?

On a typical weekday, we have been running approximately 20 two-car trains in the system. Beginning yesterday, the operation of two-car trains was limited until new shear pins could be installed today. Tomorrow, we will operate three or more two-car trains. These are trains that have received the new shear pins. We are expecting a shipment of shear pins today (four per train) and expect to be able to run as many as seven two-car trains by Monday.

Who Will Pay for This?

These repairs are covered under warranty by Siemens and will be replaced at no cost to San Francisco taxpayers.

Yes, safety is our number one priority. Siemens has confirmed that with newly installed pins the couplers can safely operate and the new pins can be safely used for up to 120 days.