In 2019, SFMTA Transit Planner Paul Bignardi completed a book that will provide hours of history exploration for the avid Muni fan. Bignardi’s A Fleet History of the San Francisco Municipal Railway is a great new addition to Muni history literature with a biography of every Muni vehicle extending back to the beginning of the railway in 1912. 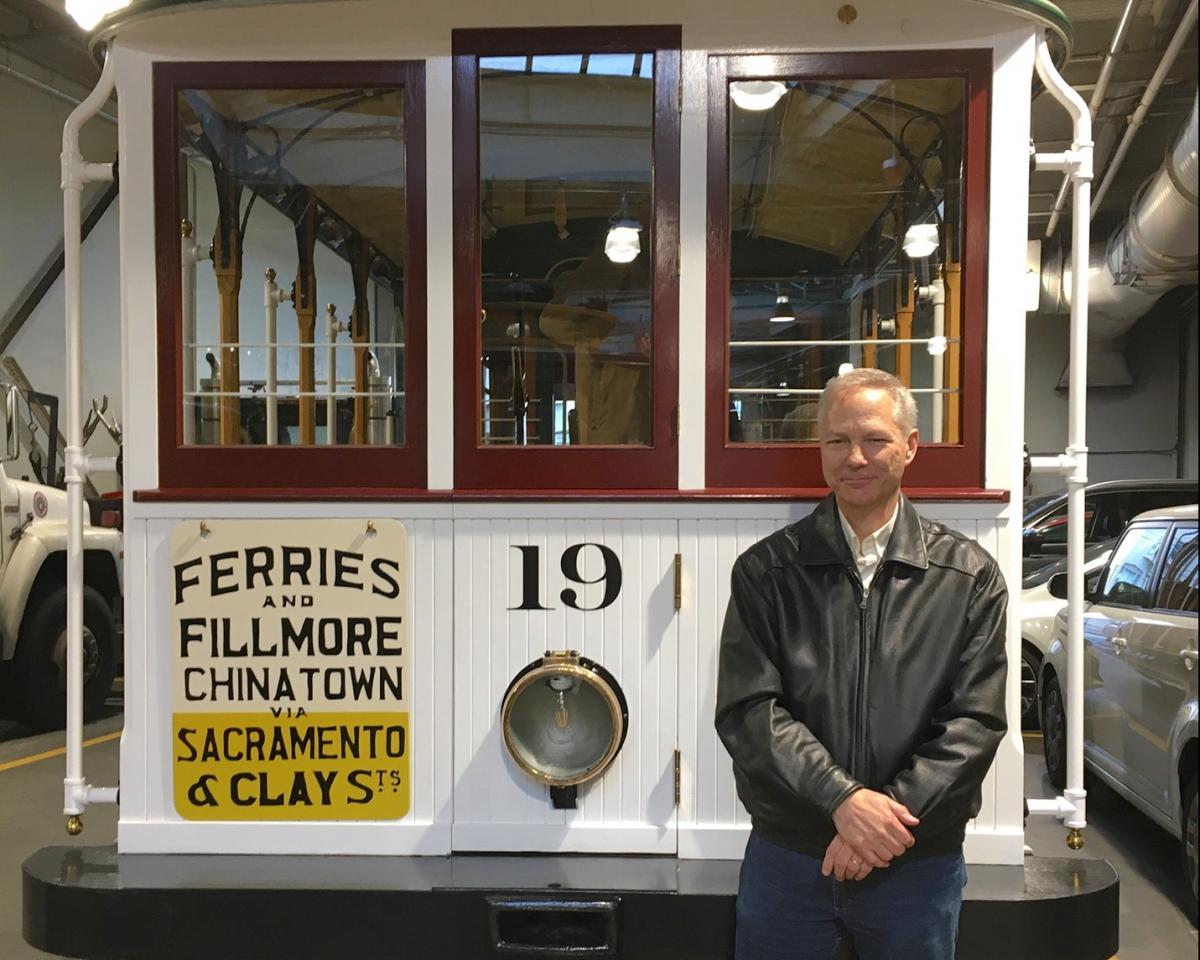 Author Paul Bignardi poses with Sacramento-Clay Cable Car 19 “Big 19” after its restoration in 2019.

Bignardi says, “The biggest historic vehicle thrill I’ve had is being allowed to be a part of the return of Cable Car “Big 19” into service as the oldest publicly owned electric-powered transit vehicle in the world in summer 2019.”

The effort, a labor of love, began with the centennial of the SF Municipal Railway in 2012. Muni was celebrating its 100th birthday and a group of self-identified transit nerds banded together to start compiling and researching the most up-to-date information on Muni’s fleet past and present. The centennial had prompted them to realize that much of the data on the fleet had stagnated since the publication of Inside Muni in 1981.

As Bignardi mulled over the problem, he came up with a plan to create a more comprehensive volume on the subject. “I thought I should produce the list for internal use, and then I thought if I was going to do that work, I should go the final step and just produce a book. I thought it would take about six months to complete. I finished nearly three years later.”

Much more than just a list of old buses, the book includes a service history and statistics for every vehicle that has ever been in the Muni fleet, including those inherited from private transit companies merged with the Railway. Every type is included from cable to rail to rubber tire. As Paul himself notes, “the book contains the most detailed and accurate information on the San Francisco cable car fleet in the Muni era.”  On top of vehicle information, the book also includes facts and figures on transit facilities, ridership and fare trends over the last 100+ years, and even info on the various paint schemes and logos used by Muni since 1912. 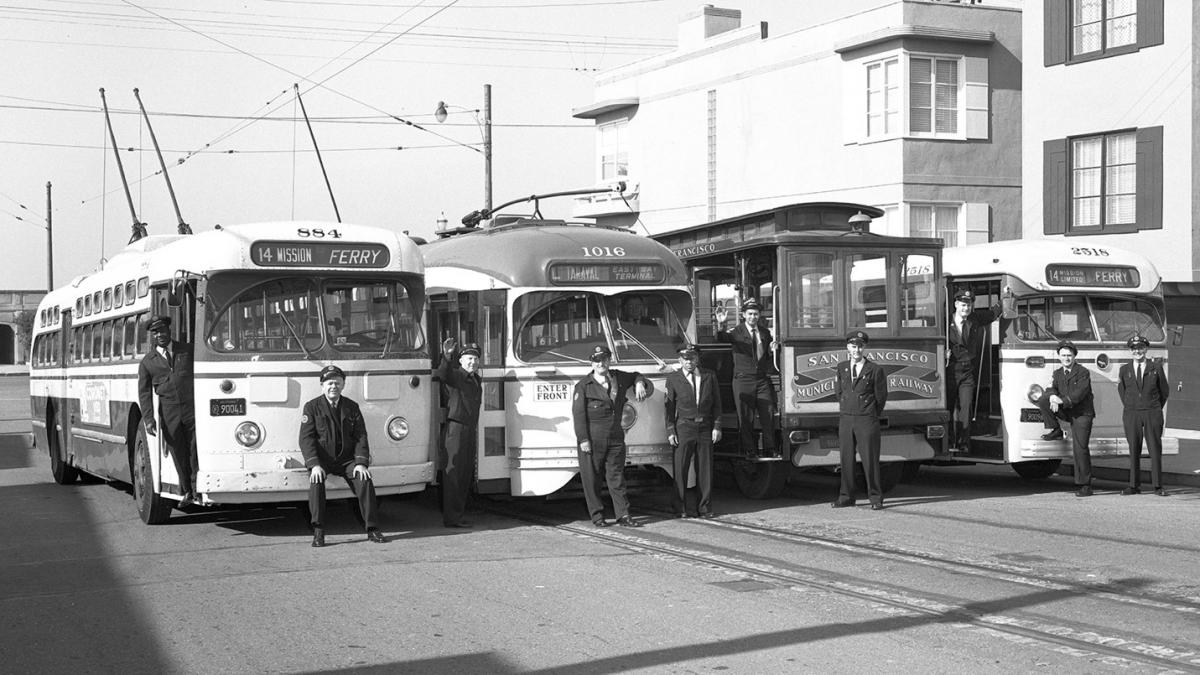 A lineup of Muni vehicles and Muni Operator of the Month awardees in 1963.

On top of including plenty of raw information to soak up, the book is full of great photos both historic and modern, including many from the SFMTA Photo Archive.  No doubt, this volume of vehicles will prove invaluable to historians and transit fans alike. If you’re wondering where you might pick up a copy for your own perusal, our preservation partners at the SF Railway Museum have copies over in their online store (LINK). Proceeds will support the preservation of historic vehicles running on the 25-year-old F-Line.

Interested in learning more about San Francisco’s transportation history?  Check out our self-guided walking tour and kids history scavenger hunt at the SF History Days event, that had its virtual launch on September 25th.