How the SFMTA Invented – and Named – the Bike 'Sharrow' 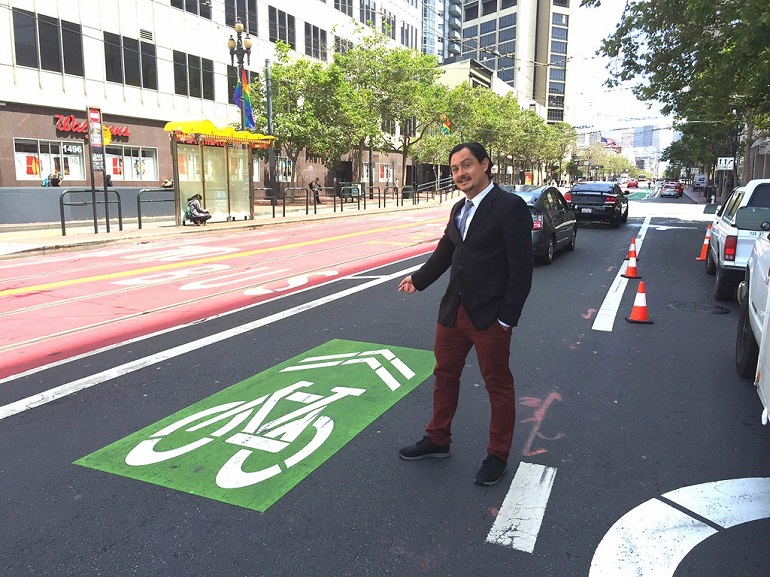 Oliver Gajda points to the latest incarnation of the sharrow, the “greenback sharrow,” designed to make the sharrow icon even more visible.

Oliver Gajda laughs every time he hears the word “sharrow.”

Gajda, the former SFMTA Bicycle Program Manager, now with Transit Operations, is credited with inventing the term sharrow, known as a portmanteau, or combination of two words — in this case, “share” and “arrow.” It’s even earned him a mention in Wikipedia under “shared lane marking.” He’s quick to point out that though he may have coined the term, the development of the sharrow logo was a group effort.

In 2004, Gajda, working with Project Engineer Mike Sallaberry, coined the term to indicate a safe zone far enough from the right curb to prevent people on bicycles from being hit by car doors as drivers exit their vehicles curbside. They were also looking for an icon that would signal to bicyclists specifically where to ride to be within the safe zone.

The sharrow icon, a combination of a bicycle silhouette with two chevrons above it indicating the proper direction of travel, is almost a misnomer, Gajda says. “They’re really not arrows, technically,” he says, “but arrow-like chevrons.”

Gajda’s team opted for sharrow over existing names currently used for shared lane markings. They included Denver’s “bike in house” or “the man jumping barrels,” “the pogo stick,” and the original name for the sharrow, “sergeant cyclist.” “We realized that because of the two chevrons, the name would have to be corporal cyclist and that just didn’t work,” Gajda said.

In August 2004 the California Traffic Control Devices Committee (CTCDC) approved the use of the sharrow marking in California. In the 2009 edition of the Federal Highway Administration’s Manual on Uniform Traffic Control Devices — the standards by which traffic signs, road surface markings and signals are designed — shared lane markings were approved for general use throughout the United States.

“People actually have sharrows tattooed on their bodies,” Gajda added in disbelief.

Though proud of his contribution to the transportation industry lexicon, and his accomplishments as the bicycle program manager, Gajda is excited and hopeful that he can make an equal impact on transit in his new capacity with Transit Operations. “I think you’re going to see even more great things coming out of the Transit Services Division.”

We’re certain of that, Oliver. But you’ve already left your mark. 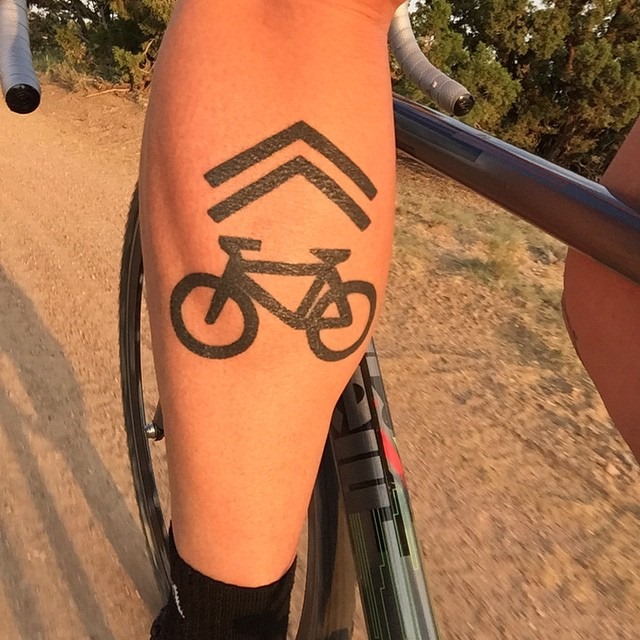 A cyclist sports the sharrow icon on his calf. (Photo: Courtesy Instagram media by cinelliusa)