The 27 Bryant Transit Reliability Project aims to improve the reliability of the 27 Bryant and to enhance traffic safety for people walking along its route. The scope of the project focuses on the route north of Market Street where the 27 Bryant experiences the most delay and slowest travel times. The project applies principles of the Muni Service Equity Strategy, a neighborhood-based approach to improve transit routes most critical to households with low incomes and people of color.

North of Market the 27 Bryant currently stops on almost every block. To improve reliability and reduce delays, we are proposing the stop changes/removals shown on the map. The 27 Bryant Project proposal maintains 75% of stops (with 9 bus stop removals).

The proposed route adjustment, changing the route to run on Eddy instead of O’Farrell Street. This reduces the number of turns the bus has to make going towards Market, improving safety for transit operations. 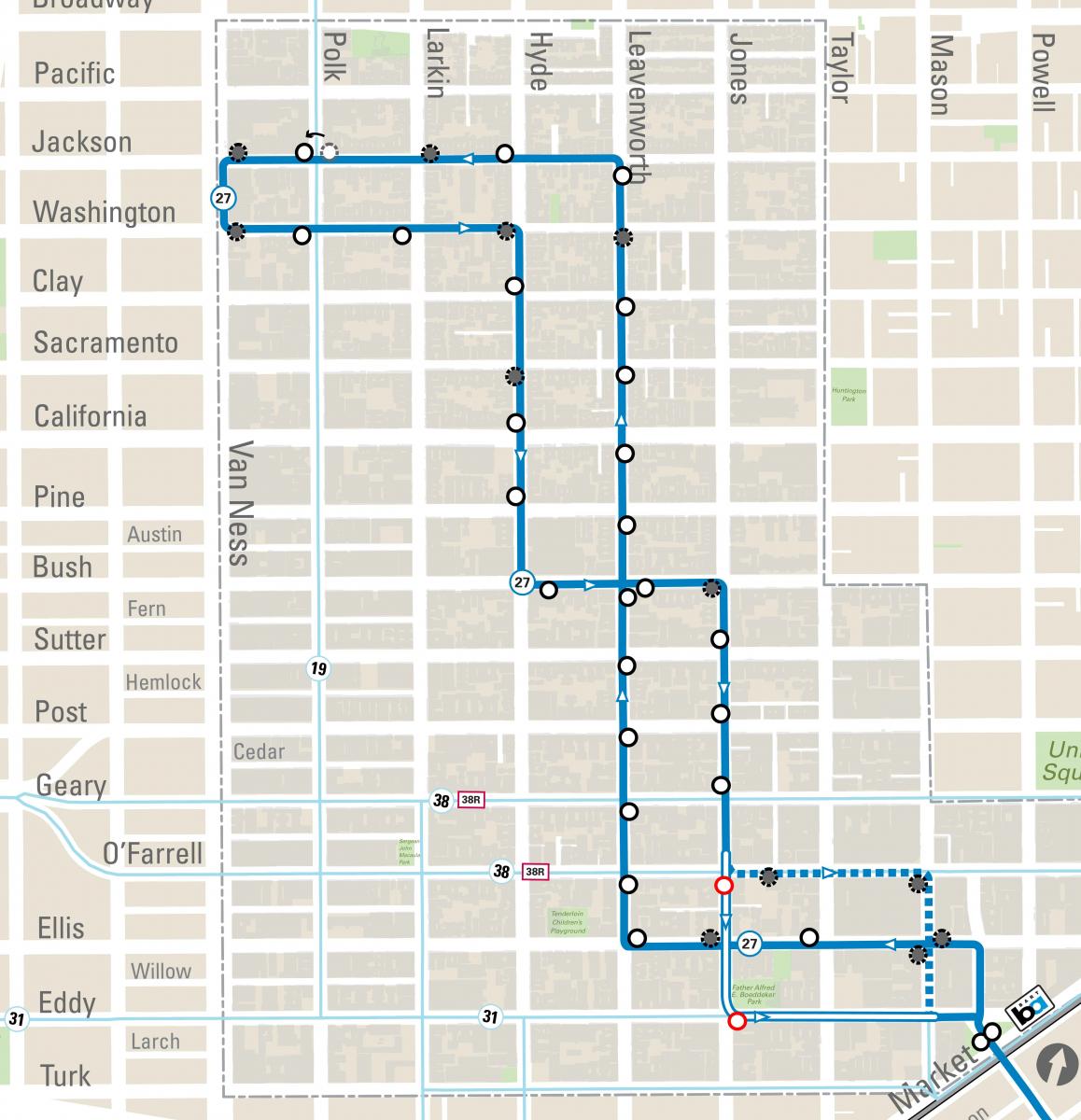 The project proposal was developed with input from over 500 diverse stakeholders in the Tenderloin, Nob Hill, SoMa and the Mission neighborhoods.

The project will be presented to the SFMTA Board of Directors for approval on Tuesday, April 16, 2019. If you would like to comment on the proposed changes, you may attend the SFMTA Board Meeting or file your comments in writing before the hearing.

Learn more about the 27 Bryant Transit Reliability Project at SFMTA.com/27Project.