The 27 Bryant Transit Reliability Project focuses on improvements on the route north of Market Street in the Tenderloin and Nob Hill neighborhoods where the bus experiences has experienced the most delay and slowest travel times.

The 27 Bryant Transit Reliability Project’s goals include making the 27 Bryant more reliable and improving traffic safety for people walking along the route between Market Street and Jackson at Van Ness. By focusing on the slowest segments, we aim to improve reliability for the entire route, better serving customers in SoMa and the Mission neighborhoods as well.

In April 2019, the SFMTA Board of Directors unanimously approved the implementation of the proposed improvements after two years of comprehensive engagement with community partners. In March 2020, the 27 Bryant line was temporarily suspended due to the COVID-19 pandemic.

In August 2019, the SFMTA started the initial phase of the 27 Bryant Project to deliver transit reliability and safety benefits in advance of the full project construction. A route update and bus stop removals went into effect on August 10, 2019. Due to the COVID-19 pandemic, the scope of the project was adjusted in January 2021 to include a temporary modified reroute via 7th and 8th streets where transit-only lanes were installed. The 27 Bryant traveling on 7th and 8th streets has impacted the final block-by-block project improvements. For example, sidewalk extensions for Eddy and Ellis streets are no longer a part of the scope of work.

In 2020 and 2021,  due to COVID response and recovery, the 27 Bryant project was put on hold. Progress continued, however, as SFMTA and San Francisco Public Works developed detailed designs for sidewalk extensions at bus stops (transit bulbs) and at intersection corners (pedestrian bulbs). Construction of the project began in July 2022 along Leavenworth and is slated for completion in early 2023

Wider sidewalks at bus stops to eliminate need for buses to exit and re-enter the travel lane, saving travel time

High-visibility crosswalks to improve safety for people crossing the street

Sidewalk extensions at corners to increase the visibility of people waiting to cross the street, shorten crossing distances and slow down turning vehicles
Bus Routes and Rail Lines
27 Bryant

The 27 Bryant is a route that residents depend on to commute to work and connect to other transit lines. It is also a neighborhood route that many use to reach grocery stores, hospitals, affordable housing, senior centers and more.

A key bus connection that serves people from a variety of backgrounds, the 27 Bryant was identified as a priority route in the Muni Service Equity Strategy to address neighborhood transit needs.

As one of Muni’s ten slowest routes, improving the reliability of the 27 Bryant bus is critical to better serving the community. Keeping the 27 Bryant on schedule is a top priority for riders.

Additionally three-quarters of the streets on the 27 Bryant’s route through the Tenderloin and Nob Hill are high-injury corridors that have the most severe and fatal traffic injuries in San Francisco. Many of these injury collisions involve people walking in the neighborhood. This needs to change. Improvements to the 27 Bryant route for people walking are critical to achieving the city's Vision Zero goal to eliminate all traffic deaths by 2024.

Please sign up for project alerts to stay informed on the latest 27 Bryant Project updates.

Thank you for your Feedback

Thank you for all of the feedback we received from over 500 diverse stakeholders in the Tenderloin, Nob Hill, SoMa and the Mission neighborhoods. We've put together highlights of the community's feedback as well as a short video of residents sharing their experiences with the 27 Bryant. Customer feedback was provided in English, Chinese and Spanish.

Dec
7
Board of Directors meeting, December 7, 2021 Due to the COVID-19 health emergency and to protect our Board members, SFMTA staff, and members of...
Apr
16
Board of Directors meeting, April 16, 2019
Mar
22
Engineering Public Hearing, March 22, 2019 The Sustainable Streets Division of the San Francisco Municipal Transportation Agency held a public...
END_OF_DOCUMENT_TOKEN_TO_BE_REPLACED 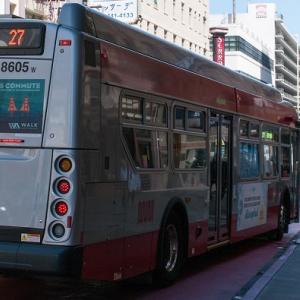 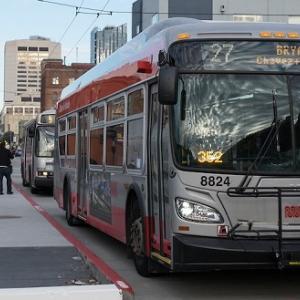 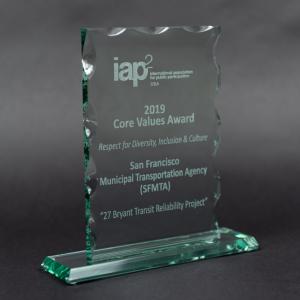