Skip to main content
UPDATE: The 48 and 67 continue to reroute around the area of 24th btwn Shotwell and Folsom. https://t.co/UQ0vJNDL1h (More: 34 in last 48 hours)
Subscribe
#TBT

A Little Patch of Dogpatch

This week we bring out a rare shot from the archives that gives an overview of one little "patch" of San Francisco. One of only a handful of aerial photos in our collections, this 4x5" negative was taken to study part of the Dogpatch neighborhood in preparation for building one of Muni's largest bus facilities, the John M. Woods Motor Coach Center or "Woods Division."

Taken in 1974, the photograph shows an area bounded by Pennsylvania Avenue and 20th Street to the north, Illinois and 25th streets to the south and centered on two plots at 22nd and Indiana streets, just east of the 280 freeway. 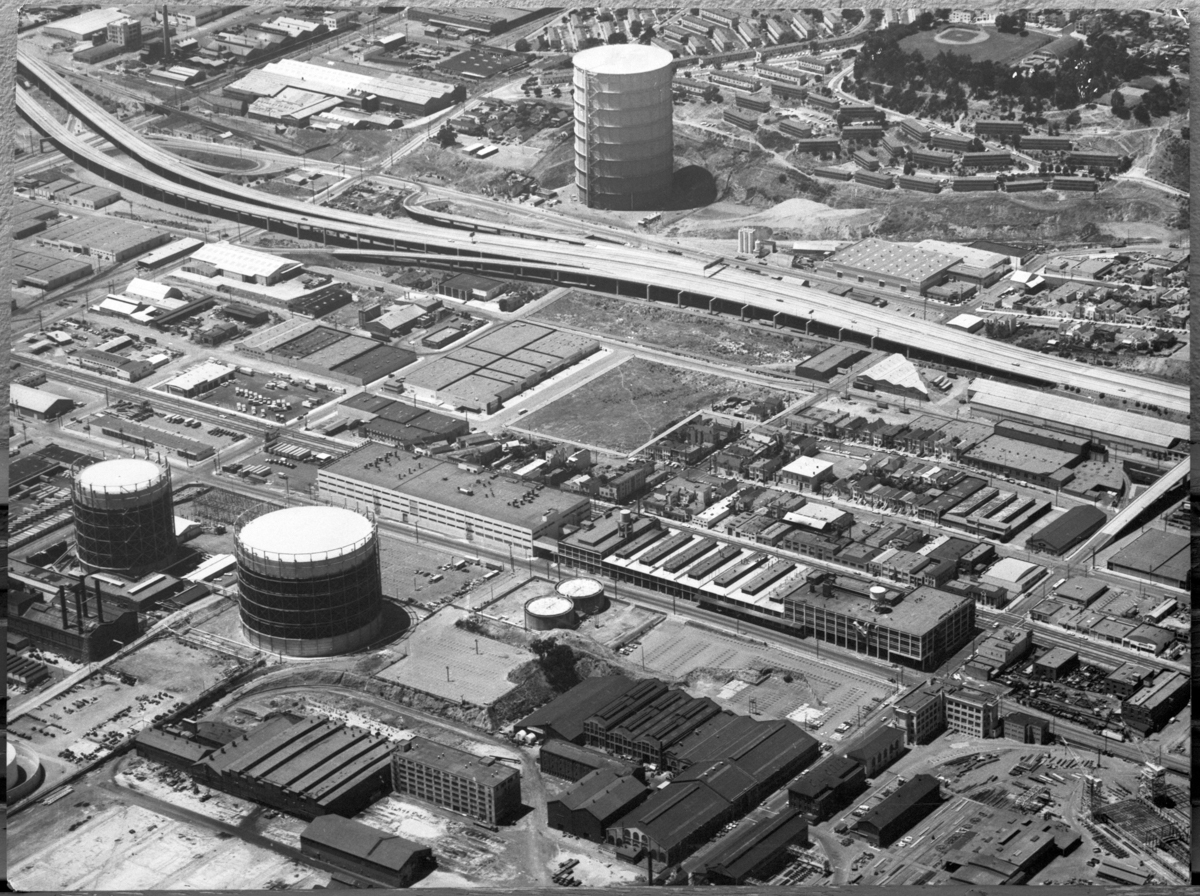 By the end of 1977, these two plots would become the Woods Division, providing much needed relief for the aging and undersized facilities in use at the time. In addition to a large bus storage yard, operations building and repair facility, Woods Division became the new home of the Cable Car carpentry shop where skilled Muni tradesmen and women build and repair our historic Cable Cars.

The Dogpatch area is a historic neighborhood that was once a working-class industrial area speckled with houses dating to the 1860s. Woods Division was built on the former Tubbs Cordage Company property, which had not been used in about 10 years. The two lots were filled with construction debris, stacks of old tires, and a handful of ramshackle buildings, which were all cleared away for the new bus facility. Not only did the construction of the Division give Muni a much-needed maintenance yard, but it also cleaned up a part of the neighborhood that had sat in decay for many years.

Today, the Dogpatch area has a demographic and economic identity that is different from the immigrant class, blue-collar industrial epicenter it was from the 1860s to 1990s. Some of the historic houses and buildings remain along with some smaller scale light industry, but gone are the Union Iron Works, rowdy saloons and boarding houses and billowing smokestacks of the past.