Love your Line? See It In Photos!

In honor of the approaching Valentine's Day holiday, we have a new way for you to indulge in your SF and Muni love!

After hitting a major milestone in our digitization project last year, we're ready to upload more than 1,000 newly archived photos and to celebrate we're launching a new (and fun) research tool on our historic photo website — photo galleries based on Muni lines! 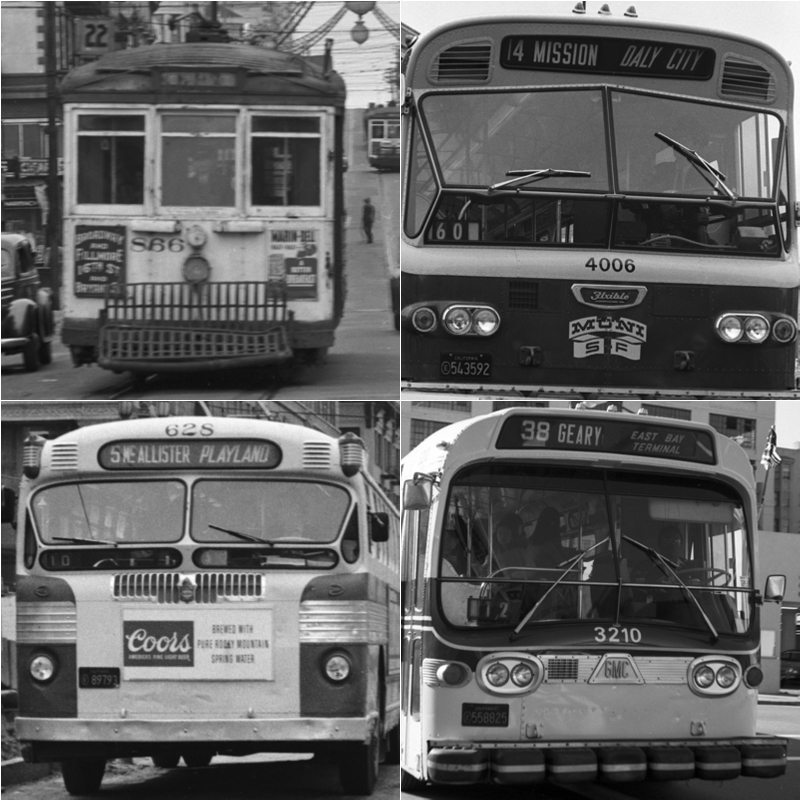 For the next four weeks leading up to the "San Francisco History Days at the Old Mint" event (we can't wait!), we'll be publishing a new gallery and short blog post featuring one Muni line per week. While we don't have photos of every line in the system, and we're still a long way off from having all of our 100,000+ images digitized, Muni riders and history researchers alike wil find lots to love in these new photo galleries. 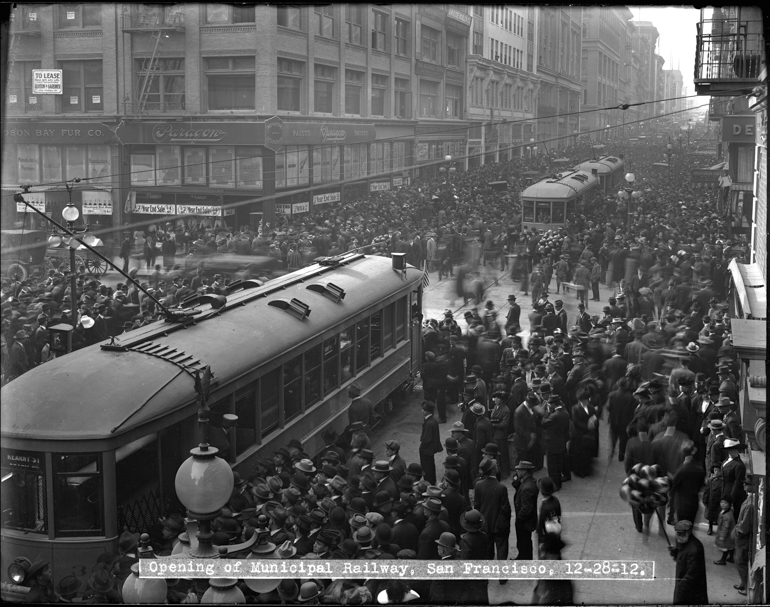 Opening of the Municipal Railway A Line Streetcar Service on Geary St. at Grant Ave. | December 28, 1912

Today, we launch our series with a short history of the line we now know as the 38 Geary. Geary Street — along with Geary Boulevard — has been an important public transit corridor since the 1880s when the Geary Street Park & Ocean Railroad Company first started cable car service on the road, opening up direct access from the Richmond District to Downtown. Some 30+ years later, Geary became the home of the new Municipal Railway and its first lines, the "A Geary-Park" and "B Geary-Ocean". Eventually, Geary Street service was expanded to include two more lines: the C, and D, which served California Street and Van Ness Avenue but followed Geary through downtown. 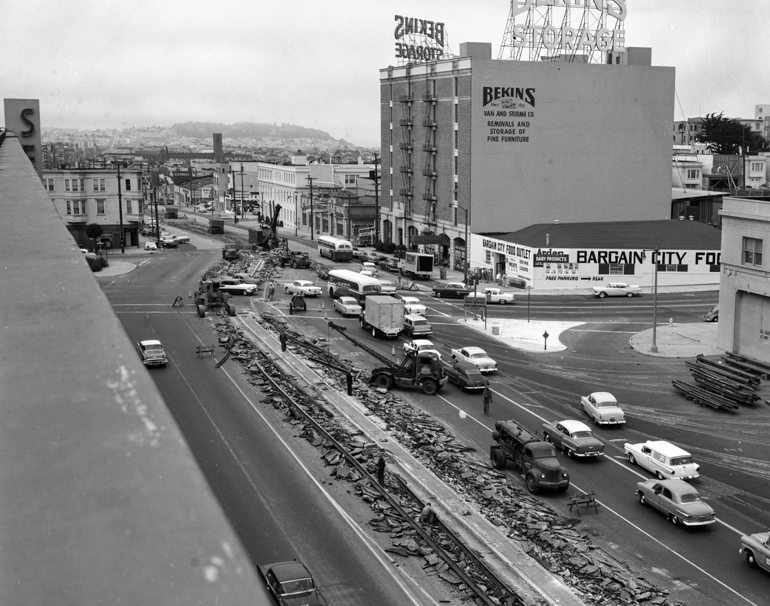 Streetcars ran on Geary until major changes came in the 1940s and '50s when all rail service was replaced with motor coaches, marking the birth of the "38 Geary" familiar to today's riders. During the post war years, transit systems across the nation were struggling and Muni was saddled with rising maintenance costs from old equipment and infrastructure compounded by unbearable competition from private automobiles. Unfortunately, the Geary streetcars were a victim of the times as rail service was then perceived as too costly too maintain given the reduced ridership and fare revenues. 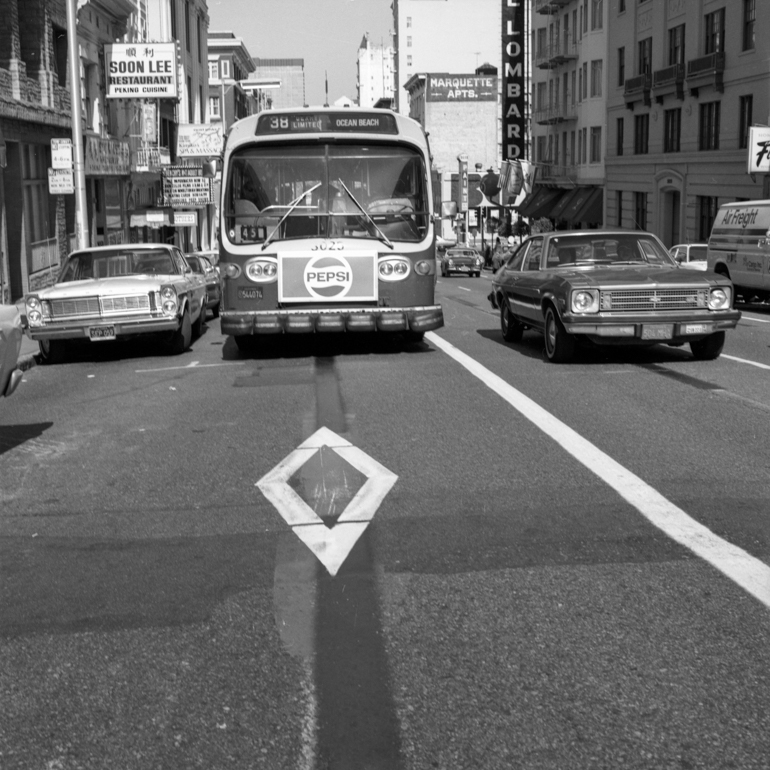 Not too much changed on the line until 1978 when Muni installed some of the city's first "Bus Only" lanes in an effort to speed up service through the downtown portion of the corridor. These lanes prohibited private automobiles from driving in the lane and clogging up the flow of the 38 buses. The lanes certainly helped by designating a priority space for public transit vehicles and marked some of the first steps taken under the city's "Transit First Policy".

Today, the Muni Forward initiative has implemented several improvements on the Geary corridor from new bright red transit only lanes and increased service as well as new articulated buses to help meet demand and improve vehicle reliability.  Also in the works is the Geary Bus Rapid Transit (BRT) project, a plan to make major improvements to provide better, safer and faster travel options from the Outer Richmond to Downtown

Stay tuned for more Muni line histories to come on this blog and check out the great historic photos we'll be posting on Twitter, Facebook and Instagram as well as the Muni line galleries we're unveiling over the next month on the SFMTA Photo Archive website!