Lower Stockton Street to Reopen to Traffic and Transit

Starting on Friday, February 22, Stockton Street between Geary and Ellis will reopen to traffic after being closed due to construction on the Central Subway. This street segment runs essentially from Union Square to Market Street -- directly above the new subway’s biggest station.

The reopened street allows the 8, 8AX, 8BX, and 91 OWL routes to return to their previous alignments on lower Stockton and 4th Street starting on Monday, February 25. This is great news for transit riders who will save about five minutes on their rides from Chinatown to SoMa and on to Visitacion Valley. Nearby merchants are likewise happy to see construction getting closer to being finished.

Longtime Muni customers will remember that the 45 Union/Stockton and 30 Stockton buses also formerly used lower Stockton and 4th Street. These trolley bus routes will begin their return to the previous route alignment later this year after construction in the area is farther along. 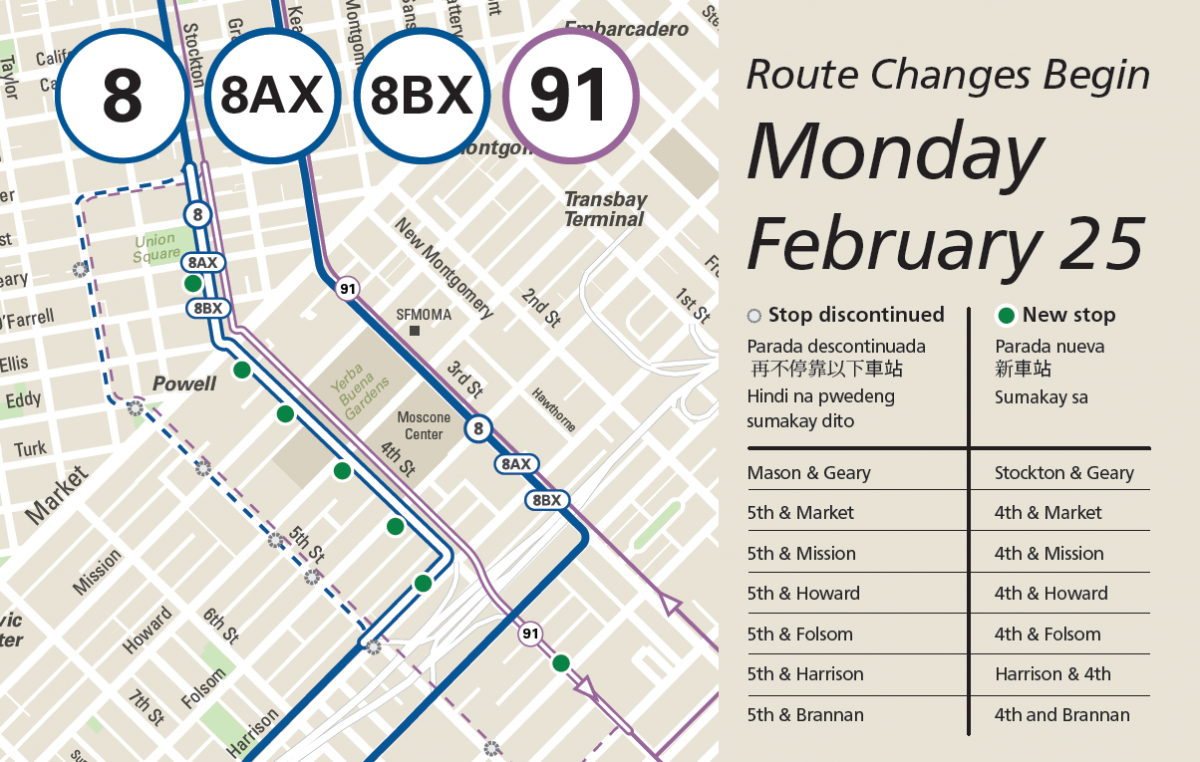 Map of changes to the 8 Bayshore and 91 OWL routes beginning on Monday, February 25.

Expected to be the busiest of the new stations and located in the heart of one of San Francisco’s key retail and hotel districts, the Union Square/Market Street Station also boasts some unique features. Its northern entrance is built directly into the southeast corner of Union Square while its southern end will connect directly to the existing Powell Street Station, allowing quick access to other Muni lines and BART. An underground walkway creates a passage between the entrances and down to the platform where customers can catch the train.

Rendering of the Union Square/Market Street Station under Stockton Street.

Due to the size and complexity of this station and tunnel, construction on this segment was done in the cut and cover method known as a "top-down" or "bottom-up" approach. This technique involves the construction of a box frame structure within a trench excavation. After construction, the whole section is later backfilled and sealed from the top. 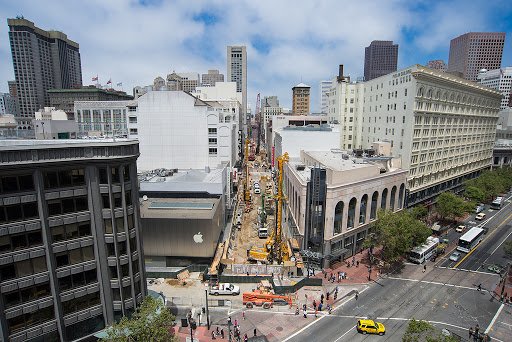 In partnership with the Union Square Business Improvement District and nearby merchants, each year during the holiday season, crews cleaned up and opened the street for the very popular “Winter Walk.” This wonderful celebration created a unique pedestrian space full of vendors, food trucks, performances and family activities. 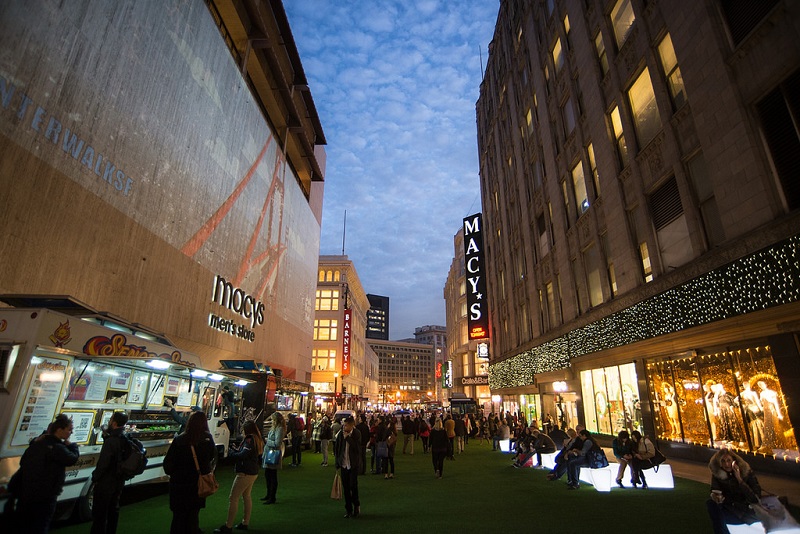 The Central Subway Project will improve public transportation in San Francisco by extending the Muni Metro T Third Line through SoMa, Union Square and Chinatown. By providing a direct, rapid transit link between downtown and the existing T Third Line route on 3rd Street, the Central Subway will vastly improve transportation to and from some of the city's busiest, most densely populated areas.

When the Central Subway is completed, T Third Line trains will travel mostly underground from the 4th Street Caltrain Station to Chinatown, bypassing heavy traffic on congested 4th Street and Stockton Street. Four new stations will be built along the 1.7-mile alignment: