Share this: FacebookTwitterEmail
By
Aaron Bialick (no longer with the SFMTA)
Thursday, October 20, 2016 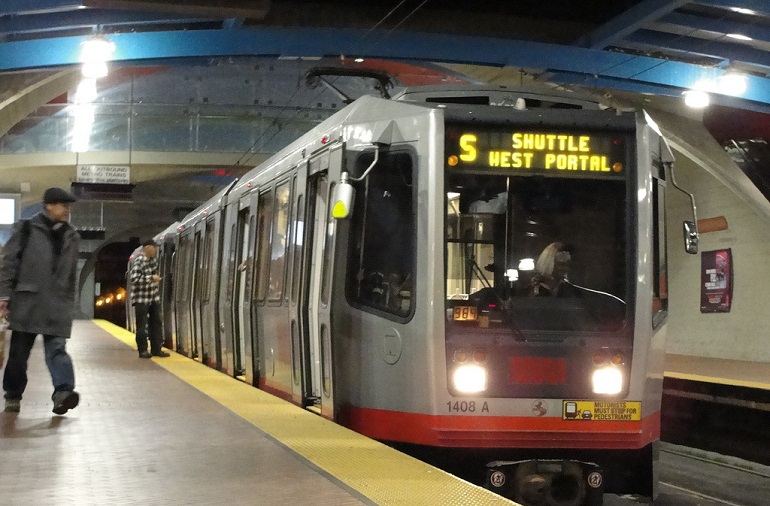 Starting Monday, November 7, two extra one-car trains will run during the morning rush hour in the Muni Metro subway between Embarcadero and West Portal stations. This focused service boost will reduce overcrowding and pass-ups at all of our underground stations.

This addition will build on the success we’ve seen on the N Judah in the last month after we added inbound trains that start service in Cole Valley. As a result, we’ve reduced pass-ups on the inner portion of the N during the morning rush by 63 percent.

We know how frustrating it can be when you can’t get on a packed Muni train. Adding “short trip” trains like these is a strategic way to use limited resources to provide more service where it’s needed most.

Extra subway service won’t just help commuters who board in the subway stations. With more space to go around for everyone, riders on all Muni Metro lines will have a roomier ride in the Twin Peaks / Market Street Tunnel.

Some Muni riders may remember the “Castro Shuttle” trains that ran some years ago between Embarcadero and Castro stations. Unfortunately, vehicle maintenance challenges and limited resources meant we had to pause that subway shuttle service to focus available trains on providing full-line Metro service.

Now, thanks to increased support and focused investments that have improved maintenance and operations, we’re proud to re-introduce regular weekday subway-only trains. And this time, they’ll run all the way from West Portal Station.

It’s worth noting that we have long provided similar extra Metro service to carry customers during major events like Giants games at AT&T Park. The main difference with the new service is that these trains will be built into the schedule every weekday morning.

We’re always looking for ways to make strategic service improvements like these, working within logistical constraints like the locations of available track switches to turn back trains.

Through Muni Forward, over the past couple of years we’ve added service on Metro lines on both weekdays and weekends, introduced double stopping in Metro stations and made improvements on the streets like smarter traffic signals and red transit-only lanes. Another major boost for Metro service will come next year as the first of our new Muni trains roll into service.