Skip to main content
HeadsUp: #FleetWeekSF Concert in the Castro today at Jane Warner Plaza from 5 to 6 p.m. The #FMarket will have a m https://t.co/hECuF7VnGH (More: 27 in last 48 hours)
Subscribe
Information Gladly Given 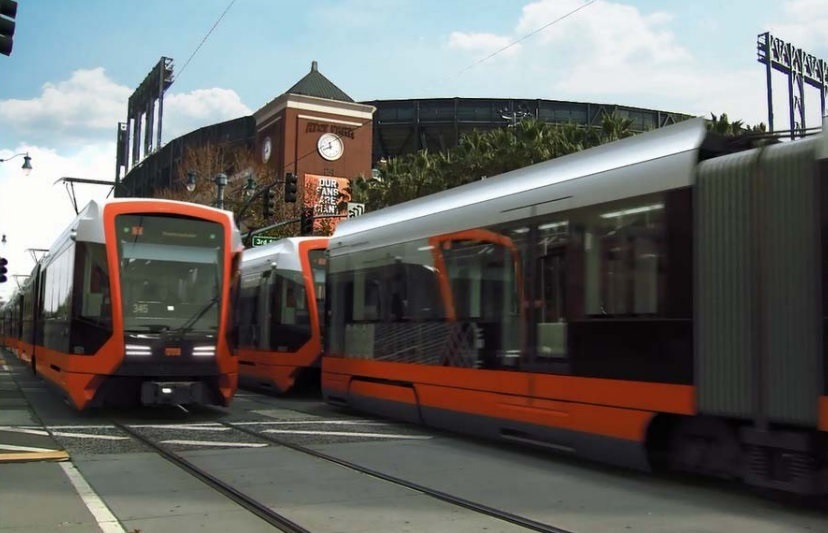 A rendering of one of new Muni trains running on King Street in front of AT&T Ballpark, ​as seen in a video produced by Siemens, the train manufacturer.

Muni’s new fleet of trains will make their debut on our streets next year. That’s a big deal — these vehicles will go a long way toward providing more reliable Muni Metro service and needed capacity for riders, not to mention bringing some neat new features.

Last week, Muni’s next Metro fleet achieved another milestone. The SFMTA received $45 million in cap-and-trade funds from the California State Transportation Agency (CalSTA) to buy 10 more of the trains in the plan.

The new trains (also known as light rail vehicles, or LRVs) are being built by the renowned manufacturer Siemens at its factory in Sacramento. They will replace our current fleet of 151 trains and expand it by 64.

With the new grant from CalSTA, which adds to the $41 million awarded for the train fleet from the cap-and-trade program last year, we now have the funding to replace the entire fleet and 42 of the additional trains.

The first of four initial trains now in production is due to arrive by the end of the year. They’ll be tested before starting service in 2017, and the rest of the fleet will roll out in phases by 2028. 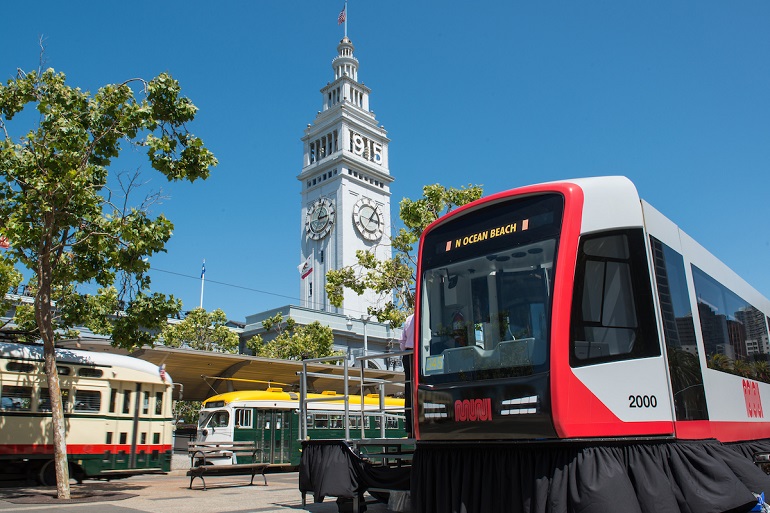 Last June, we gave San Franciscans a sneak peek at the design of the new Muni light-rail vehicles.

Compared to our current fleet, which started service in 1996, the new Siemens trains should be much more reliable. The new trains have systems that are proven to go significantly longer in between breakdowns and, therefore, require less maintenance. The new Siemens design is projected to run an average of 59,000 miles without breakdowns, which is more than double the minimum of 25,000 miles originally specified.

One big reason these trains will be so much more reliable is that they will have far fewer mechanical issues with the doors and raising steps, which are the single biggest cause of delays on the Metro system. The doors and steps on the Siemens trains have a modern design and assembly technique requiring fewer parts to perform the same functions.

The trains will collect energy as they brake, making more efficient use of the hydroelectricity powering our LRVs. And LED lighting will use up to 40 percent less electricity than standard florescent lighting.

As the first of Muni’s new train fleet near completion, we’re putting the final touches on the design. We’ve already crafted the design based on feedback from more than 8,000 Muni riders (.pdf) we collected in 2014 on aspects like seat configuration, new exterior design and a host of other features. A model of one of the train cars was also displayed in front of the Ferry Building last year for the public to tour. 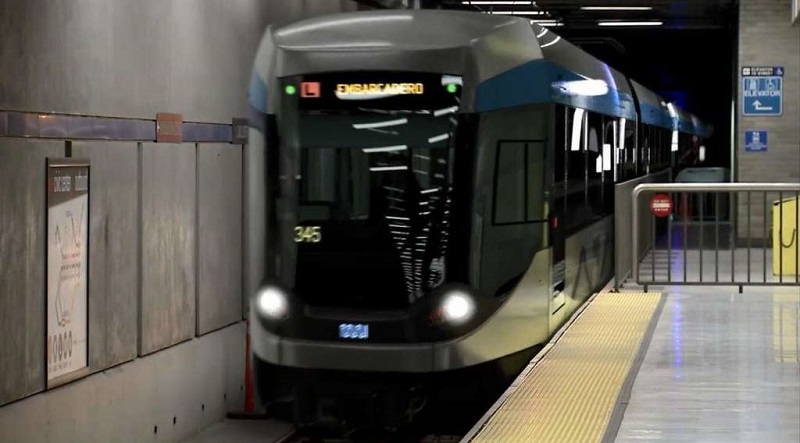 A Siemens rendering of a new Muni train entering Civic Center Station. (Note: This train model was an option not selected for the final design.)

We’ve also collected input from our Muni operations, maintenance and accessibility teams. Based on that, the SFMTA Board of Directors approved six new features (.pdf) last week to make the trains even better:

For a Metro fleet that will move hundreds of thousands of San Franciscans every day for about 25 years, we knew we had to get the details right. Our investment in these upgrades will help ensure this generation of trains mean fewer headaches for Muni’s customers and caretakers. It’s a sign of a commitment from us and our partners to helping Muni reach its full potential.