We've got a special treat in store for all you history and photo lovers, an exhibit of stunning photographs of the 1915 Panama-Pacific International Exposition opening today, November 12 from 4 - 8 p.m. at the Harvey Milk Photo Center! 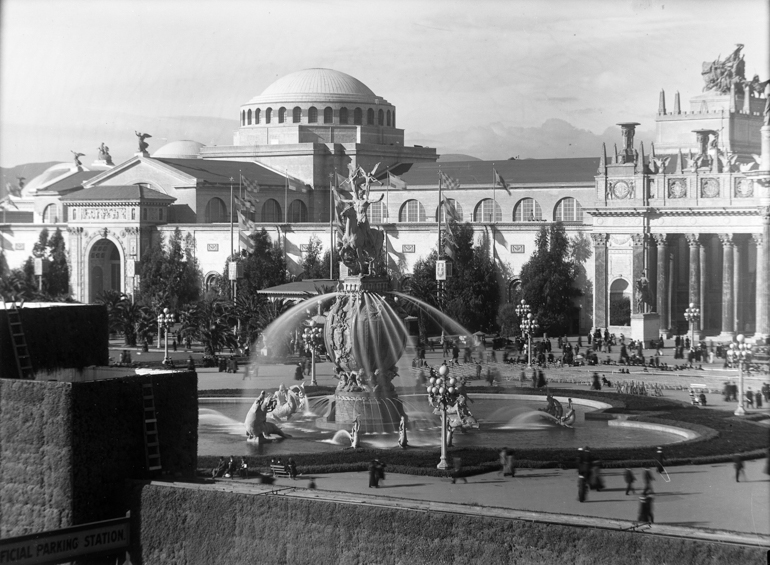 The Fountain of Energy at the Fair's Main Entrance | Circa 1915

Curated from the collections of the SFMTA Photo Archive, the SF Public Library and Moulin Studios and hosted by SF Recreation and Park Department's Harvey Milk Photo Center, this show is a sampling of amazing, largely unseen images that give a glimpse into the life and death of San Francisco's most extravagant public event. 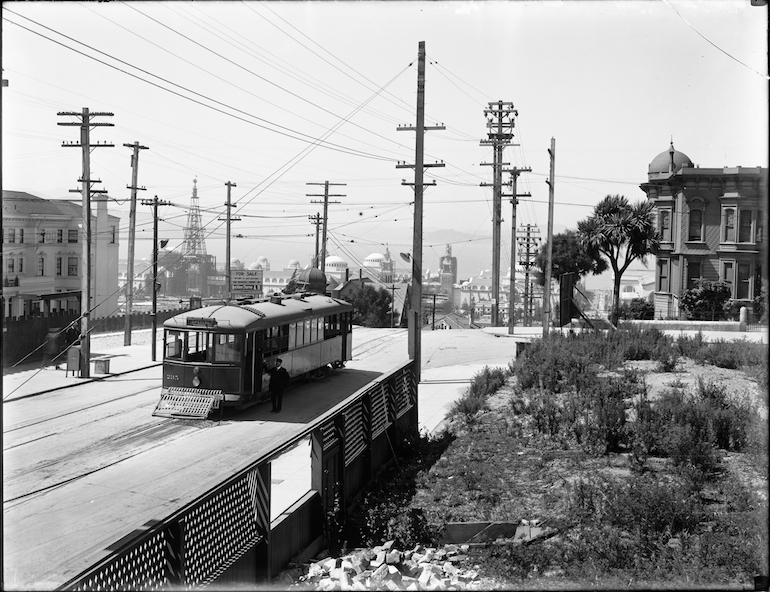 As we wrote earlier this year, 1915 was a huge year for Muni and brought about a massive expansion of the system in the short years prior to the February opening of the exposition. To mark the 100th anniversary of the fair, we got together with the San Francisco Public Library History Center and the Harvey Milk Photo Center to come up with a show that highlights our historic images in beautifully produced prints. From streetcar tracks to spectacular night views of the fair's mesmerizing light shows, these images are an eclectic mix that provides an atypical view of the fair and it's impact on San Francisco. 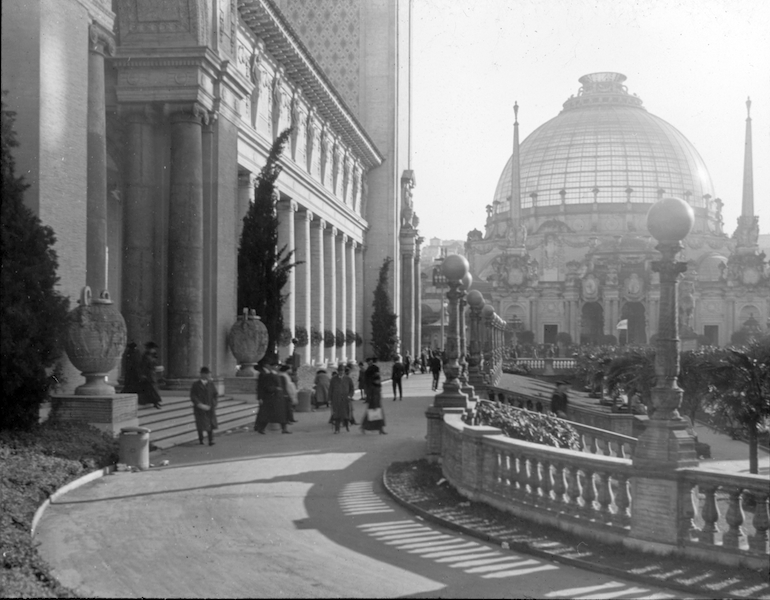 The images here are just a small sampling of the 40+ stunning photographs on display in the galleries of the Harvey Milk Photo Center and McLaren Lodge. The show will run from November 12 to December 23 and is a rare chance to see our images in print.

Join us tonight to celebrate the show and see even more great photos from these three incredible image archives all in one place!