As the term suggests, stationless bike sharing does not rely on fixed docking stations. In San Francisco, this means that stationless bikes would be parked at a bike rack or in the furniture zone of the sidewalk, which is the section of the sidewalk between the curb and pedestrian through zone where bike racks and other typical amenities, such as lighting, benches and utility poles are usually located. JUMP's bikes are located and unlocked using a smartphone app, pin code, or RFID member card. They also include an integrated lock that secures the bike to existing bike parking infrastructure. 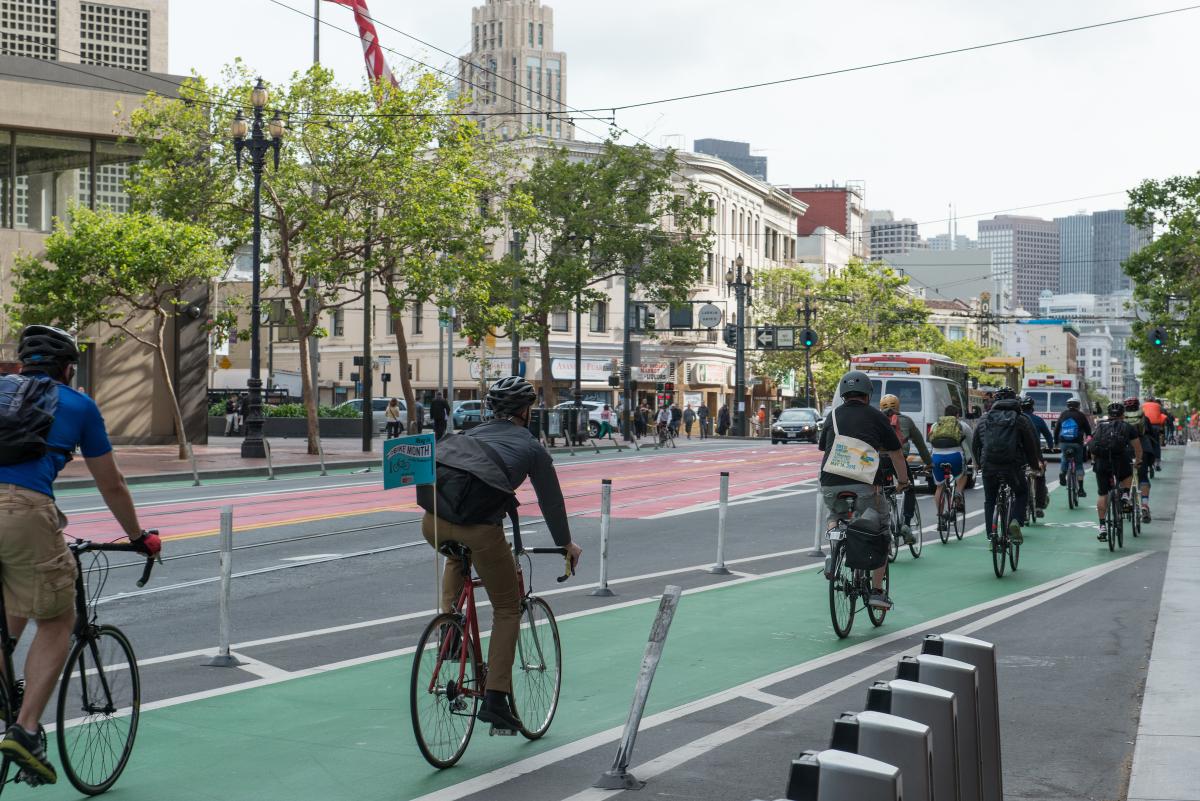 Globally, stationless bike sharing has been an emerging mode of bicycle mobility, with more than a few unknowns for U.S. cities. Since this will be the first stationless bike share permit issued by the SFMTA, and with JUMP being unique in their offering of electric stationless bikes, the JUMP permit will be offered as a pilot program for evaluation. The SFMTA will issue the permit for 18 months in order to evaluate, collect data, and assess whether further increases would serve the public interest. This model is similar to approaches the SFMTA has taken in the past, including using pilots and short-term permits to better understand the needs and impacts of emerging mobility services, such as on-street car sharing and electric moped sharing.

By the end of 2018, Ford GoBike’s expansion in the Bay Area will grow to 7,000 bikes at 546 stations, making it the nation’s second-largest bike-share program. Ford GoBike operator, Motivate International, also recently announced it will add electric bikes to its San Francisco fleet, beginning with 250 station-based electric bikes in April. Combined with the Ford GoBike expansion, the JUMP pilot allows for an unprecedented growth in shared bikes in San Francisco, with the SFMTA taking measures to study and manage the impact of bike share on San Francisco’s streets.