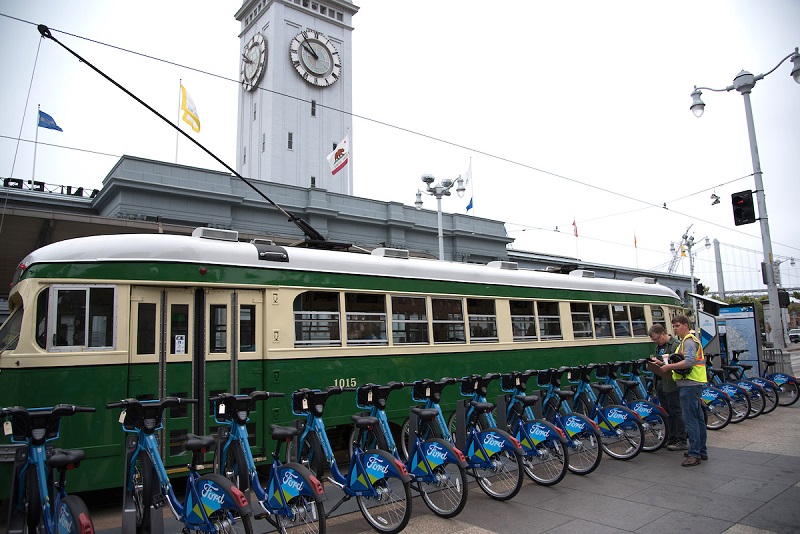 A Ford GoBike bike-share station in front of the Ferry Building on The Embarcadero.

By the end of 2018, Ford GoBike will grow to 7,000 bikes at 546 stations, making it the nation’s second-largest bike-share program.

New bike-share stations are hitting the ground now to grow the system in San Francisco to 1,750 bikes by end of the year. Expansions in the East Bay and San Jose are expected to begin the week of July 10.

The original fleet of 700 bikes, launched as a pilot project in 2013 under the name of Bay Area Bike Share, was "very modest but successful," said SFMTA Director of Transportation Ed Reiskin at a press event yesterday. "Today marks the day we build on that success and blow it out of the water, increasing bike-share in the region by tenfold." 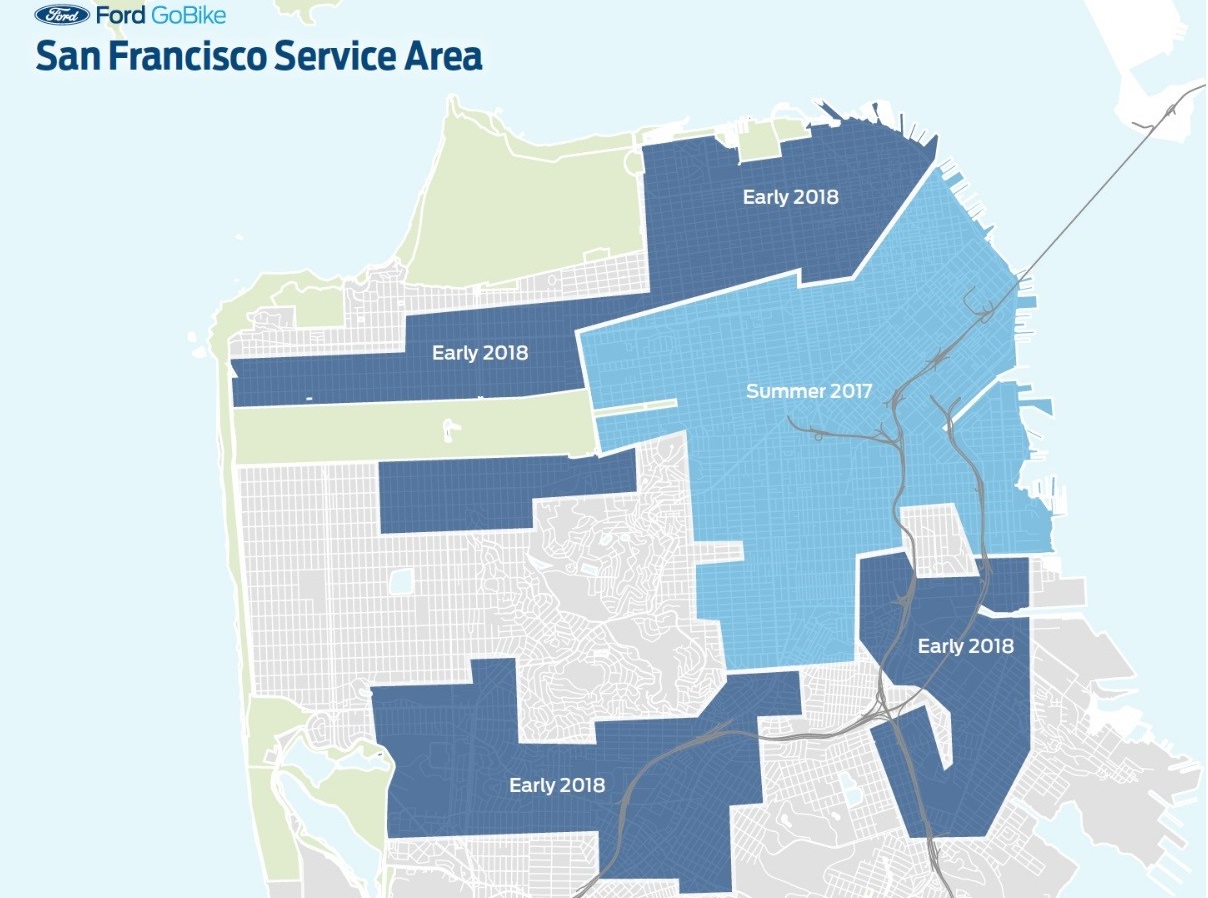 Areas in San Francisco set to get Ford GoBike stations. Image via Ford

By the end of this summer, the first wave of new Ford GoBike stations in San Francisco will expand out from the original downtown area to neighborhoods like the Mission, Dogpatch and the Western Addition.

In early 2018, bike-share will come to outer neighborhoods like the Bayview, Ingleside, Richmond and Marina districts. By the end of 2018, the city's fleet will expand to 4,500 bikes.

Ford GoBike will also introduce bike-share to Oakland, Berkeley and Emeryville in the East Bay, and expand the system in San Jose. By Labor Day (September 4), the entire system (including San Francisco) will have 3,500 bikes at 332 stations. By the end of 2018, it will grow to 7,000 bikes at 546 stations.

As the revamped system makes bike-share convenient for people in many more neighborhoods, new payment systems also make it easier to use and more equitable. You can rent a Ford GoBike on the street with your Clipper card or a smartphone app, and the system features "Bike Share for All," a program focused on providing equitable access for residents enrolled in low-income programs like Muni Lifeline Passes.

Ford GoBike is operated by Motivate and administered by the regional Metropolitan Transportation Commission. Thanks to Ford's sponsorship, the system is run without any cost to taxpayers except for services provided by agencies like the SFMTA to permit station locations.

Check out Ford GoBike's website for details and updates on expansion plans, a map of existing stations, information on pricing and more.