Skip to main content
ATTN: Due to staffing levels, there may be extended wait times on the L Bus, 5 Fulton, 23 Monterey, 27 Bryant, 29 S https://t.co/LJSRKRCm1M (More: 15 in last 48 hours)
Subscribe
Streets: At a Glance

If you’ve been pretty much anywhere in San Francisco (or most major cities in the U.S., Canada and Australia), you’ve probably seen these stencils on certain streets around the cities. 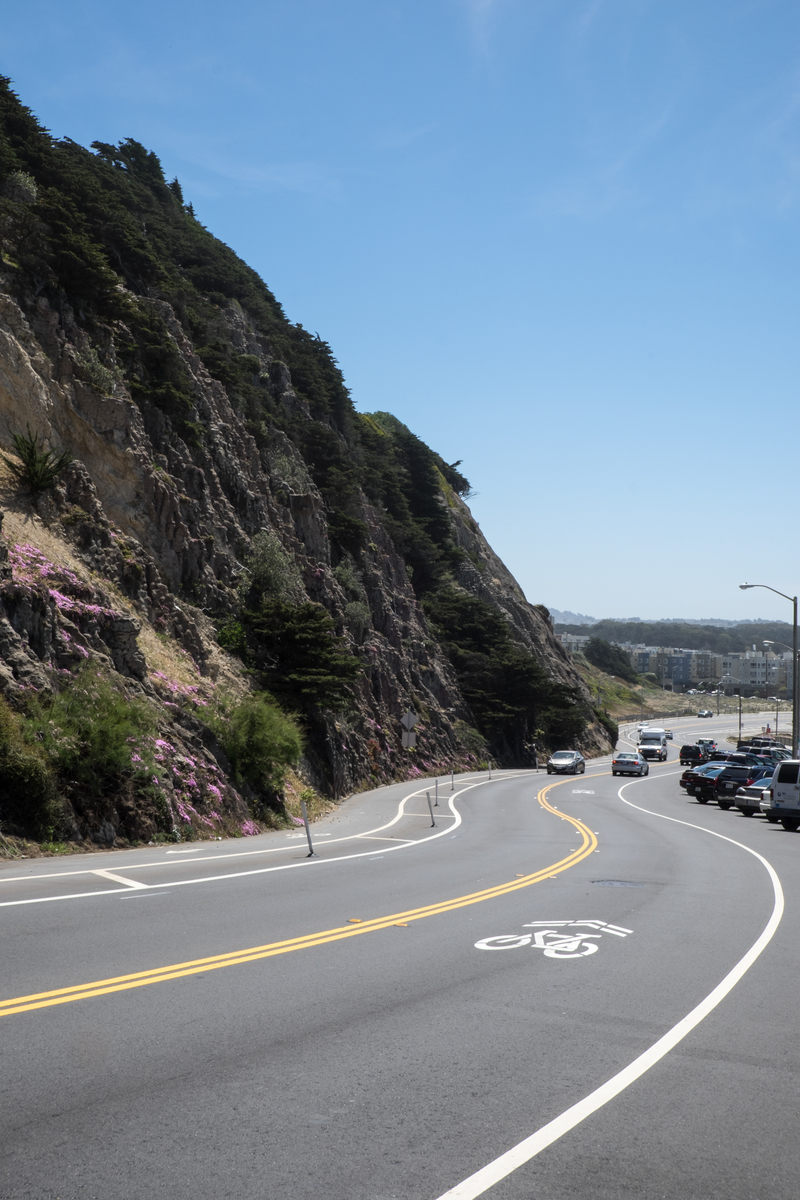 This sharrow on Point Lobos Avenue on the way to Great Highway offers one of the best views in town. Photo taken May 12, 2014.

Called “sharrows” – or Shared Lane Markings – we use them on the San Francisco Bike Network to alert drivers that they may see bicyclists sharing the travel lane. They’re also placed in a way to help remind bicyclists to avoid riding where they might collide with opening car doors.

As of this summer, there are 145 miles of streets with sharrows in San Francisco, including 3.5 new miles installed this year. We’re also excited to be installing another 16 miles in the coming months to complete markings on streets that aren’t scheduled for paving or bike lanes in the near term. Some of the white markings will go directly onto the pavement, and others will get a more visible green background underneath. 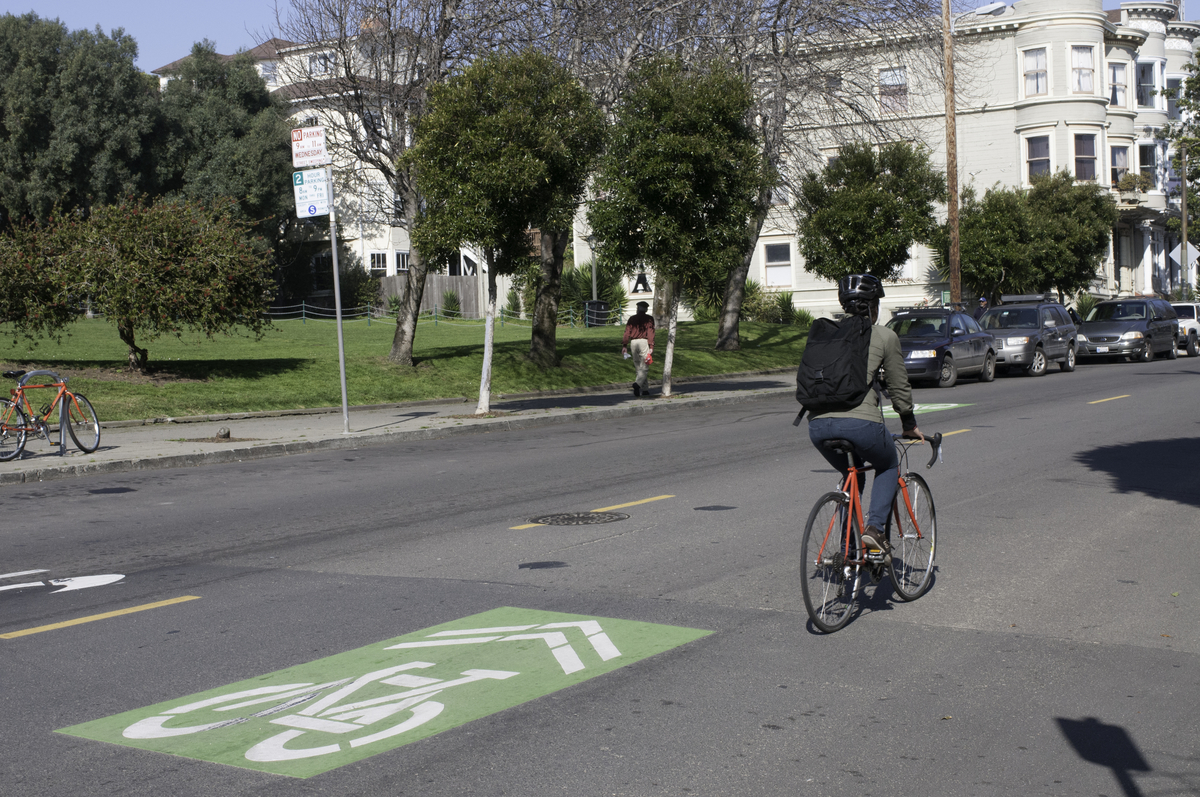 Sharrows are a low-cost way to call out the streets people on bikes are using to get between major bike routes in the city, and on top of that, they’re effective. In the mid-2000s, San Francisco planners and engineers took an in-depth look at sharrows and proved that streets with the markings showed better, safer behavior from drivers and bicyclists alike. The Federal Highway Administration also found that sharrows increase driver awareness of bicyclists and can also reduce sidewalk riding.

So enjoy the fresh paint, and please remember to share the road!