A Short Stretch on Judah Street

Freshly painted this week are new bike lanes and share-the-road markings on Judah Street between 5th and 7th avenues.

The goal here is connectivity.

A new westbound bike lane on Judah from 5th to 7th avenues connects to an existing bike lane that starts on 7th Ave. and Judah. The 7th Avenue bike lane brings folks from the Sunset District to neighborhoods like West Portal, Forest Hill and Laguna Honda (and vice versa.) 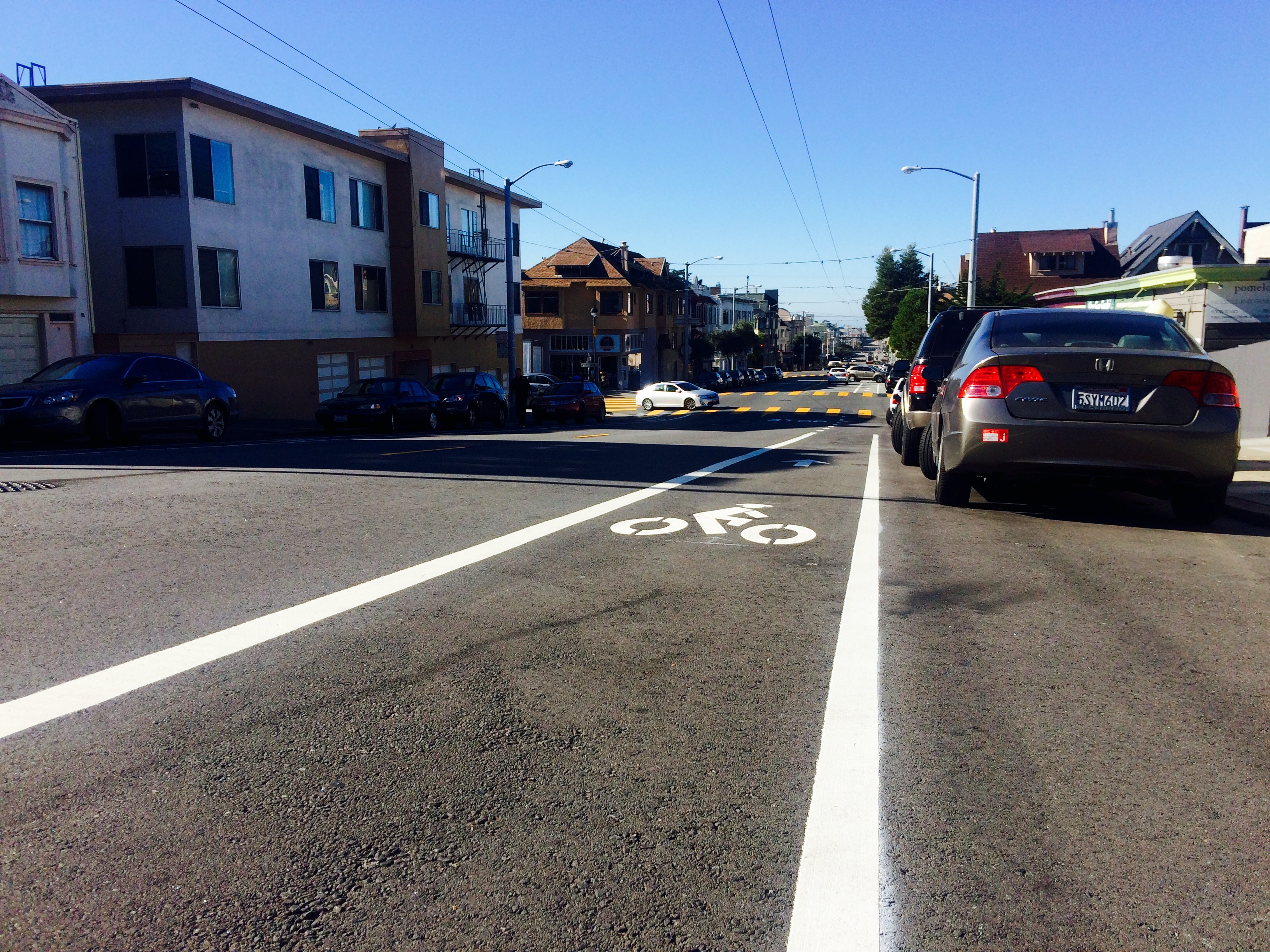 In the eastbound direction on Judah, new “share-the-road” bike markings were installed between 6th and 7th avenues and a new bike was created between 5th and 6th avenues. These improvements provide a better connection for people riding north on 7th Avenue to bike routes that connect to Kezar Drive in Golden Gate Park and the UCSF Medical Center.

Small improvements like these not only create a safer and more comfortable experience for people on two wheels, they also fill in gaps in our city’s bike network, better connecting San Francisco’s bike lanes, routes and paths.

It can sometimes be difficult to visualize where these improvements are exactly, so check out the 2014 San Francisco Bike Network Map as a reference.

You’re also able to request a free map sent to you with a San Francisco Bike Guide as well, so fill out the request form while supplies last!