Skip to main content
UPDATE: The 48 and 67 continue to reroute around the area of 24th btwn Shotwell and Folsom. https://t.co/UQ0vJNDL1h (More: 34 in last 48 hours)
Subscribe
On Tap

Spring Forward With A Bang!

The first big event weekend of the year is here, and it’s a doozy. Lunar New Year festivities continue in Chinatown with the Chinese Community Street Fair & Parade. Little League Baseball kicks off with the Opening Day Parade through Cow Hollow and the Marina. In the Bayview, it’s delicious food and live music at the 35th annual Black Cuisine Fair. Plus, we spring forward as Daylight Saving Time begins on Sunday. If you still happen to have a manual watch or clock, remember to set it forward one hour.

The pomp and pageantry of lion dancing, rhythmic sounds of firecrackers and a cavalcade of elaborate floats and costumed participants including crowd favorite, “Gum Long” the impressive 268 foot long golden dragon, will be on full display at the Chinese New Year Parade, celebrating the year of the ram.

Due to street closures and lots of crowds, traffic will be heavy. Help ease congestion by using Muni Metro subway service to Powell Station.

Sunday Streets is back and kicks off the 2015 season with over three miles of street activities accompanied by stunning and picturesque views along The Embarcadero waterfront. It will be a day of fun with music, roller disco, Zumba and more, plus Fisherman’s Wharf will be hosting Family Day at the Wharf as part of the festivities.

Muni service note: The 39 Coit will have a re-route, while the F Market, N Judah and T Third lines may see delays along The Embarcadero. 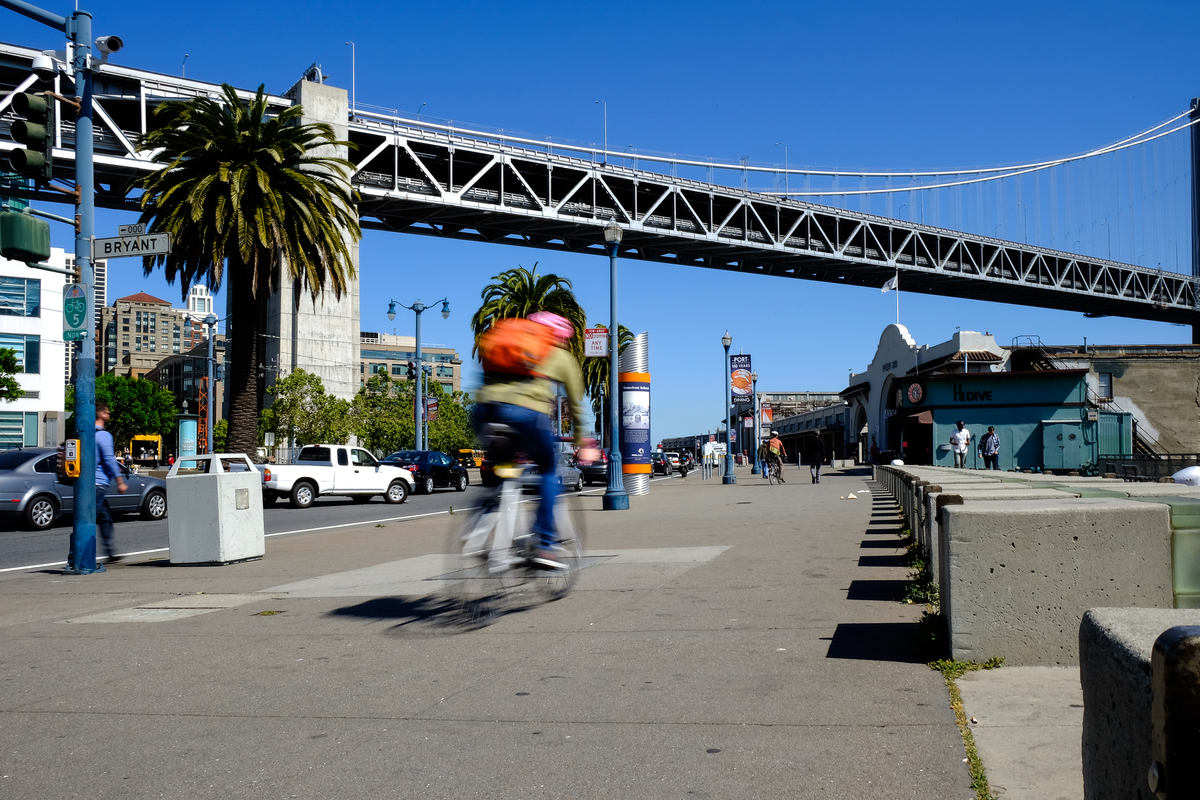 A bicyclist enjoying a sunny afternoon along The Embarcadero, May 14, 2006. SFMTA Archive