Share this: FacebookTwitterEmail
By
Amy Fowler
Tuesday, June 2, 2020
Watch a time-lapse video of the Steiner bridge being removed

The pedestrian bridge at Geary Boulevard and Steiner Street was removed—mostly without a hitch—over Memorial Day weekend in preparation for safety improvements at the street level planned starting this fall. Despite a minor snag at the beginning of the work, the 58-year-old overpass was safely taken down and the streets reopened a day ahead of schedule. We captured the action with a time-lapse video.

Crews initially had some difficulty dislodging the northern section of the bridge span—the first of three box-girders each weighing over 60,000 pounds. The bridge had been seismically retrofitted in 1996 including the addition of thick steel restraining pipes that proved stubborn. But with the help of a saw, a blowtorch and precision hydraulic hammering, they were able to cut through and lift the northern segment out to be processed off-site. Crews then switched tactics for the remainder of the work and demolished the bridge in place.

There are some smaller tasks remaining over the next few weeks, including demolishing the spiral ramp foundation on the southwest corner, removing a pier foundation in the northwest corner sidewalk and streetlight work.

The bridge removal is part of the Geary Rapid Project, a larger effort to improve transit and safety along the Geary corridor. After utility upgrades are completed, the intersection at Steiner will be transformed again with safety and accessibility improvements for people walking. New sidewalk extensions at intersection corners will shorten crossing distances, and improved crosswalks with larger median refuges will be installed on both sides of the intersection, along with an upgraded traffic signal. The bridge landing areas will also be renovated with new amenities for the adjacent Hamilton Recreation Center and Raymond Kimbell Playground later this year.

Learn more about why the bridge was removed and what’s planned for the future. 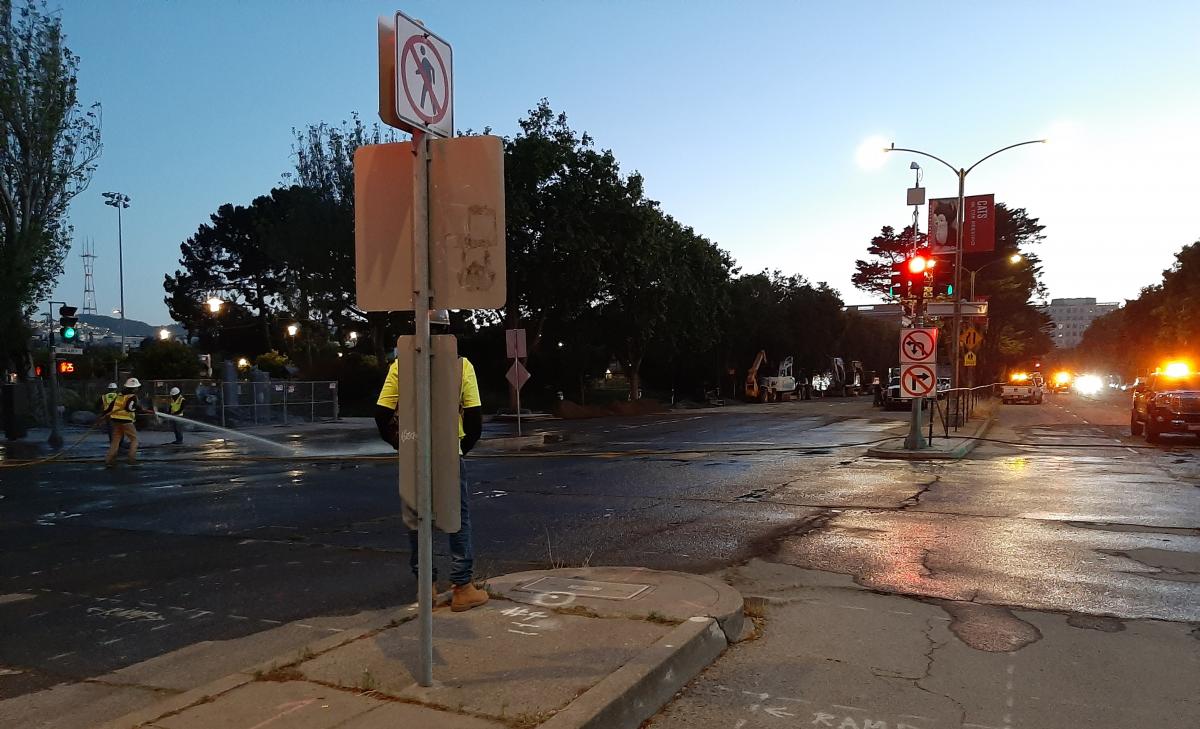 Crews cleaning up after removing the Steiner bridge. One nearby resident we spoke with was happy to discover that, with the bridge gone, he now has a view of Sutro Tower.