A Tragic Reminder: SF Must Use All Tools Available to Save Lives on Our Streets

Share this: FacebookTwitterEmail
By
Aaron Bialick (no longer with the SFMTA)
Thursday, June 23, 2016

Yesterday evening, our city saw two separate vehicle crashes that tragically cost the lives of two women traveling by bike. In both cases, the drivers were speeding and attempted to flee the scene. Both crashes caused the needless loss of life.

According to the San Francisco Police Department's press release this afternoon, "Both incidents remain active and open investigations. Investigators are following up leads from the Golden Gate Park collision, but are appealing for public assistance. Anyone with information on either collision is asked to contact the SFPD Anonymous Tip Line at (415) 575-4444 or Text a Tip to TIP411 and begin the text message with "SFPD." 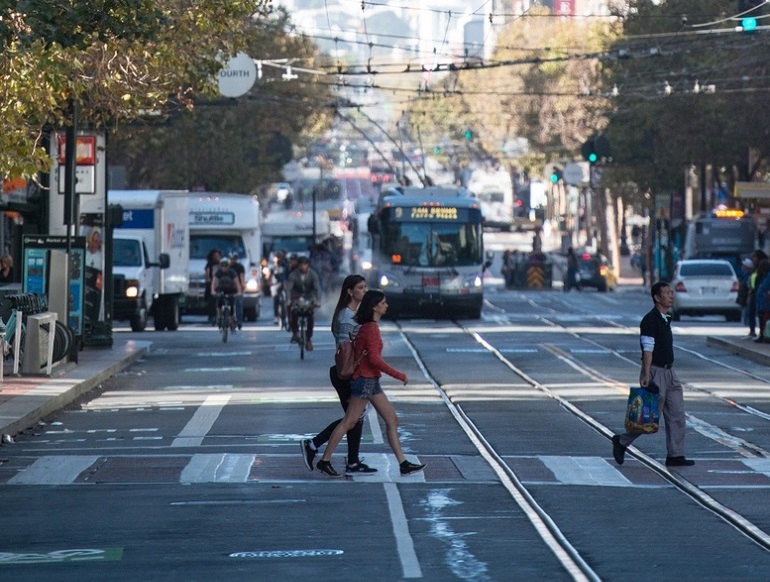 San Francisco is treating traffic fatalities as a public health crisis to create streets where everyone can feel safe.

The first collision occurred on John F. Kennedy Drive in Golden Gate Park, where a woman was hit on her bicycle by the driver of a car who witnesses say was speeding and driving erratically. The driver is still at large.

The second crash took place at Howard and 7th streets, where a driver reportedly ran a red light and hit a woman biking. The driver initially fled, though he later stopped after a witness confronted him and convinced him to remain where he was. The driver was later arrested.

When a driver runs away from their responsibility to stop and help a victim, that’s simply criminal. We’re working with the police department to do everything we can to identify the remaining perpetrator and bring them to justice. Unfortunately, about 14 percent of all severe and fatal crashes in San Francisco are felony hit-and-runs.

This was an exceptionally tragic day for San Francisco, where signs otherwise indicate that our efforts to make bicycling safer are working as more people choose it as a way to get around.

It’s a jarring reminder of how far we have to go to make the streets safe for everyone.

With our commitment to Vision Zero, we’ve said that traffic fatalities -- like those caused by reckless speeding -- are unacceptable. That’s why we’re working with our city partners and the community to end them with a combination of engineering safer streets, education programs and traffic enforcement to keep all street users safe.

Over the next few years, San Francisco will see an unprecedented number of infrastructure projects that will transform entire corridors to make them safer for people walking, biking and driving, including bringing speeds down. And we’re working with the SF Police Department to achieve its data-driven “Focus on the Five” goal of prioritizing traffic enforcement towards the most dangerous driving behaviors (including speeding and red-light violations) on the most dangerous streets.

But police can’t be everywhere at once.

Automated speed enforcement is a tool that has been proven in scores of cities across the United States and abroad to reduce excessive speeding and severe and fatal injury traffic collisions.

Automated speed enforcement is focused on excessive speeding, not penalizing drivers for going a few miles an hour over the speed limit.

It’s also not about revenue. We would hope to never issue a ticket from a speed camera. That would mean people were driving safely, which is what everyone wants.

Unsafe speed is the leading factor behind fatal and severe injury collisions in San Francisco. If a person is hit by a vehicle traveling at 20 mph, there is a 90 percent chance of survival. But at 40 mph, that rate drops to 20 percent. 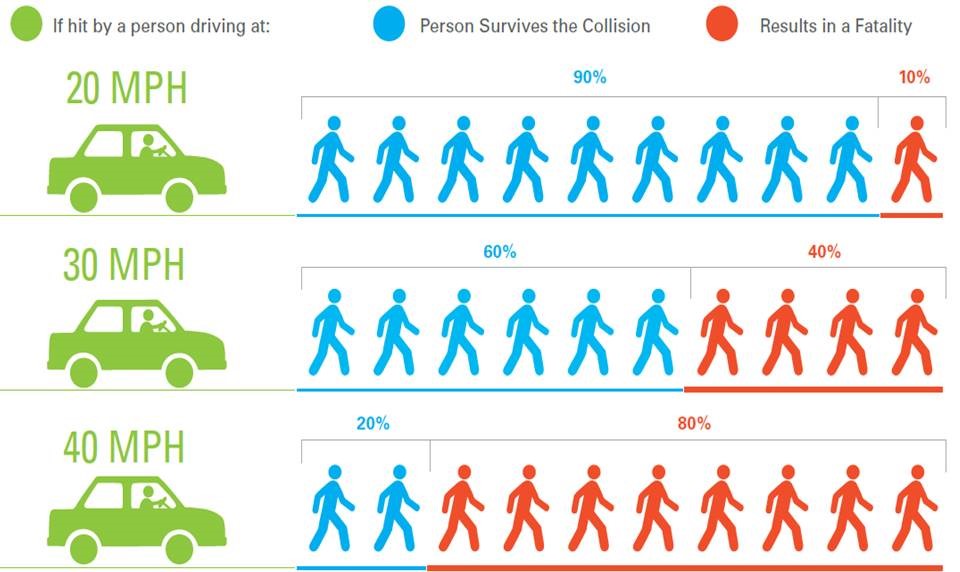 Yet while 141 communities across the United States have automated speed enforcement programs, this tool is not yet legal in California. This is a life-saving technology, and it’s time for state law to change.

We may not be able to stop all reckless behavior on our streets, but it’s everyone’s duty to use every tool available to save lives.

If you want to show your support for Automated Speed Enforcement, you can sign Walk SF's petition.