Skip to main content
UPDATE: The 48 and 67 continue to reroute around the area of 24th btwn Shotwell and Folsom. https://t.co/UQ0vJNDL1h (More: 34 in last 48 hours)
Subscribe
Streets: At A Glance

Transit Bulbs: Improving Your Walk and Your Ride

Share this: FacebookTwitterEmail
By
Rachel Hyden (no longer with the SFMTA)
Friday, February 6, 2015
If you ride Muni, you may have experienced the frustration of being on a bus that can’t pull out from a stop because of traffic blocking the way. We have a fix for this problem that we’ve been implementing all over the city. It’s called a transit bulb, and it‘s designed to provide a smoother, more reliable ride.
Transit bulbs are sidewalk extensions at transit stops that allow Muni vehicles to stop for passengers without having to pull over. This means buses no longer have to merge in and out of traffic at transit stops, and passengers can board more quickly and easily since the steps line right up with the curb. They also provide more space for people walking or waiting for their bus and even make it safer to cross the street.
As part of Muni Forward, we’re planning to install more than 150 new transit bulbs along our Rapid and Transit Priority Network, which include routes and lines that carry more than 70 percent of Muni customers. Just recently, along McAllister Street, we installed four new transit bulbs at Divisadero and Fillmore to improve the 5 Fulton, which is part of the Rapid Network.
Transit bulbs might not be the shiniest tool in the box, but they make a big difference in our effort to make getting around safer and easier. 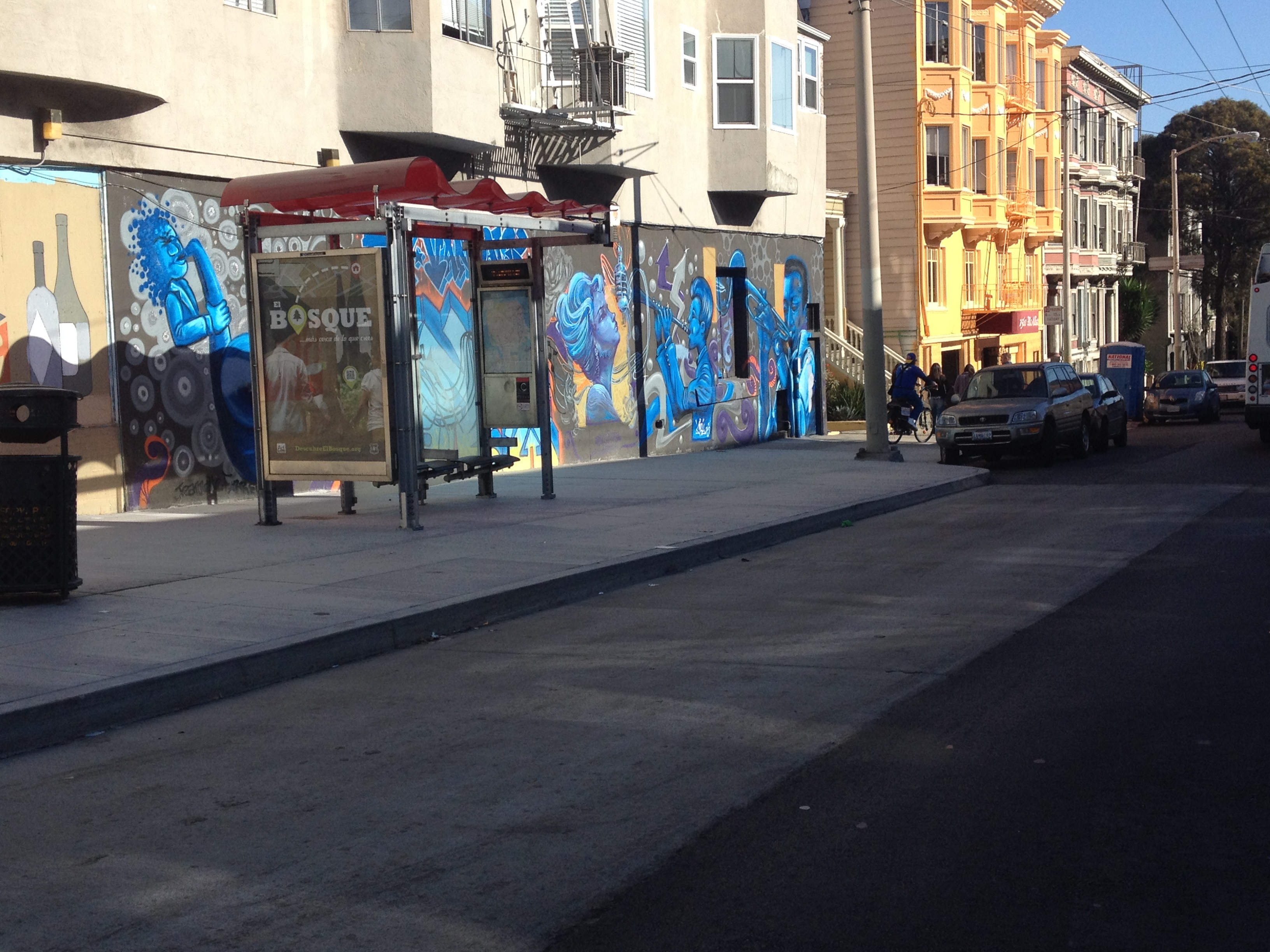