This Memorial Day Weekend, crews will be performing important work inside the Twin Peaks Tunnel to prepare for the upcoming extended closure. The tunnel closure provides an opportunity to test out the transit plan for this summer’s two-month closure. The plan aims to keep people moving, even without regular train service on the K, L and M lines.

The work over the weekend will help prepare for the temporary closure of the 100-year old Twin Peaks Tunnel scheduled for late June. While we know construction and bus substitutions are not most people’s idea of fun, we are excited to give the tunnel that connects Castro to West Portal through Forest Hill station a much needed upgrade. Once complete, the Twin Peaks Tunnel will have new rails, improved safety systems and will be seismically upgraded for the future -- trains will be running smoother, safer and more reliably.

With consultation from transit riders, local merchants and residents, we developed the below transit plan to serve K, L and M customers during the Twin Peaks Tunnel Closures: 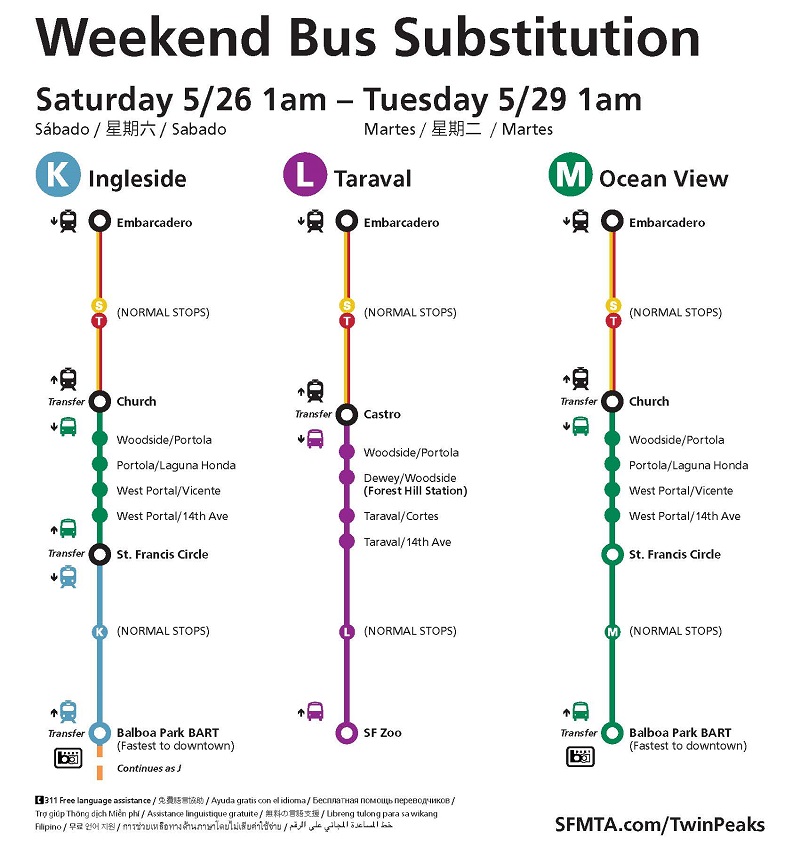 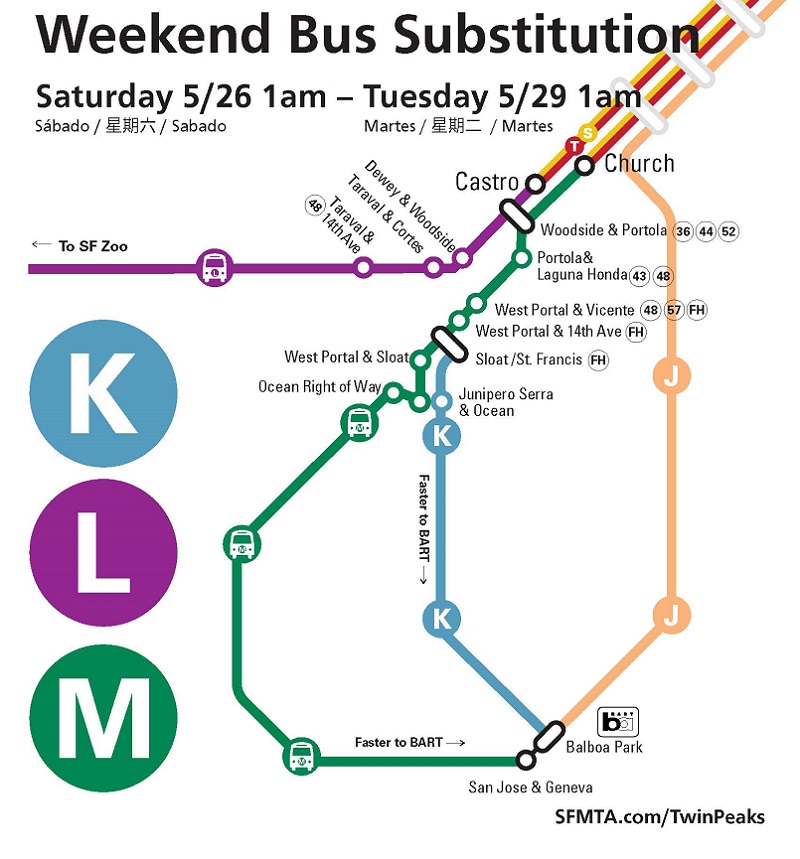 Saturday, May 26 through Monday, May 28: During Memorial Day weekend, the Twin Peaks Tunnel will be close after regular train service late Friday night and will remain closed until regular service starts early morning on Tuesday, May 29. There will be bus substitutions for K, L and M lines for the whole weekend. West Portal and Forest Hill stations will be closed for the weekend.

Buses will serve regular stops between the zoo and Taraval & 17th Avenue.

All L buses will end at Castro Station. Customers heading downtown can transfer to T Third or S Shuttle trains at the station.

L buses will not service the following stop locations:

All M buses will end at Church Station. Customers heading downtown can transfer to shuttle trains in the station.

M Buses will not service the following stops:

The Forest Hill Shuttle Bus will connect between L and M buses and K trains. It will also be a key way to travel between the Forest Hill Station area and the West Portal corridor.

The shuttle will stop at the following locations:

L OWL and 91 OWL buses will be rerouted via 14th Ave and Vicente. Transfer between 91 and L buses at West Portal Ave & Vicente.