Union Square Winter Walk Is Back!

‘Tis the season for shopping districts to take a break from around-the-clock construction. It’s also time for a little more open space to relax and enjoy a Union Square-area holiday transformation.

The Central Subway construction area on Stockton will look very different until January 2, and two blocks of the work zone have been converted into a pedestrian-friendly green plaza with synthetic turf, casual benches and festive lampposts. 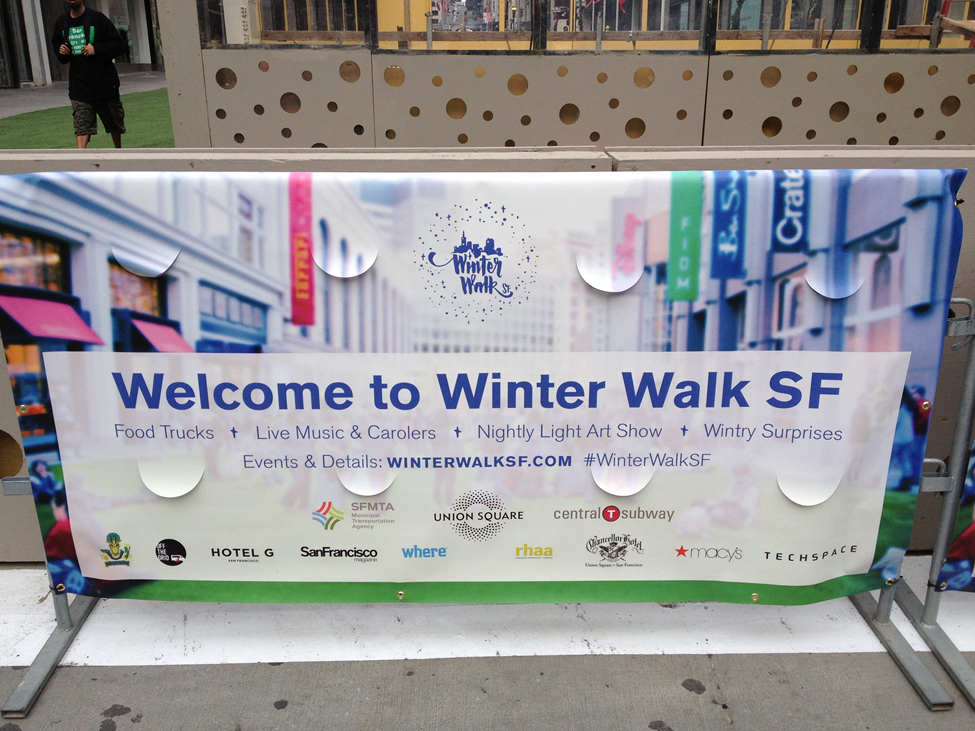 Stockton Street between Geary and Ellis is transformed into a pop up pedestrian plaza.

It’s the second annual Winter Walk, organized by the Union Square Business Improvement District with help from the SFMTA. This year there will also be light shows, food trucks, San Francisco-centric live performances such as Velocity Circus and a variety of other attractions set in the pop-up plaza along Stockton Street between Geary and Ellis. Visit WinterWalkSF.com for event schedule and details.

During the rest of the year, the SFMTA’s Central Subway team is constructing a modern, efficient light-rail line that will substantially improve public transportation in San Francisco when it opens in 2019. The project will extend the T Third Line and provide a straight shot from the Caltrain Station at 4th and King streets to downtown. It will feature new stops in SoMa, Yerba Buena, Union Square and Chinatown. With more than 50 percent of the work done – and two tunnels for the trains completed – the team is now focused on building stations and installing track and signal equipment.

Here are some shots showing the transformation of the Union Square station construction site into a “grassy” pop-up plaza: 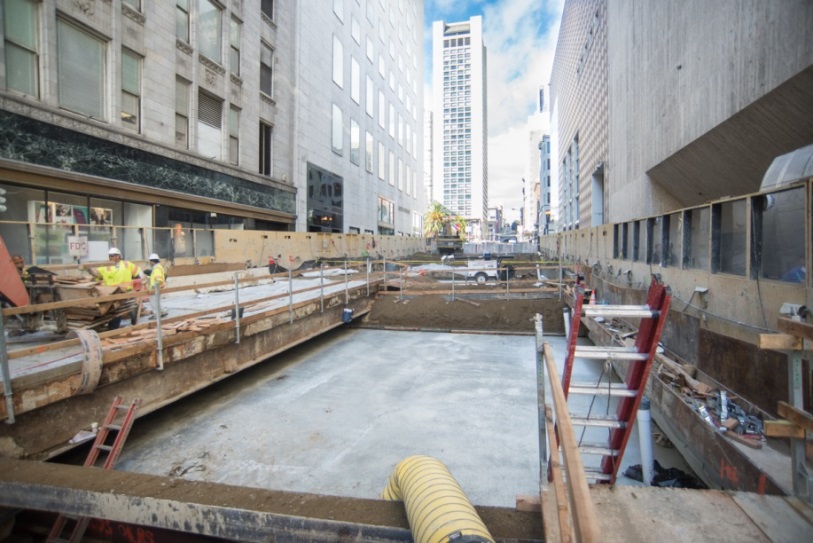 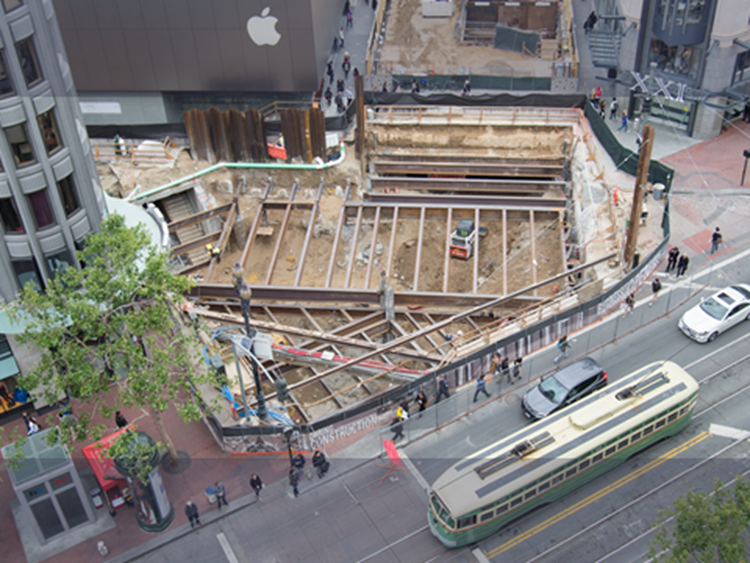 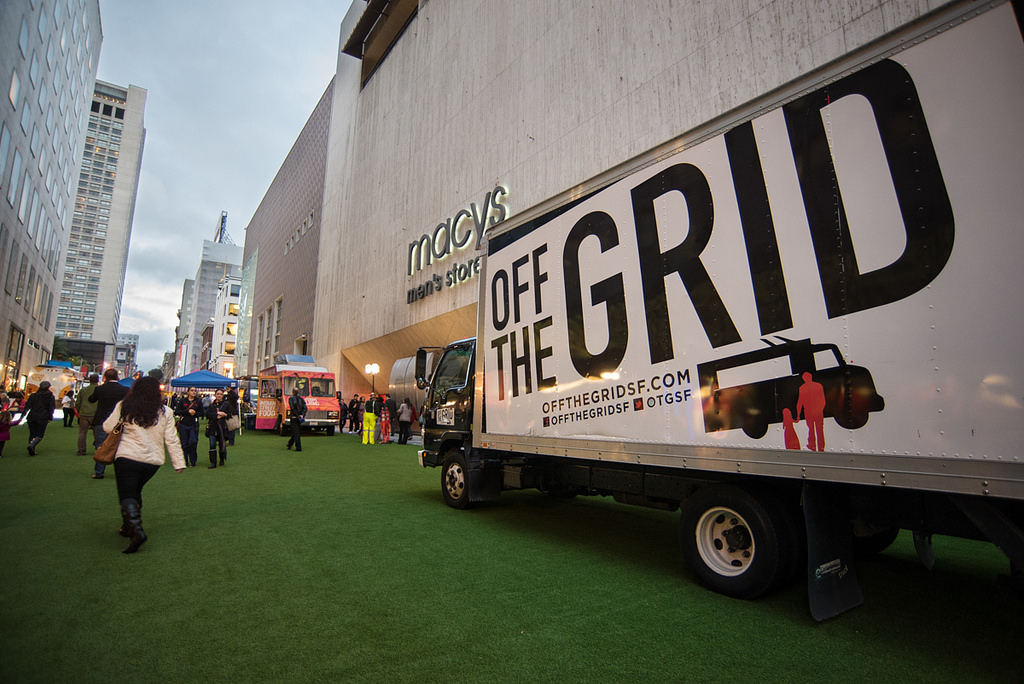 Off the Grid food trucks are a popular draw. 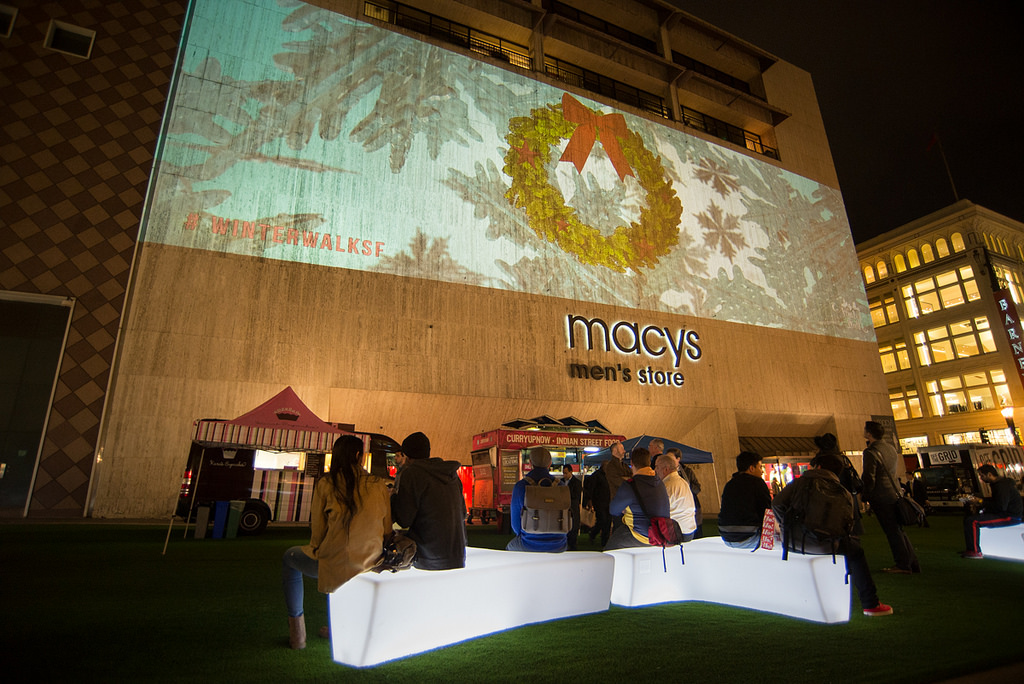 Don't miss the 3D light show projected on Macy’s Men’s building that runs every 90 minutes starting from 5 p.m. to midnight.