We are entering the year of the Ox, typically symbolizing hard work, positivity, and honesty. This year the SFMTA will continue the tradition of celebration with the virtual San Francisco Chinese New Year Parade  on February 20th at 6 pm on KTVU.

Celebrating Lunar New Year and the San Francisco Chinese community has been a long-standing tradition for many of us. In 1849, San Francisco’s population swelled to 50,000 and many of the new residents were Chinese immigrants, coming to work in gold mines or on railroad lines. By the 1860’s, the Chinese were eager to share their culture with others and the annual tradition of parade and pageantry was born. A variety of other cultural groups throughout the city were invited to participate, and they marched down what today are Grant Avenue and Kearny Street with colorful flags, banners, lanterns, and drums and firecrackers to drive away evil spirits. The city’s Chinese New Year Parade is one of the largest celebrations of its kind in the world, attracting over three million spectators and television viewers throughout the U.S., Canada and Asia.

In line with what the year of the Ox signifies, we also look forward to seeing our work come to fruition when the Central Subway Project's Chinatown - Rose Pak station opens in 2022. As part of this milestone, the SFMTA in partnership with SFAC’s Public Art Program, the Chinese Culture Center, Chinatown Community Development Center, and the Chinese Historical Society have envisioned a vibrant art program for Chinatown’s station. Three significant prominent artworks by artists Tomie Arai, Yumie Hou and Clare Rojas are being installed, infusing the quintessential Chinatown spirit into their works, connecting the past, present and future. These artworks also serve as wayfinding – from marking the entrance to the station, to signaling to riders their arrival at Chinatown with placement of prominent works on the platform walls. 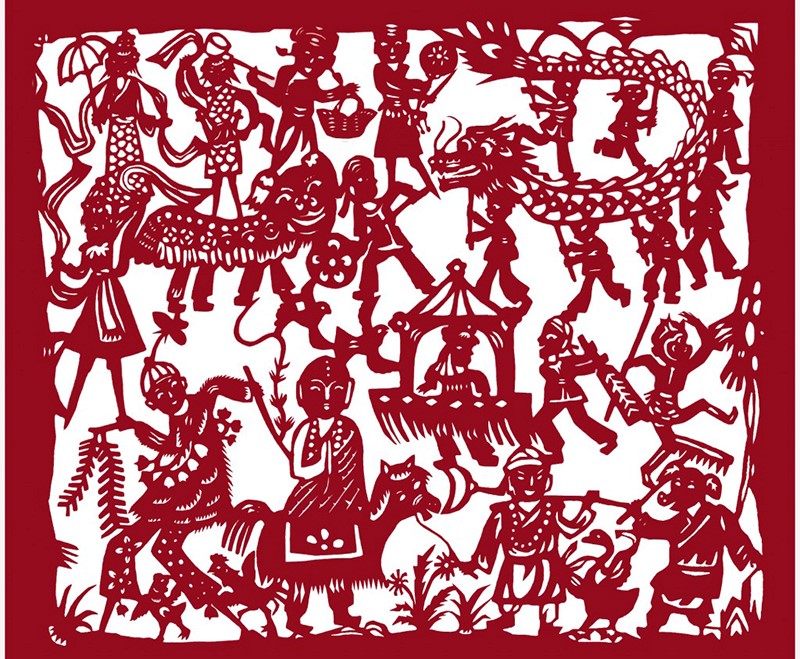 Ongoing community involvement is essential to ensuring that Chinatown residents had a role in the artwork design process. The Chinese Cultural Center helped convene community meetings so that the artists would be able to meet residents and receive feedback on their proposed designs. Through this support, artists and community members were able to collaborate on the design of the installations. Artist Tomie Arai was able to work with local photographer Bob Hsiang to photograph students from Gordon J. Lau Elementary School who were then featured in her work.

Central Subway Project outreach staff and their partners at the Chinatown Community Development Center wanted to ensure that all aspects of Chinese culture and art were represented in the art program that will adorn the entryway of the station's roof-top plaza. The center conducted a couplet contest that garnered 120 couplet entries from local, national, and international poets. San Francisco poet, Carin Mui was selected, her couplet, a form of Chinese poetry with two lines of verse that have a joined meaning and follow a list of exacting rules reads “In the past, we traveled across the Pacific to mine for gold; Now, we break through earth to form a silver dragon.” 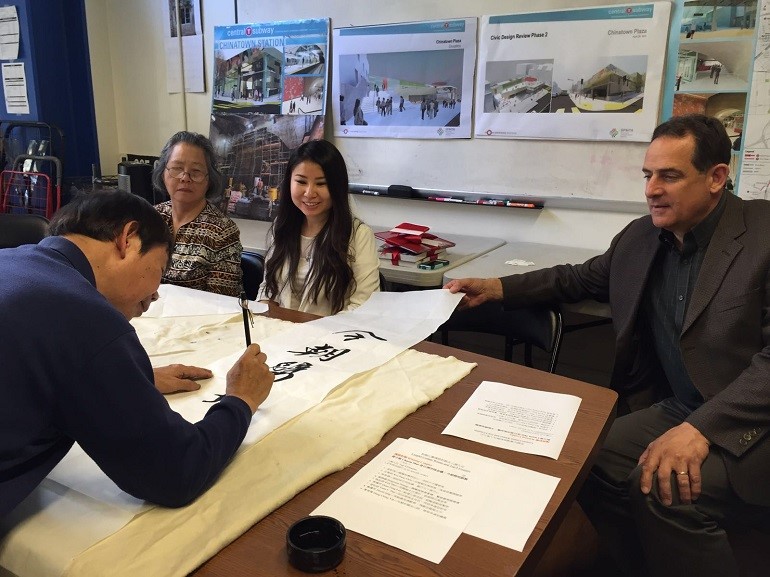 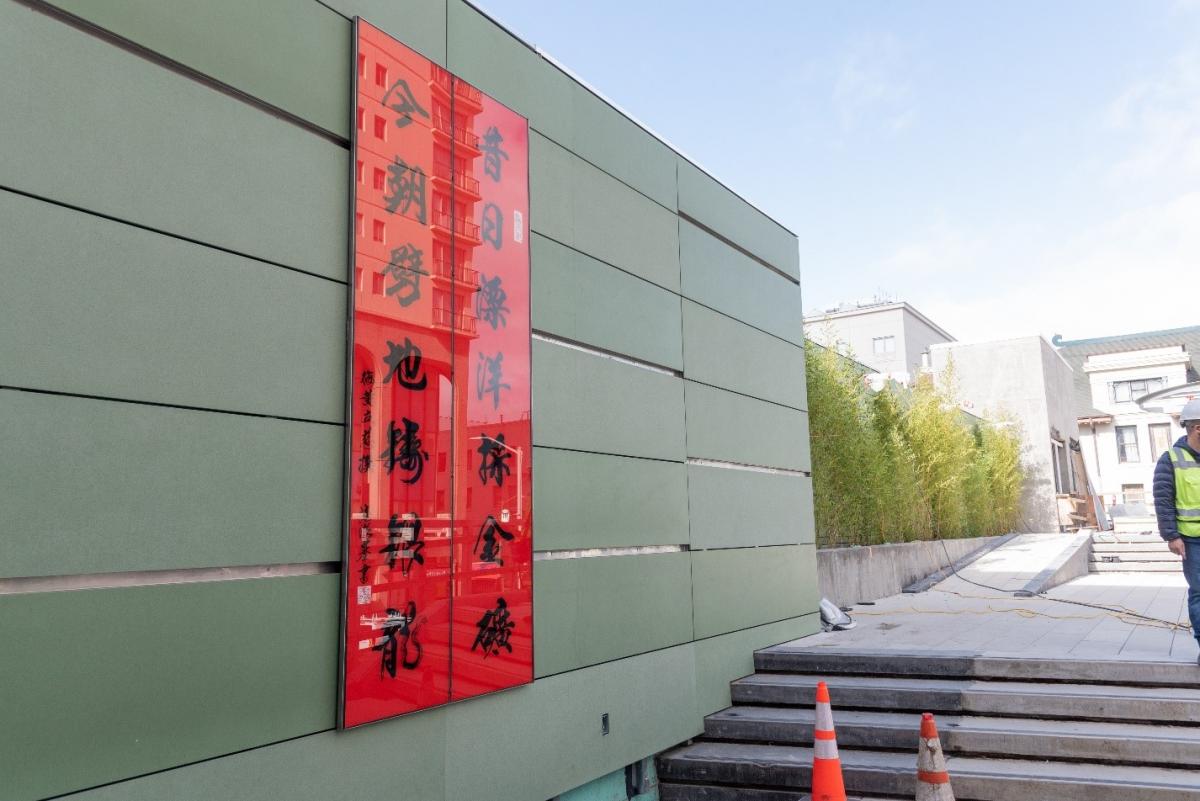 Public art in our stations is important not only for its aesthetic or beauty but helps draw out the identity of a space, aids in the understanding of the historic or cultural significance of a neighborhood, and builds a connection between visitor and the surrounding community. It’s an important reminder of the power of art to address the complexity and diversity of neighborhoods and to maintain cultural identity in the face of rapid urban transformation.