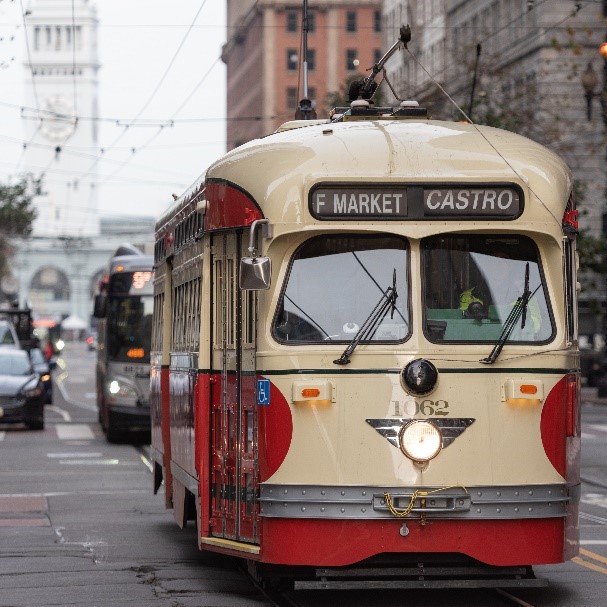 To support San Francisco’s economic recovery and reopening as tourism returns, the SFMTA will bring back the long-awaited F Market & Wharves historic streetcars on Saturday, May 15, between Fisherman’s Wharf and Castro and Market streets seven days a week.

SFMTA staff worked closely with Castro Merchants, SF Travel, Community Benefit Districts including Mid Market, Yerba Buena, Fisherman’s Wharf, Castro Upper Market, as well as district Supervisors and other key stakeholders in the effort to bring the F Market & Wharves back into service in time for the summer season. The F Market & Wharves is popular with tourists and visitors and is a priority for small businesses along Market Street and the Embarcadero. 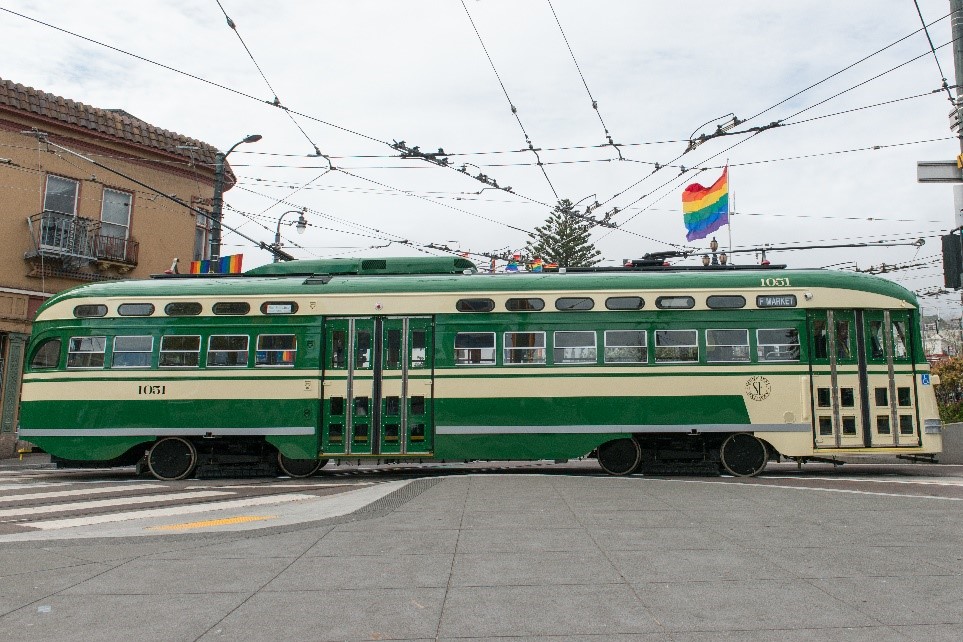 Photo: One of SFMTA’s historic F Market & Wharves streetcars on display in the Castro.

Read more about the full route and stops.

On May 15th we will also reopen all Muni Metro subway stations. Full rail service will be restored on the N Judah between Ocean Beach and Caltrain. The combined KT Ingleside-Third will operate between Sunnydale and Balboa Park, through West Portal.

With the restoration of the F Market & Wharves, N Judah and KT Ingleside-Third on May 15th, the full Market Street corridor and several of the city’s major commercial hubs will have more service and connectivity. Since January 23rd, 91% of San Franciscans are now within 2-3 blocks of a Muni stop. And this includes 100% of residents in San Francisco’s neighborhoods identified in the Muni Service Equity Strategy.

Along with the Muni service being restored in May, we expect to be able to expand service so that 98% of San Franciscans will have access to Muni within 2-3 blocks by the end of the summer. SFMTA staff is working hard to support San Francisco’s economic recovery and reopening and the return of tourists, office workers and other visitors.