Your First New Muni Train is in San Francisco

Share this: FacebookTwitterEmail
By
Aaron Bialick (no longer with the SFMTA)
Friday, January 13, 2017 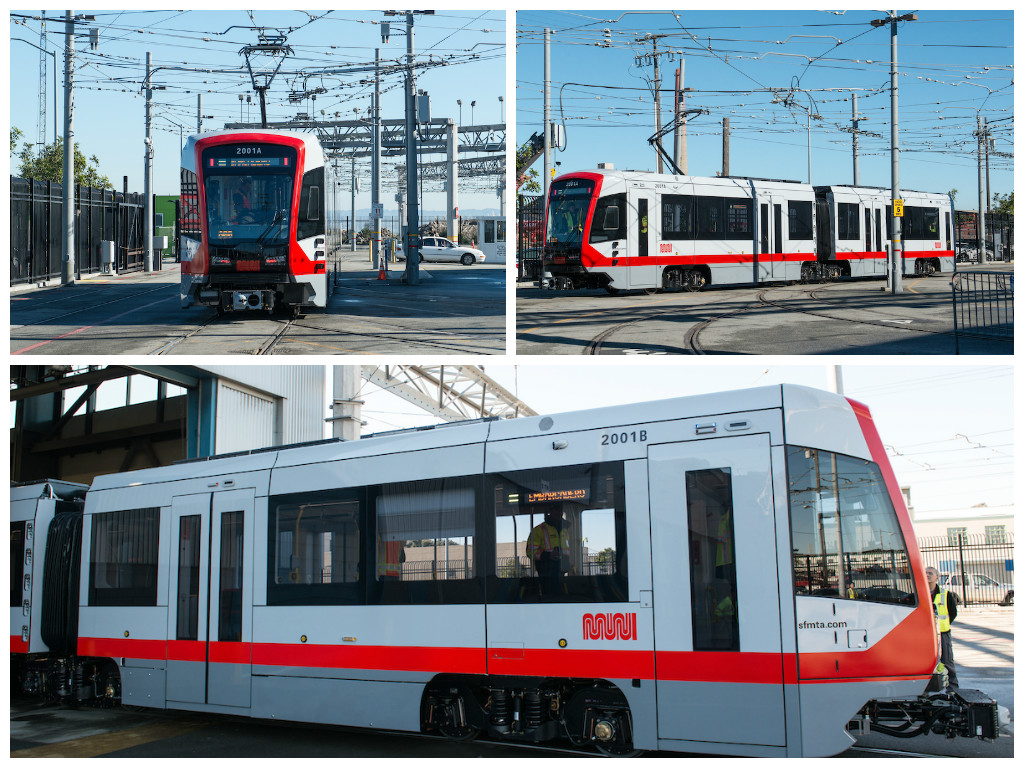 Updated Jan. 22 with a video from the event at the bottom of the post.

It’s here, and it’s real: The first of a new generation of Muni Metro trains arrived today, marking a huge milestone for the fleet that will play a major role in transforming the Muni-riding experience in the years to come.

Just hours after being delivered from the Siemens factory in Sacramento, we unveiled Muni light rail vehicle 2001 today at our Muni Metro East facility, where it will be tested to ensure a smooth introduction into service in late summer.

SFMTA staff, including Director of Transportation Ed Reiskin and Muni Operations Director John Haley, were joined by London Breed, president of the SF Board of Supervisors, and Michael Cahill, president of the Rail Systems Division at Siemens USA. 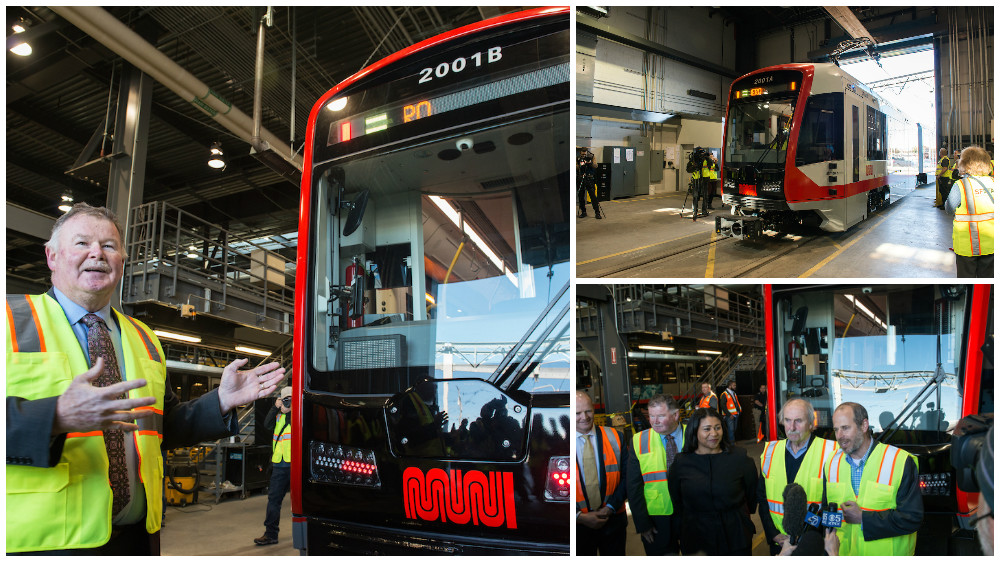 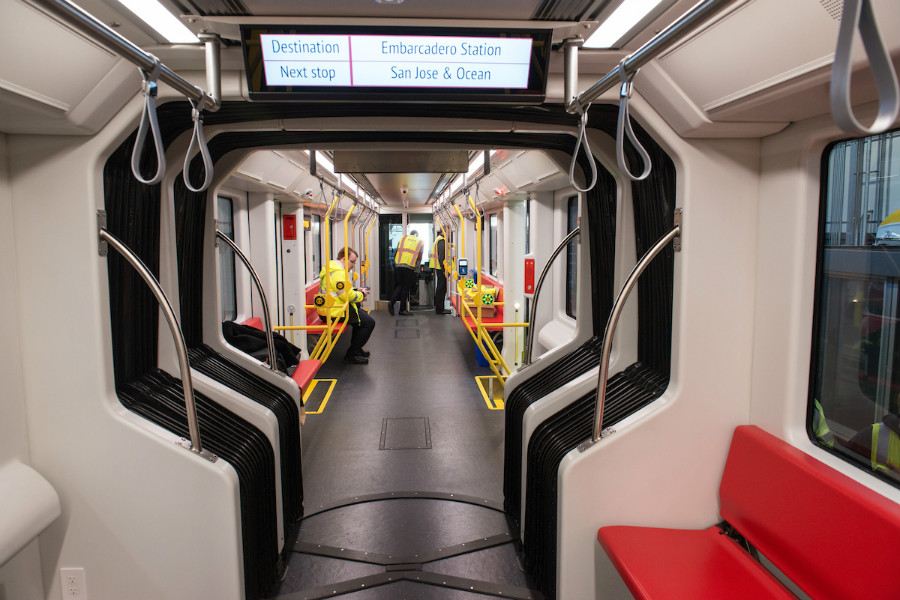 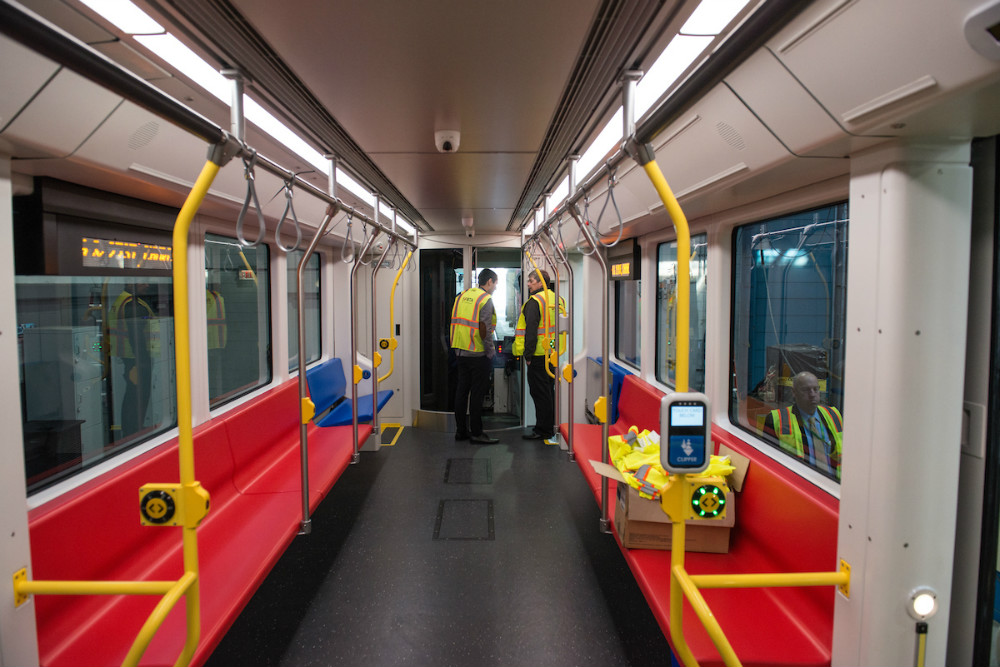 This is the first of four initial trains already in production by Siemens. These trains will replace our current fleet of 151 trains and expand it by 64 in phases over the next few years.

Those additional trains will not only improve Metro service every day – they’ll also serve the Central Subway when it opens in 2019. In a fitting coincidence, today also marks the 10-year anniversary of the start of initial service on the T Third Line, which was the first phase of the Central Subway project.

These new trains come with a lot of exciting features, but we’ll let you gawk at them in the photos. You can also see a quick video of the train in motion we posted on Twitter.

For a fuller explanation on the features and other details, check out our blog post from last August. 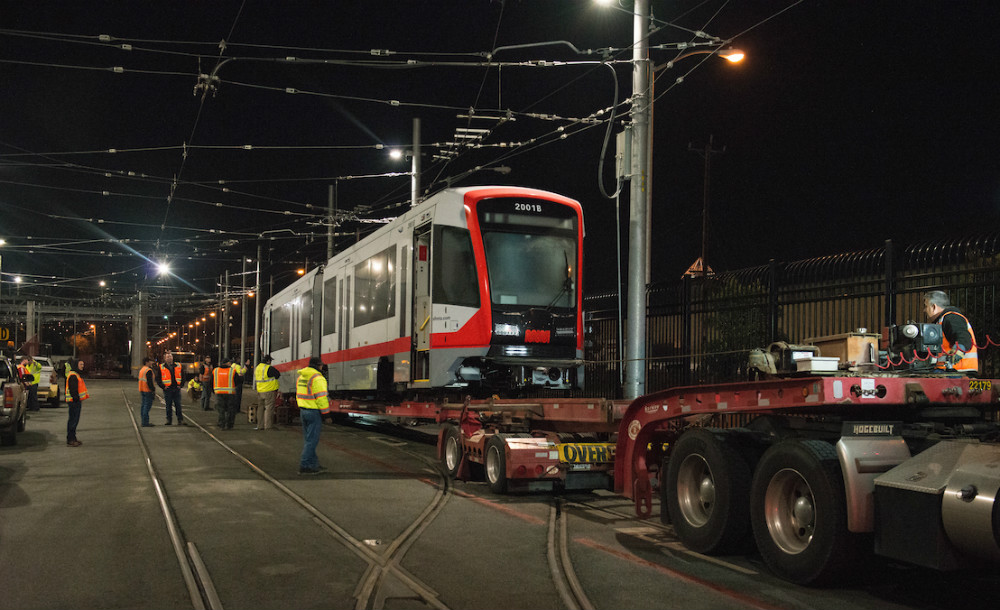 Crews offloaded the new Muni train from a truck bed upon arrival at about midnight last night.

Check out our video from the arrival event:
Division, Dep't or Unit
Transit 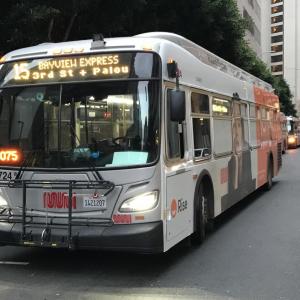