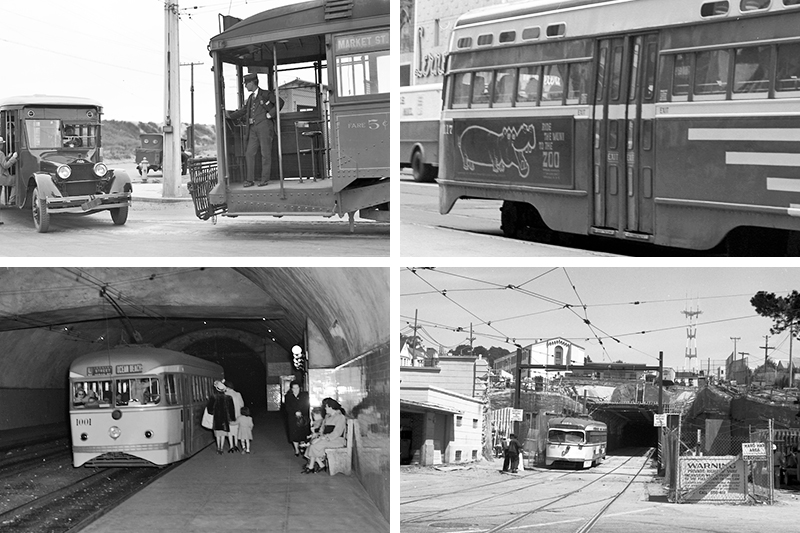 The lovely L Taraval turns 100 years old in April of this year! The line had its opening day on April 12th, 1919, although at that time it only ran from the West Portal of the Twin Peaks Tunnel to Taraval and 33rd Avenue.

By fall of 1923, the "L" was running a route much similar to today, from the Ferry Building out to Taraval and 48th Avenue. The full extension to the SF Zoo and Fleishhacker Pool occurred in 1937.

America in the 1930s was mired in the Great Depression, but the federally-funded Works Progress Administration contributed resources to building the zoo, as well as the extension of the L Taraval. With the L established, San Franciscans could get to the zoo and other nearby attractions including the enormous Fleishhacker Pool, the Dentzel Carousel and the Little Puffer Steam Train.

The SFMTA Photo Archive will be showing a traveling exhibit on the history of the L Taraval. Find the exhibit:

To get a glimpse into what the "L" looked like 100 years ago, check out the SFMTA Photo Archive’s online historic photos

Dive into history via our History in Motion blog Dunes to Destinations: 100 Years on the L Taraval

The San Francisco Zoo is also celebrating their 90th anniversary this year: find more on their website at 90 Years of Magic and share zoo photos with #SFZoo90. 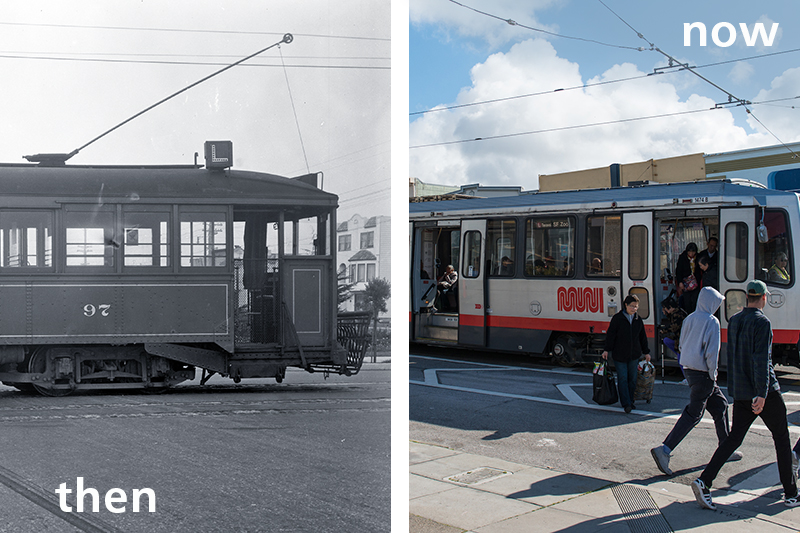 The L Taraval "then and now"-- on the left, an electric streetcar with an L Taraval sign in 1934. On the right, the L Taraval in present day near Taraval and 32nd Avenue.