Look for the dashed red area to see where a good place is to enter the lane. Make sure this area is clear. Then merge into the transit lane to make your turn.

You can enter transit lanes to reach a parking space

Simply enter or exit the curbside parking space next to the transit lane.

You are only allowed to bicycle in a transit lane when necessary to turn or reach the curb.

People driving and bicycling are only allowed to enter a transit lane when necessary to turn, park or for a bicycle to reach the curb. Otherwise leave that transit lane to Muni, taxis and emergency vehicles.

You cannot drive or bike in transit lanes

Making turns, parking curbside, or biking to the curb are the only times you are allowed in a transit lane.

You cannot pick-up or drop-off in transit lanes

Making turns or parking curbside are the only times you are allowed in a transit lane. You cannot drive in this lane.

You cannot park in transit lanes

Illegal parking in transit lanes is photo enforced by automatic cameras on Muni buses, so you may get a ticket in the mail for those violations.

Thank you for keeping Muni moving

Transit lanes are an essential tool to keep Muni moving on San Francisco’s busy streets as traffic congestion increases. These dedicated lanes are nothing new for San Franciscans, who started seeing them in the 1970s following the adoption of the city’s Transit-First policy. As of 2020, we have more than 43 miles of dedicated transit lanes on city streets, with more miles planned. Since Muni began painting them red in 2013, they’ve become even more visible throughout the city.

Transit lanes are lanes that are dedicated to Muni vehicles and other buses. Taxis are also allowed to drive in most transit lanes, but not app-based rail hail services such as Lyft and Uber. Along with other Muni Forward improvements, transit lanes make bus and train travel faster, more reliable and safer for thousands of Muni passengers. Learn more about transit lanes. 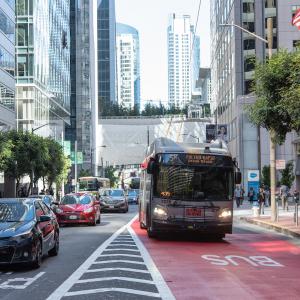 Everything You Need to Know About Red Transit Lanes 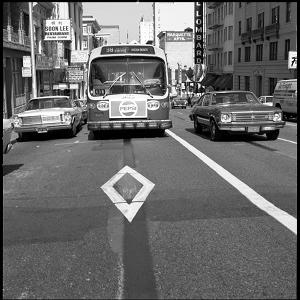 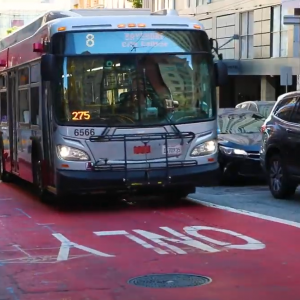 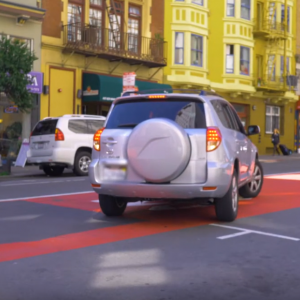 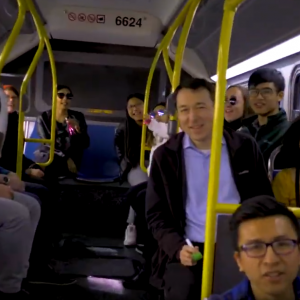 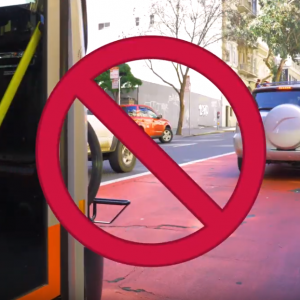 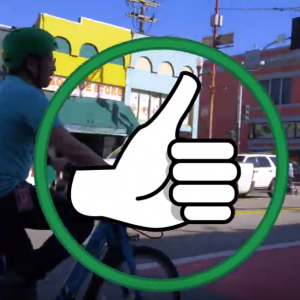