The San Francisco Municipal Transportation Agency (SFMTA), which oversees the Municipal Railway (Muni) and all surface transportation in the city, has released a complete citywide parking census that was conducted as part of the SFpark project.

“This complete parking census is another step in the right direction to make parking easier in San Francisco,” said Ed Reiskin, SFMTA Director of Transportation. “This information enables the SFMTA and other city departments to rapidly assess parking supply when planning and implementing projects, saving the city time and money for projects going forward.”

First released in 2010, the citywide parking census was the first of its kind in the world. At the time, the SFMTA counted parking spaces on a random sample of 30 percent of blocks in the city to estimate of the number of unmetered on-street parking spaces. Now, the SFMTA has completed a manual count of parking spaces on every street.

The new dataset contains a count of all legal on-street parking spaces per block, including metered and unmetered spaces. Data for publicly-available off-street spaces are also available separately.

The dataset and summaries can be found at: 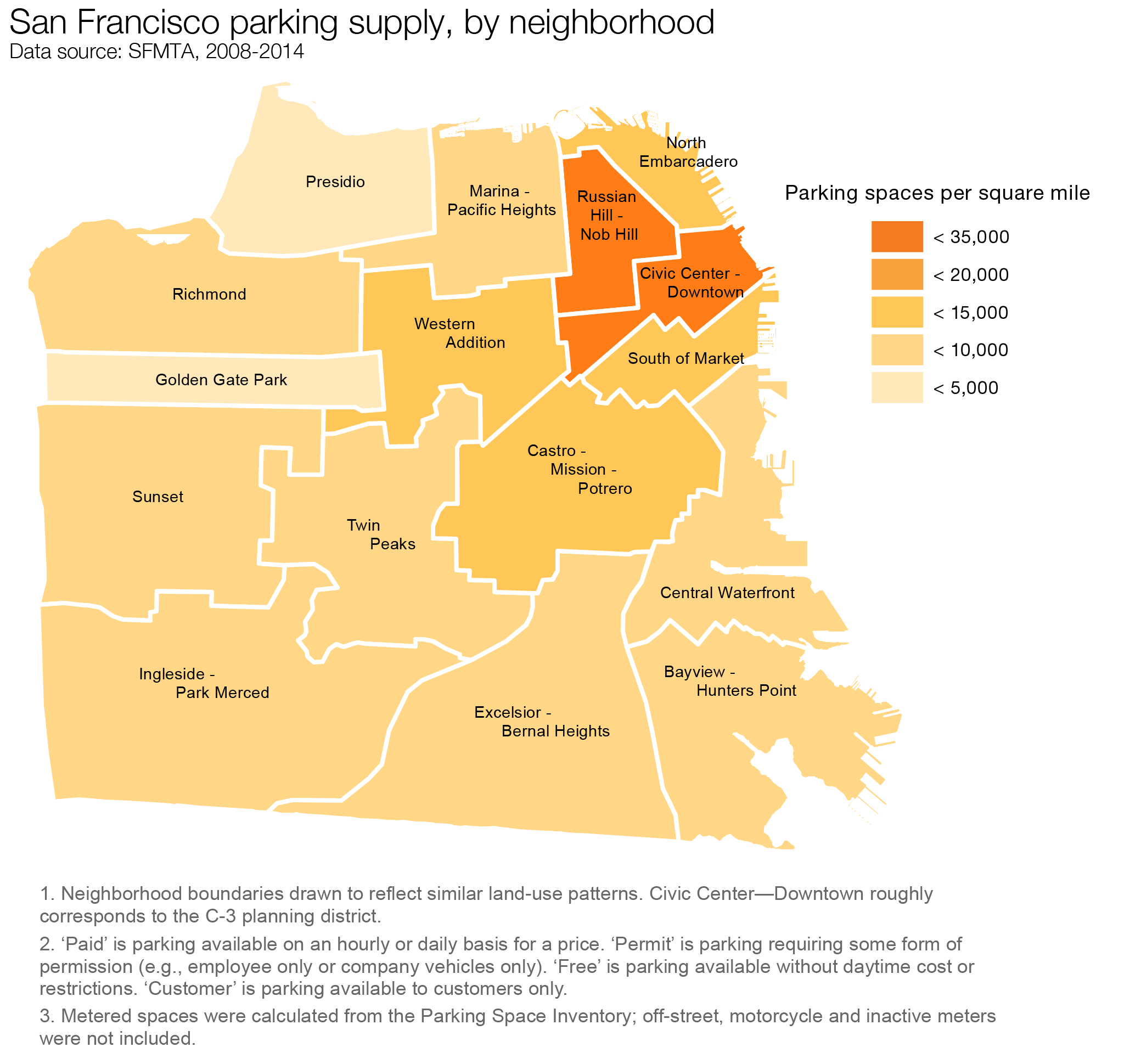 May
17
Board of Directors meeting, May 17, 2022 This meeting will be held in person at the location listed above. As authorized by California...
May
19
Administration, Operations, and Customer Service Committee (AOCSC) regular meeting, May 19, 2022 Due to the COVID-19 health emergency and to protect our Council Members, SFMTA staff, and members...
May
19
Central Subway Advisory Group, May 19, 2022 At this meeting, the Central Subway team will provide a general update on project status and...