During the next 10 days, tunneling and tunneling preparatory work will continue in SoMa, Union Square and North Beach. Work to prepare for station construction is continuing in Chinatown and northern SoMa.

This section provides overviews of current and upcoming construction impacts in each neighborhood. For full descriptions, scroll down or click on the links below. We also post construction, traffic detour and Muni impact information on our project Google Map. 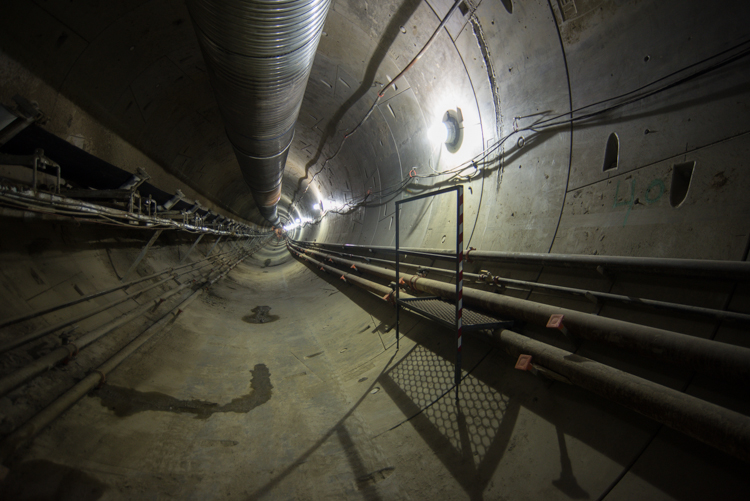 On 4th Street between Harrison and Bryant streets, the contractor has constructed a major excavation known as a launch box at the site where the Central Subway tunnel begins. After assembly of a tunnel boring machine (TBM) underground, tunneling started this summer. Assembly of a second TBM (Big Alma) is now in progress, with launch expected soon. 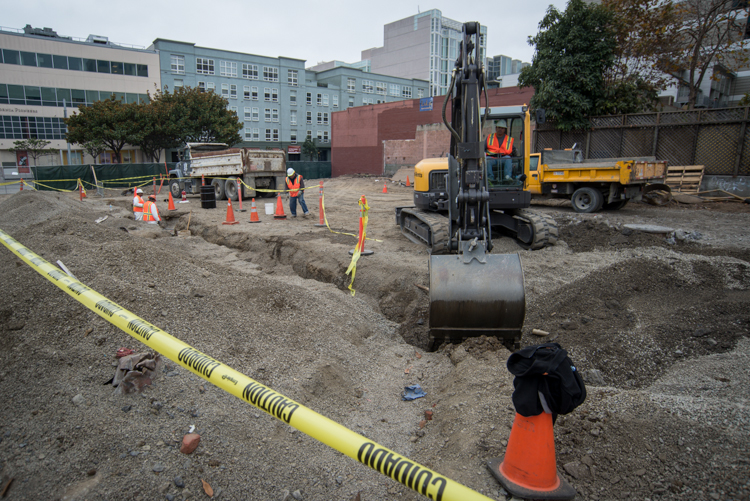 The entrance to the Yerba Buena/Moscone Station will be located here, on 4th and Folsom.
Northern SoMa

On 4th Street between Mission and Howard, the contractor is installing instruments to monitor utilities while the tunnel boring machines pass beneath the roadway.

On 4th Street between Folsom and Harrison, the contractor will perform ground improvements while the tunnel boring machines pass beneath the roadway.
Planned construction (Mission to Howard): 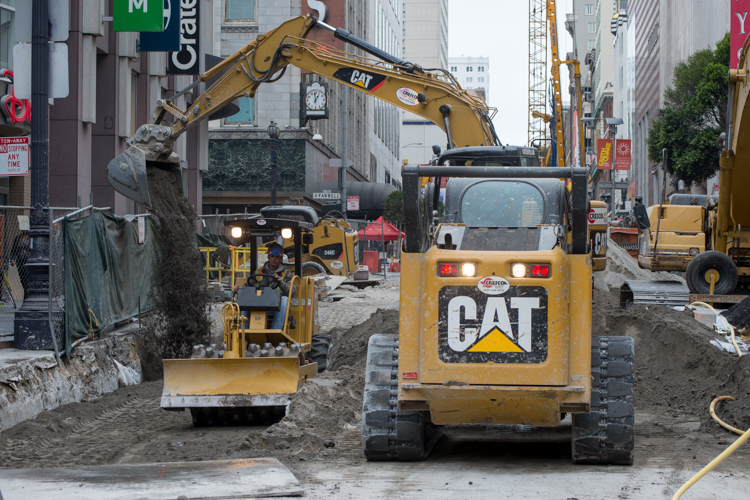 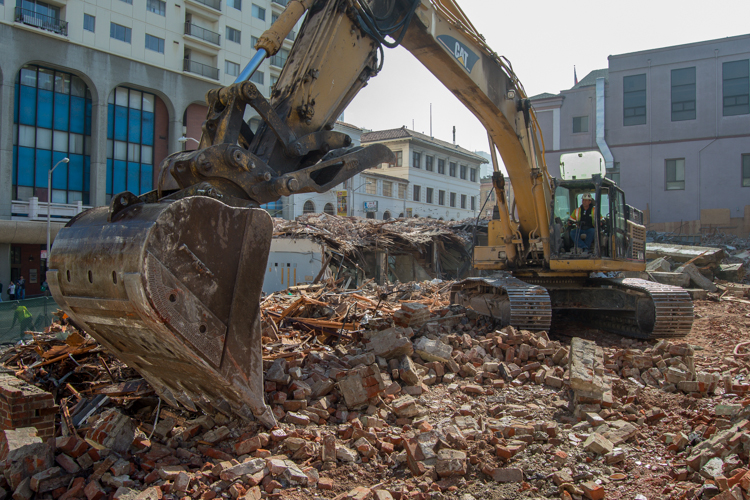 This week we continued demolishing the building at the future Chinatown Station site. Next we will cart away the demolished brick in large trucks. Chinatown

To prepare to build the Chinatown Station, contractor Tutor Perini is demolishing the existing building at 933-949 Stockton Street. In addition, construction is now underway on Stockton Street. 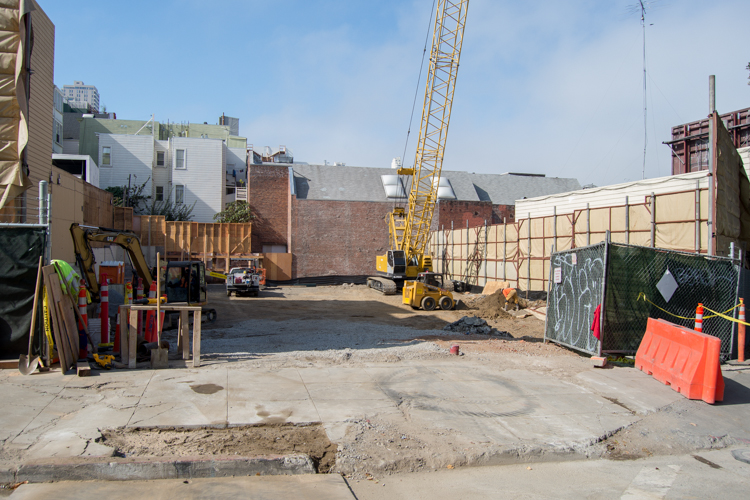 Next week crews will start building underground walls at this site in North Beach. The large yellow crane arrived this week. North Beach

On private property at 1731-1741 Powell Street, the contractor will construct a walled excavation known as a retrieval shaft at the site where tunneling will end. The two tunnel boring machines will be removed from the ground at this location. Demolition of the Pagoda Palace is now complete.

Near the intersection of Columbus Avenue and Union Street, the contractor will complete utility work that was started last year. Utility work is planned to begin Monday, October 28. More information is available in this flier.