Union Square: Stockton Street between O'Farrell and Geary is closed to vehicular traffic to allow for construction of the Union Square/Market Street Station. Stockton between Ellis and O'Farrell may close next week as crews continue to install decorative barricades around the construction zone.

Chinatown: Work to prepare for the Chinatown Station continues within the future station site and on the adjacent section of Washington Street. On Jackson Street adjacent to Stockton Street, the contractor may be performing underground borings during the day.

North Beach: Near the intersection of Columbus Avenue and Stockton Street, crews will be performing underground sewer work for approximately one month, starting next week. This work does not involve excavation. The southbound bus stop on Stockton Street at Columbus will be relocated to Stockton and Vallejo during work hours (Monday to Friday, 9 a.m. to 3 p.m.). See the North Beach section for more details. Work on Columbus Avenue at Union Street is currently on hold. We will provide additional details about this work before it recommences. Work will continue at 1455 Stockton and 1731-1741 Powell, within the property lines. 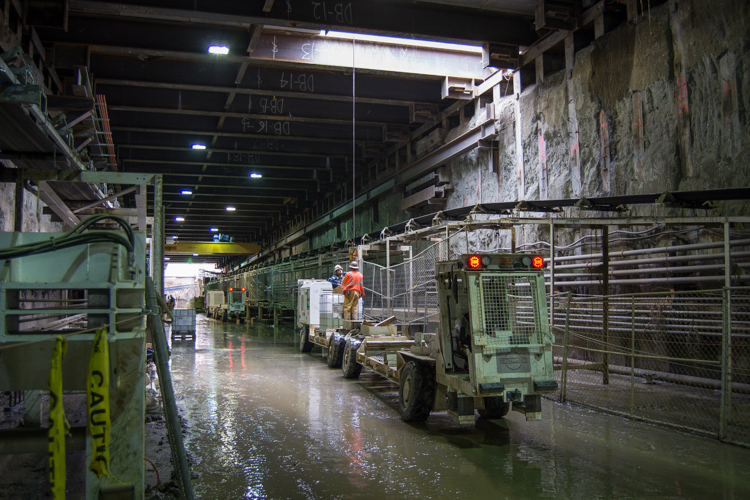 Under 4th Street, crews lower tunneling equipment into the launch box, the site where tunneling began.

On 4th Street between Bryant and King streets, we plan to begin potholing for utilities the week of Jan. 20. Potholing involves drilling small holes and trenches in the street to confirm the locations of existing utility lines. More information is available in this construction notice. 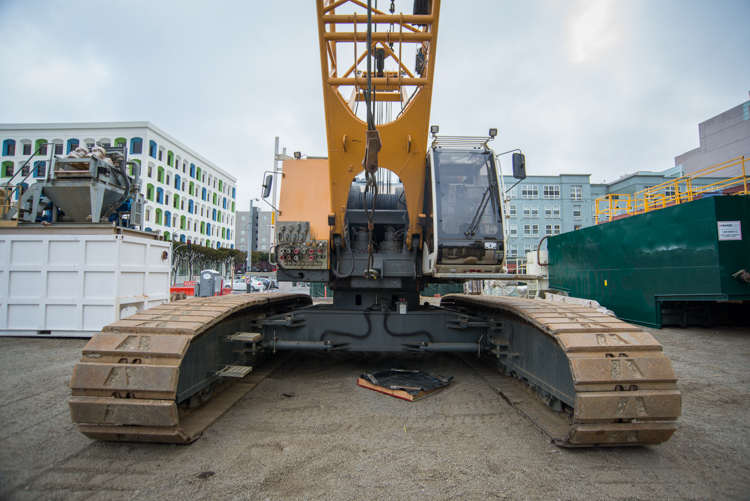 This machine will help construct the underground walls of the Yerba Buena/Moscone Station.

On 4th Street between Folsom and Harrison, the contractor will restore the area and perform underground sewer surveys. We expect work at this location to be completed in January.
Planned construction (Market to Stevenson): 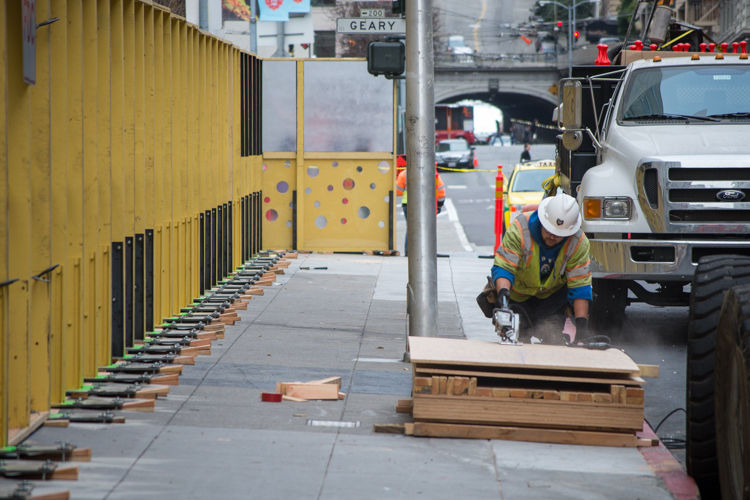 On Stockton Street, a worker installs a decorative barricade around the construction zone. 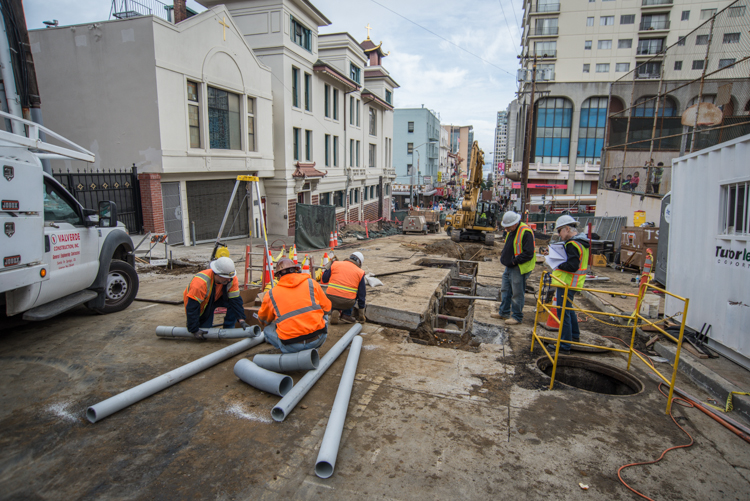 Utility work is in progress on Washington Street, on the part of the block that is now closed. 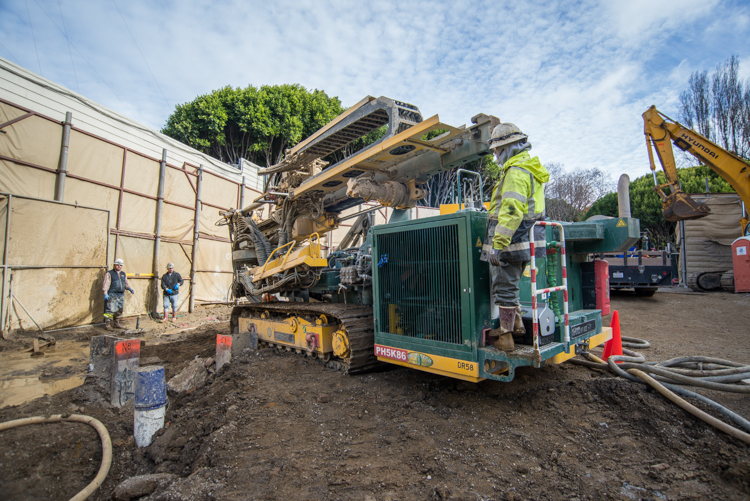 At 1731-1741 Powell, we are constructing a retrieval shaft to remove two tunnel boring machines from the ground when tunneling is finished.

Near the intersection of Columbus Avenue and Stockton Street, crews will be performing underground sewer work for approximately one month, starting next week. This work will take place on weekdays and will not involve digging in the street. The purpose is to strengthen the sewers in preparation for the TBMs passing below.