Next week, our first tunnel boring machine will cross under Market Street and the existing BART and Muni Metro tunnels. For more information on this major milestone, check out our blog.

This section provides overviews of current and upcoming construction impacts in each neighborhood. For full descriptions, scroll down or click on the links. We also post construction, traffic detour and Muni impact information on our project Google Map. 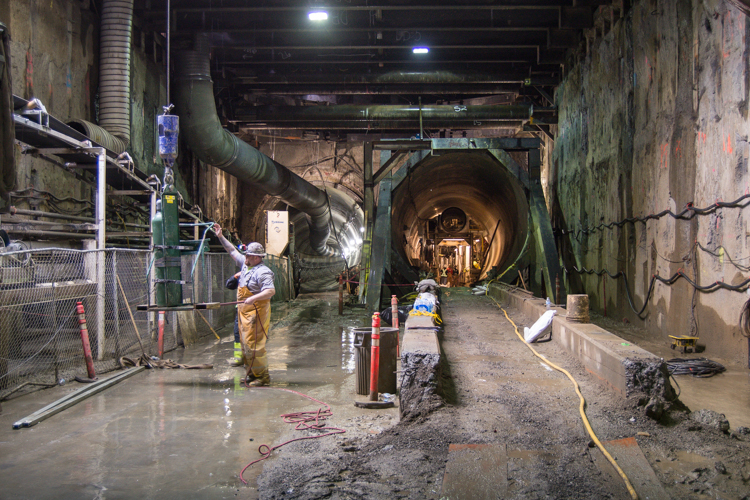 The two Central Subway tunnels, as seen from the underground site where tunneling began. Southern SoMa

On 4th Street between Harrison and Bryant streets, the contractor has constructed a major excavation known as a launch box at the site where the Central Subway tunnel begins. After assembly of two tunnel boring machines (TBM) underground, tunneling is underway.

On 4th Street between Bryant and King streets, we plan to begin potholing for utilities in December. Potholing involves drilling small holes and trenches in the street to confirm the locations of existing utility lines. More information is available in this construction notice. 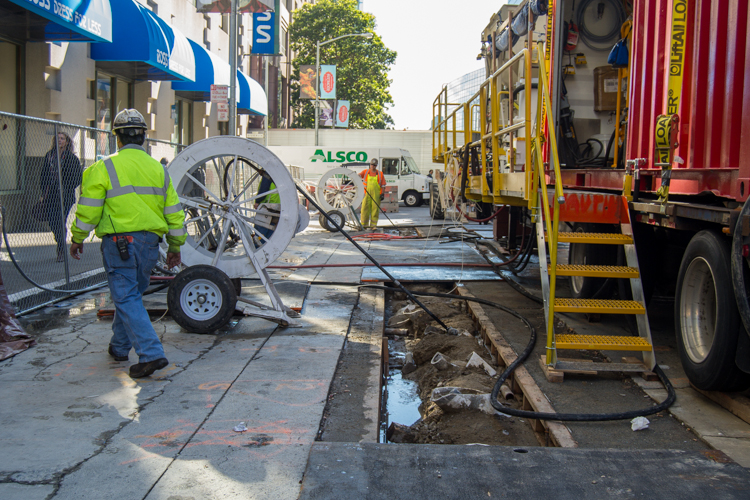 We are improving ground conditions at this site, at 4th and Market, as TBM Mom Chung passes beneath Market Street.
Northern SoMa

On 4th Street between Market and Stevenson, we are improving ground conditions while the tunnel boring machines pass beneath the roadway.

On 4th Street between Folsom and Harrison, the contractor will perform ground improvements while the tunnel boring machines pass beneath the roadway.
Planned construction (Market to Stevenson): 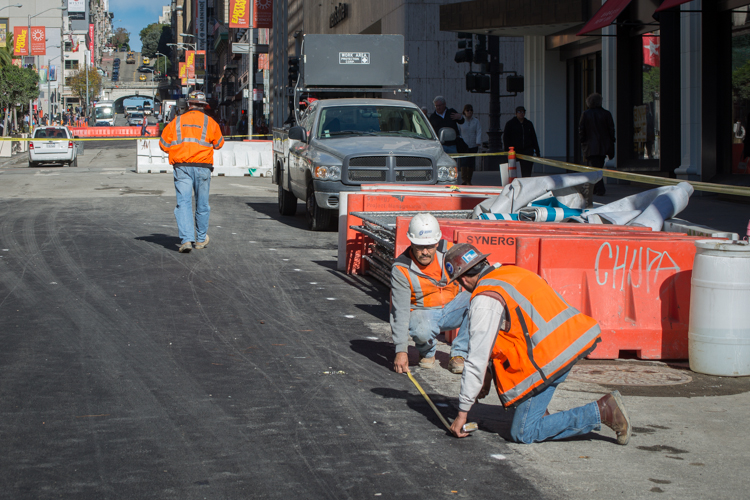 On Stockton Street between Geary and Ellis streets, the contractor has installed below-ground walls called headwalls at the site of the future Union Square/Market Street Station. Ground improvement is underway on Ellis Street between Stockton and Powell streets. 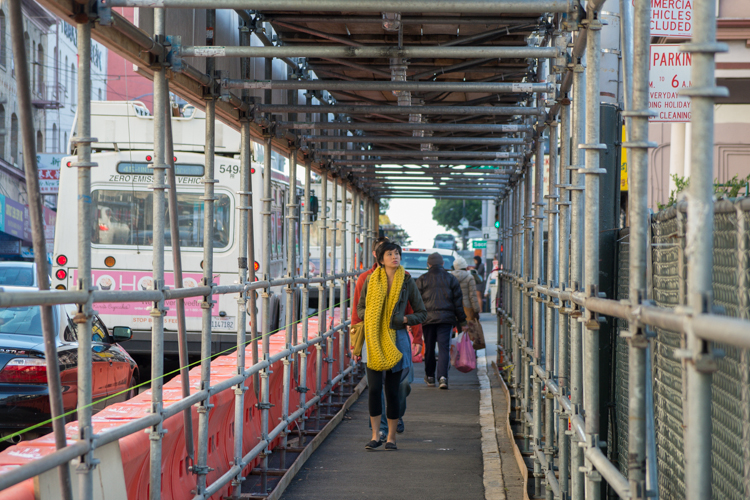 In Chinatown, this covered walkway is now open. It protects pedestrians while we build the Chinatown Station at Stockton and Washington. Chinatown

To prepare to build the Chinatown Station, contractor Tutor Perini has demolished the existing building at 933-949 Stockton Street. Preparatory construction is now underway on Stockton Street and Washington Street. 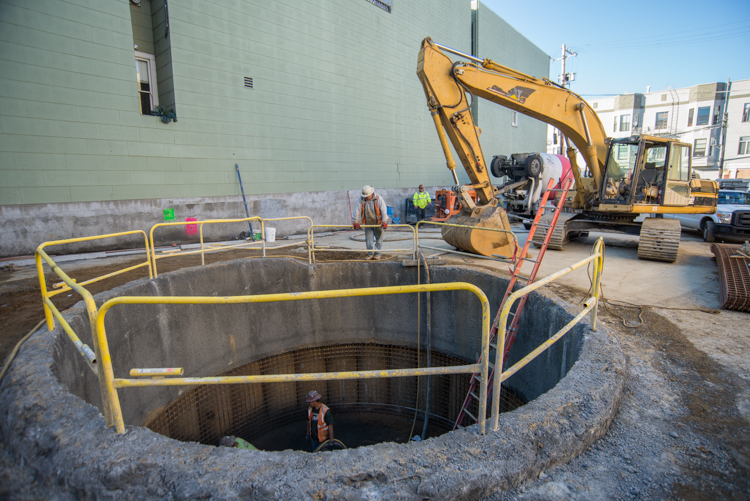 At 1455 Stockton Street, we are making progress in constructing this shaft. We will use it to improve ground conditions in the area when the TBMs pass below Columbus Avenue. North Beach

On private property at 1731-1741 Powell Street, the contractor will construct a walled excavation known as a retrieval shaft at the site where tunneling will end. The two tunnel boring machines will be removed from the ground at this location. Demolition of the Pagoda Palace is now complete. We plan to complete work at this location in 2014.

Near the intersection of Columbus Avenue and Union Street, the contractor is completing utility work that was started last year. This work will pause from Thanksgiving to New Year's Day. More information is available in this flier.