Northern SoMa (Market to Harrison): Construction will continue on 4th between Market and Stevenson next week and this weekend (Jan. 25-26) as the second TBM passes through the area. On 4th Street between Folsom and Harrison, the road expected to reopen in February. At 4th and Folsom, work to prepare for the Yerba Buena/Moscone Station continues. Work may include demolishing the roadway within the construction zone to prepare to construct underground station walls. This work will be noisy.

Union Square: Stockton Street between Ellis and Geary is closed to vehicular traffic to allow for construction of the Union Square/Market Street Station. On Ellis Street, crews may work through the weekend to prepare for the crossing of the second TBM under Market Street. On Stockton Street, crews will work on Saturday installing barricades around the construction zone. 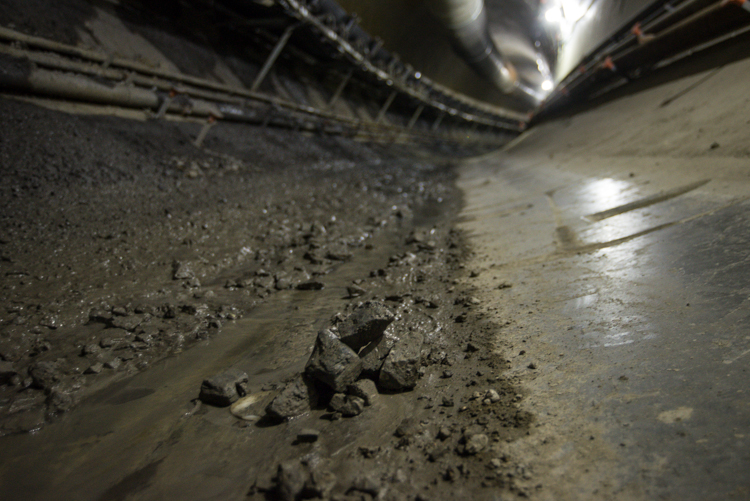 TBM Mom Chung has reached the foundations of Nob Hill under Stockton and Post. These rocks are bedrock, chopped up by the machine as it moves ahead. Southern SoMa

On 4th Street between Bryant and King streets, we plan to begin potholing for utilities the week of Jan. 27. Potholing involves drilling small holes and trenches in the street to confirm the locations of existing utility lines. More information is available in this construction notice. 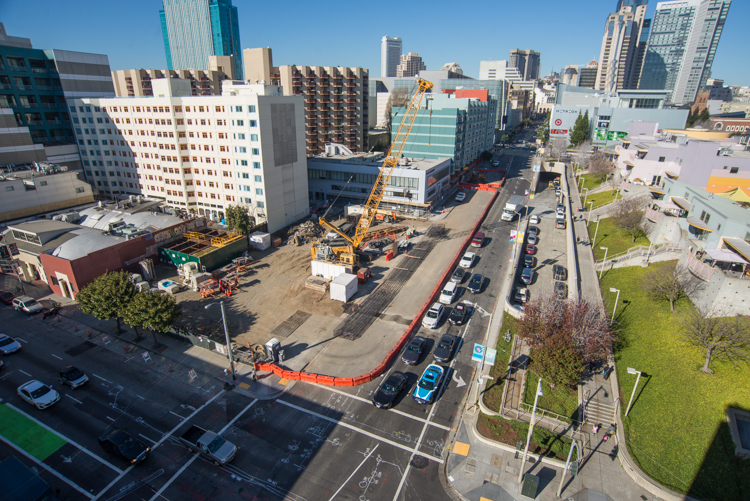 Construction continues at the site of the future Yerba Buena/Moscone Station, seen from above in this image. Northern SoMa

On 4th Street between Market and Stevenson, construction has resumed and will continue for approximately two weeks as the second TBM passes through the area. 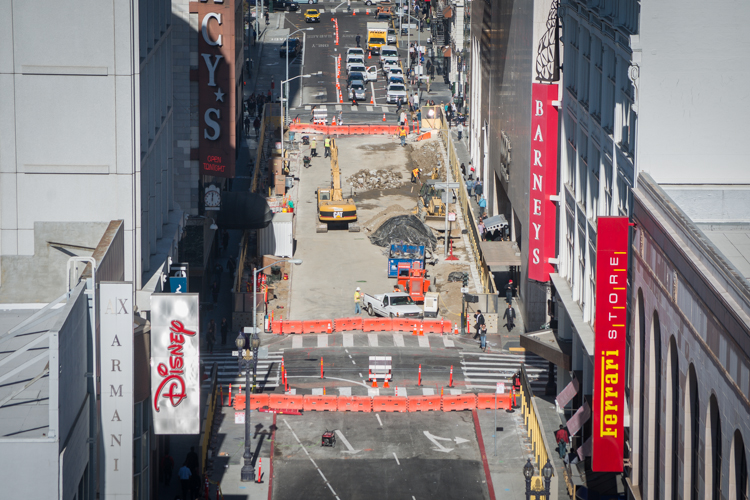 Seen from above, crews have started breaking the pavement of Stockton Street, preparing to build the Union Square/Market Street Station. Union Square 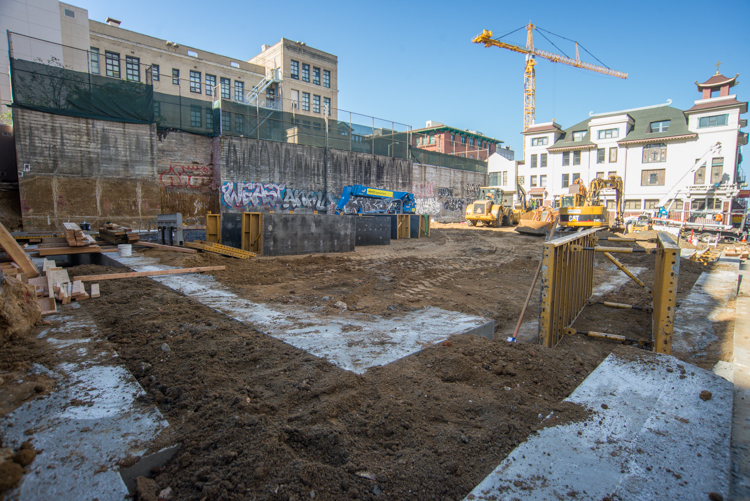 At the Chinatown Station site, we have built these shallow walls around the perimeter of the station location. They'll serve as a guide for the machines building the deeper station walls. Chinatown 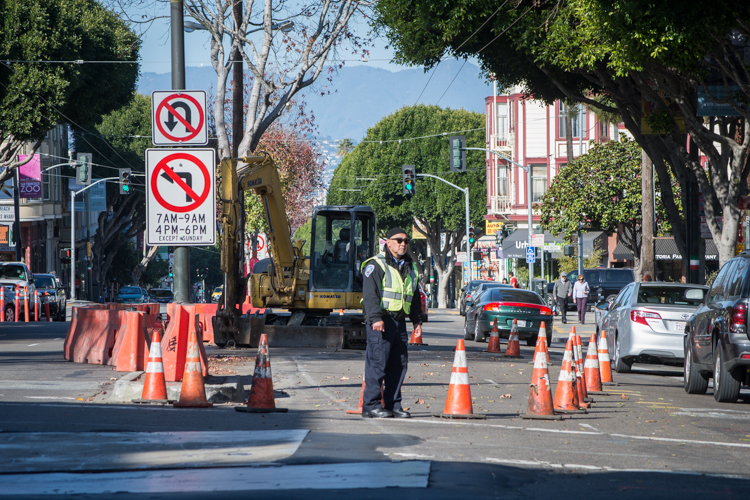 Utility work has recommenced on Columbus Avenue, continuing on weekdays for about a month. North Beach