During the next 10 days, Central Subway work continues at sites in SoMa, Union Square, Chinatown and North Beach. This section contains brief updates about recent construction activities and a look-ahead for what to expect in each neighborhood. For more detailed information, scroll down or click on the links below. You can also find construction, traffic detour, and Muni impact information on our project Google Map.

Construction work on Stockton Street in Union Square has paused for the holiday season. Work within the station sites, underground work, and night work has continued. See your neighborhood section below for details.

Construction schedules may change due to unforeseen conditions. We encourage the public to follow traffic and pedestrian notifications posted at the work sites.

We thank the businesses, residents, shoppers, and commuters of San Francisco for their continued engagement with this significant investment in the extension of our public transportation system. When opened in 2019, the Central Subway will provide a much-needed connection between major employment, retail, cultural and residential areas of the city. 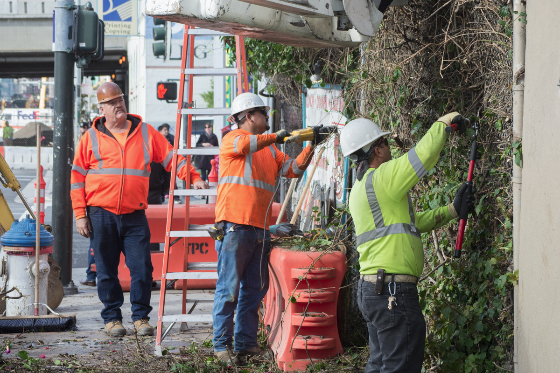 Workers cut back some brush from a fence line to allow room for the installation of an AT&T vault.  Preparations for the extension of the T Third Line continue along 4th Street. Southern SoMa

On 4th Street between Harrison and Bryant streets, the contractor constructed a major excavation known as a launch box at the site where the two Central Subway tunnels begin. This site is being converted to a portal. Underground operations are based here.

On 4th Street between Bryant and King streets, relocation and installation of utilities continues. 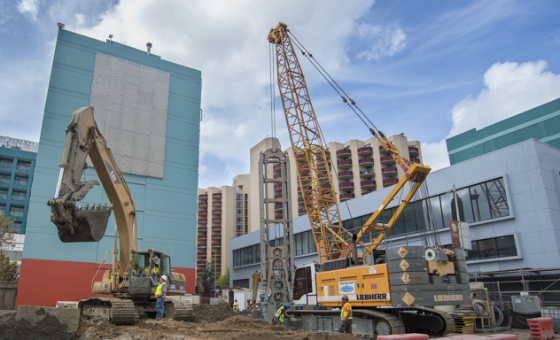 An excavator scoops out a load of material and prepares to offload into a dump truck. Northern SoMa

On 4th Street between Howard and Folsom streets, work to construct the Yerba Buena/Moscone Station continues. The construction of underground station walls is ongoing. Night work continues from 8 p.m. to 5 a.m., Monday through Friday.

On 4th Street between Folsom and Harrison streets, work on replacement of a sewer line. 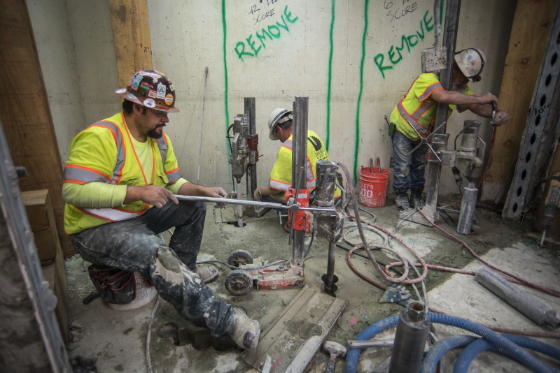 On Stockton Street between Ellis and Post streets, the contractor is building the Union Square/Market Street Station. Most work at this location is pausing until Jan. 5. 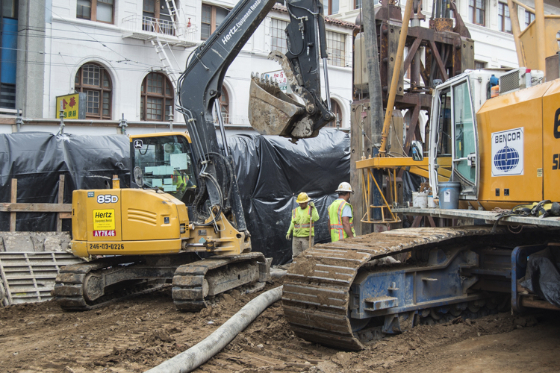 Station walls continue to be built for the future Chinatown Station. The Central Subway will open to the public in 2019. Chinatown 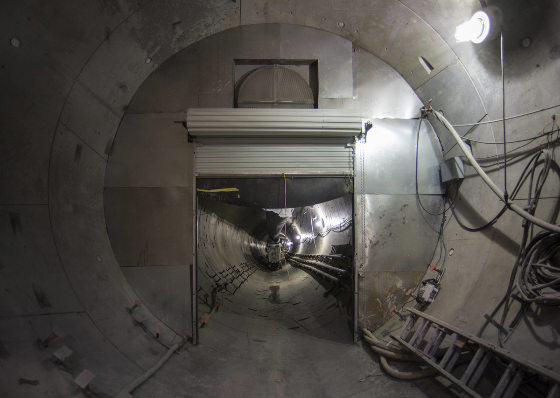 A temporary roll-up door has been installed at the entrance of the southbound tunnel. At the opposite end of this 8500 feet long tunnel is the retrieval shaft in North Beach. North Beach

At 1731-1741 Powell, restoration of the site continues.The work at this location is expected to be completed by the end of this year.

On Columbus Avenue between Union and Filbert streets, street lighting will be completed by mid-January 2015.