Southern SoMa (Harrison to King/Berry): This week we began potholing for utilities on the east side of 4th Street between Bryant and Bluxome. Work will continue in this area next week. At the tunnel launch box on 4th Street between Harrison and Bryant, tunneling continues with both TBMs.

Northern SoMa (Market to Harrison): Construction will continue on 4th between Market and Stevenson as the second TBM passes through the area. On 4th Street between Folsom and Harrison, the road expected to reopen in February. At 4th and Folsom, work to prepare for the Yerba Buena/Moscone Station continues. Work may include demolishing the roadway within the construction zone to prepare to construct underground station walls. This work will be noisy. 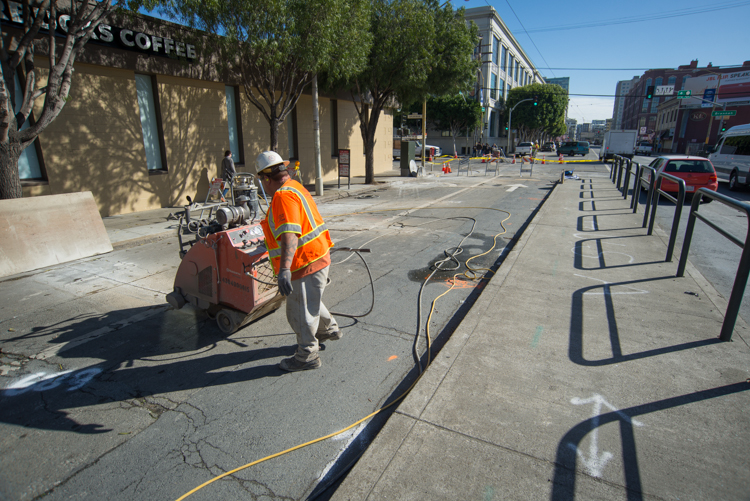 This week we began work on 4th Street at Brannan, the future site of the 4th & Brannan Station. The first phase of work involves exposing underground utilities to confirm their location. Southern SoMa 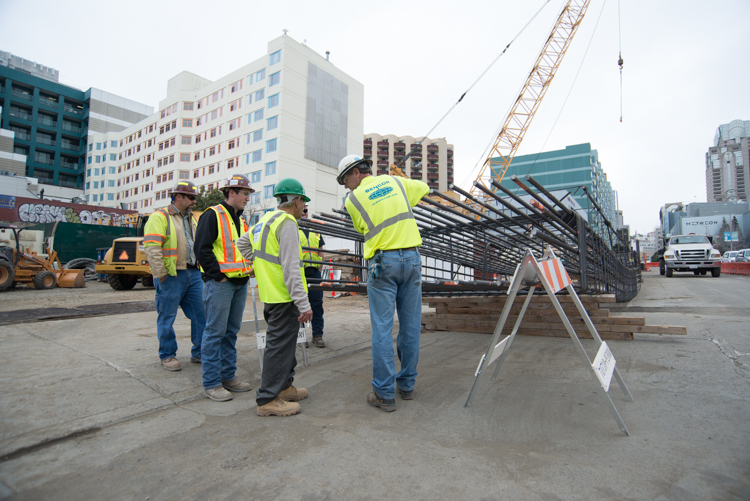 This rebar cage will be lowered into the ground as part of a test wall for the Yerba Buena/Moscone Station. Northern SoMa

On 4th Street between Market and Stevenson, construction has resumed and will continue until the second TBM passes through the area. 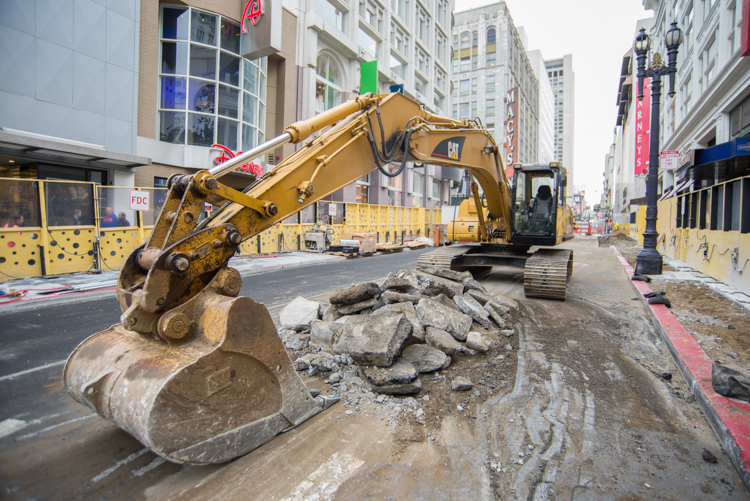 On Stockton Street, we are breaking up the roadway, preparing to build a station here. Union Square 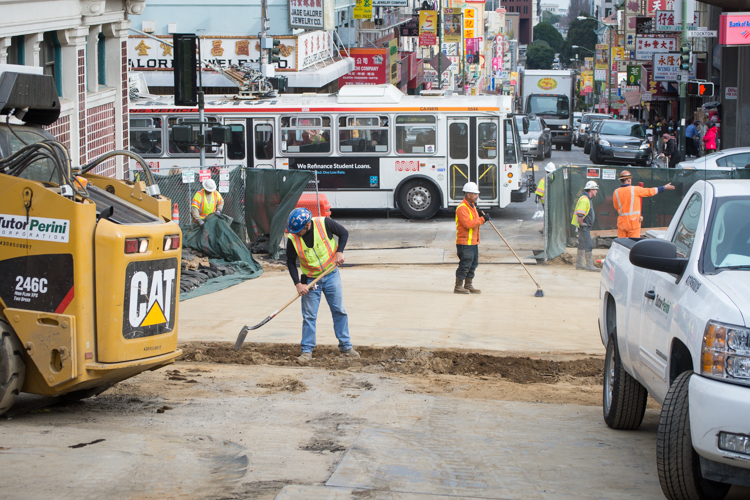 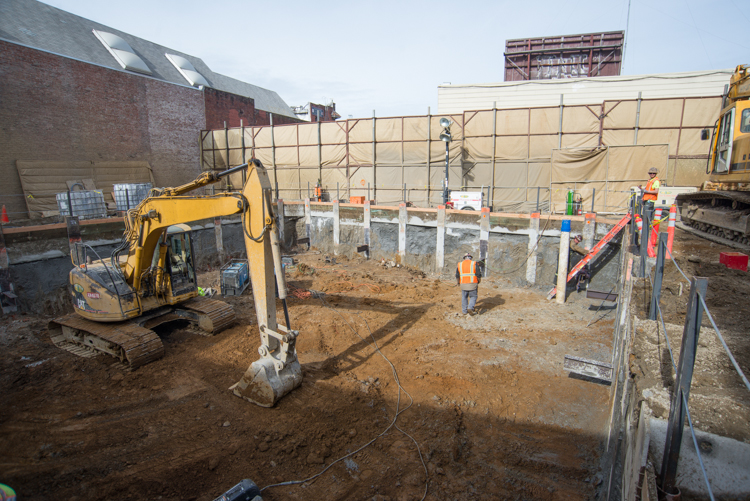 At 1731-1741 Powell, we are excavating the shaft from which the tunnel boring machines will be removed. The first TBM is expected to arrive in the spring. North Beach