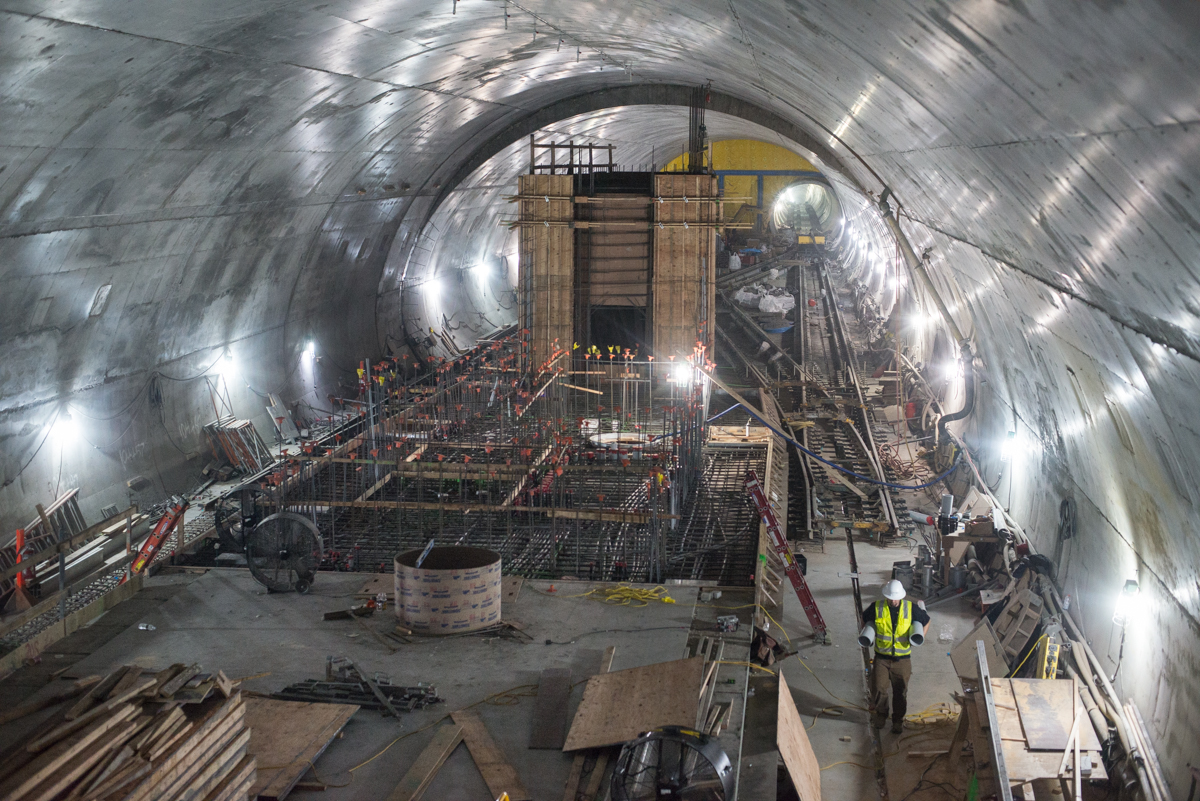 Looking south inside the Chinatown Station platform cavern, a partially-completed section of platform can be seen with the X-shaped track crossover cavern interchange beyond. Central Subway | Project Advancement 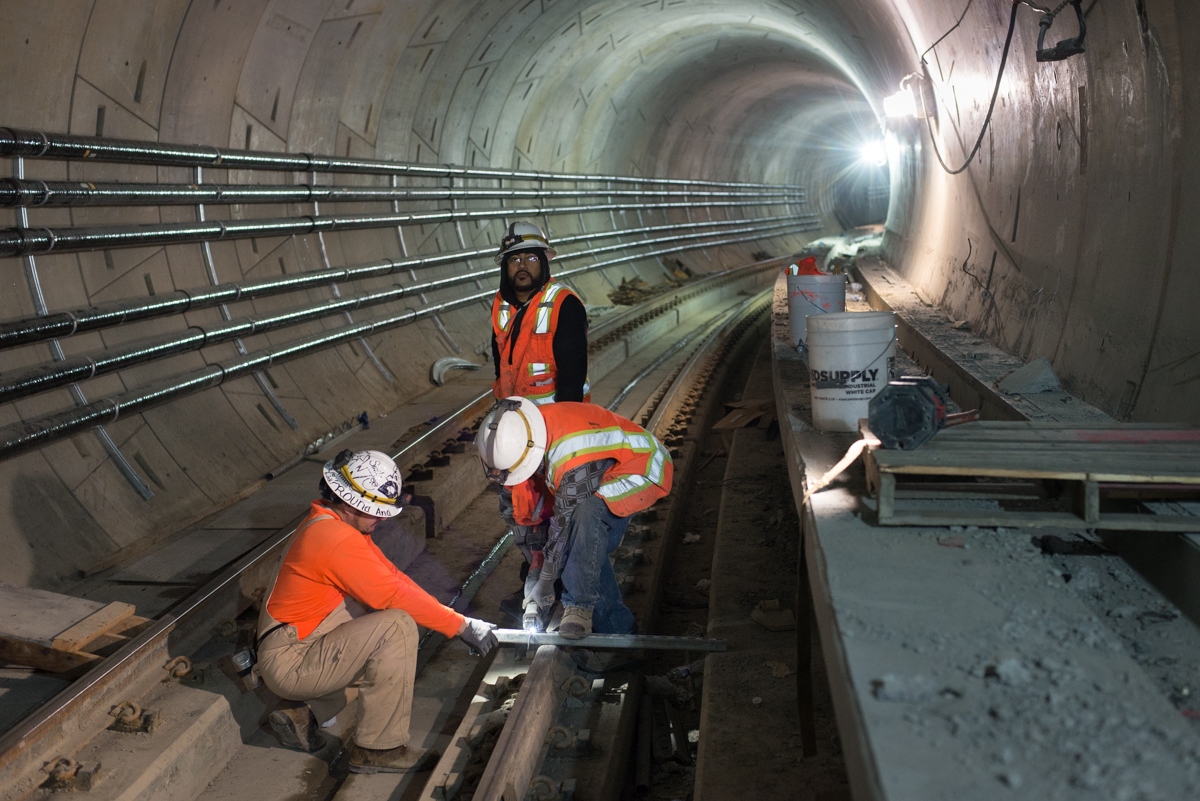 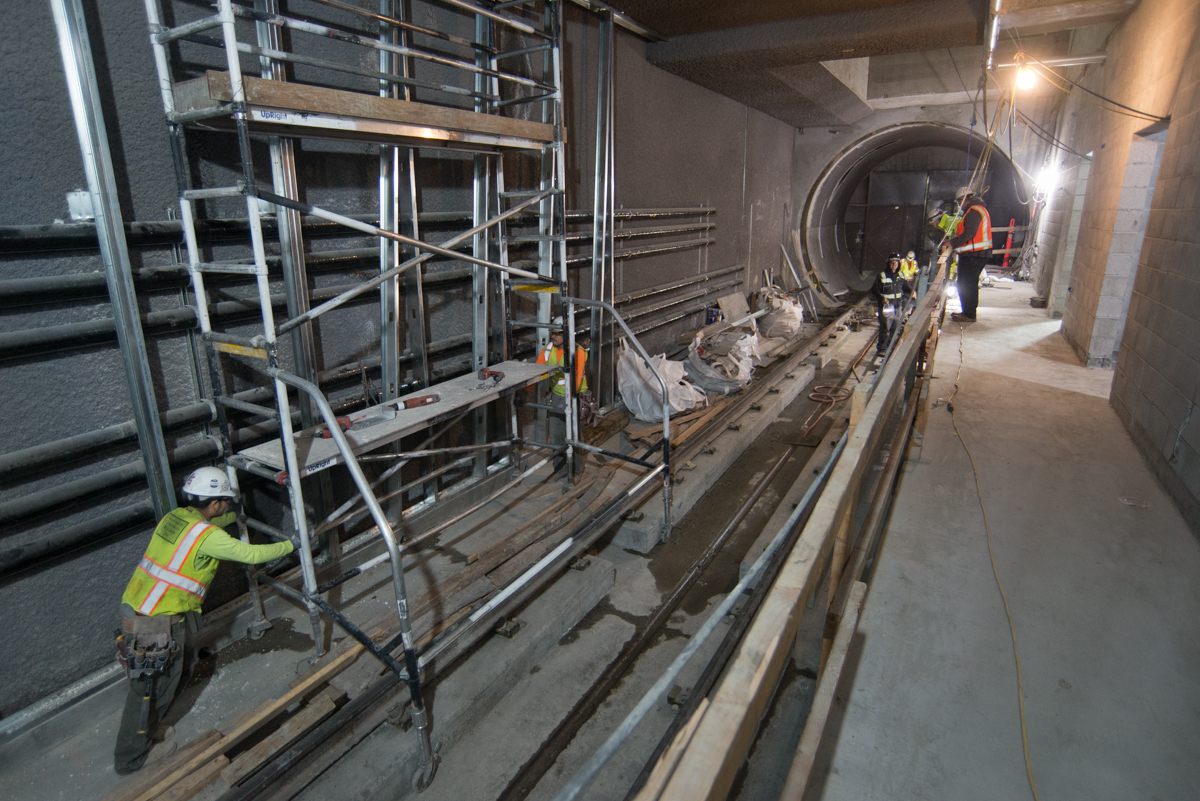 A large section of scaffolding is rolled into place for the installation of metal studs on the platform level of Yerba Buena/Moscone Station. 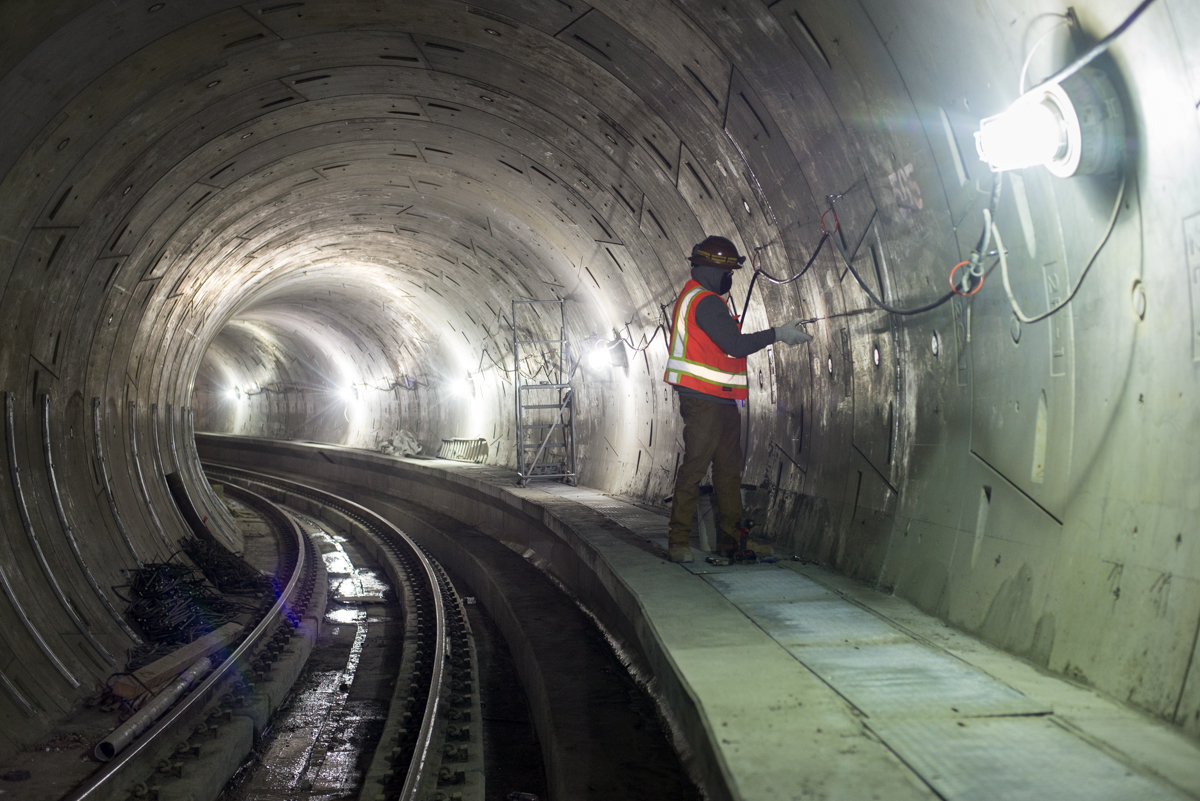 A worker inside the S-curve of the northbound tunnel prepares sections of tunnel wall prior to installing curved brackets to mount utility pipes. Overview 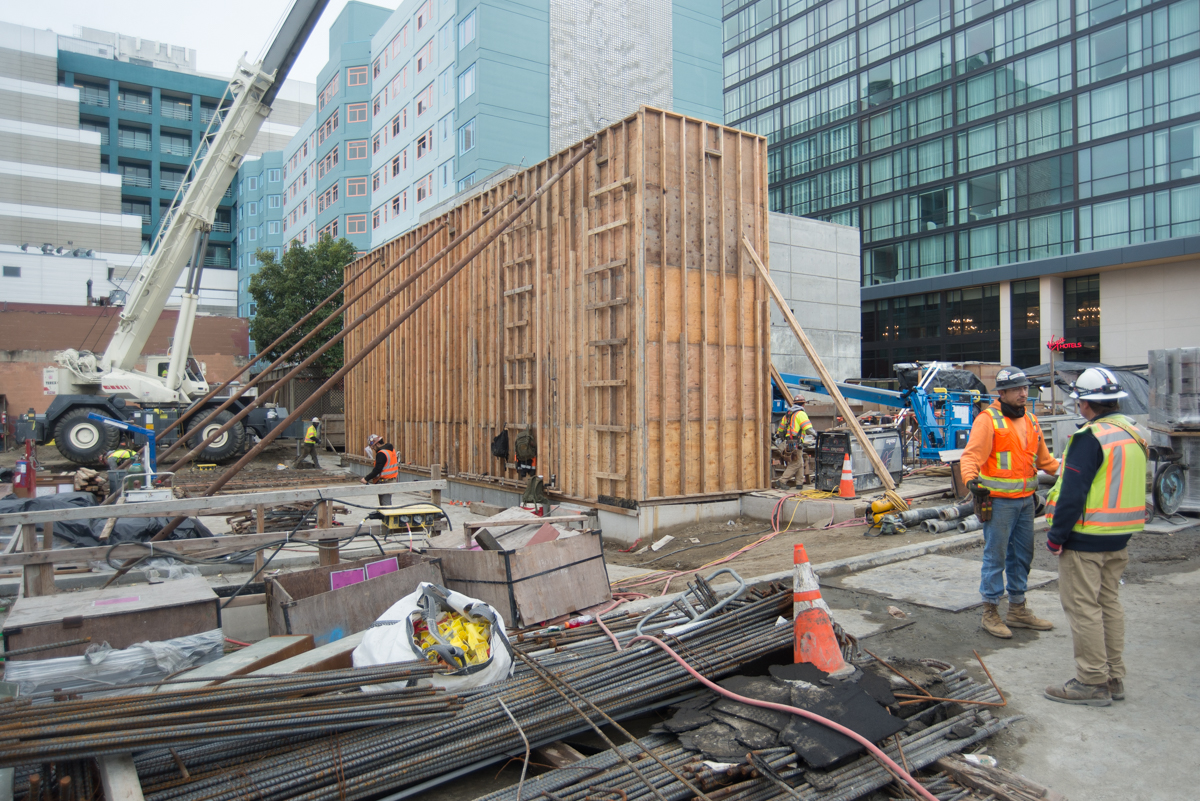 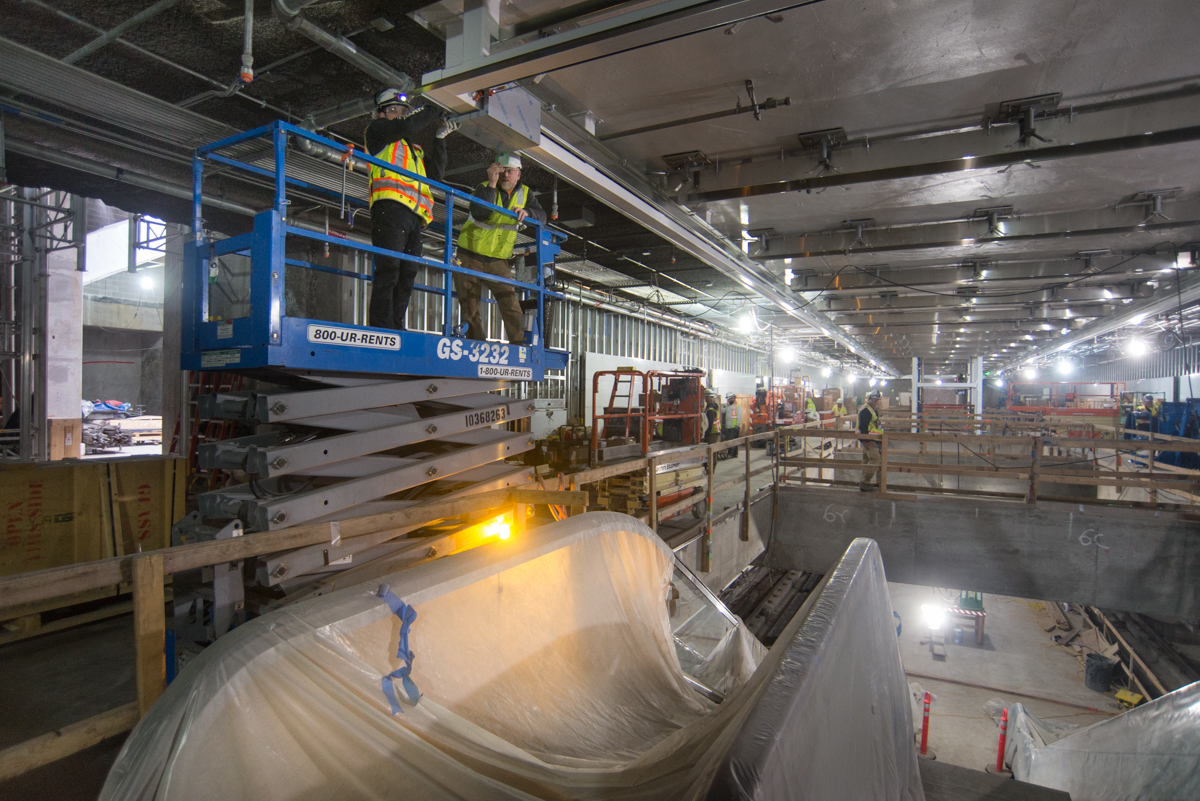 Workers on the concourse level install a test piece of a section of the finished concourse ceiling design. 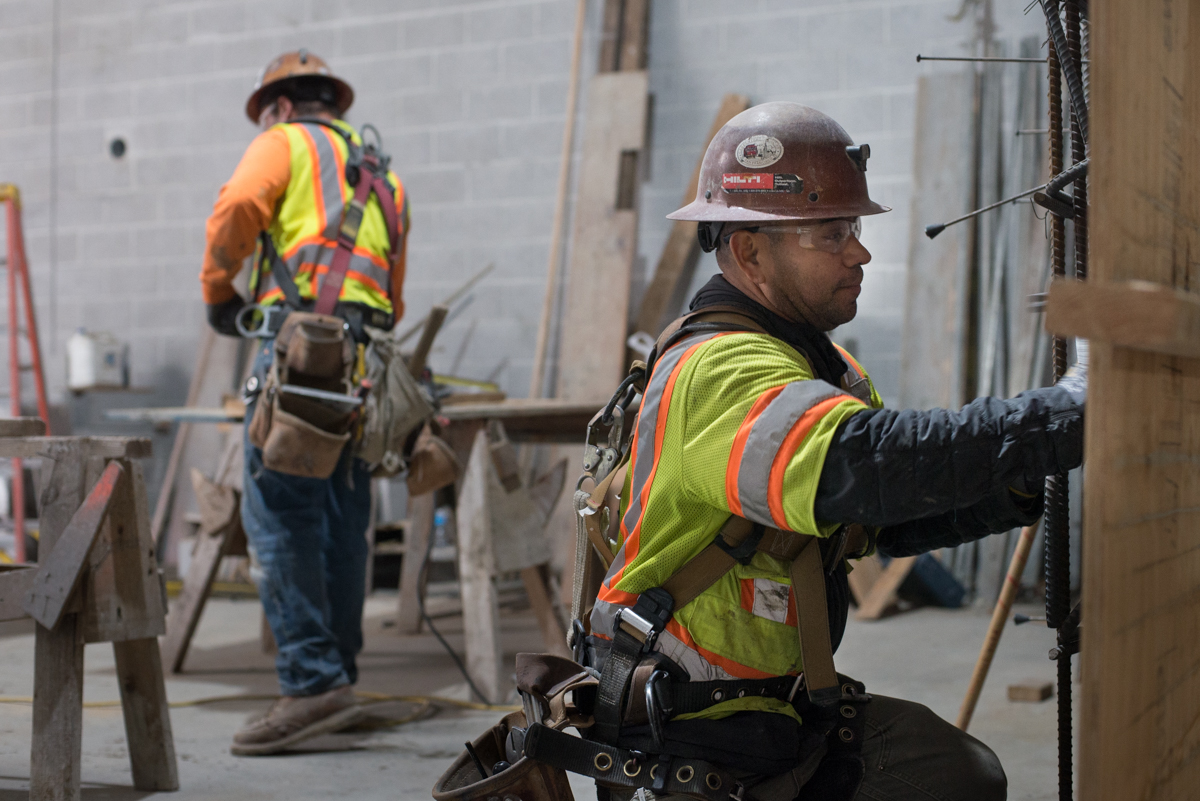 Carpenters install rebar and built concrete forms to build an interior wall on the mezzanine level of the headhouse. Overview 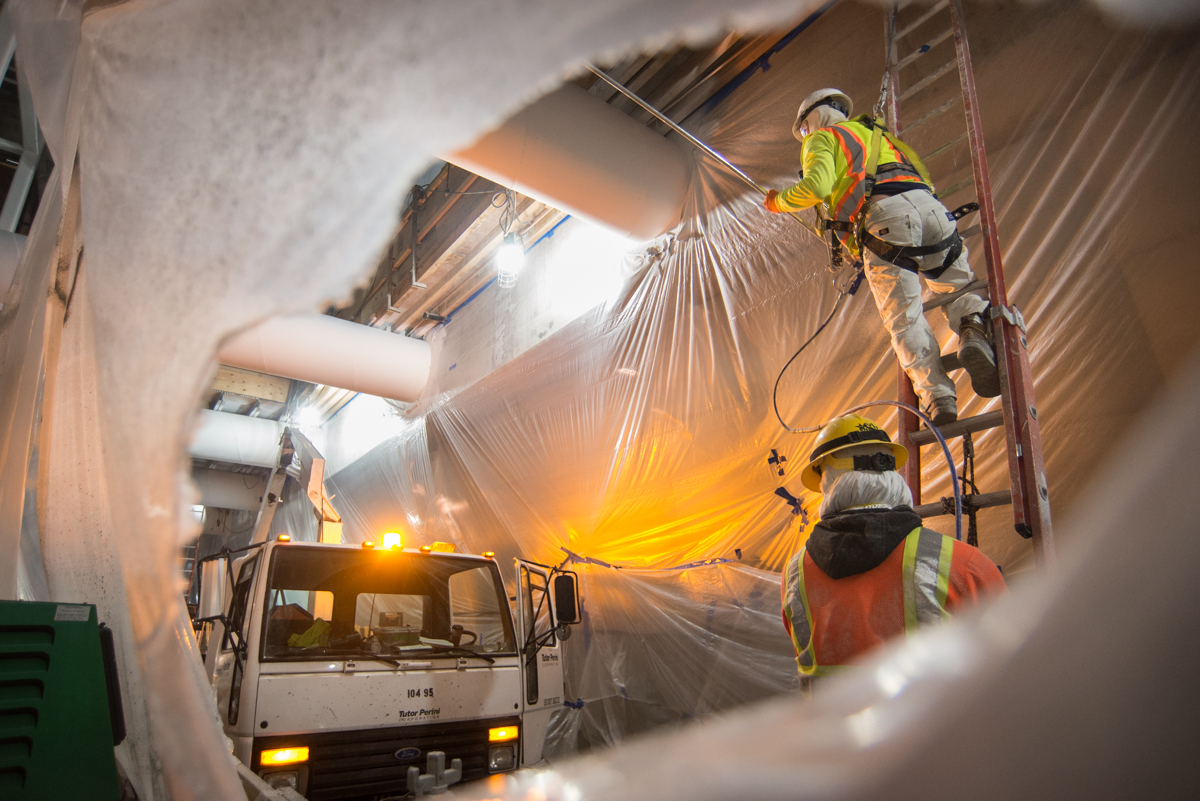 Two crewmembers on the northbound side of the station platform can be seen painting struts and other interior structural elements, masked off with huge sections of plastic sheeting. Union Square | Market Street Station

One lane on the south side of Ellis Street is open at all times for eastbound traffic.  Stockton Street between Geary and Ellis is under a long-term closure.  Parking garage access is open on north side of Ellis Street.  The installation of waterproofing, structural steel, and concrete at the southeast corner of the Union Square Garage continues.  There will be a continued presence of vehicles and equipment as work at this location continues.  Installation of internal structural elements and utilities is ongoing under Stockton Street as well as the northeast corner of Stockton and O'Farrell. 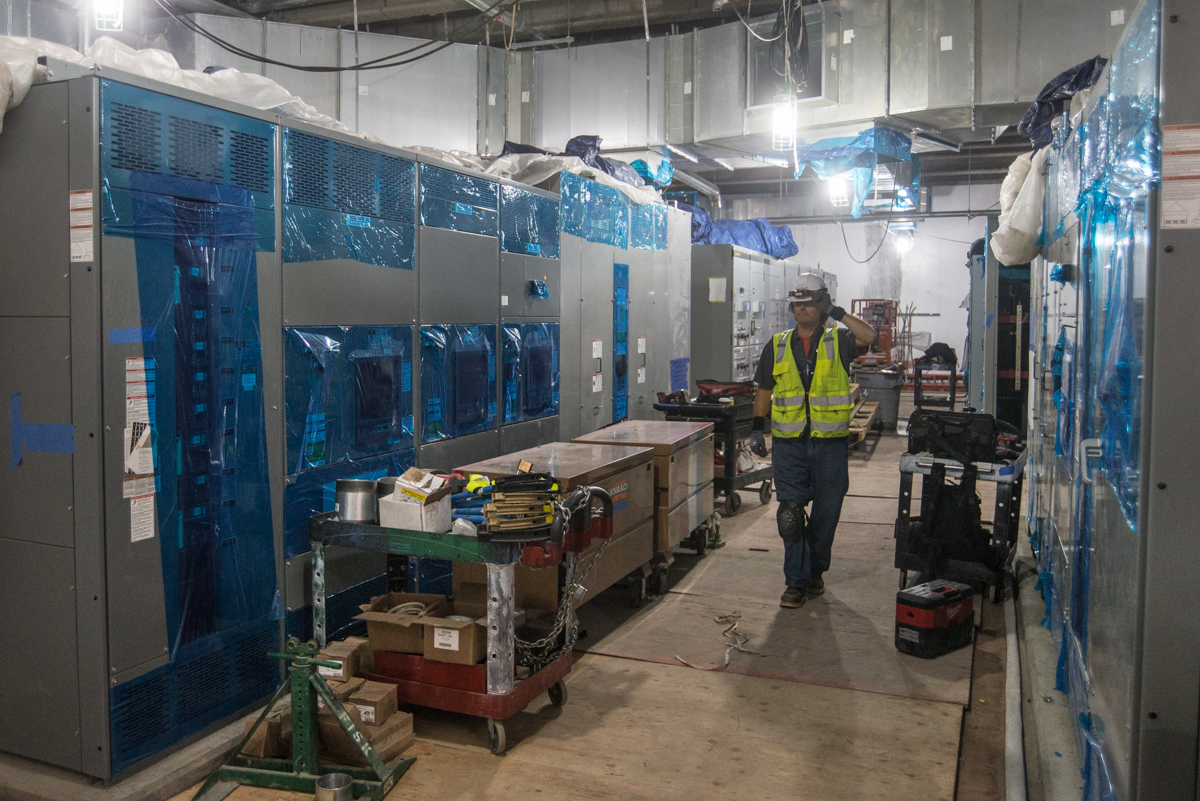 A technician walks aisles of systems and electrical equipment being installed inside the north concourse. 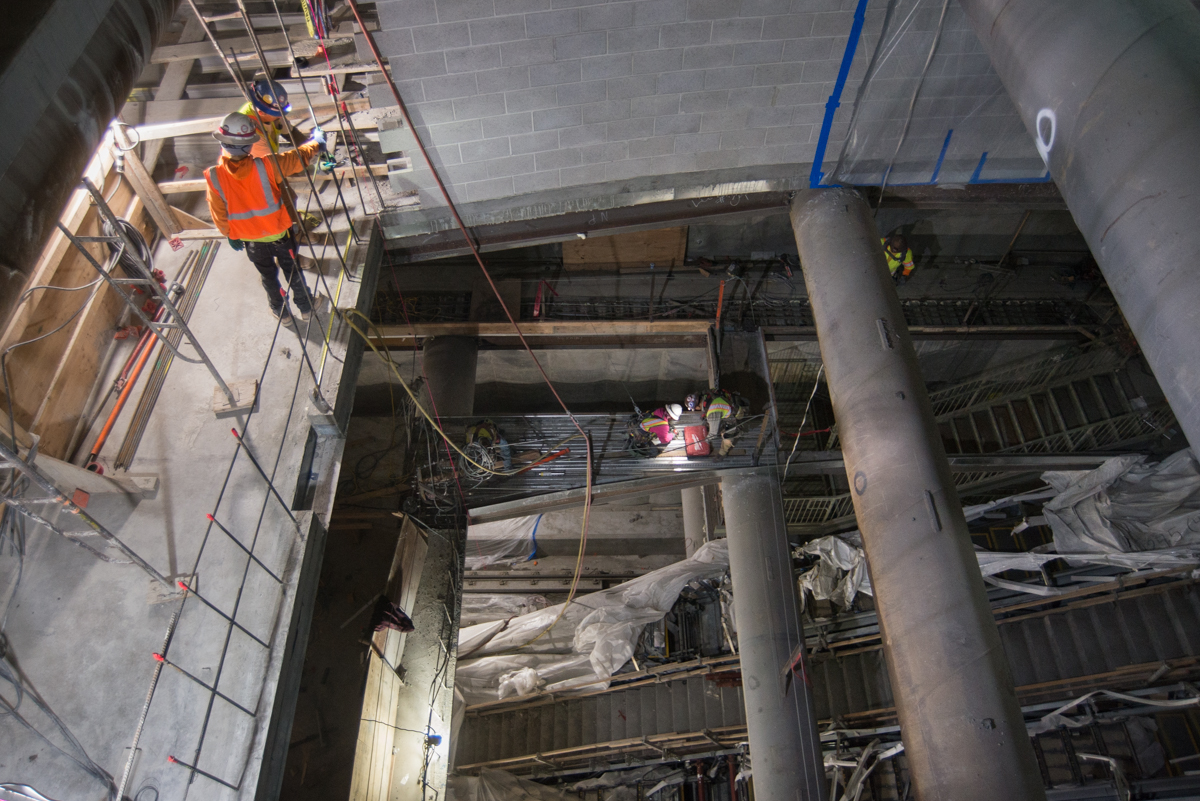 Steel framing, sections of floor slabs, and and interior cinderblock walls continue to be installed near the south end of the station box. Overview 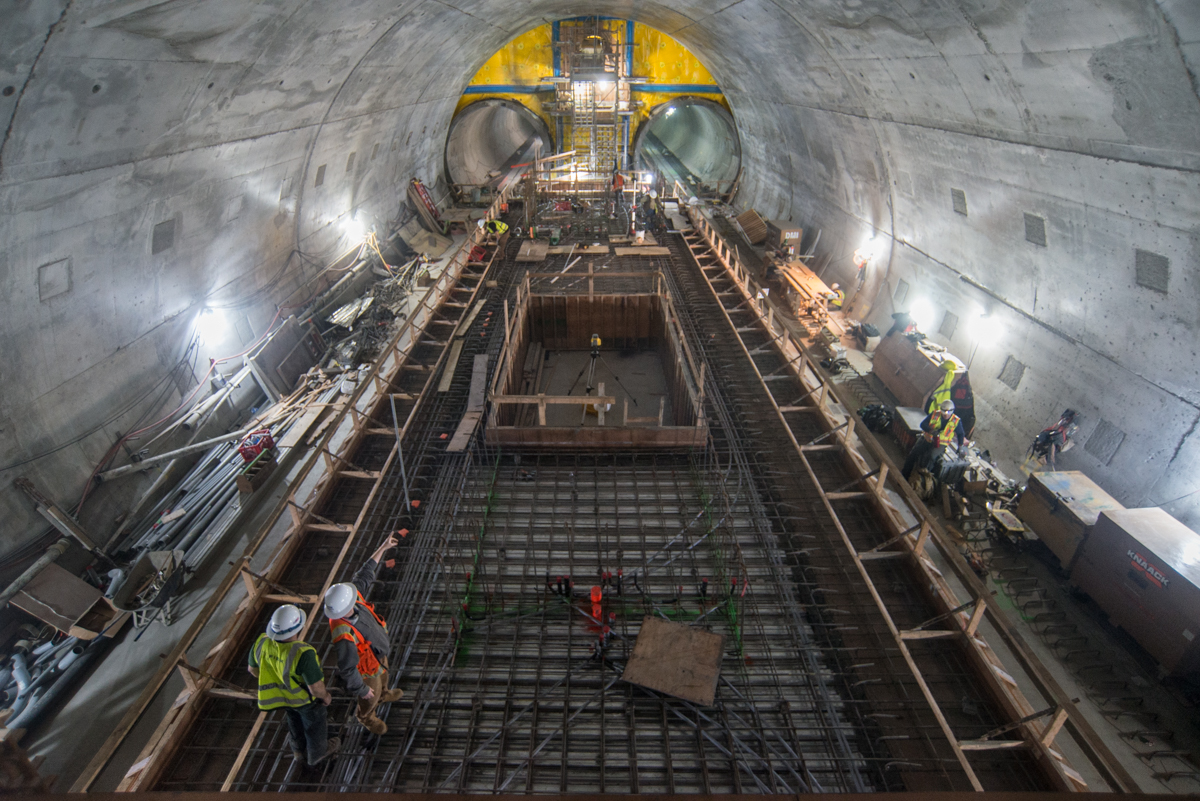 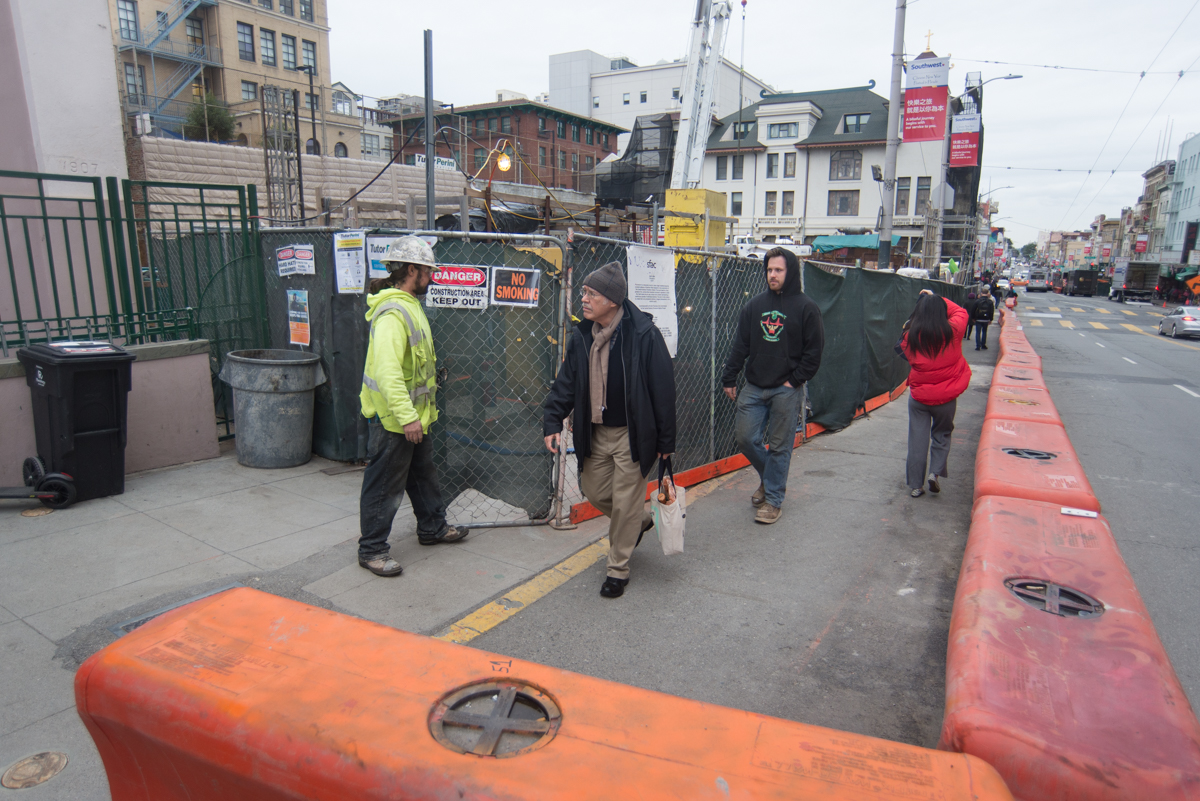 Pedestrians walk down the temporary walkway along the edge of the headhouse worksite which may be closed again in the coming weeks. 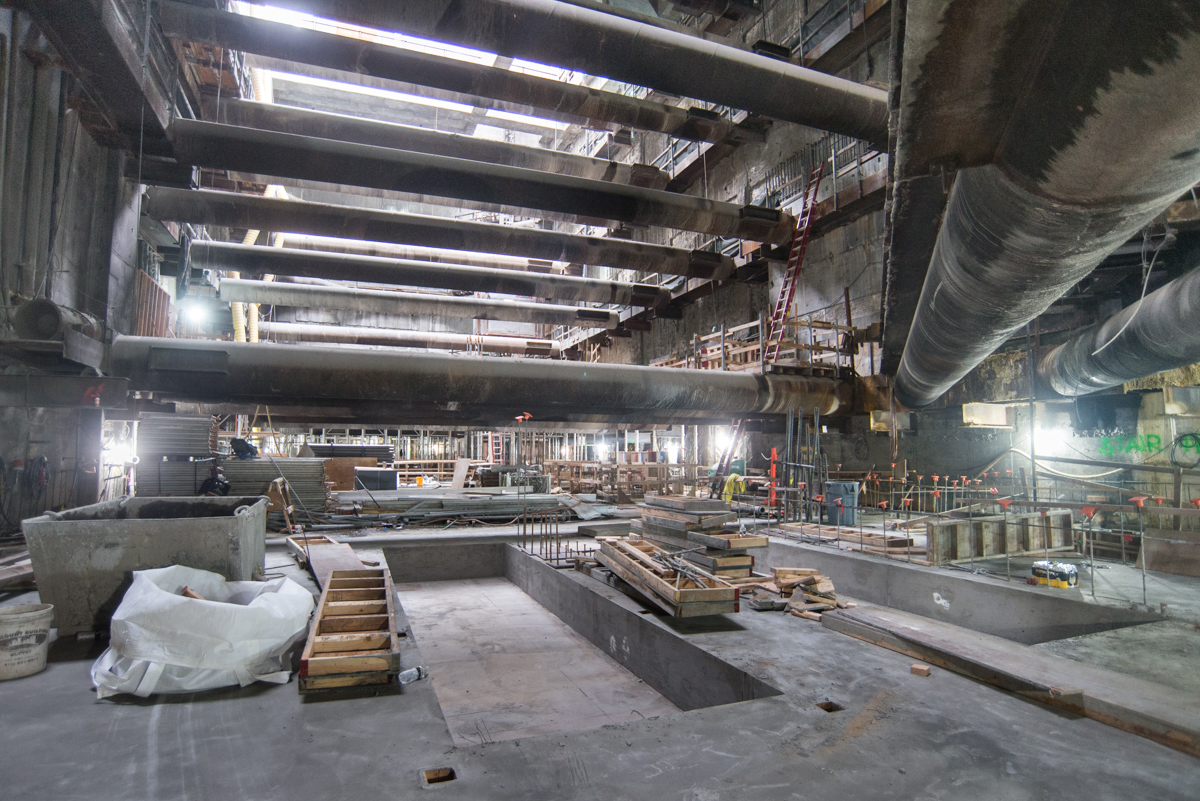 Recesses in the concourse level floor slab inside the headhouse mark the eventual landing spots for escalators. Overview