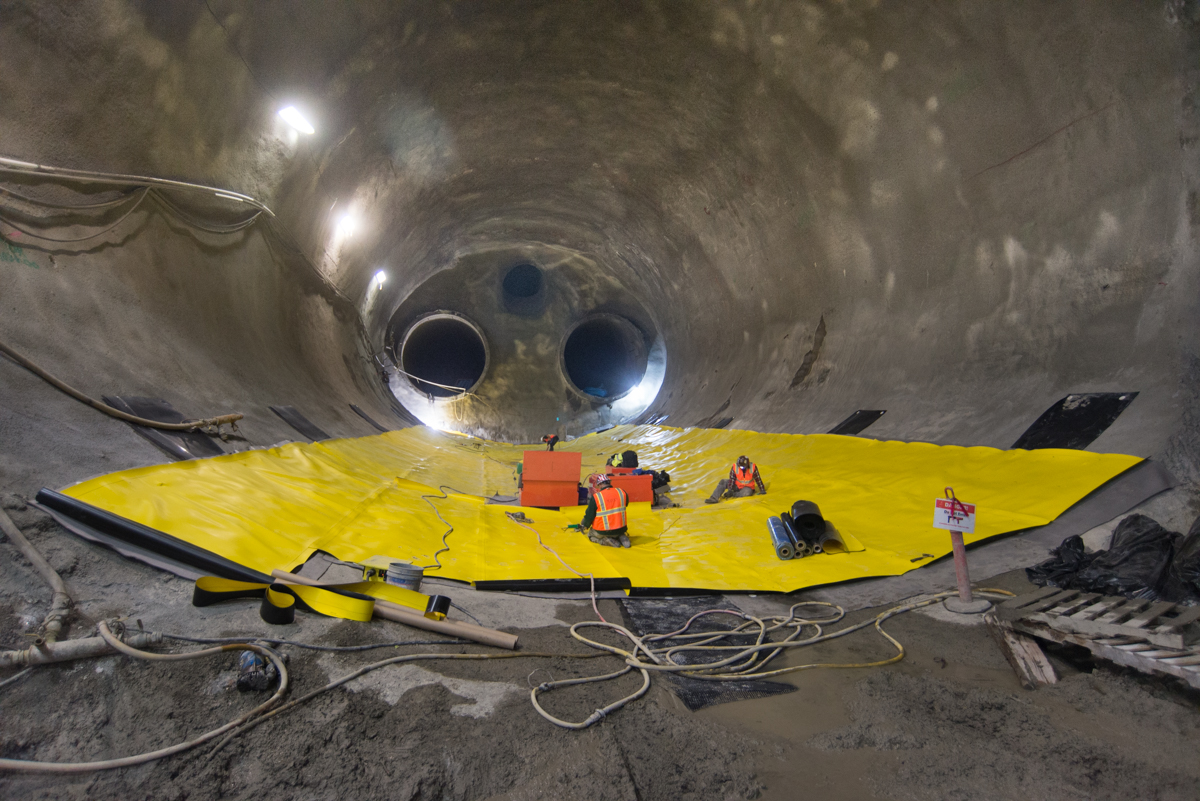 Inside the Chinatown Station platform cavern just north of the entrance from the headhouse, workers have begun to install sheets of waterproofing against the exterior shotcrete shell. Central Subway | Project Advancement 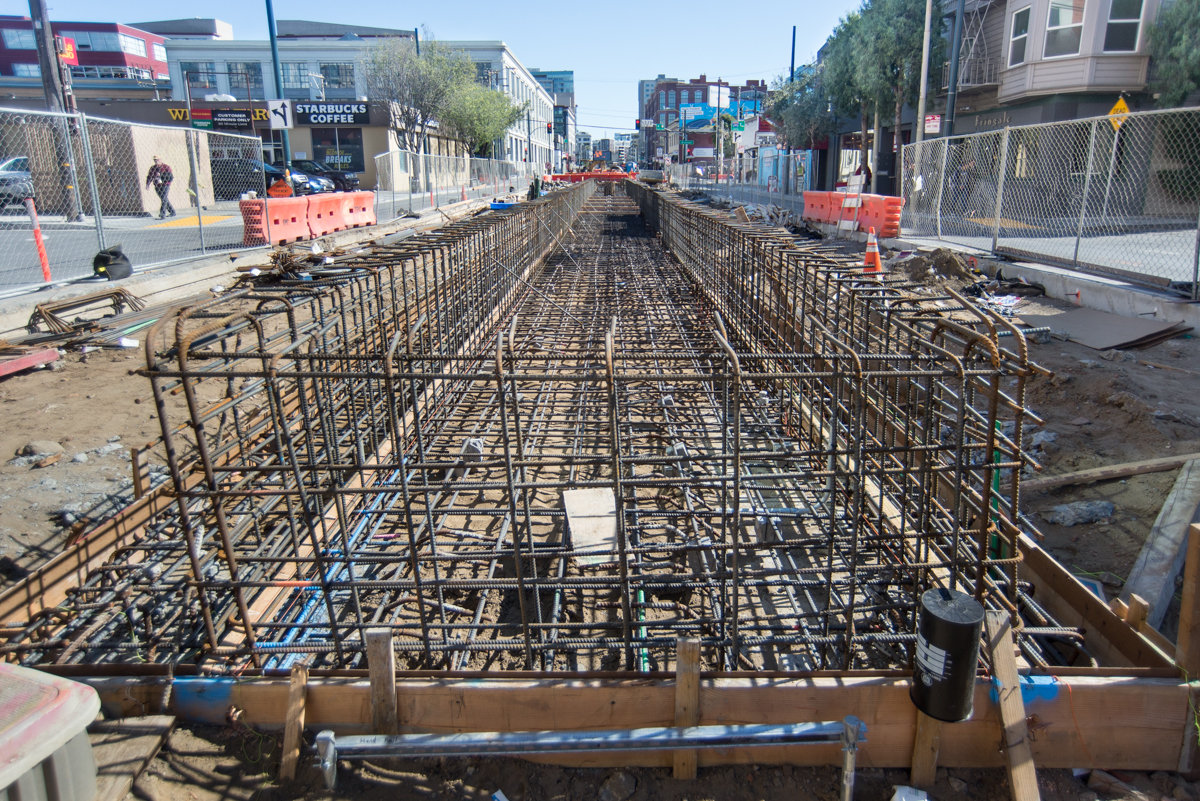 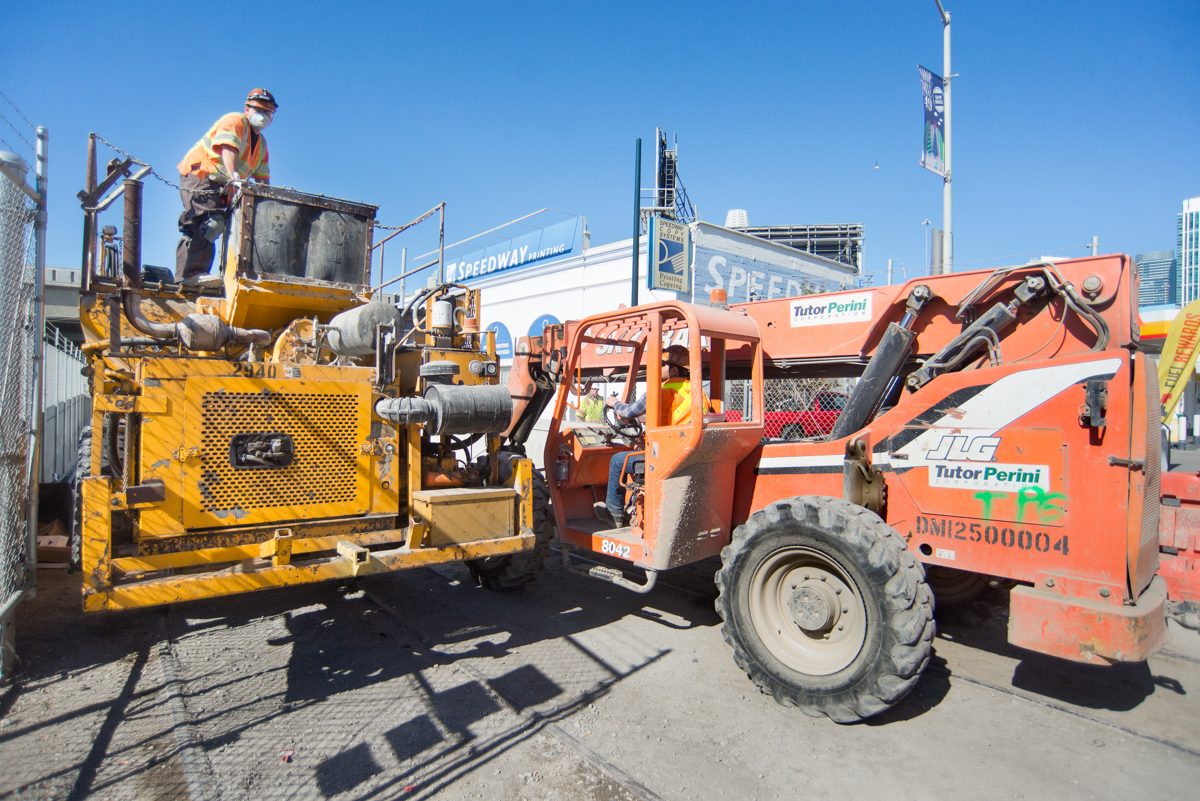 A worker cleans concrete from a hopper intake following a pour inside the tunnel, while a skytrak driver carefully navigates out of the tunnel portal. 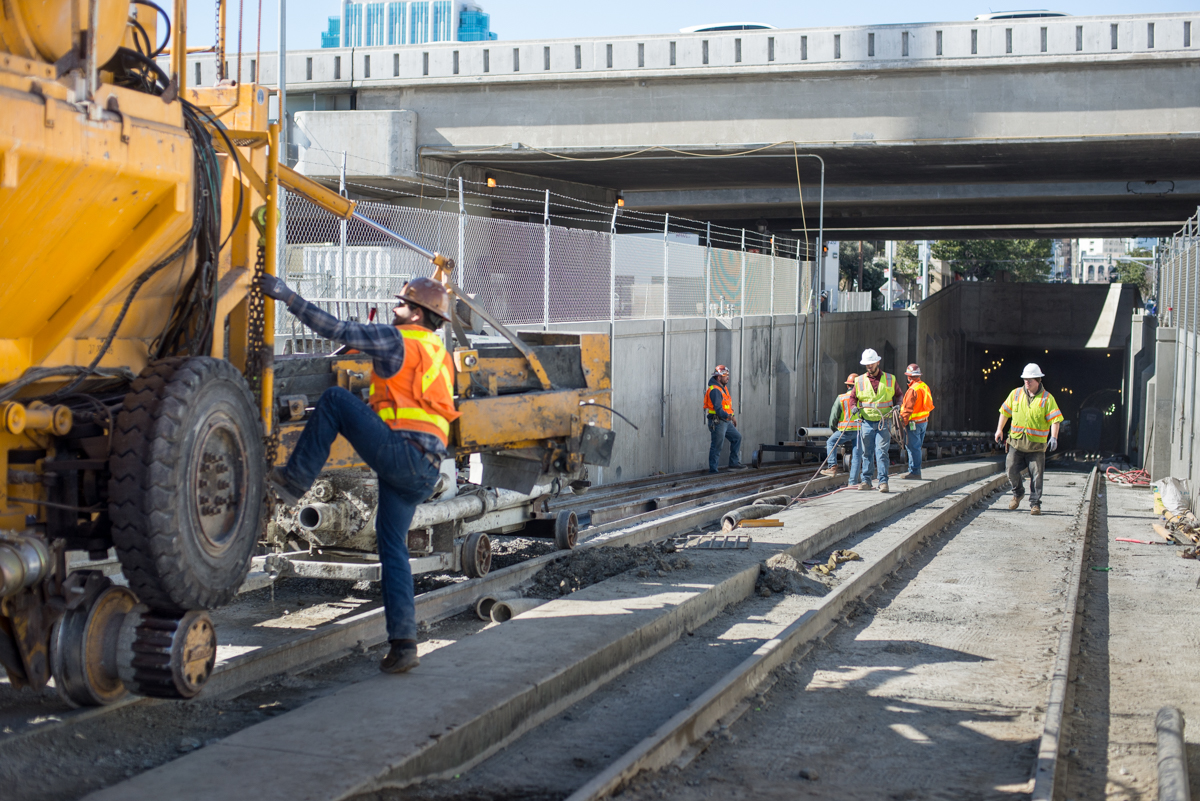 A crew emerges out of the tunnel portal following a concrete pour inside the southbound tunnel. Overview 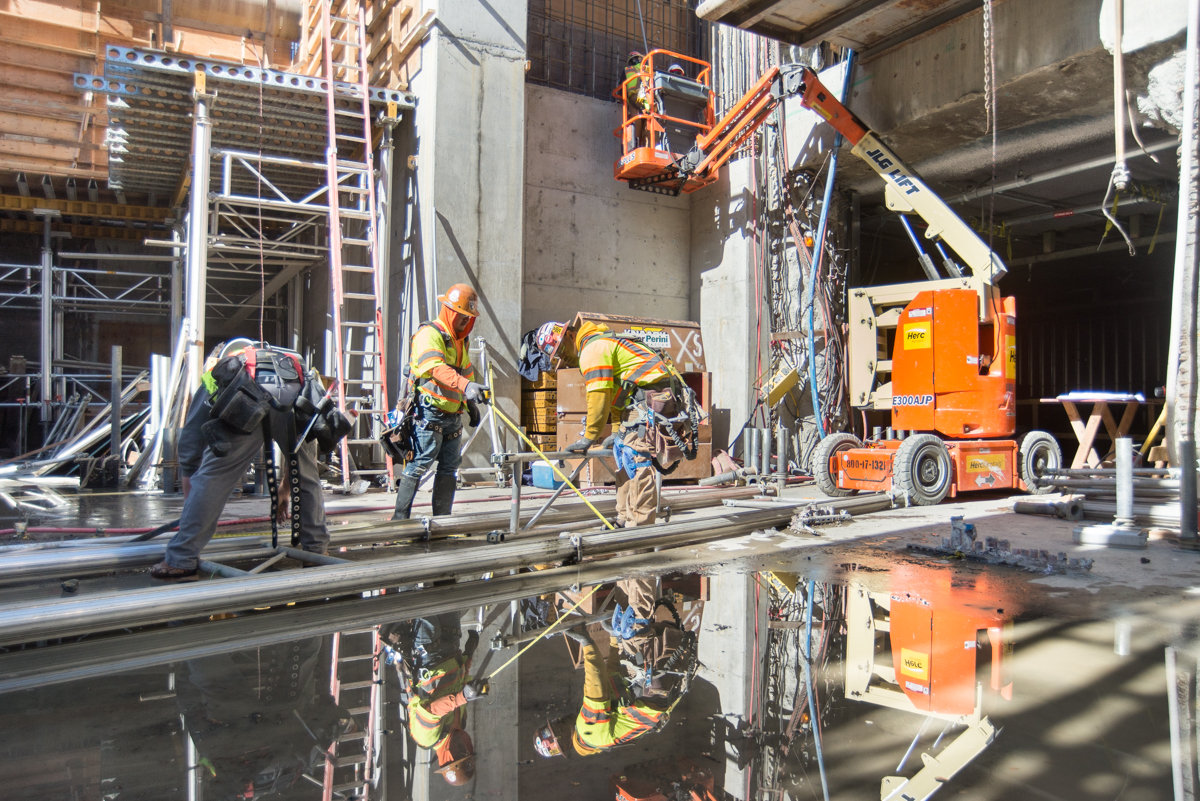 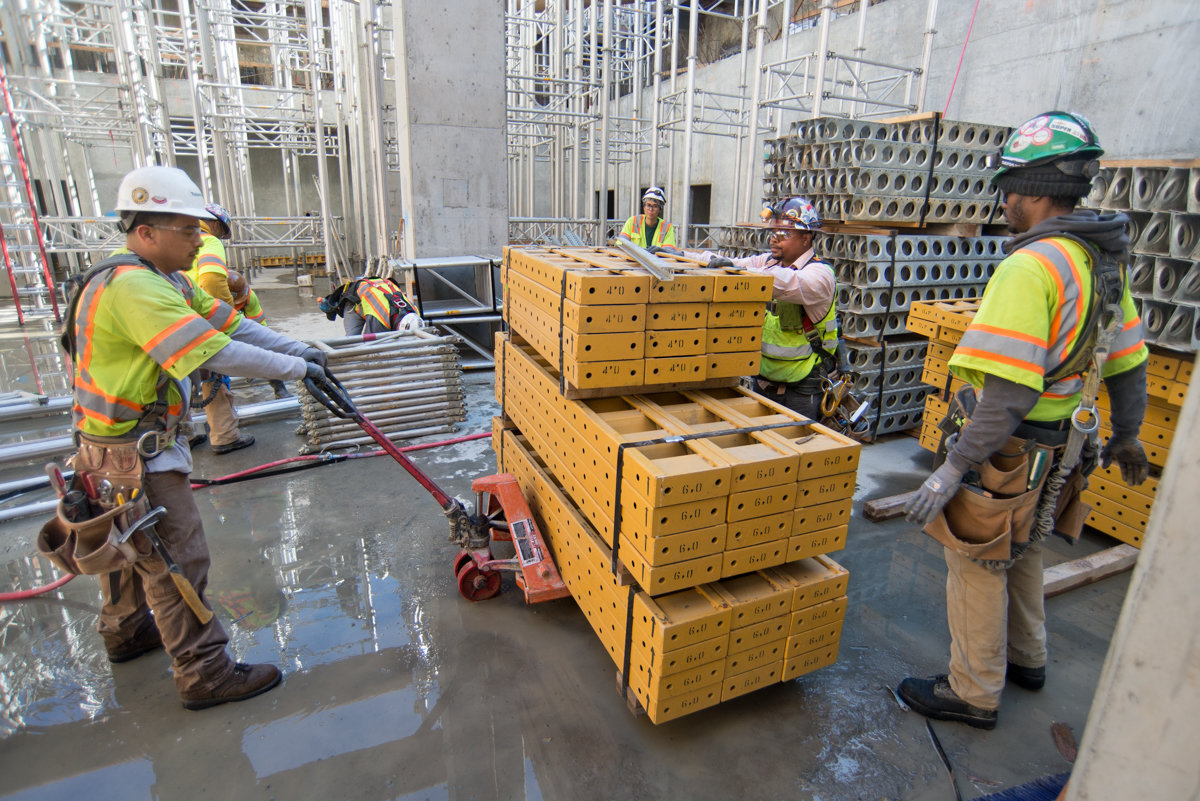 Scaffolding is being unpacked and set up inside the station headhouse to prepare for construction of the street-level roof slab. 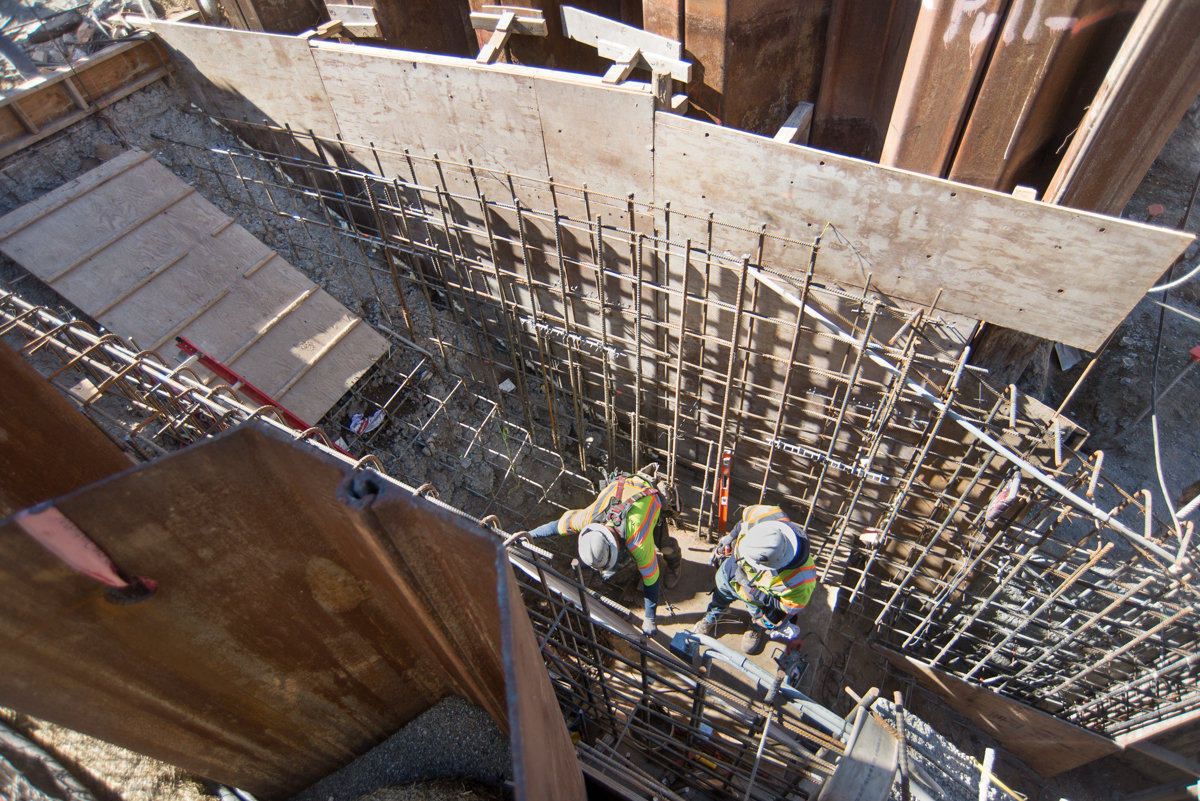 Workers are building an emergency egress staircase at the southwest corner of the station headhouse. Overview 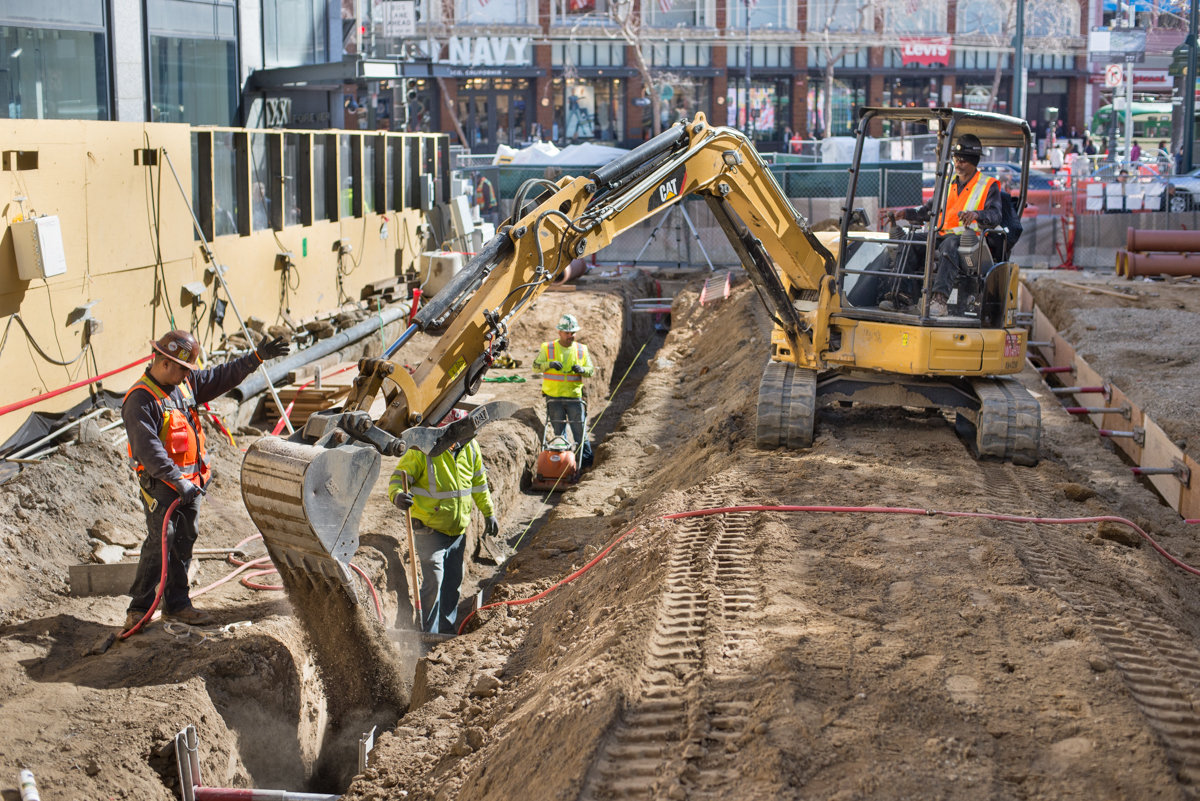 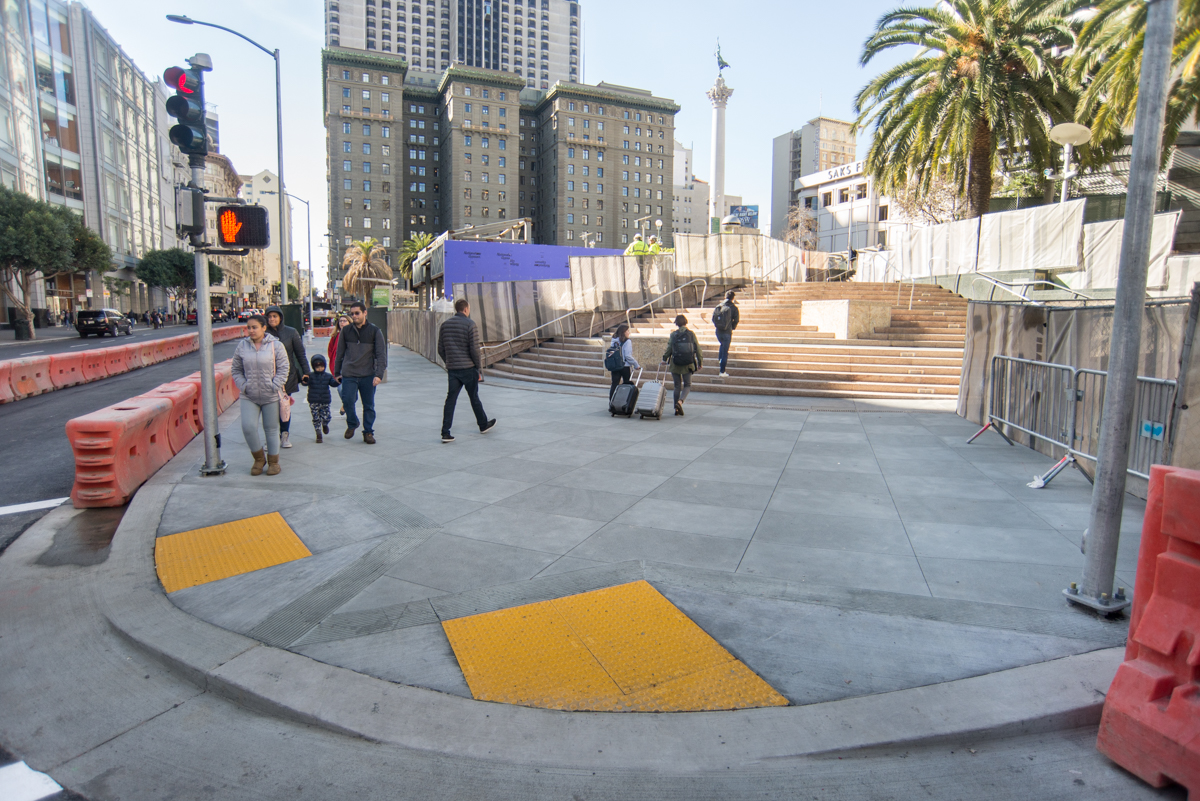 Pedestrians cross the newly restored sidewalk and stairs at the southeast corner of Union Square as part of roadway restoration work. 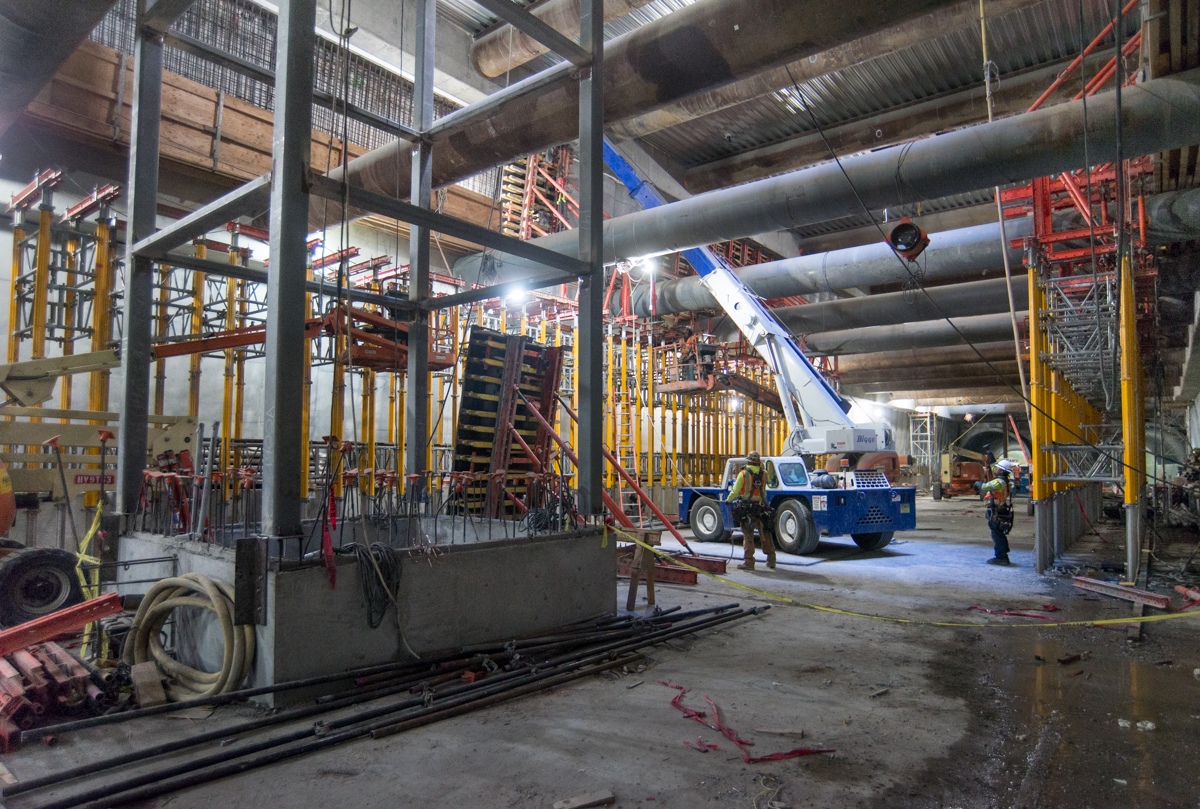 Light beams in through a street-level access portal high above as workers install sections of concrete forms just above the platform level. Overview 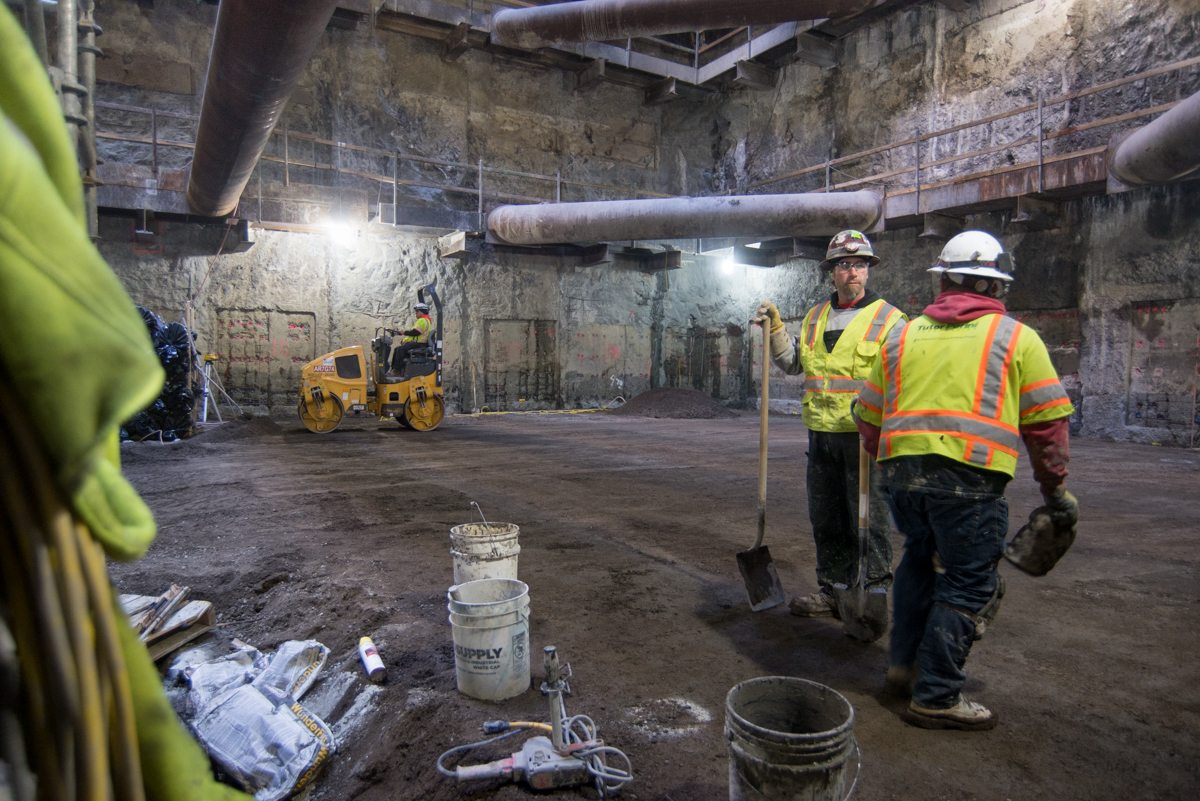 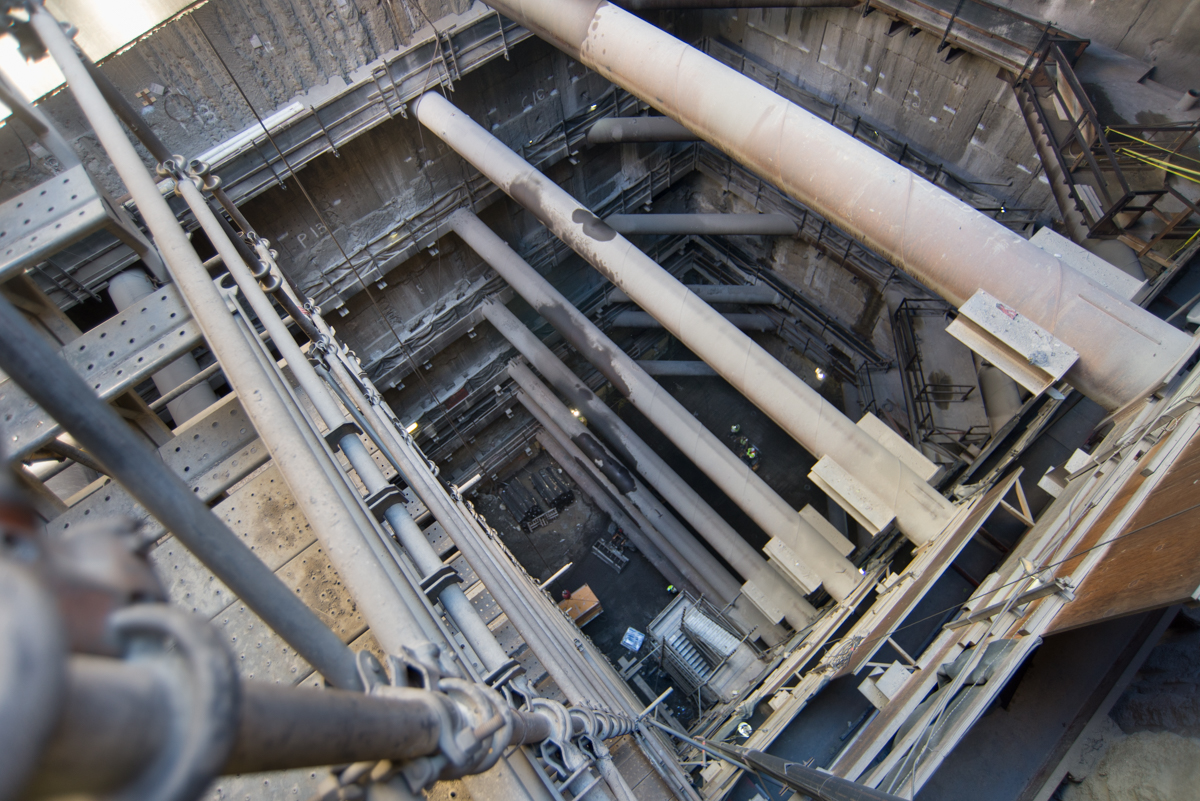 View looking down into the station headhouse, with multiple rows of steel struts reinforcing against soil pressure on the exterior slurry walls. 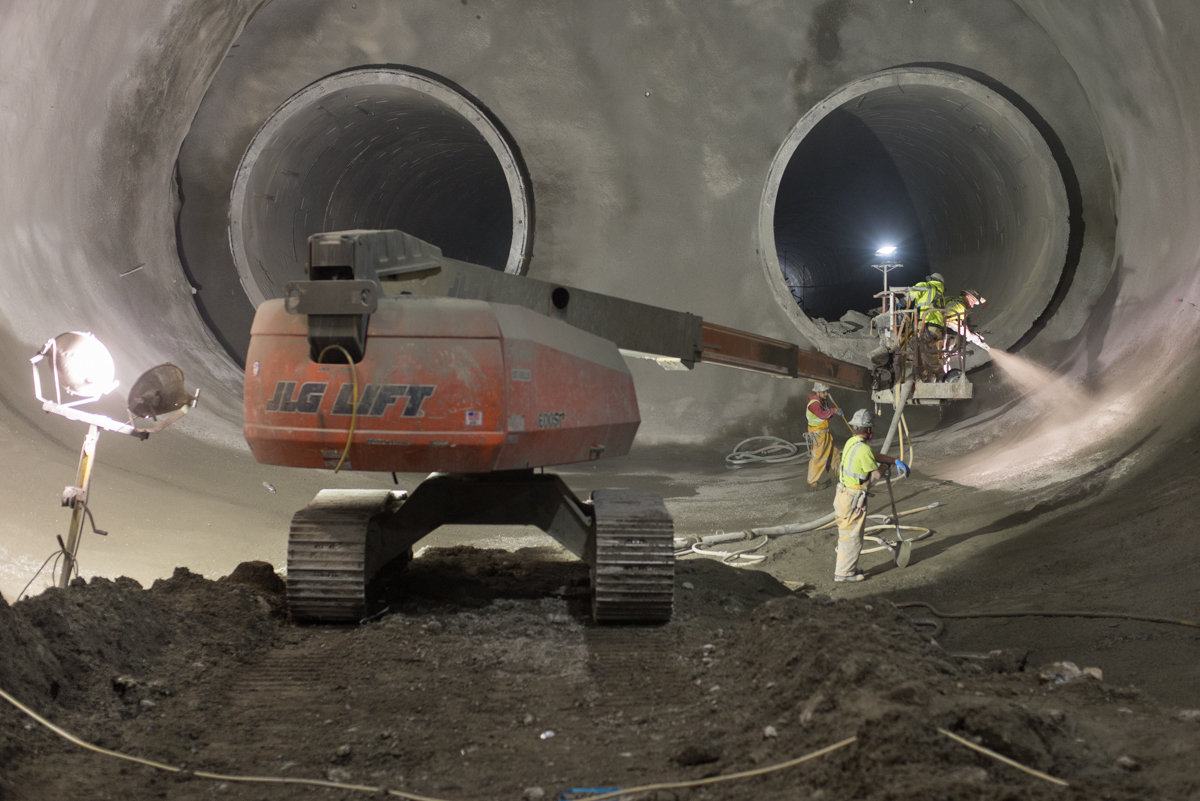 At the south end of the platform cavern where the future track crossover will be located, a crew finishes up spraying shotcrete. Overview