Northern SoMa (Market to Harrison): On 4th between Market and Stevenson and 4th Street between Folsom and Harrison, ground improvement work is now complete. We have begun to restore the roadway. At 4th and Folsom, work to prepare for the Yerba Buena/Moscone Station continues. This may include excavating a high-pressure water line at 4th and Folsom at night, as well as demolishing the roadway within the construction zone to prepare to construct underground station walls. This work will be noisy.

Union Square: Stockton Street between Ellis and Geary is closed to vehicular traffic to allow for construction of the Union Square/Market Street Station. Work is underway to construct shallow underground walls in preparation for the station construction.

Chinatown: The contractor will start station wall construction within the future station site and on the adjacent section of Washington Street. 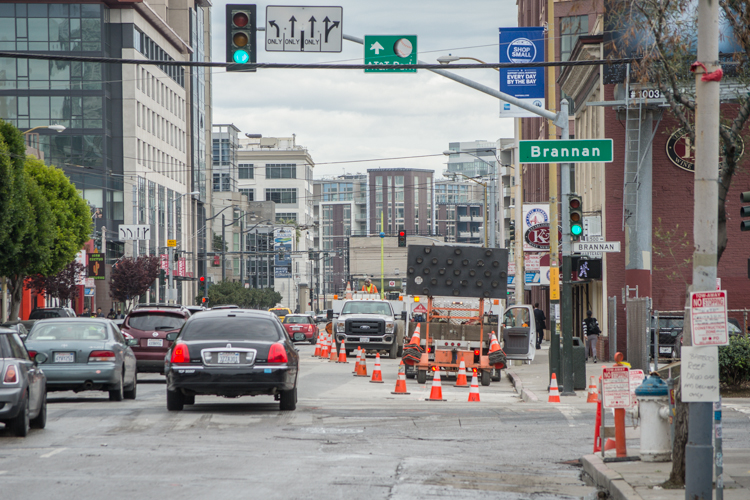 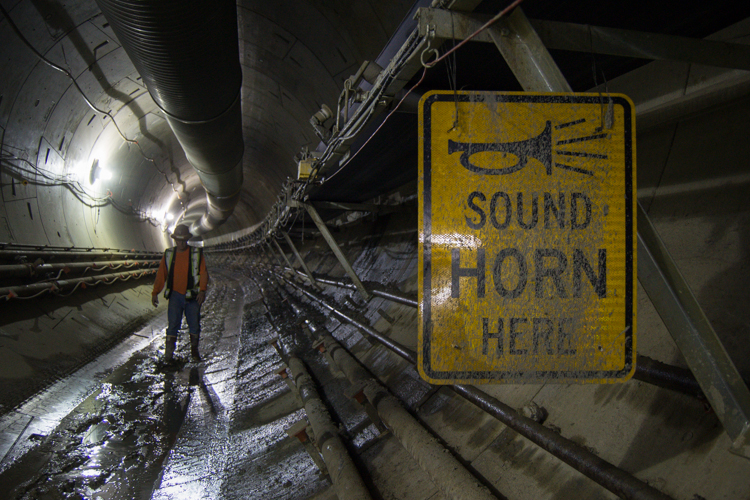 A sign marks the approach to the northbound tunnel S-curve, where the tunnel turns to move under the Market Street BART and Muni tunnels, then up Stockton Street. Northern SoMa

On 4th Street between Market and Stevenson, construction is now complete. Crews will restore the roadway in the next few weeks.

On 4th Street between Howard and Folsom, preparatory work to construct the Yerba Buena/Moscone Station is now in progress at the corner of 4th and Folsom. Soil testing is underway and station construction will start soon.

On 4th Street between Folsom and Harrison, the contractor is restoring the area and will perform underground sewer surveys. We expect work at this location to be completed in March. 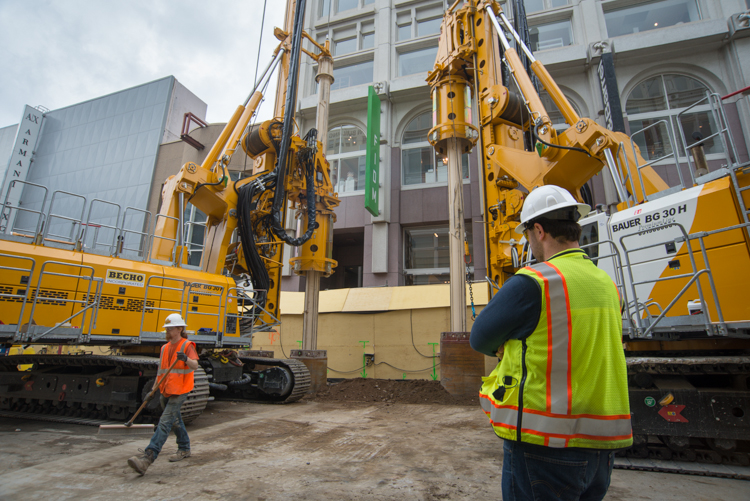 Before constructing the underground station walls, crews first use these auger drills to excavate and remove abandoned basement walls and utilities.
Union Square

Ground improvement related to tunneling is now complete on Ellis Street between Stockton and Powell streets. The contractor will be vacating the site in the next few weeks. 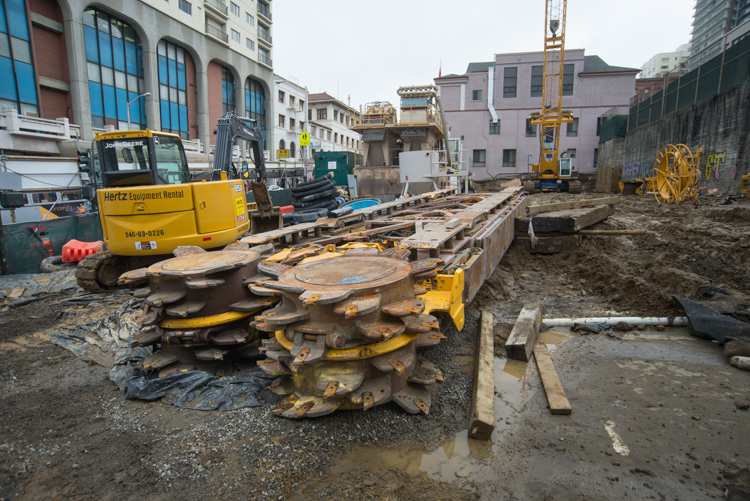 At the Chinatown Station work site, this device, called a "hydromill" will eventually be used to help construct underground walls.
Chinatown

On Stockton Street from Sacramento to Broadway, construction of Chinatown Station is now underway within the property lines and nearby on Washington Street. 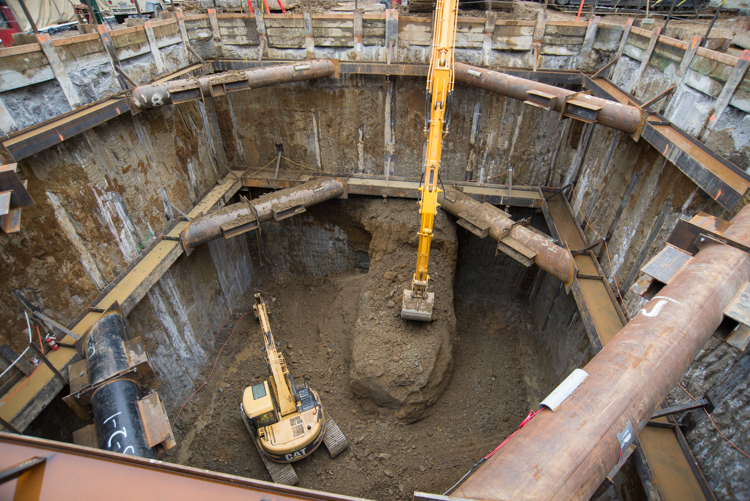 At 1731-1741 Powell, crews are constructing a retrieval shaft to remove the two tunnel boring machines from the ground when tunneling is finished.
North Beach

On Columbus Avenue near the intersection with Union Street, crews will be completing underground sewer work and restore roadway, starting next week.