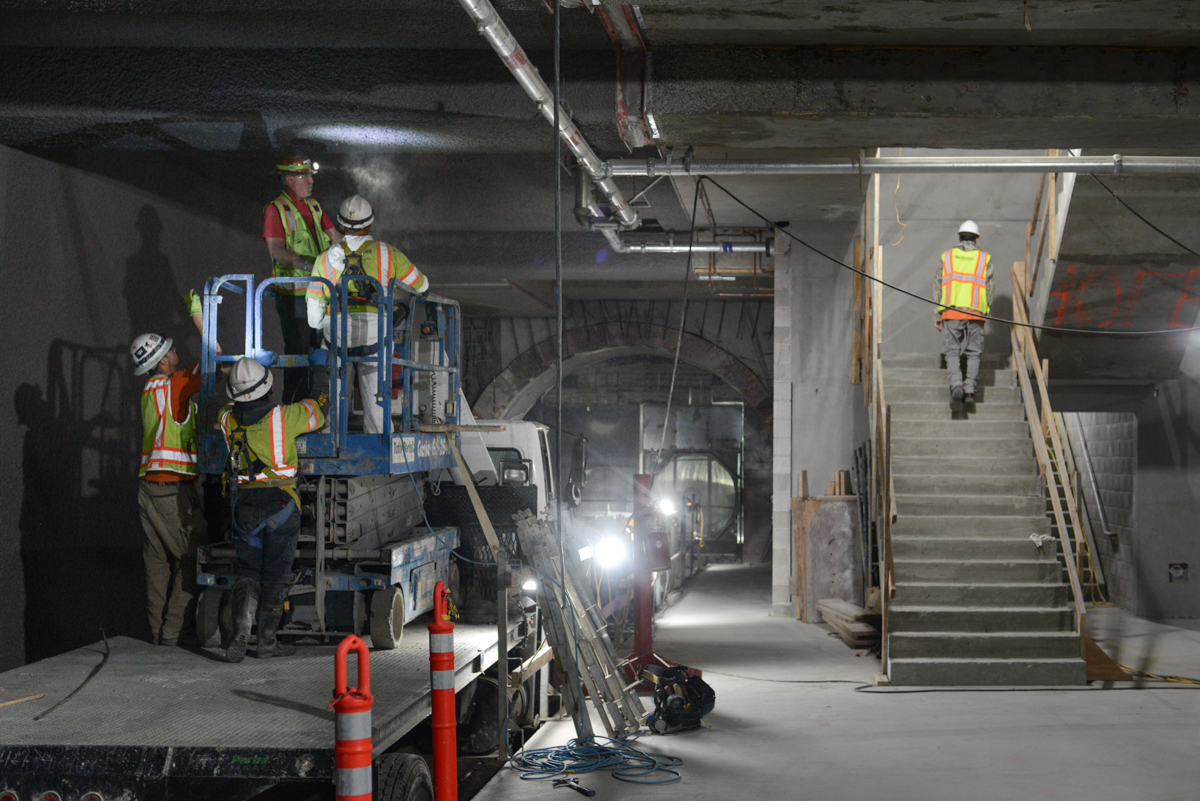 Utilities, walls, stairs, and other interior elements are being added to the Yerba Buena/Moscone Station box under 4th Street. Central Subway | Project Advancement 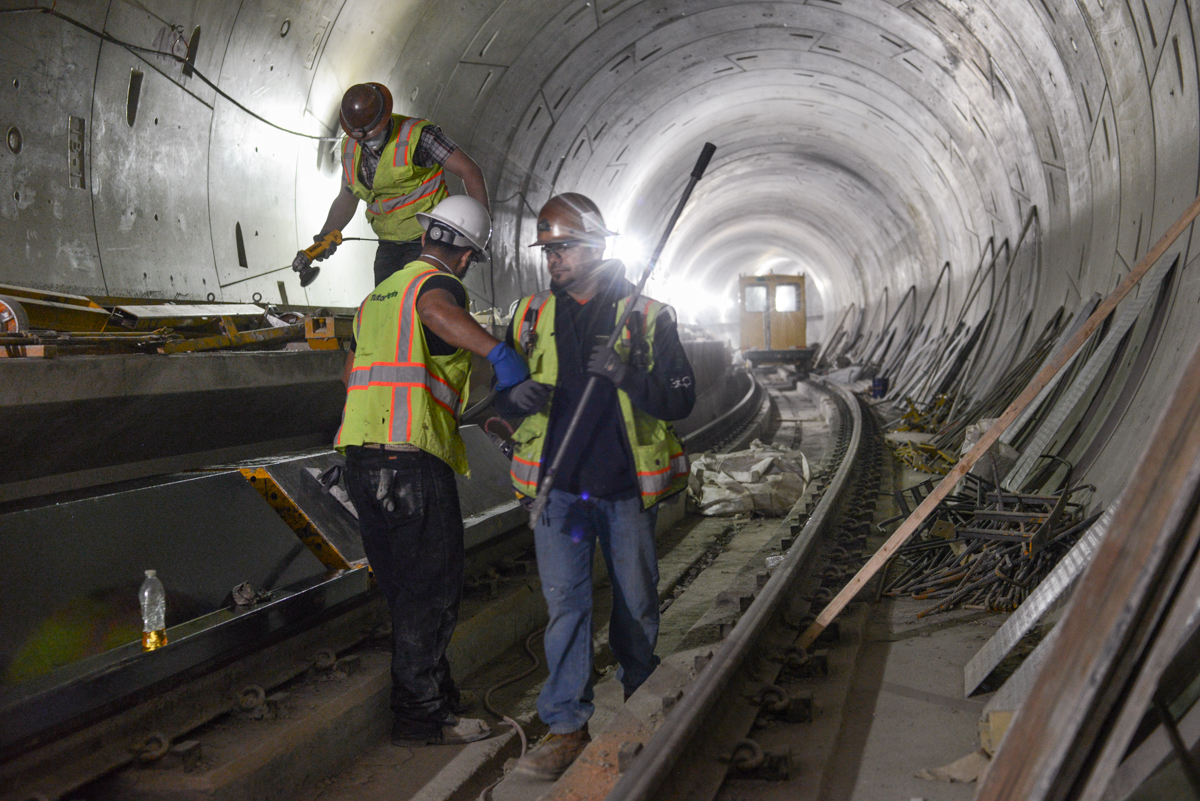 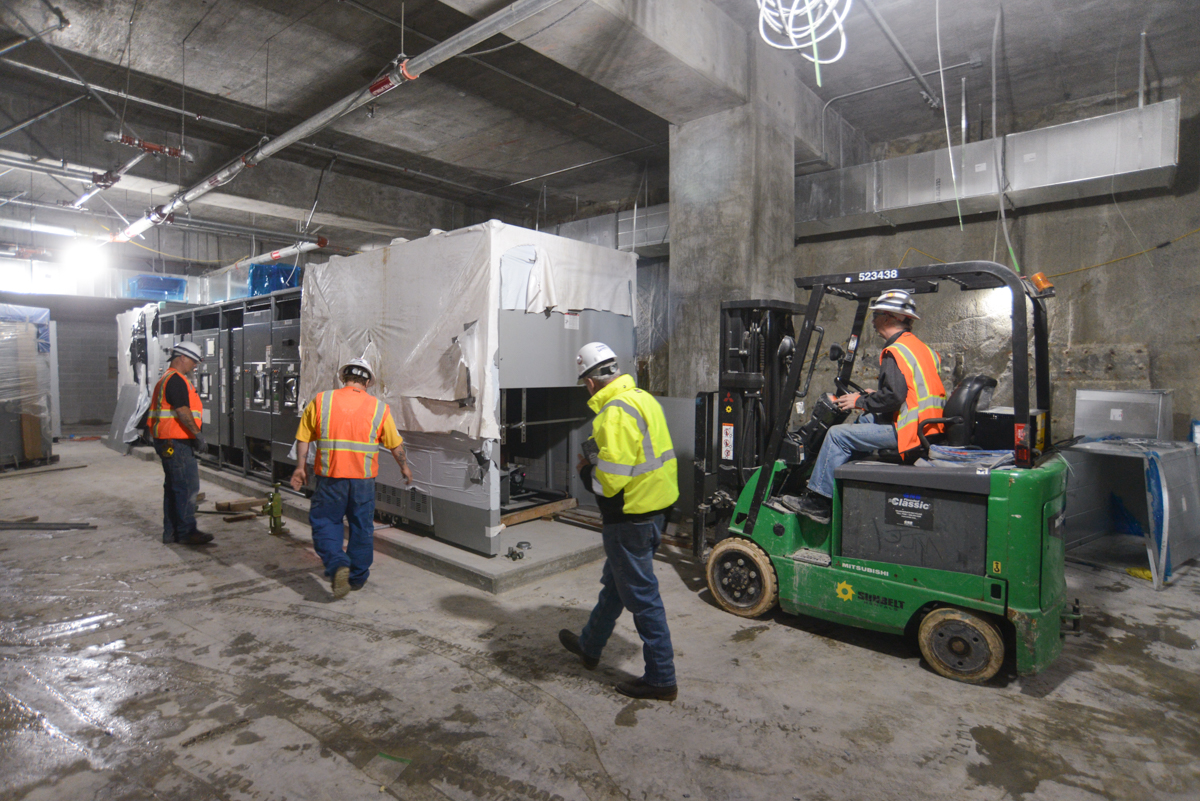 Electrical and signaling systems are being installed inside the lowest level of the Yerba Buena/Moscone Station headhouse. 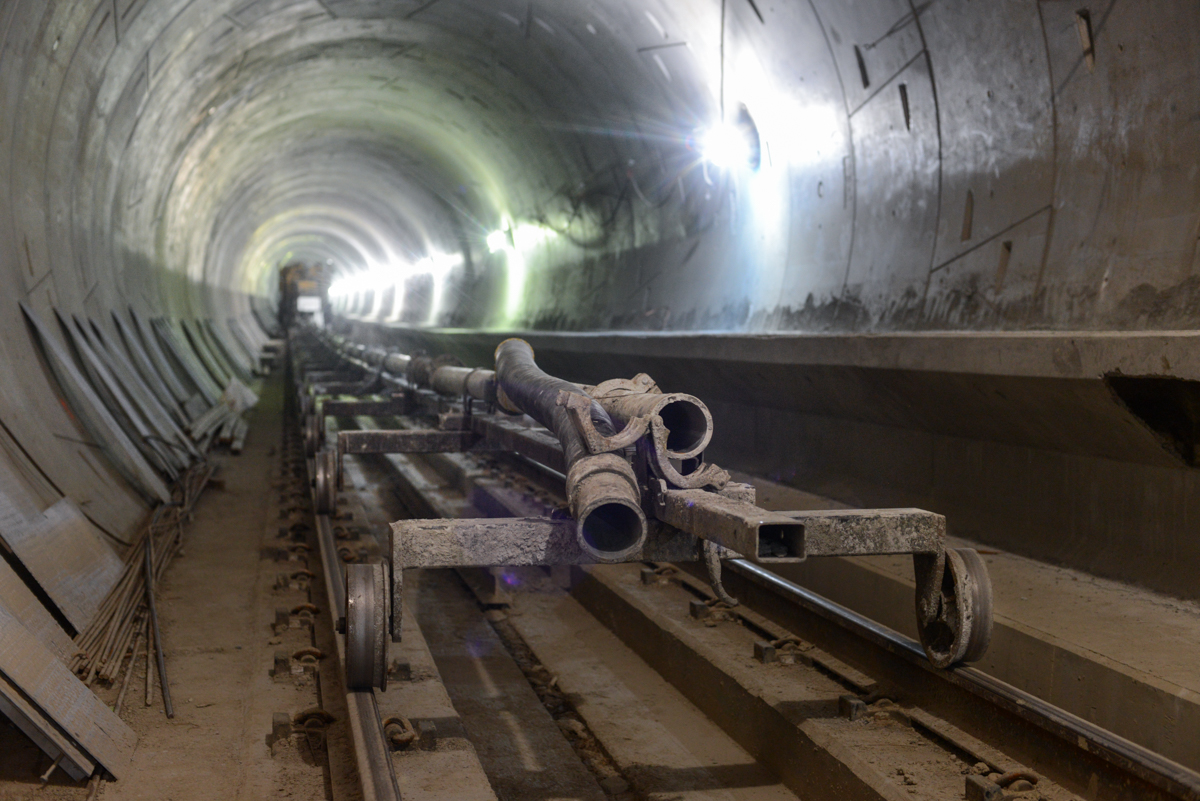 A long section of mobile hose is used to pump concrete to specific portions of the tunnel. Overview 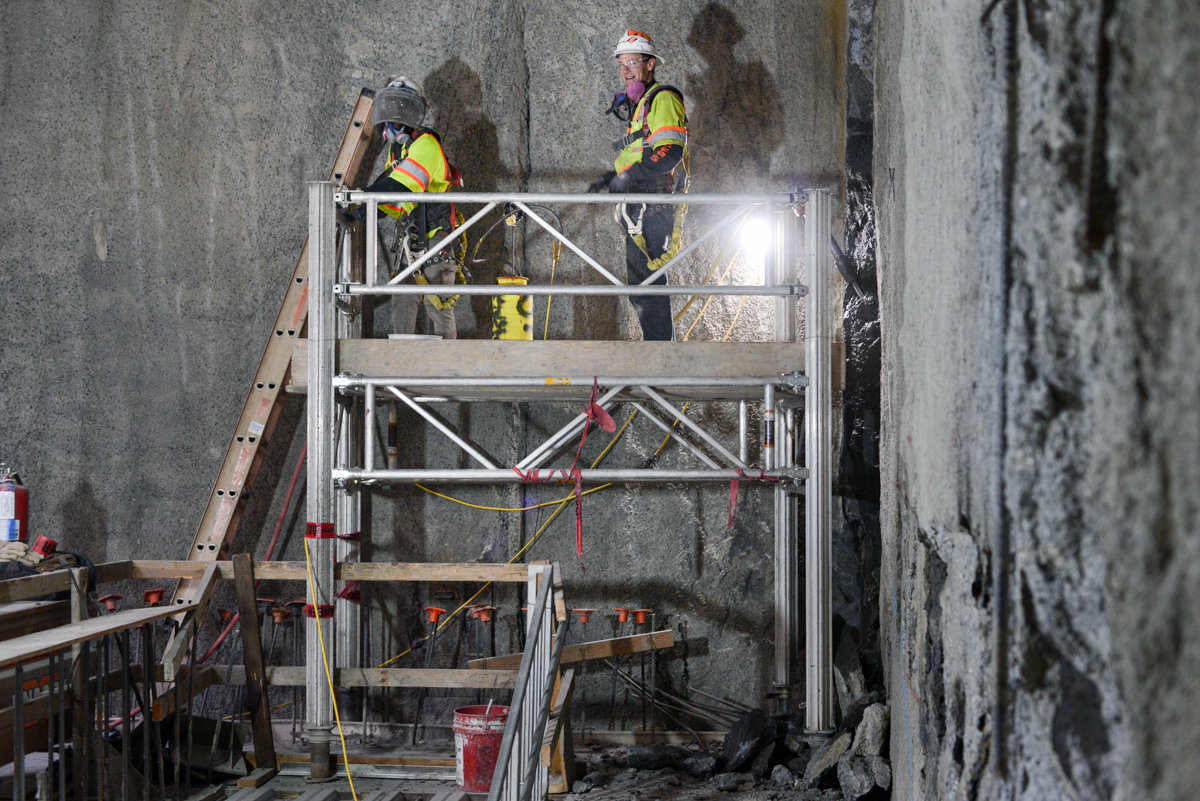 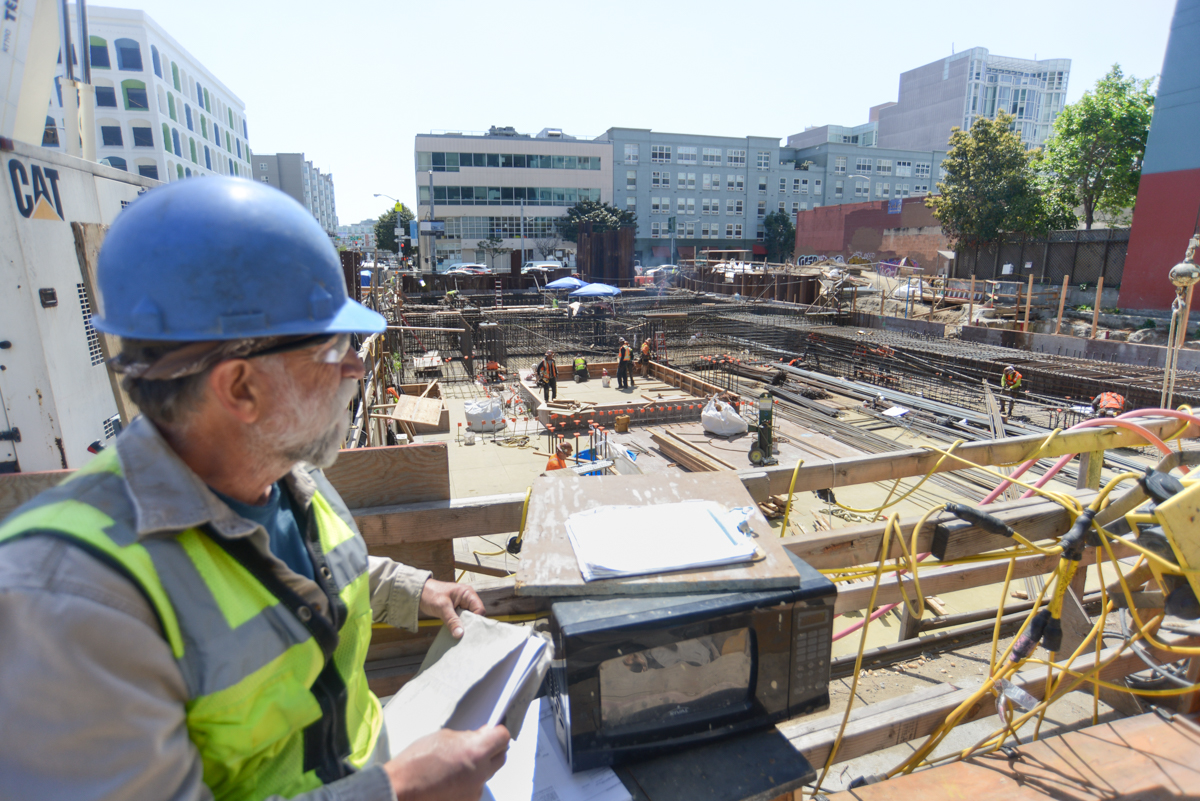 Workers atop formwork inside the station headhouse build massive rebar cages which will become part of the reinforced concrete roof slab. 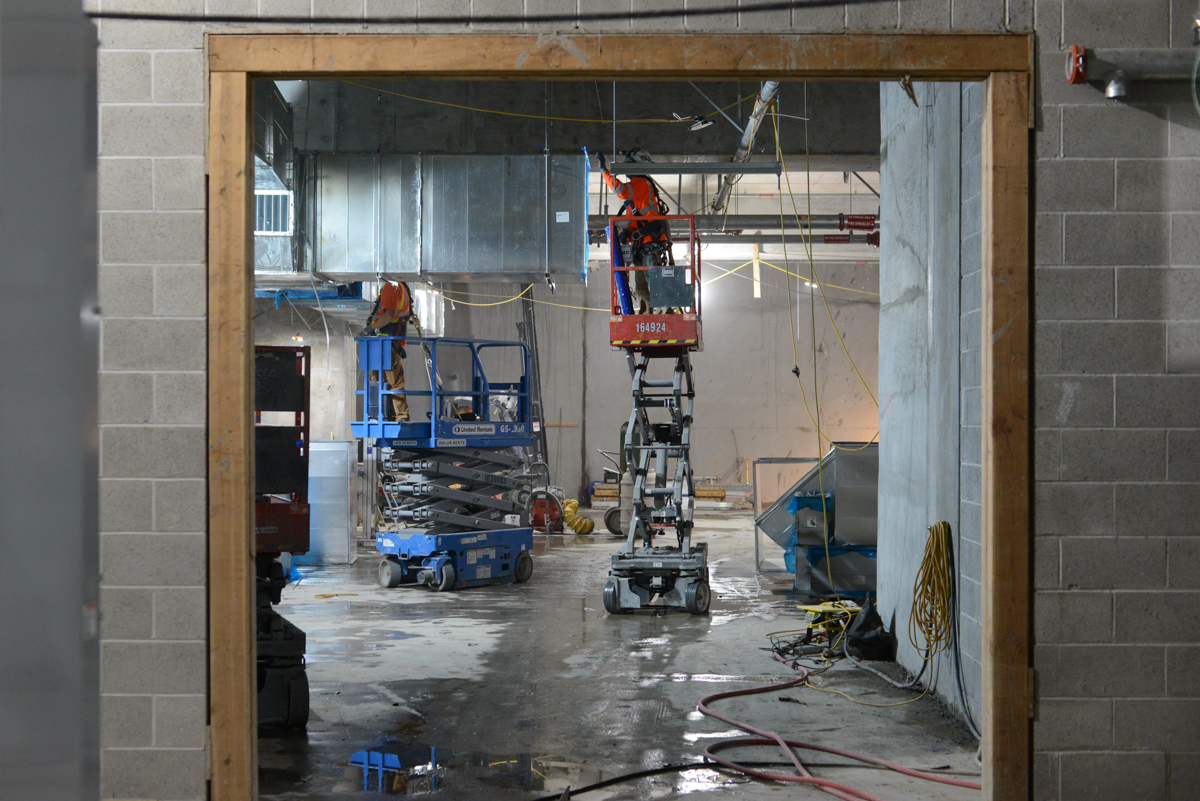 Ventilation ductwork is being installed on the lower level of the station headhouse, along with electrical and signaling equipment. Overview 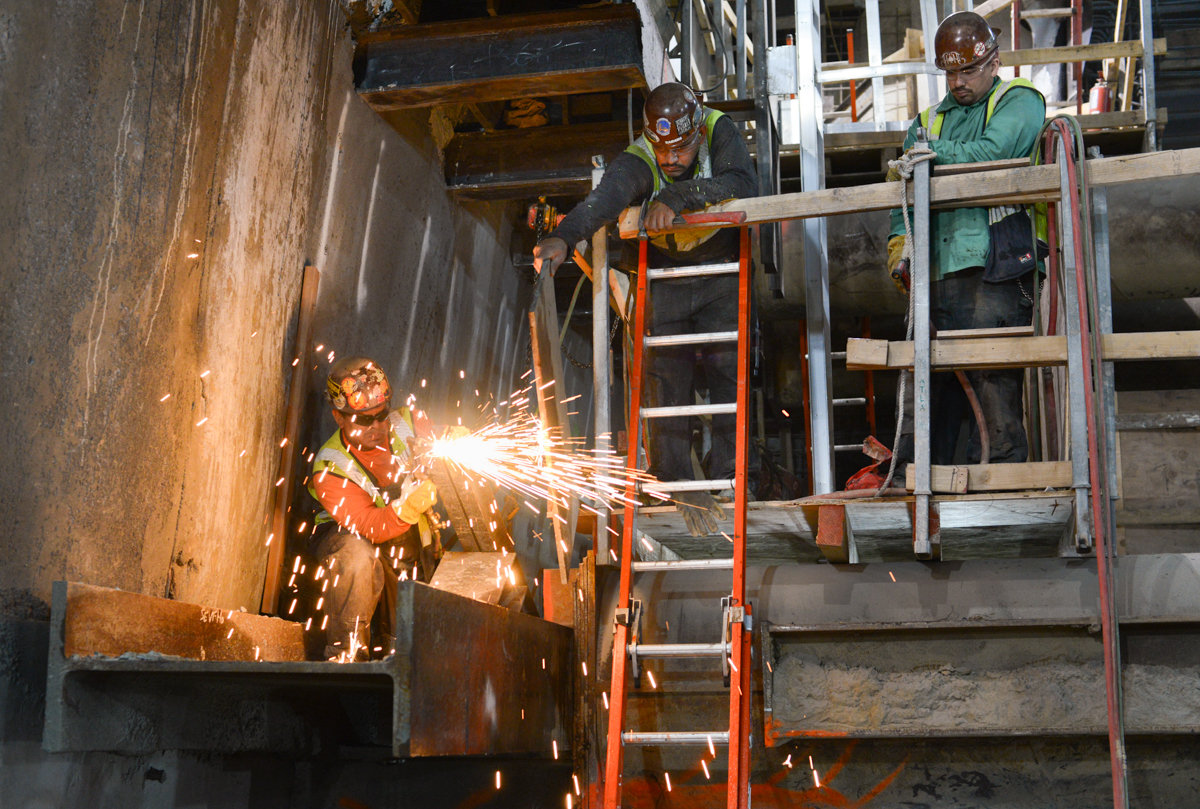 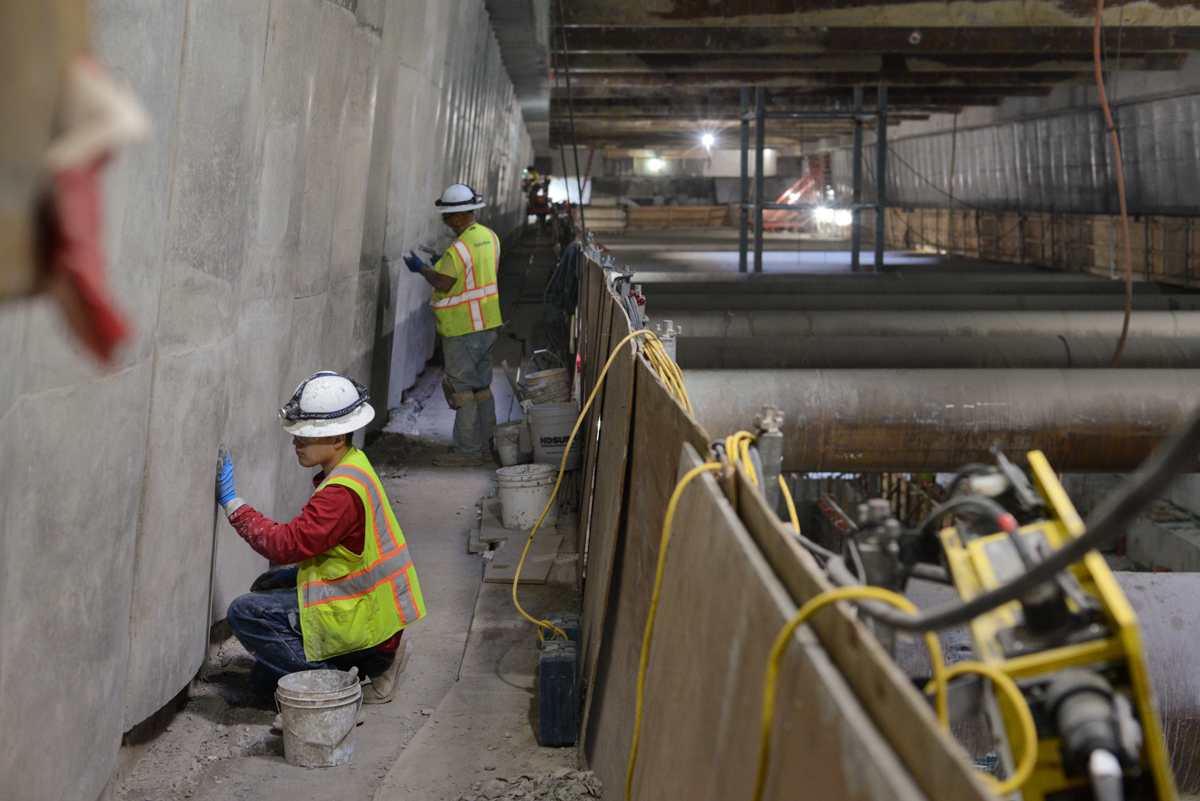 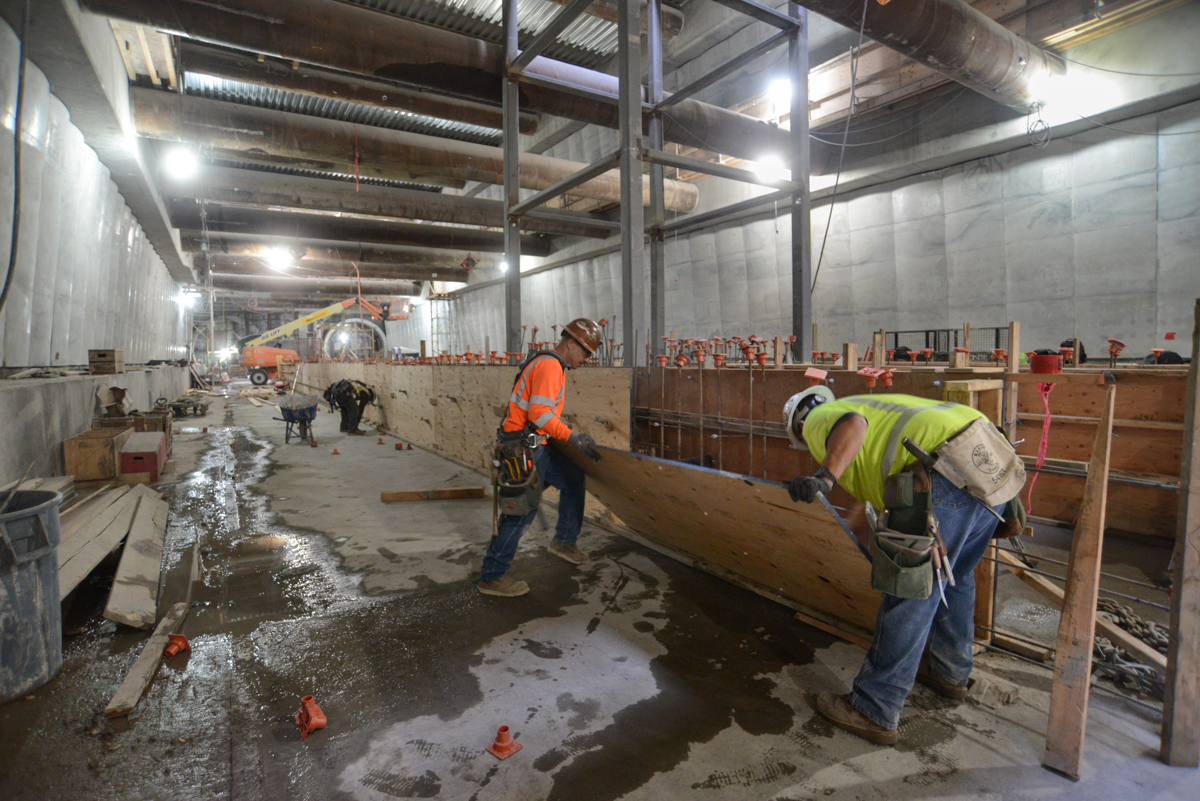 Concrete forms are going in to construct foundation walls of the station platform.  Rebar installation is also underway. Overview 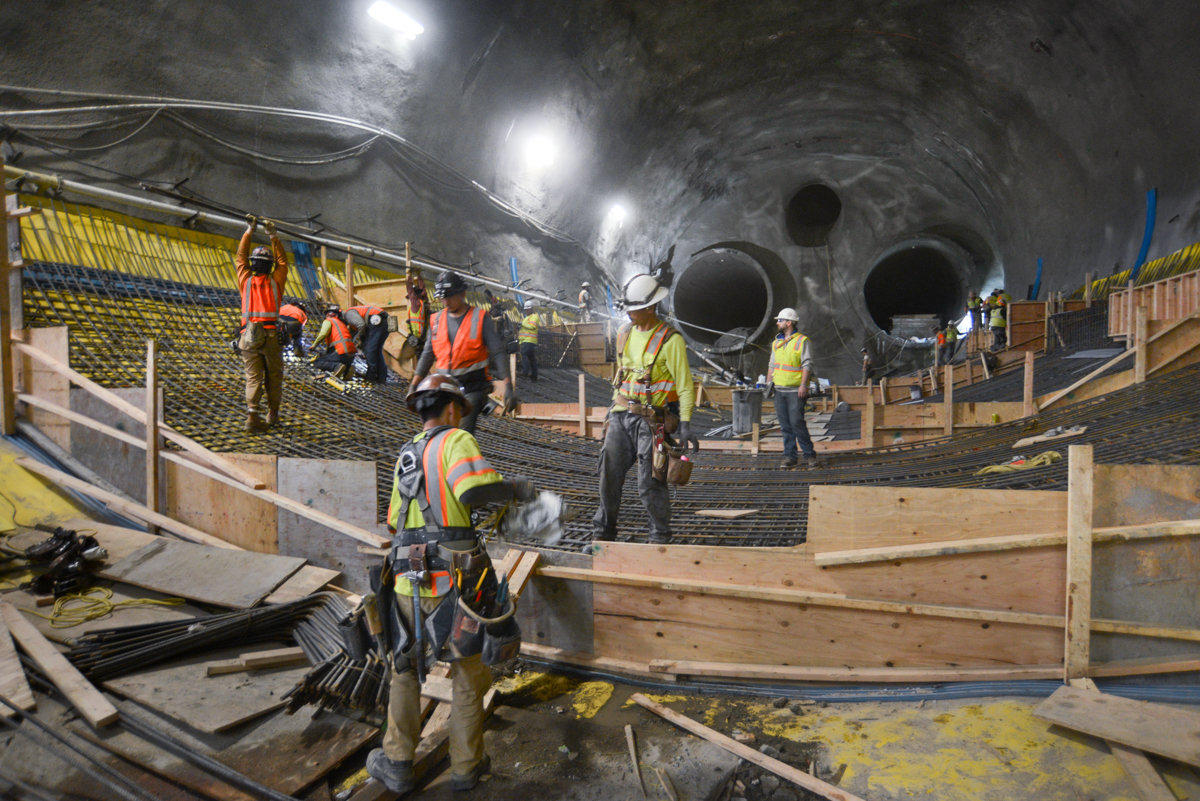 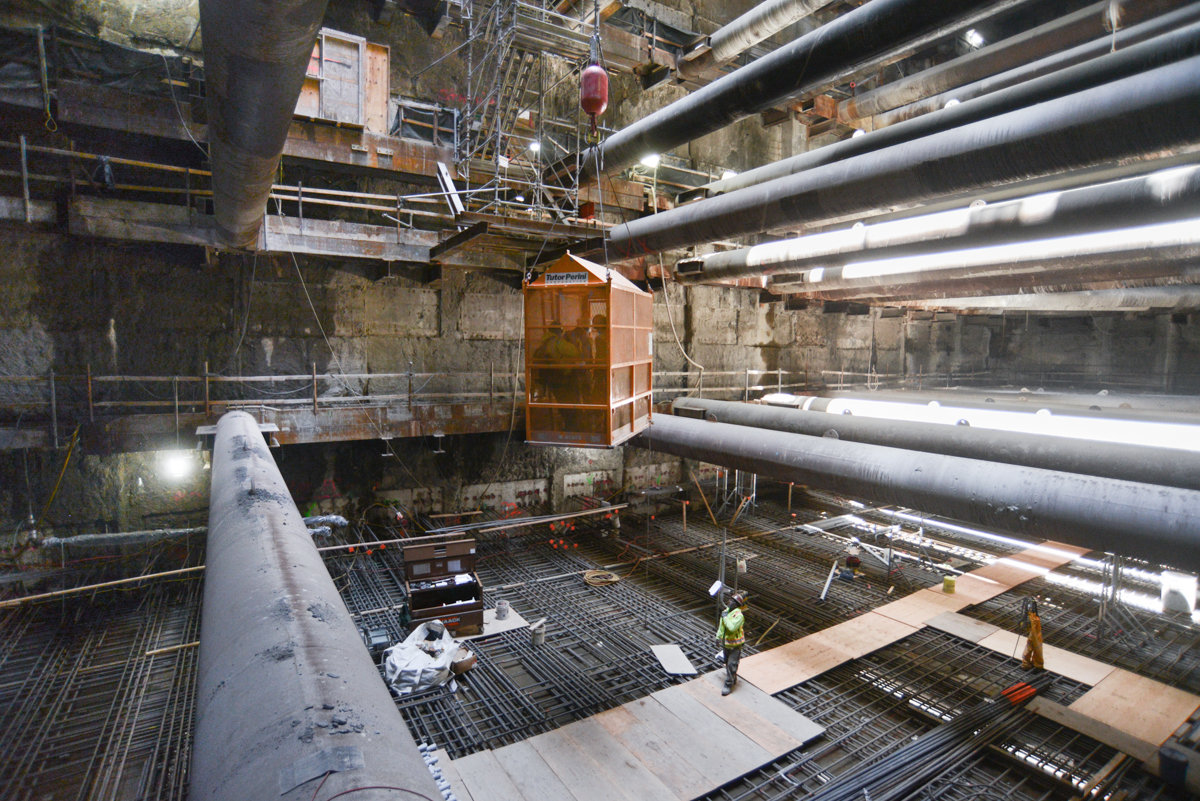 A full man cage is lowered into the bottom of the Chinatown Station headhouse following a lunch break. 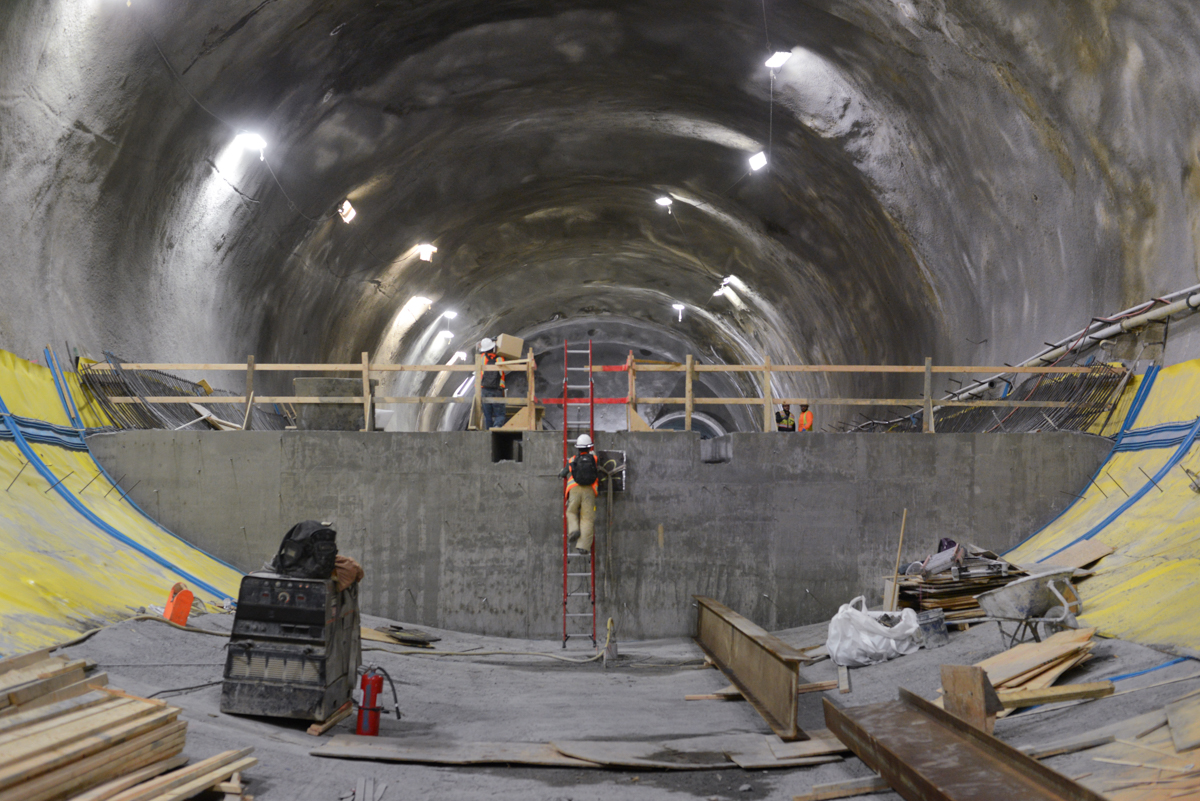 The gigantic invert slab of the Chinatown Station crossover cavern can be seen just south of the station platform cavern. Overview