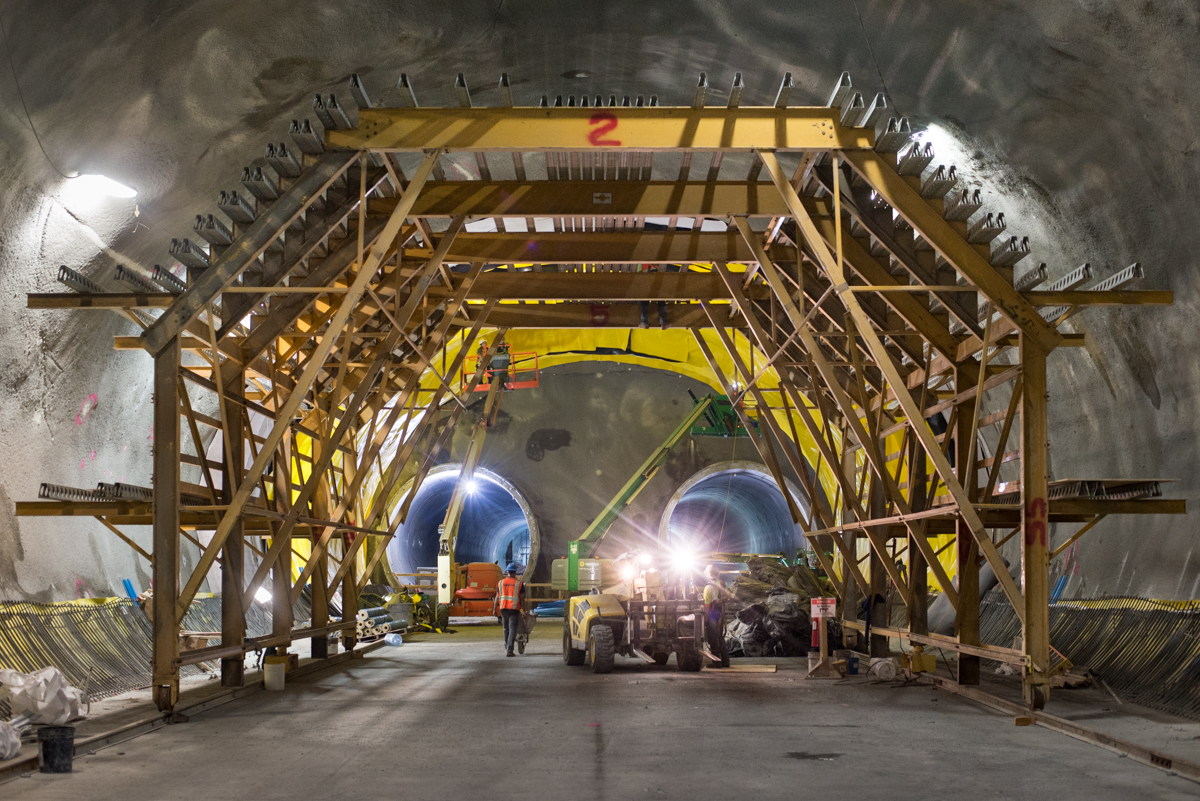 A large, rolling scaffolding structure is being assembled at the south end of the Chinatown track crossover cavern. Central Subway | Project Advancement 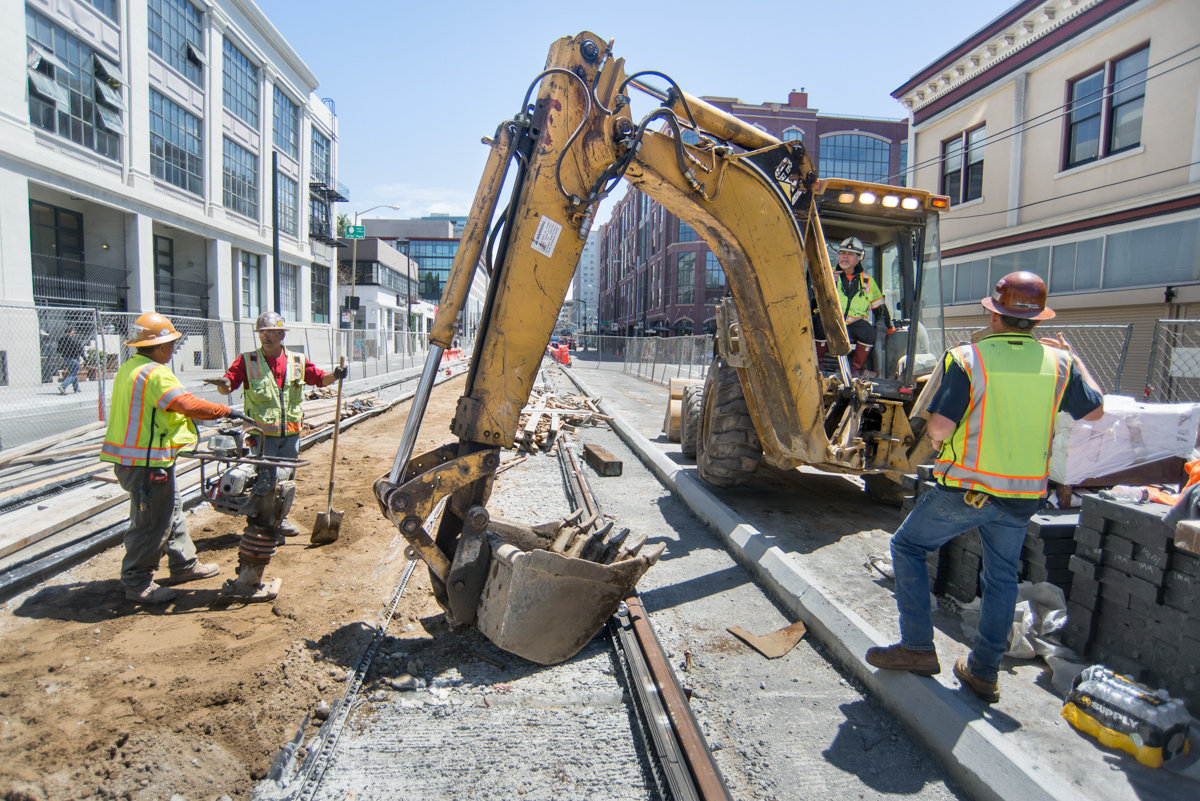 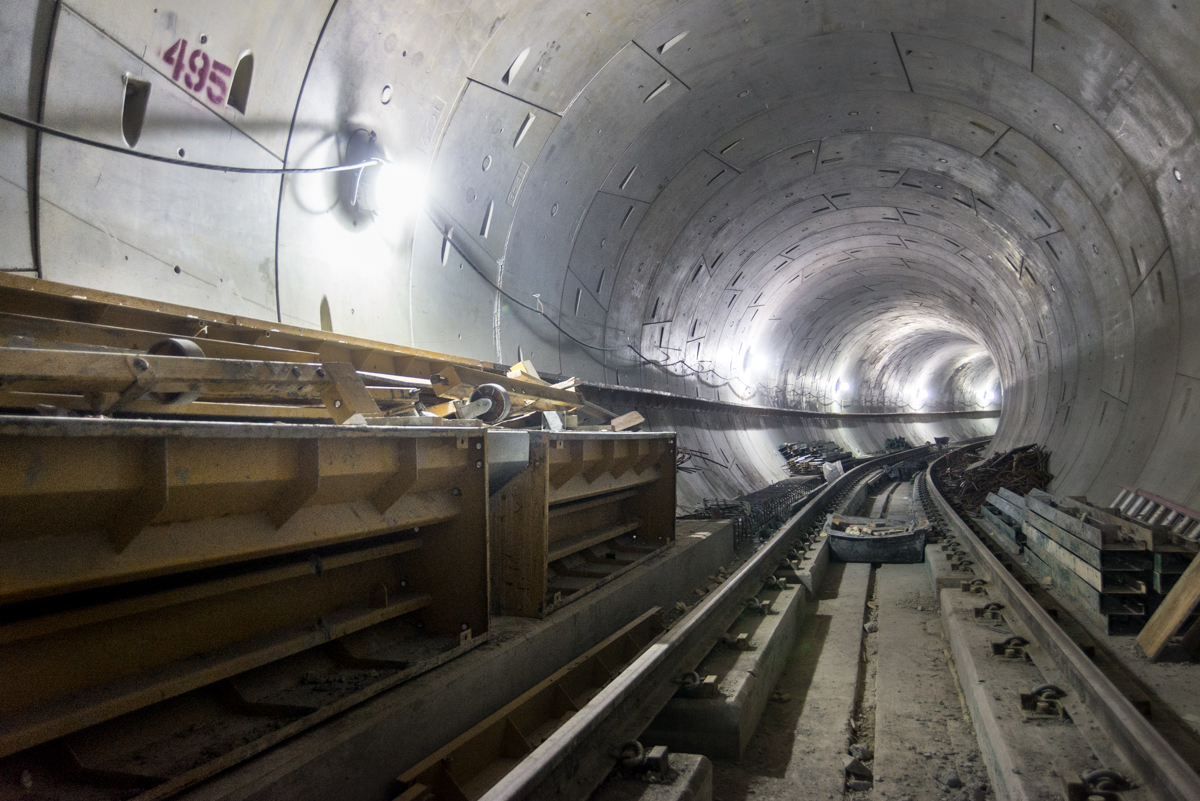 Looking up the northbound tunnel, crews have constructed tunnel walkways up to the S-curve under the Market Street subway. 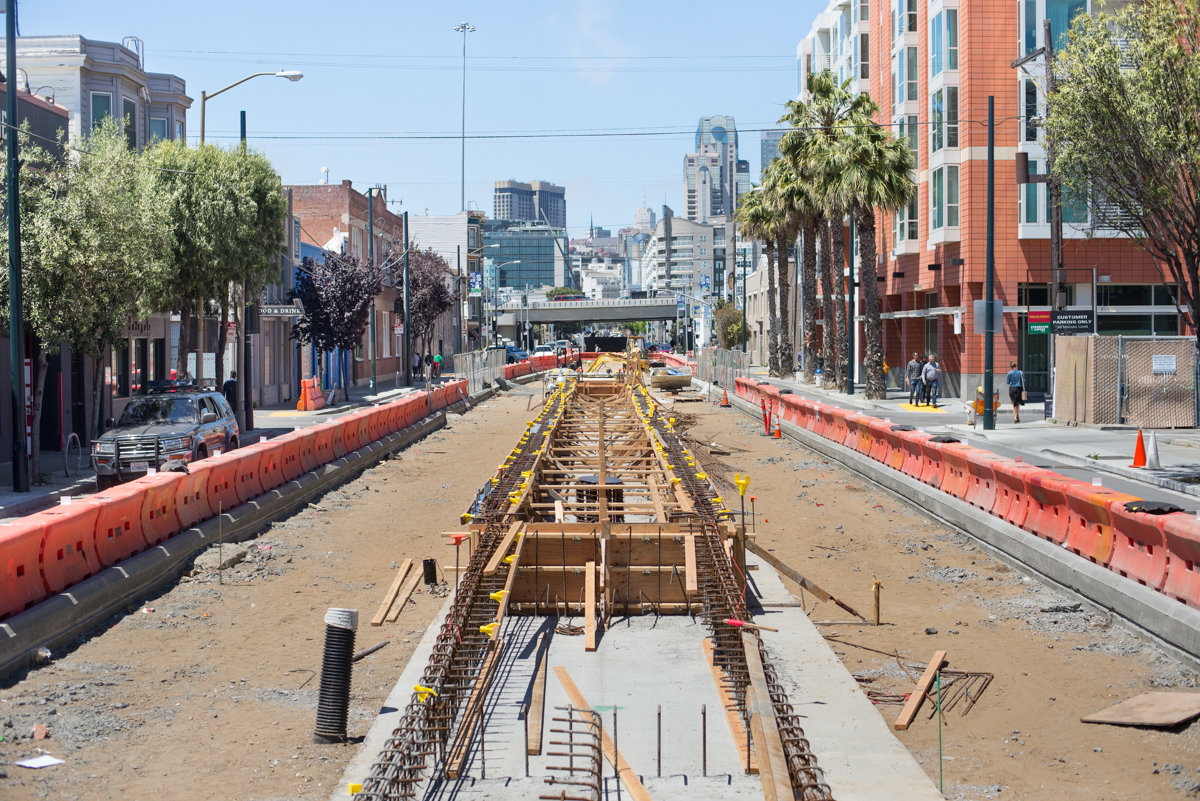 Workers have installed additional concrete forms at the 4th and Brannan Station site to prepare for platform construction. Overview 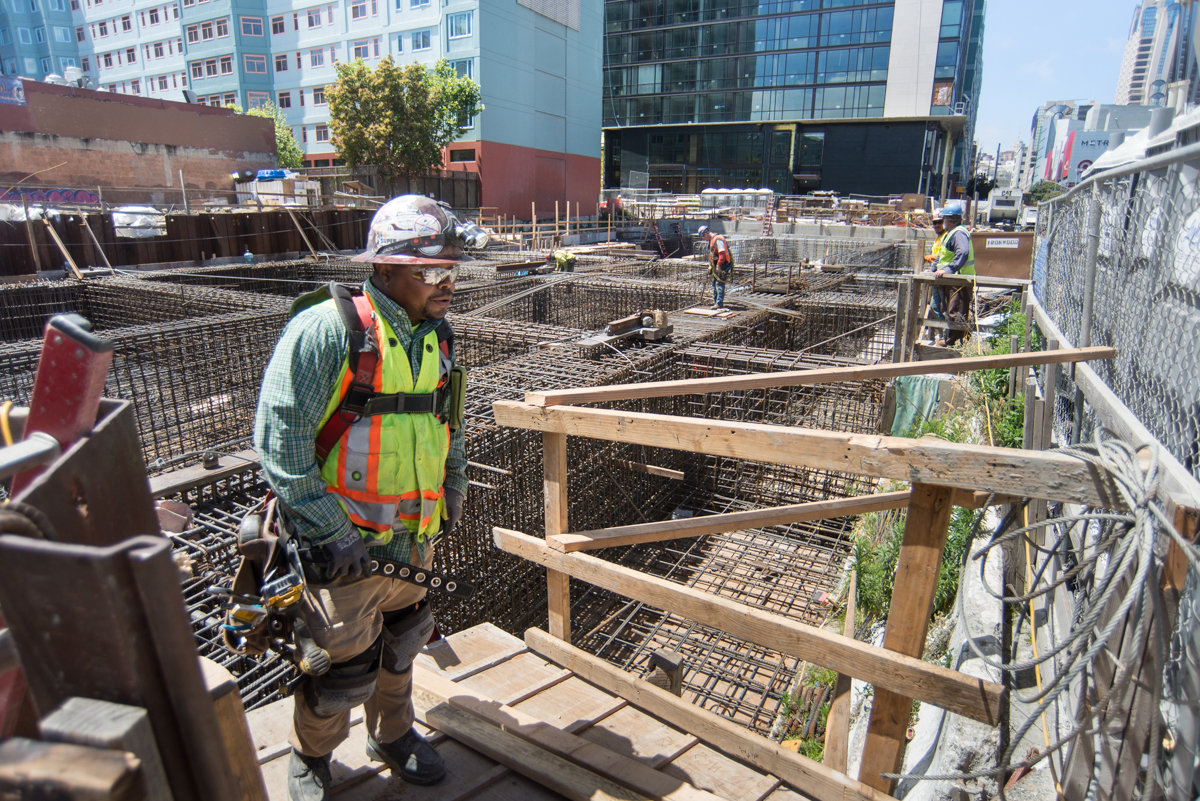 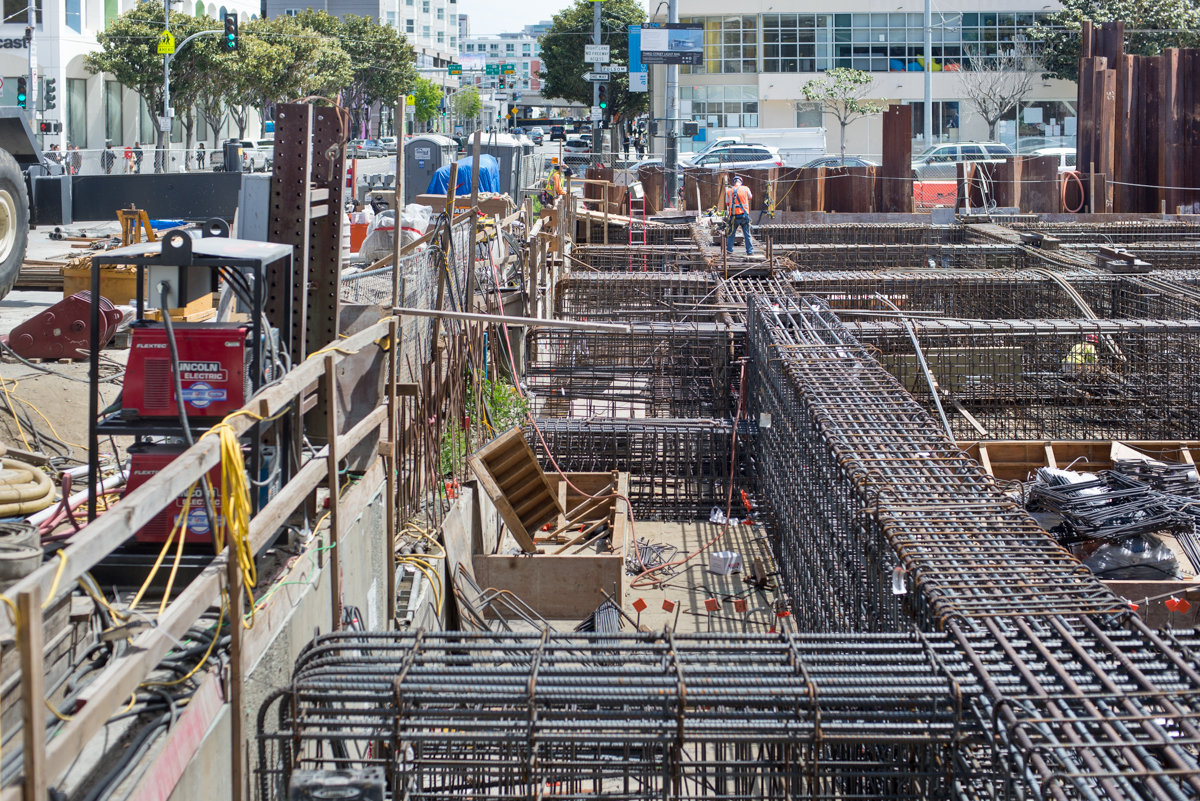 Multiple rows of rebar cages which will reinforce future roof slab beams can be seen from Clementina looking southeast. 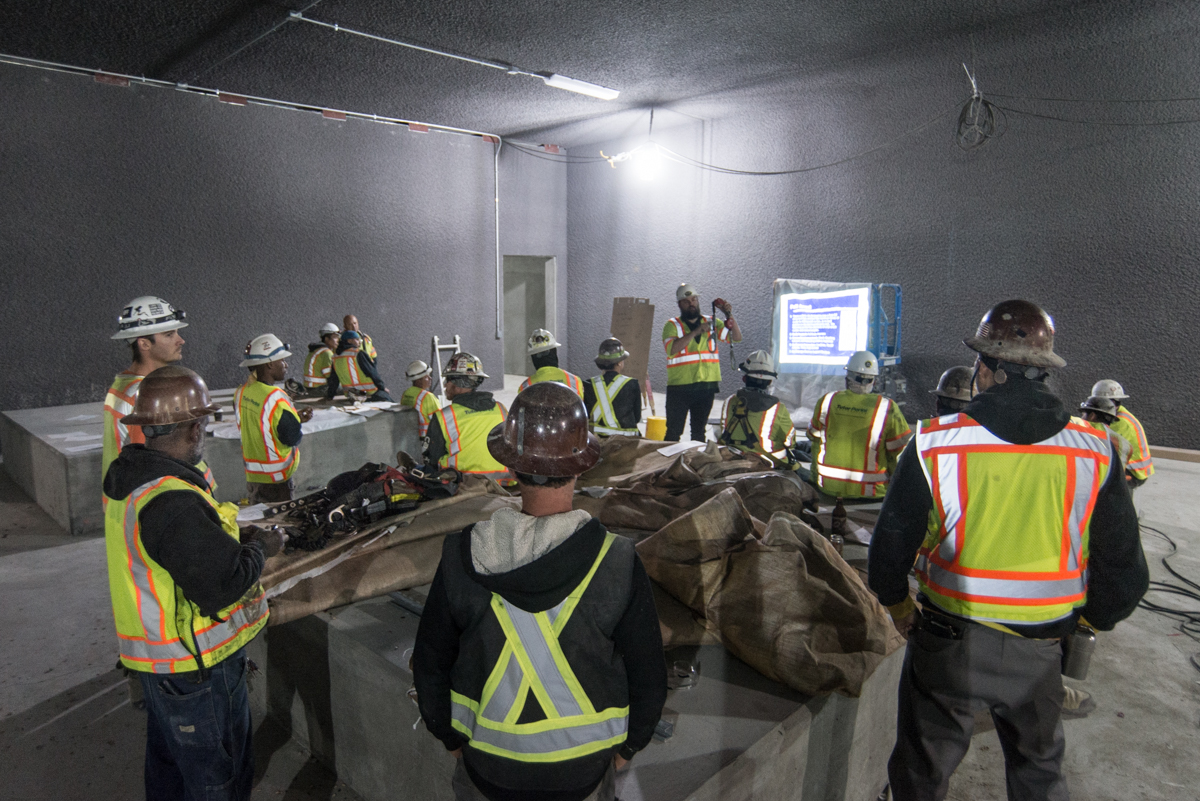 An instructor discusses fall safety and body harness protection inside the upper level of the Yerba Buena/Moscone station box. Overview 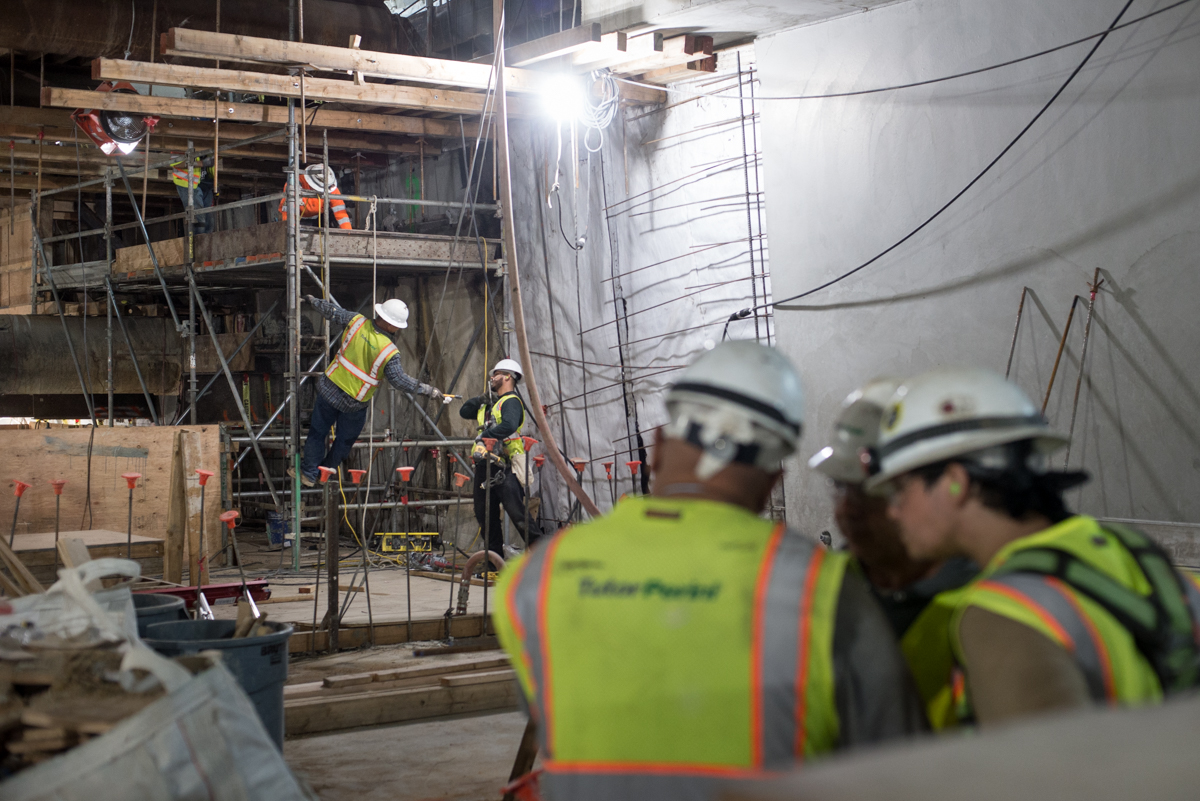 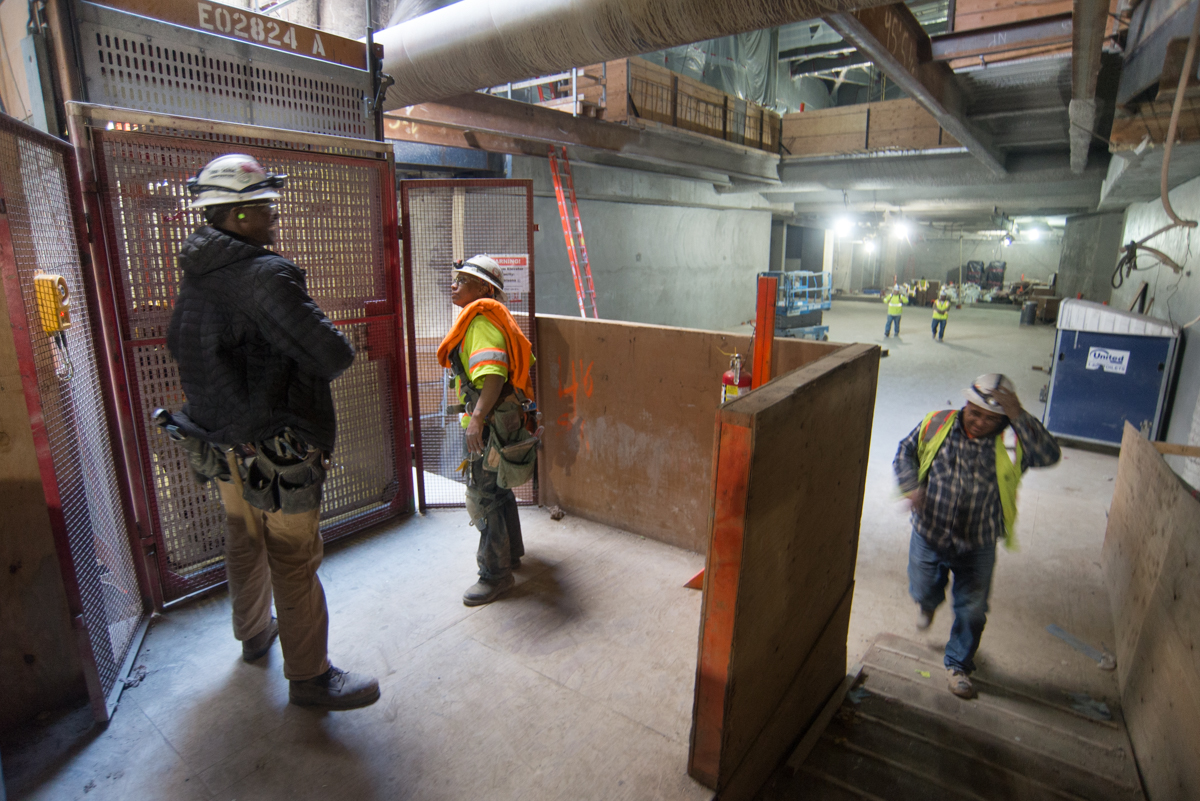 Workers line up at the staff elevator following the end of a shift inside the fan level of the north concourse under Geary and Stockton. 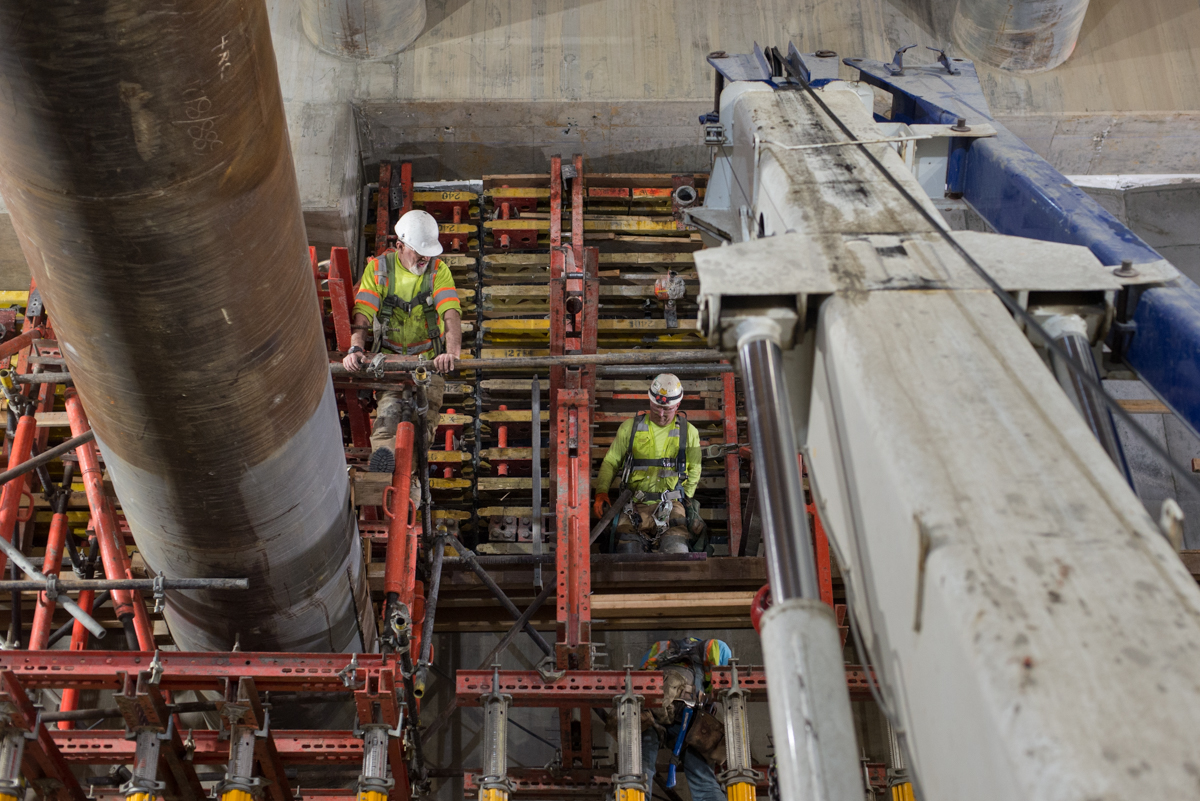 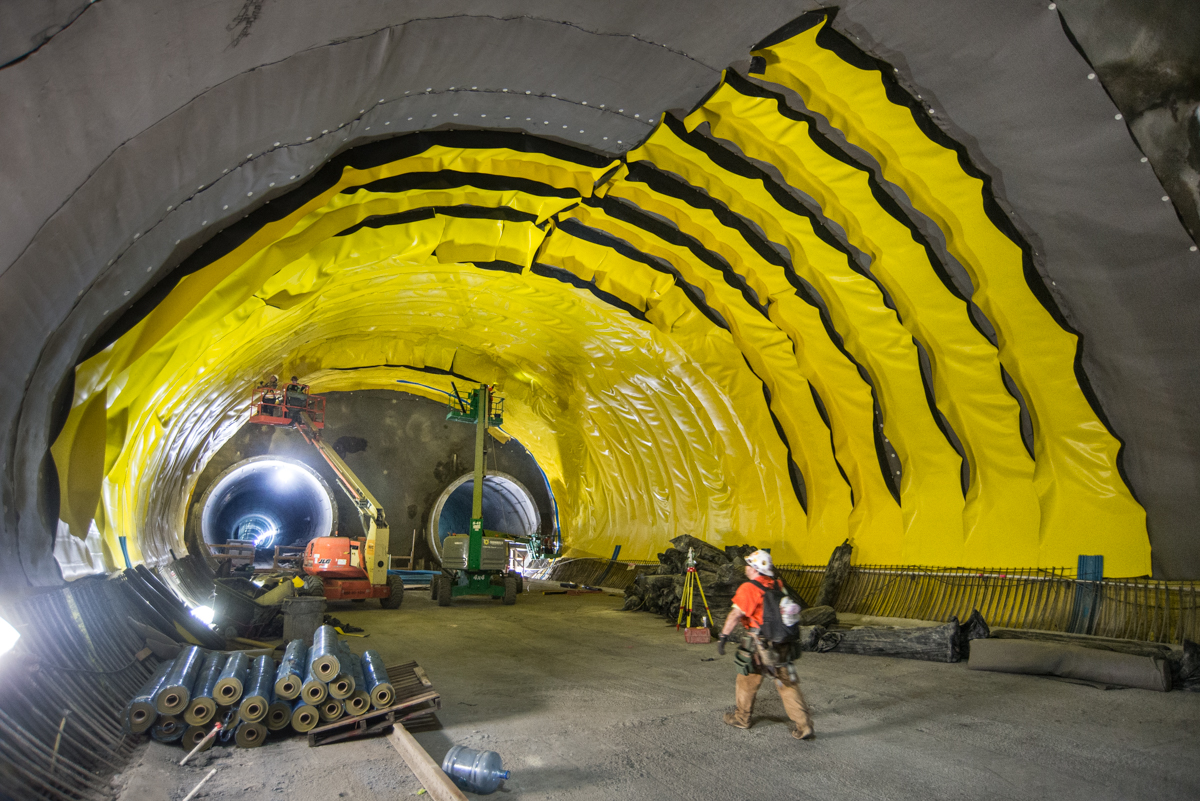 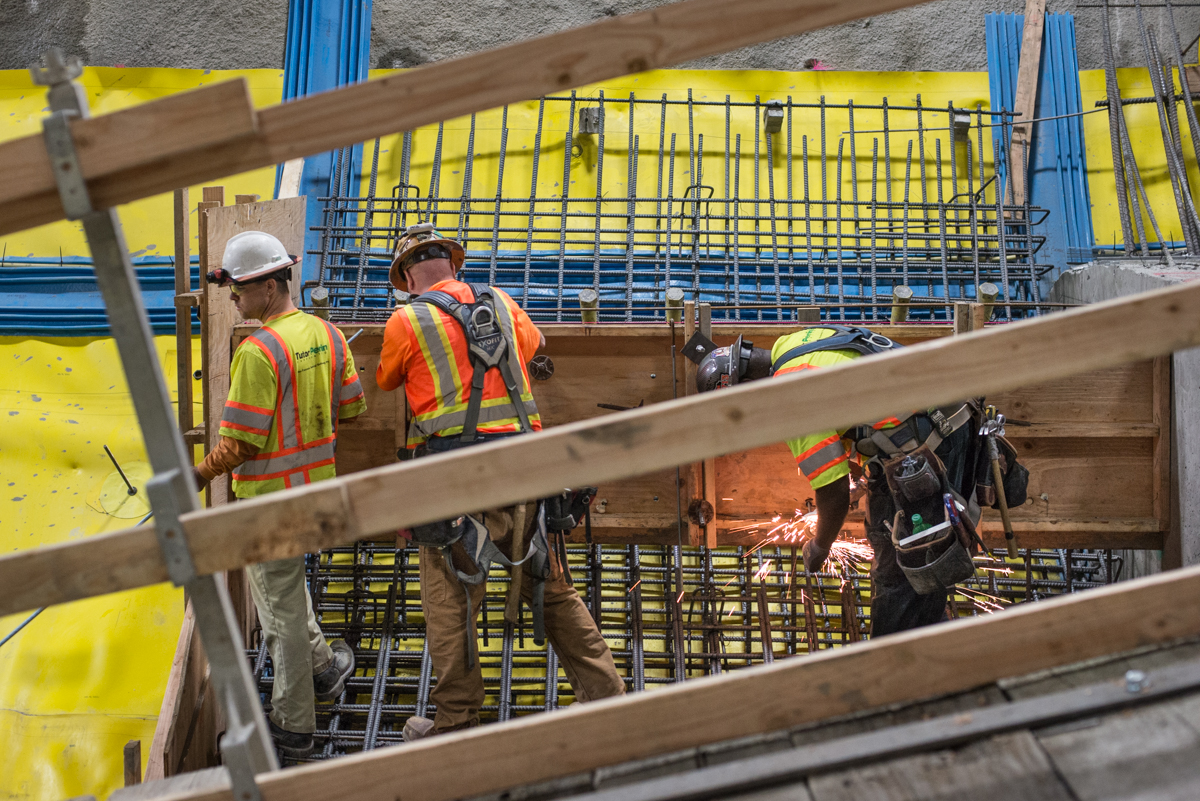 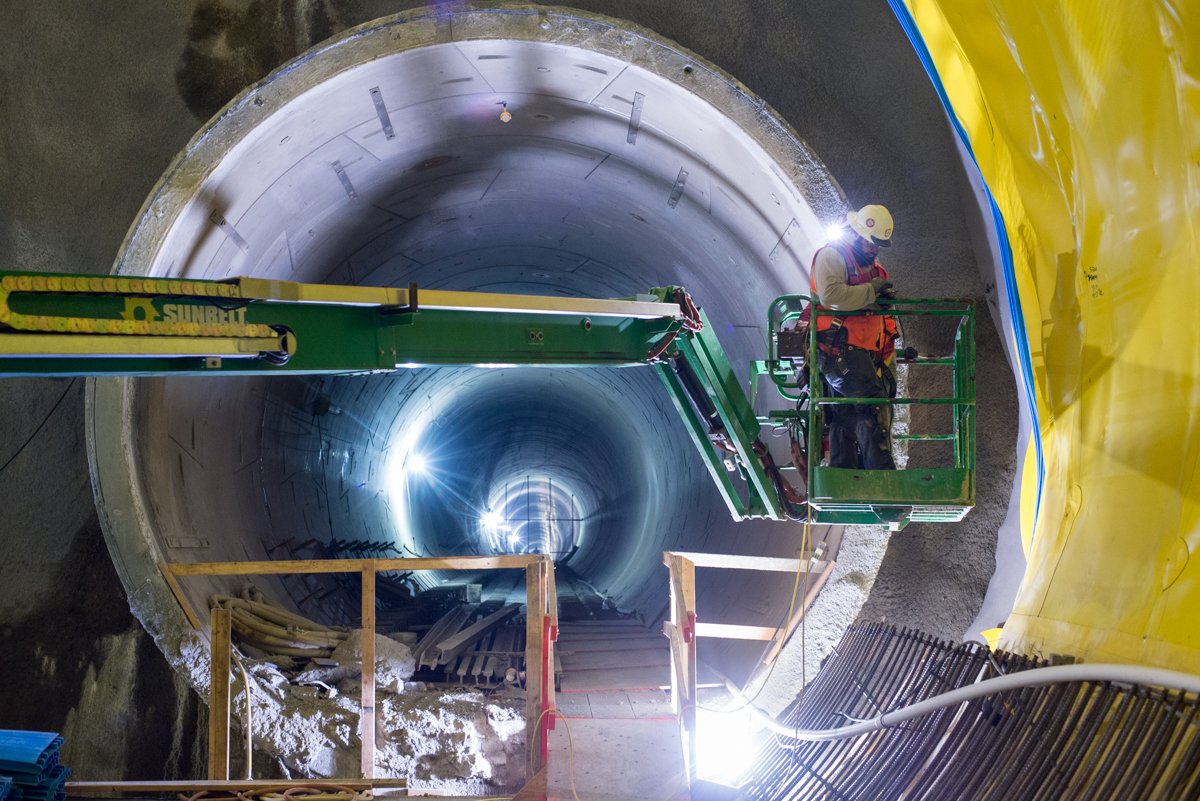 Two men on a inspect sheets of waterproofing near the southbound tunnel entrance of the Chinatown track crossover cavern. Overview