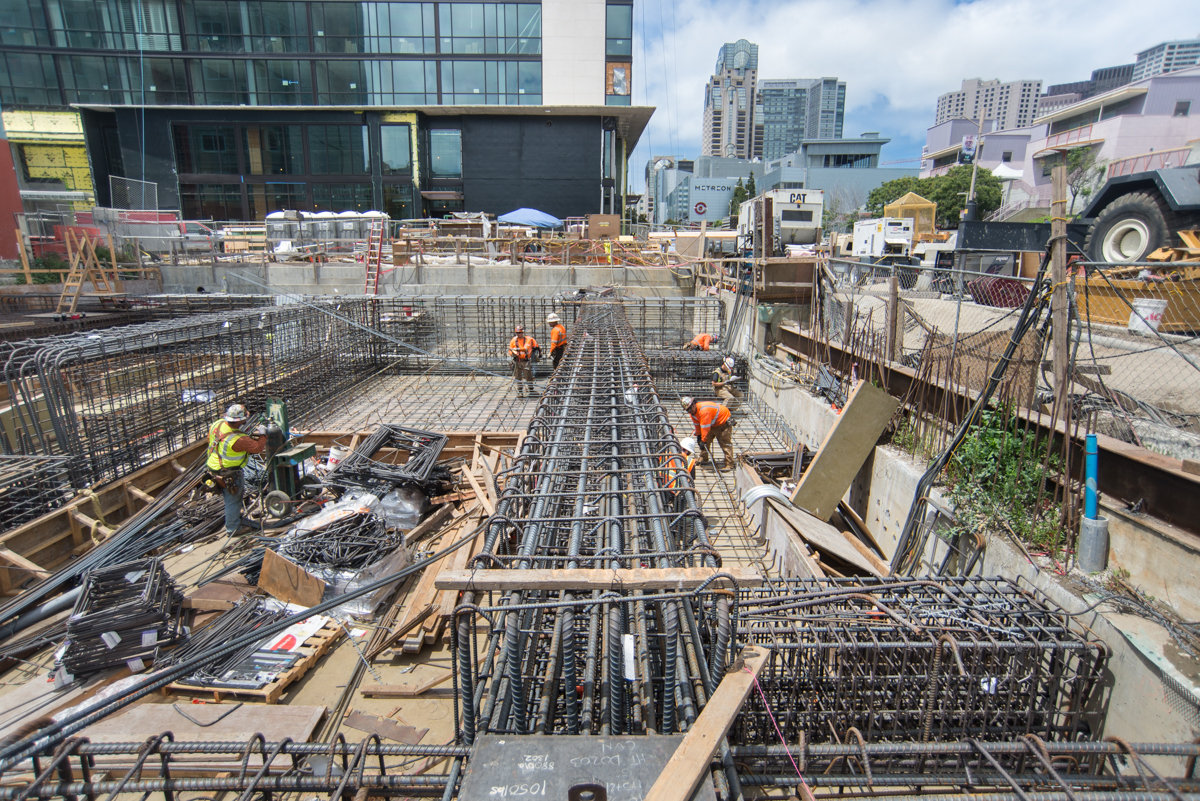 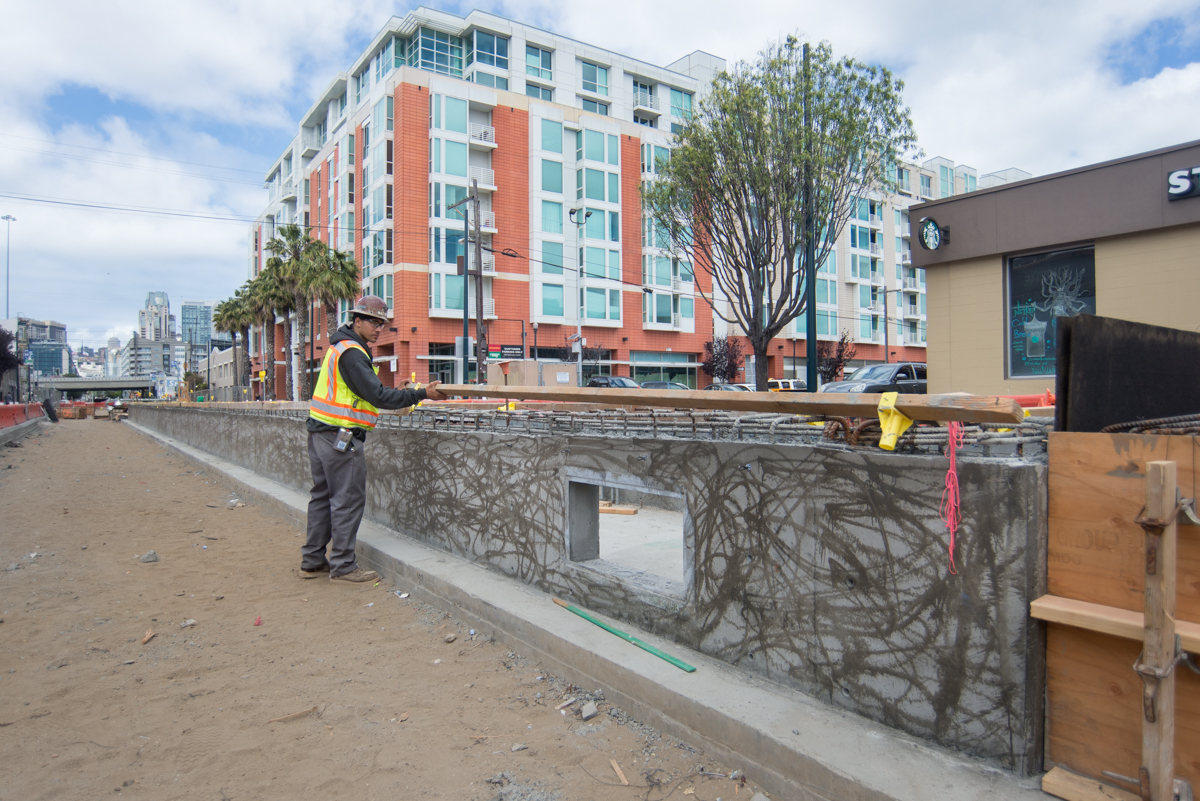 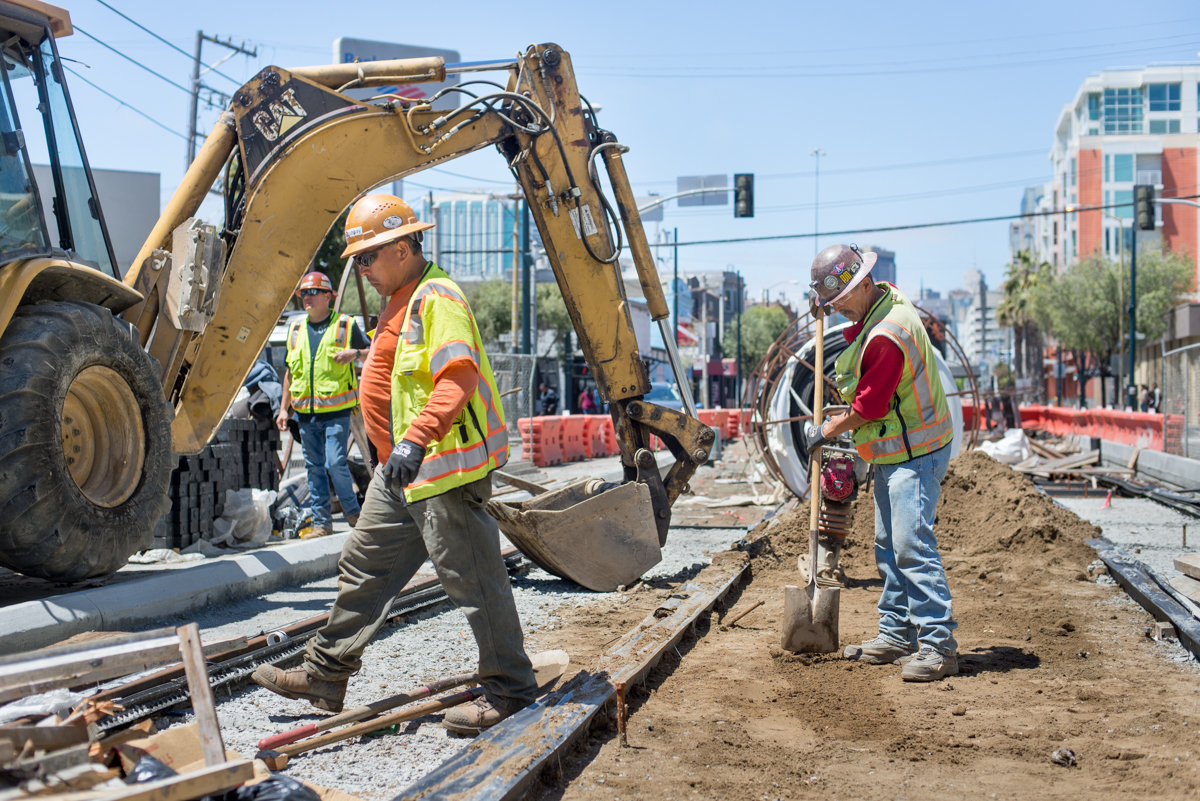 The center of 4th Street between the two trackways is being backfilled with soil to prepare for additional concrete work. 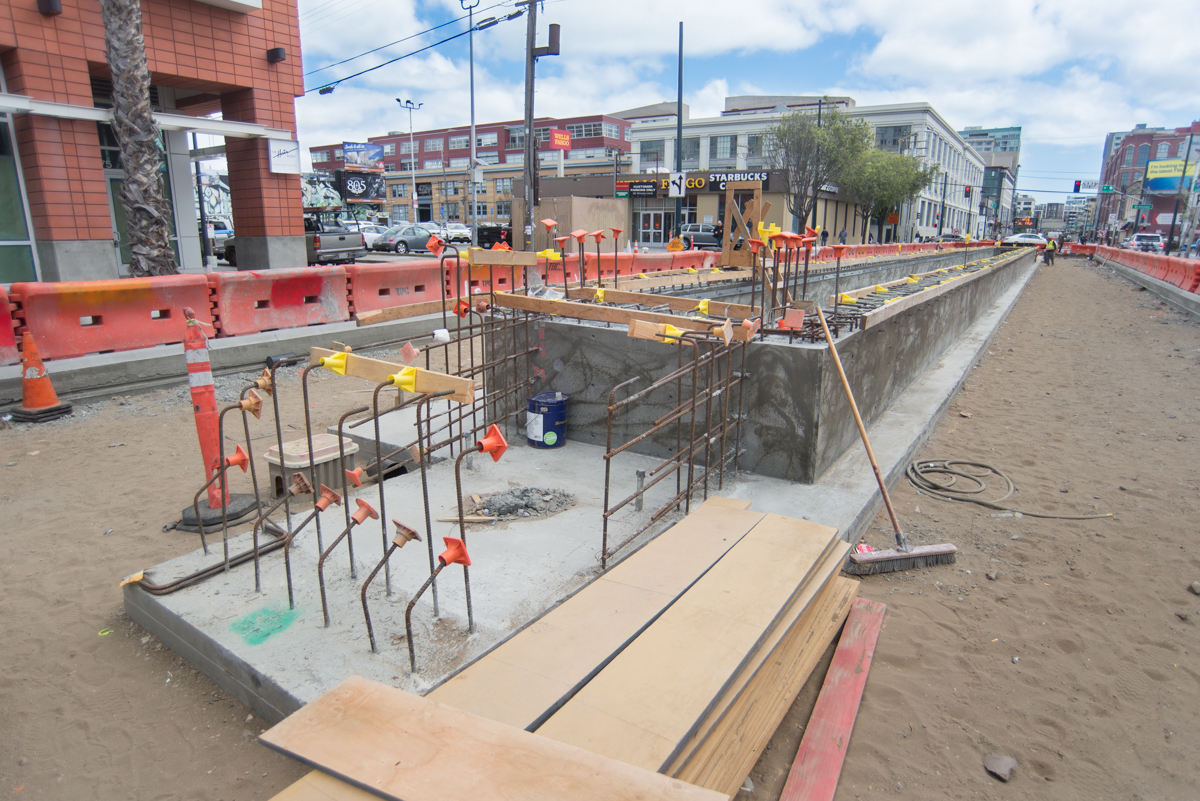 Foundation walls for the future platform have recently been poured at the 4th and Brannan surface station site. Overview 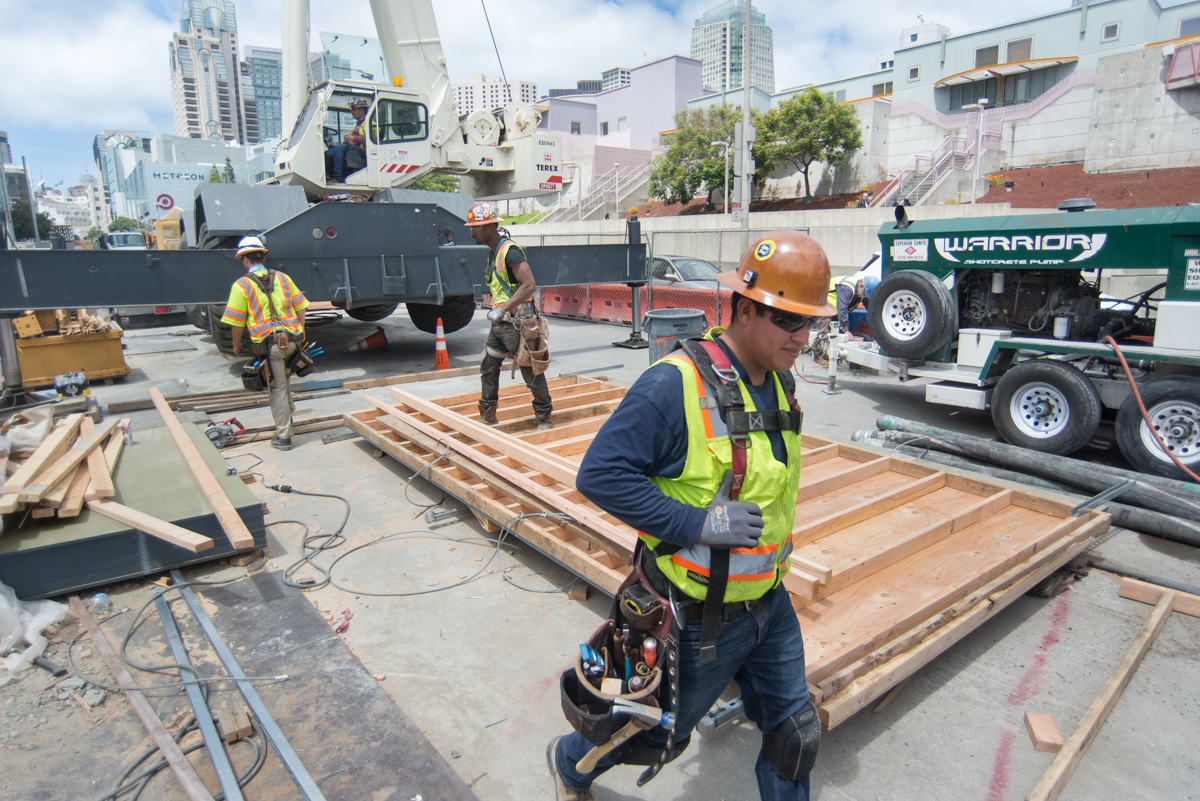 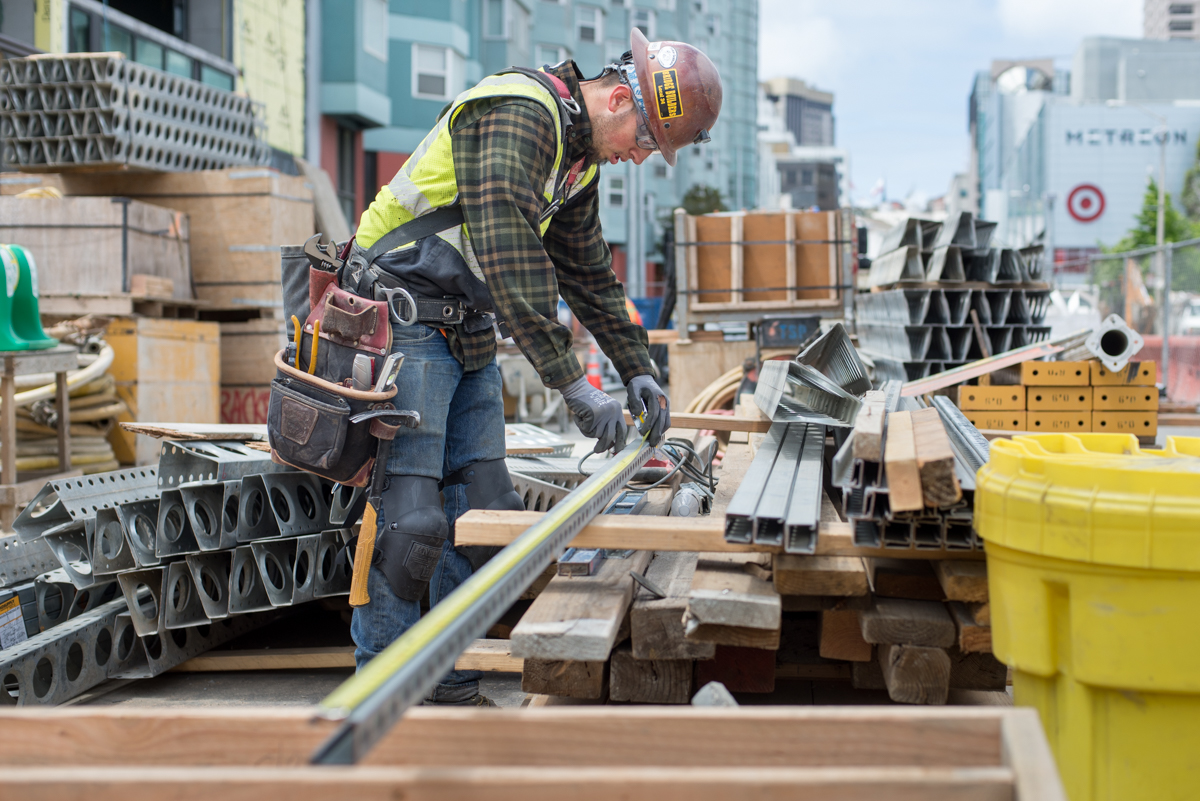 A worker marks out sections of steel brackets used as part of interior utility work for the Yerba Buena/Moscone Station. 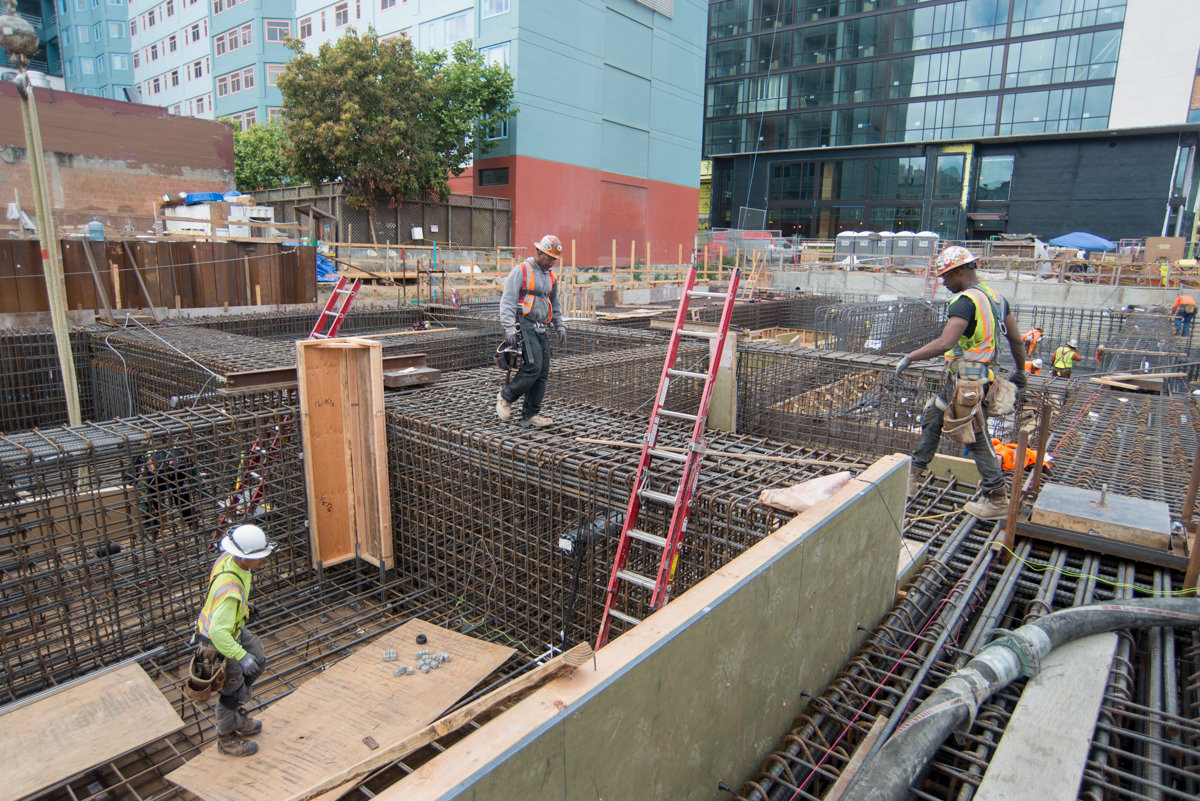 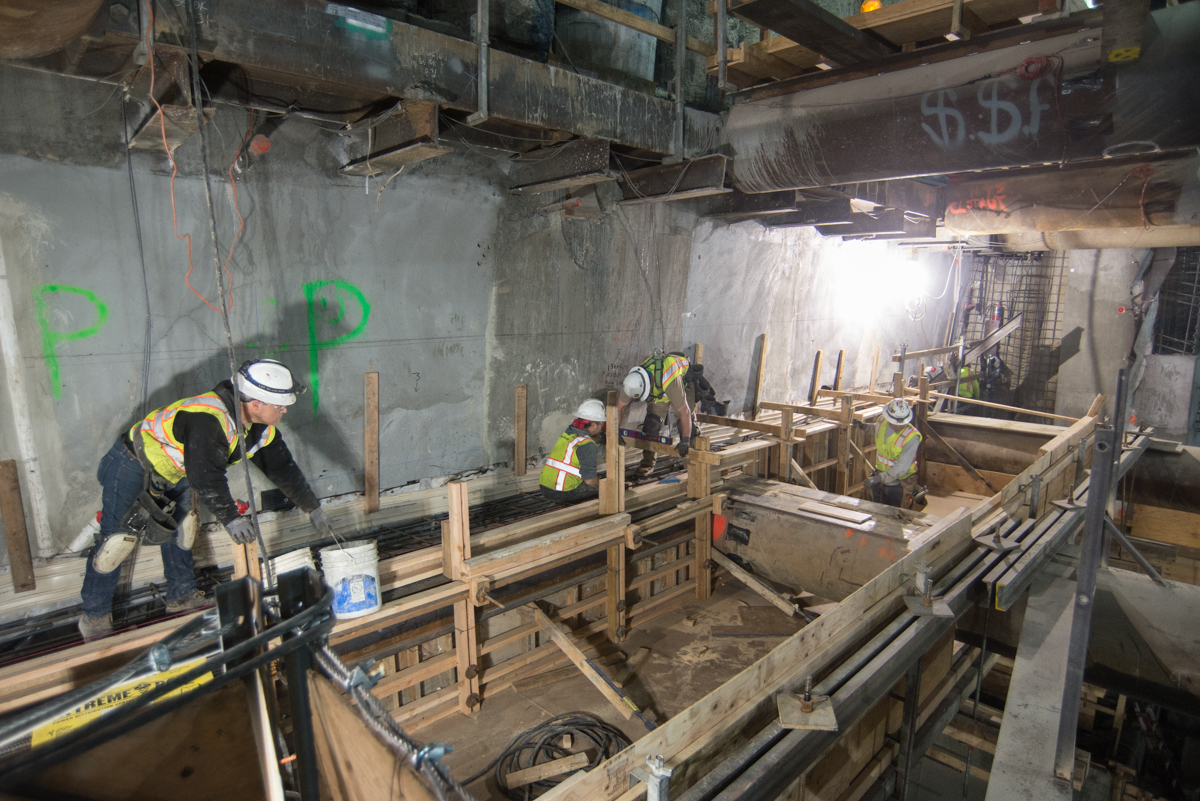 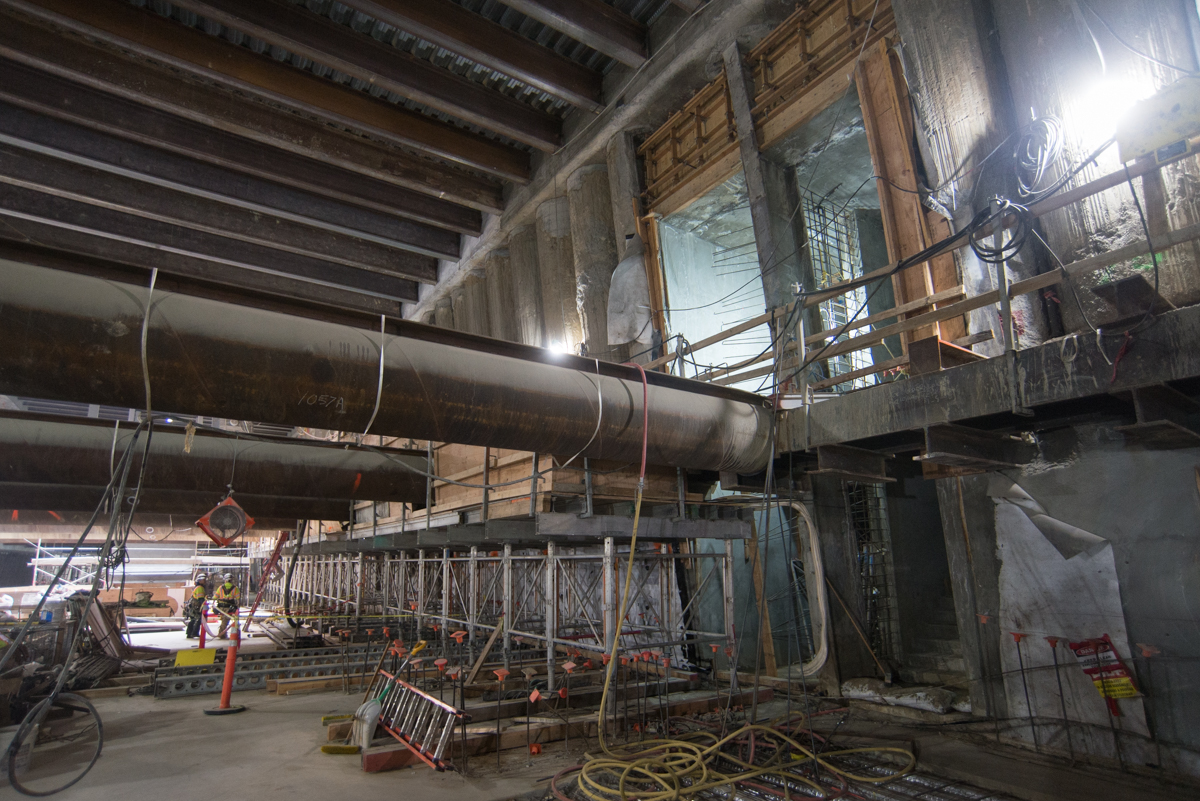 Formwork for future wale encasement beams is going in on the intermediate strut level of the Station Box. 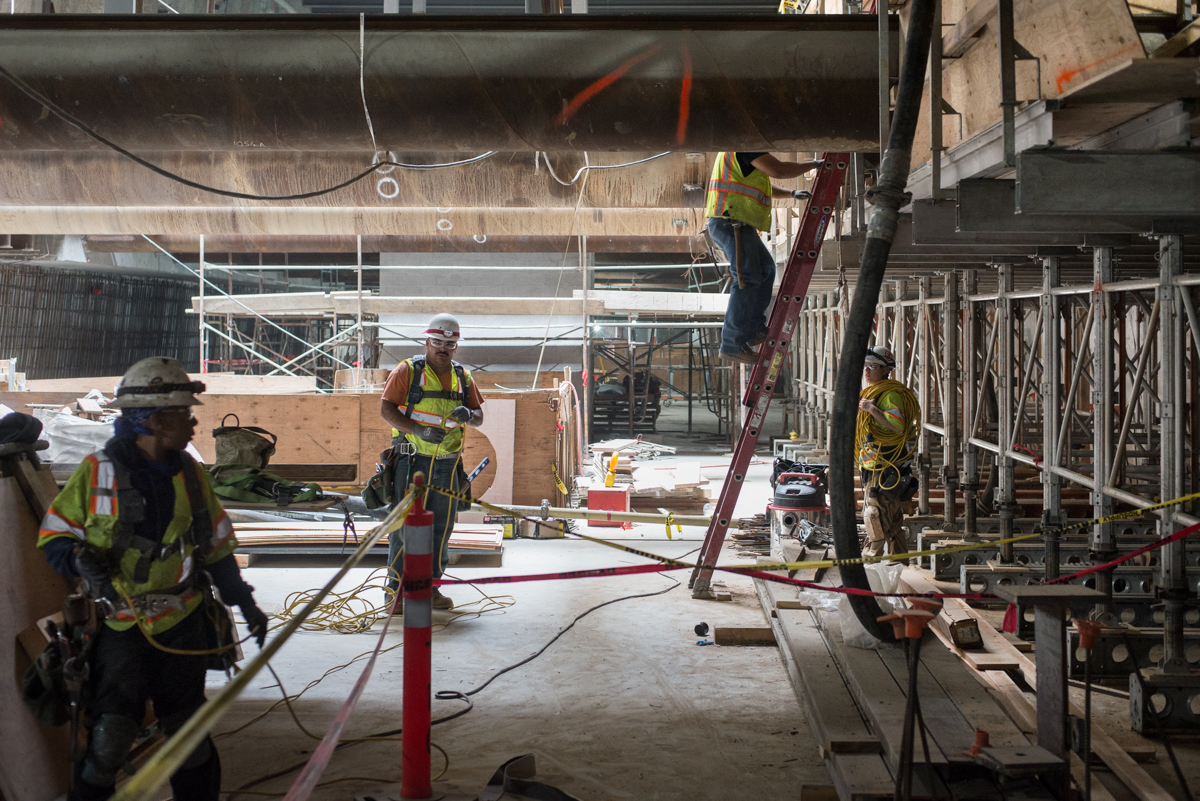 A crew descends from atop a walkway adjacent to formwork for building reinforced concrete wale encasements above on the mezzanine level. Overview 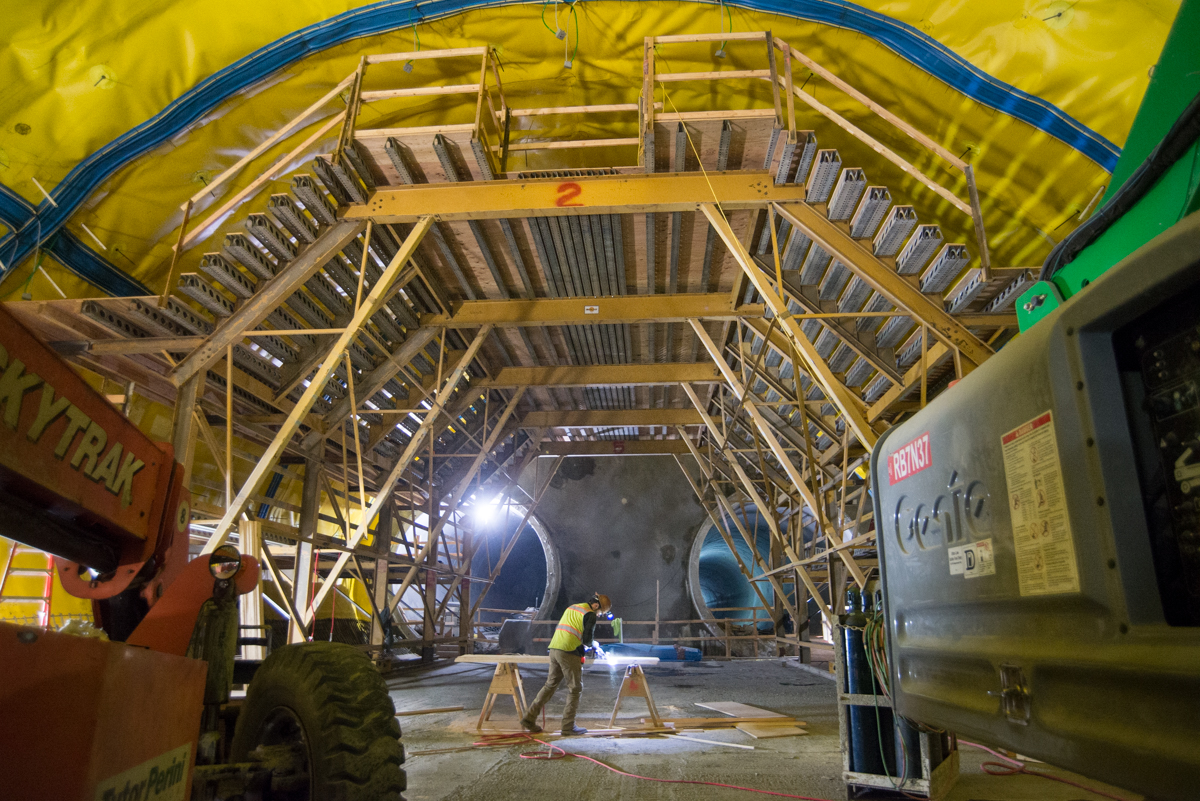 Looking south inside the track crossover cavern, a huge, rolling scaffolding is being constructed to allow workers to install waterproofing and the reinforced concrete structural shell of the cavern. Chinatown Station The construction of Chinatown Station used the sequential excavation method (SEM), providing a high degree of flexibility and control over ground conditions, thereby greatly reducing the risks of construction. This method of tunnel construction is used worldwide for small to large openings in a variety of ground types ranging from rock to soil.  Excavation of the Chinatown Station site was completed in February 2018. 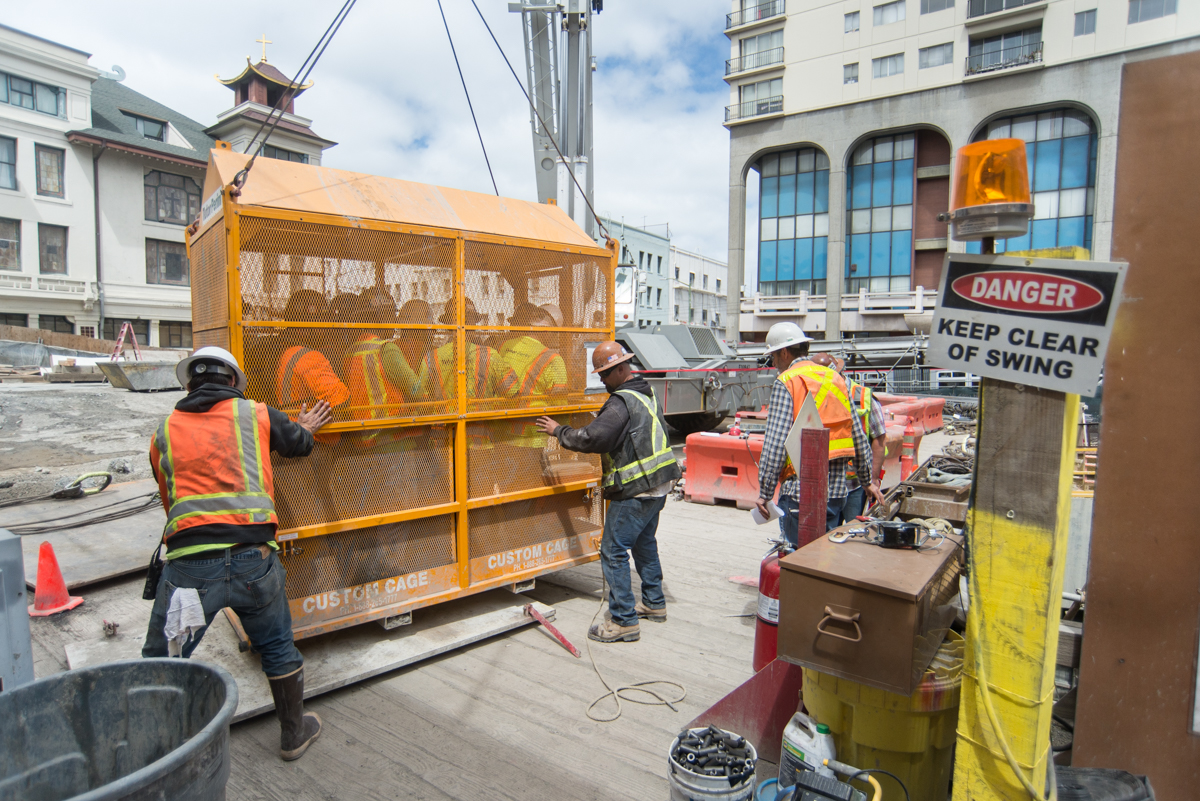 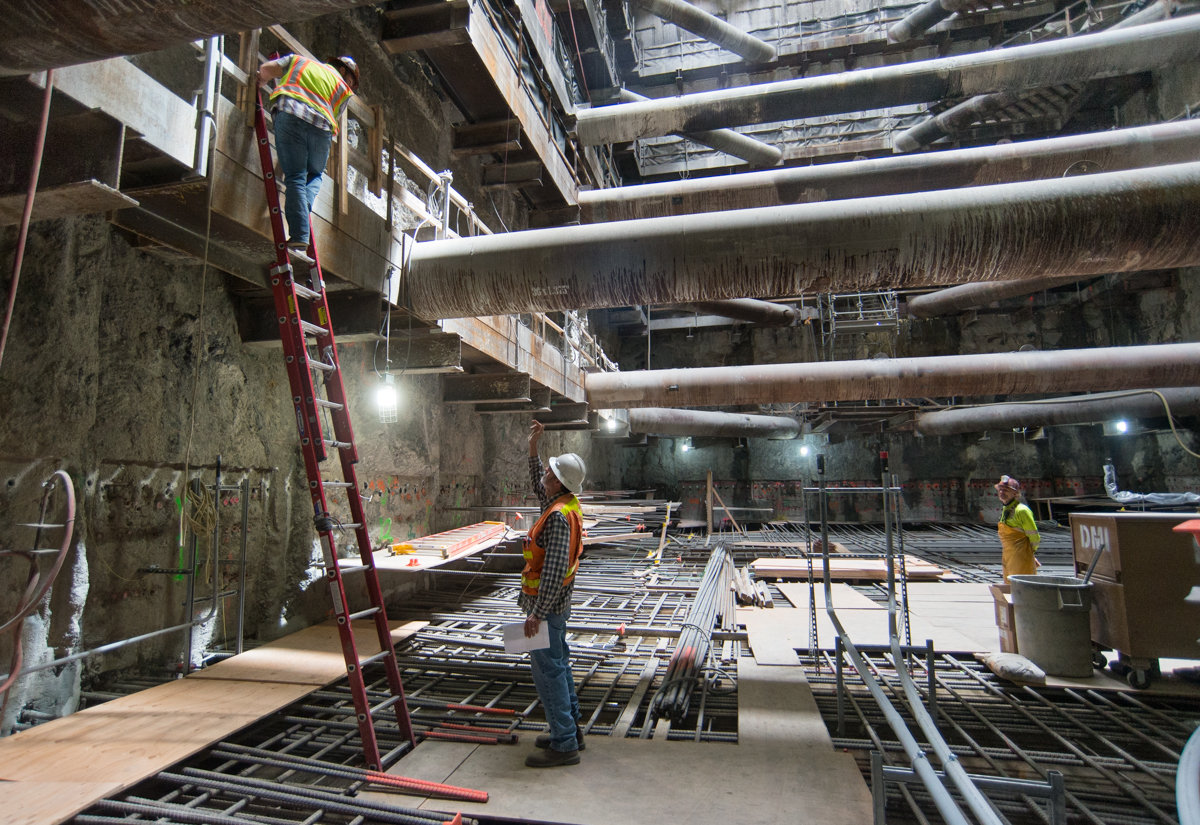 A site superintendent and associate explore the site, starting at the bottom of the Chinatown Station headhouse. Overview