Northern SoMa (Market to Harrison): At 4th and Folsom, work to build the Yerba Buena/Moscone Station continues. This will include construction of the station walls within the work site and water line replacement at the intersection Fourth and Folsom. Night work is planned for these activities. At 4th and Jessie, crew will be drilling and installing casing underneath 4th Street.

Union Square: Stockton Street between Ellis and Geary is closed to vehicular traffic and partial closure to vehicular traffic between Geary to Post to allow for construction of the Union Square/Market Street Station. Work is underway for pile installation to construct the station walls. Construction hours will be Monday to Saturday from 7 a.m. to 11 p.m. Beginning May 30 to June 23, the bus stop at Geary and Stockton will be temporarily be closed every Friday at 10 p.m. through the weekend. Service will resume every Monday at 4a.m. Muni service for this location will temporarily stop Mondays through Thursdays from 8 p.m. to 4 a.m.

Chinatown:  The contractor has started station wall construction within the future station site and on the adjacent section of Washington Street.

North Beach: Work will continue at 1455 Stockton and 1731-1741 Powell. Sewer, roadway and sidewalk restoration on Columbus and Union will continue and is expected to be completed by the 3rd quarter of 2014. 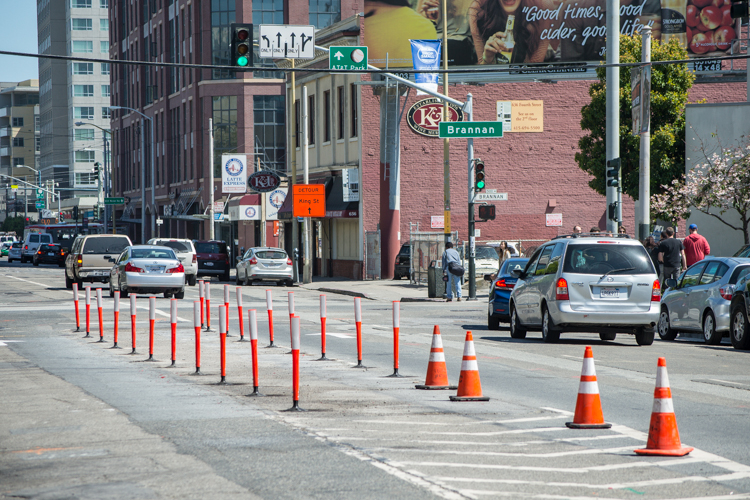 This site on 4th Street north of Brannan will be the future location of the 4th and Brannan surface station platform.
Southern SoMa 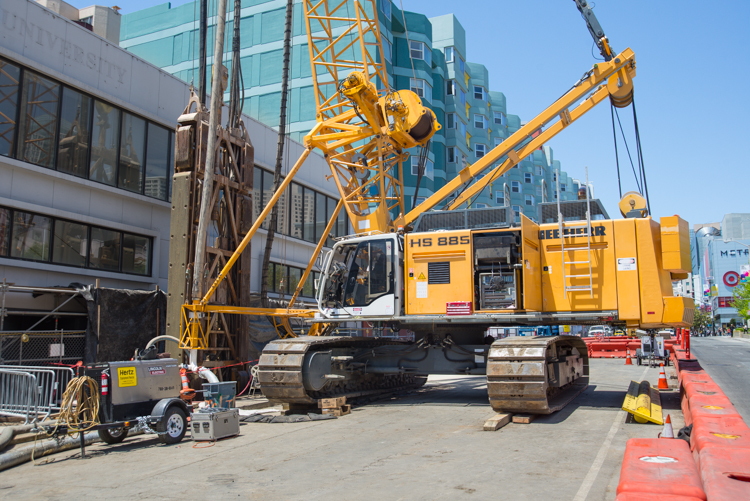 This crane is being used to excavate soil and build underground walls which will become the outer structure of the new station. Northern SoMa

On 4th Street between Howard and Folsom, work to construct the Yerba Buena/Moscone Station is now in progress. Work is underway to construct underground station walls. 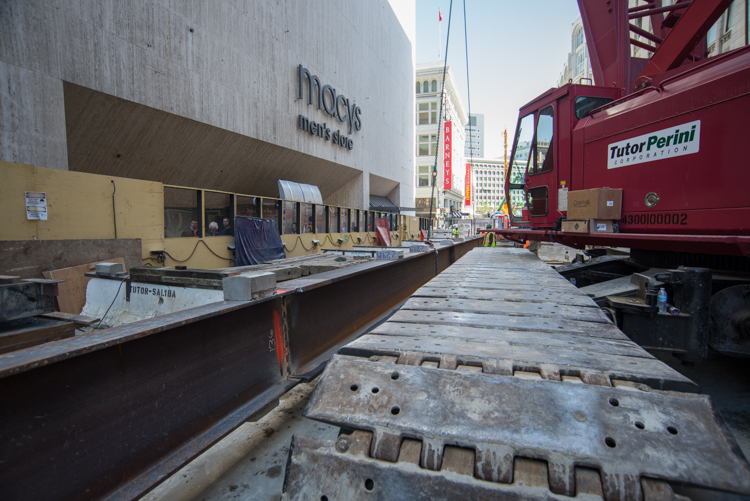 Underground wall construction is ongoing at this site north of O'Farrell Street. These steel beams are lowered into shafts and help reinforce the future station walls.
Union Square

On Stockton Street between Ellis and Post, contractor Tutor Perini is building the Union Square/Market Street Station. Preparatory construction is now in progress, with the roadway closed to vehicular traffic.

On Ellis Street between Stockton and Powell streets, crews will begin to pothole for utilities. 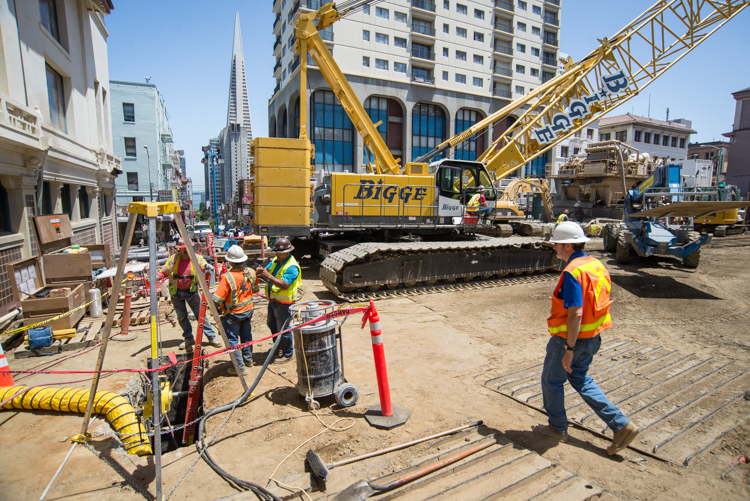 On Stockton Street from Sacramento to Jackson, construction of Chinatown Station is now underway within the property lines and nearby on Washington Street. 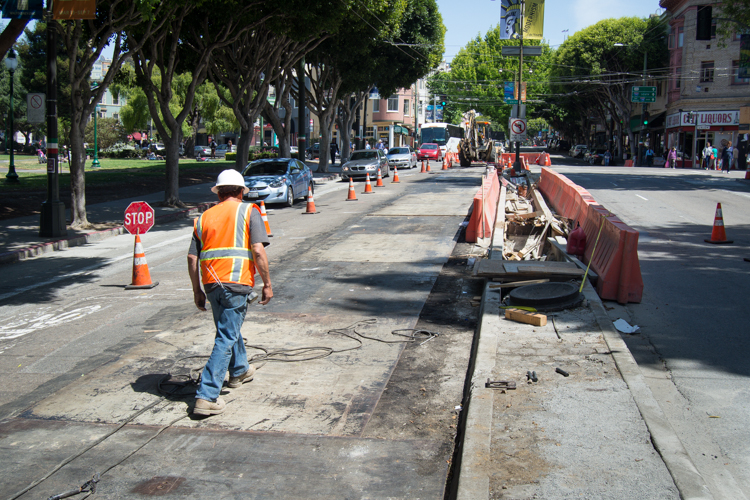 On private property at 1731-1741 Powell Street, the contractor has built a walled excavation known as a retrieval shaft at the site where tunneling will end, and is preparing the site for the arrival of the TBMs which will be removed from the ground here. The contractor is on schedule to complete the major work at this site in the 4th quarter of 2014. With minor restoration activities to follow, the site will be vacated early January 2015.

On private property at 1455 Stockton Street, the contractor will be restoring the site.

The contractor has started replacement of a water line along Columbus Avenue between Union Street and Filbert Streets. Final sidewalk and street restoration will follow and is expected to be complete by the 3rd Quarter of 2014.