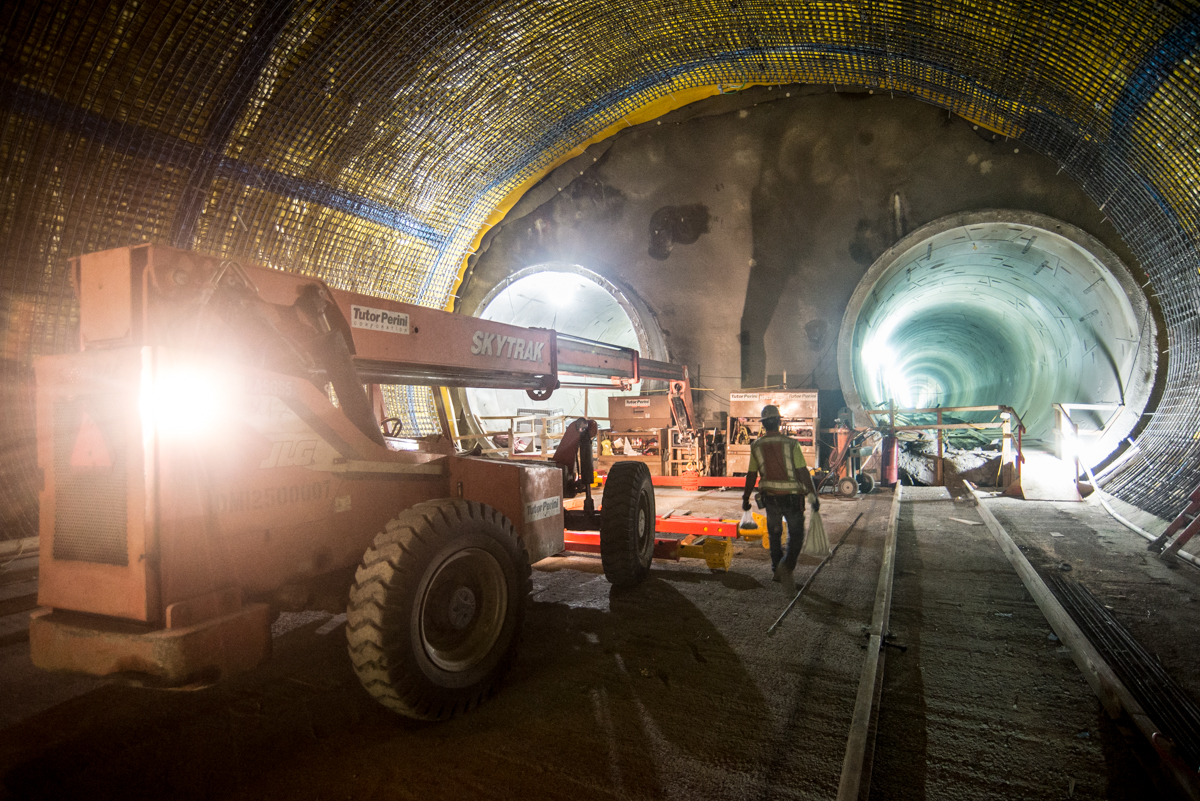 The outer shell of the Chinatown track crossover cavern begins to receive its rebar cage starting at the south end, prior to pouring concrete. Central Subway | Project Advancement 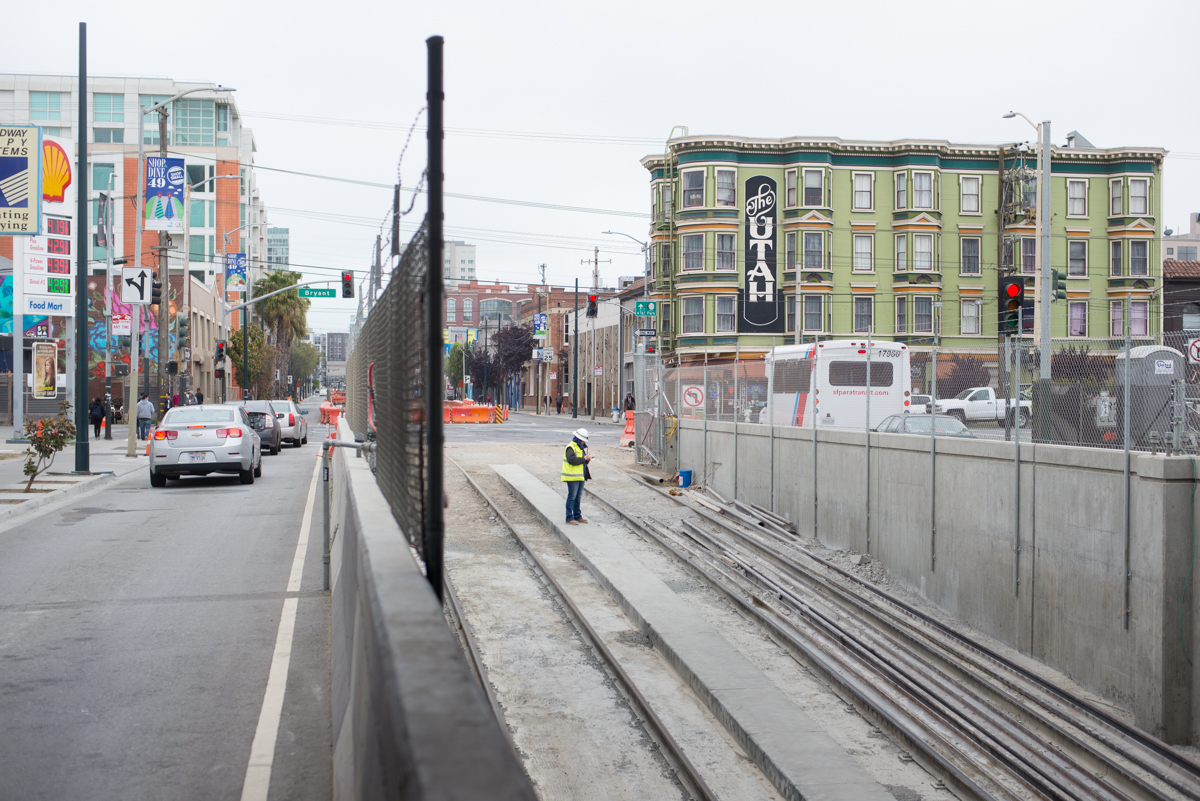 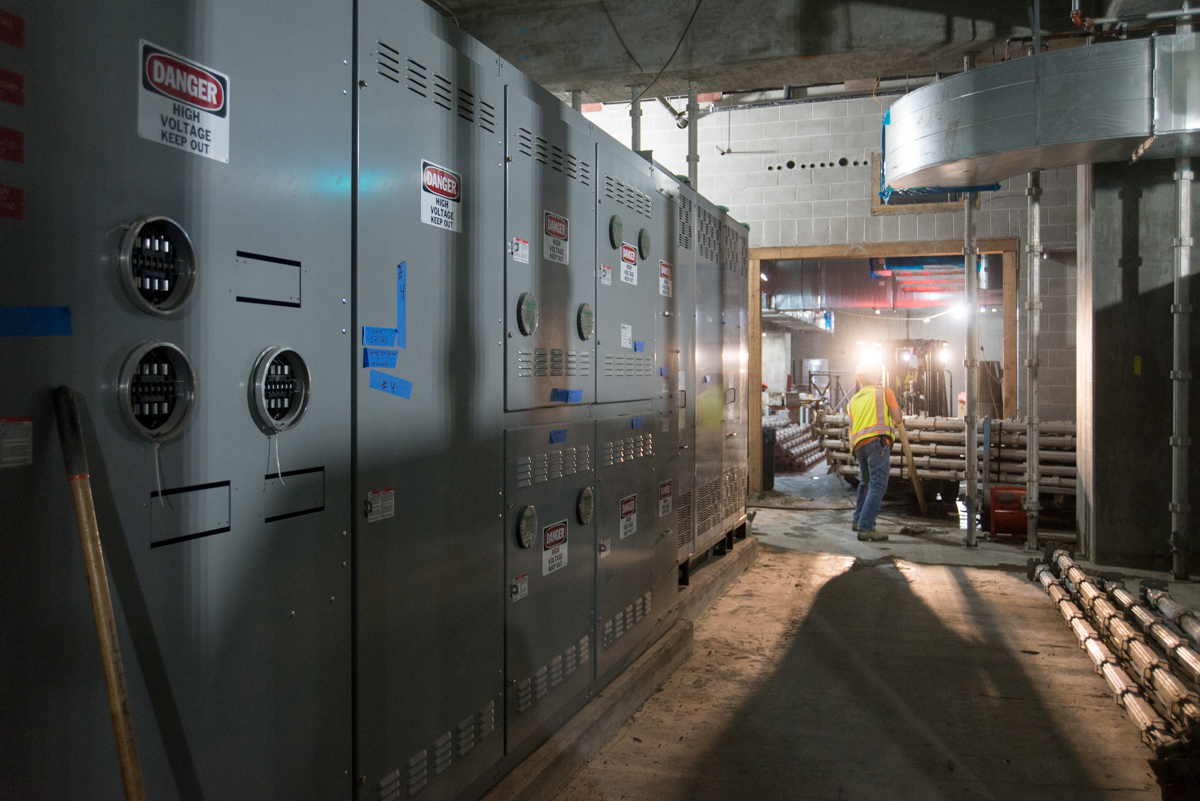 Track control, electrical systems, and other utilities continue to be installed inside the Yerba Buena/Moscone Station headhouse. 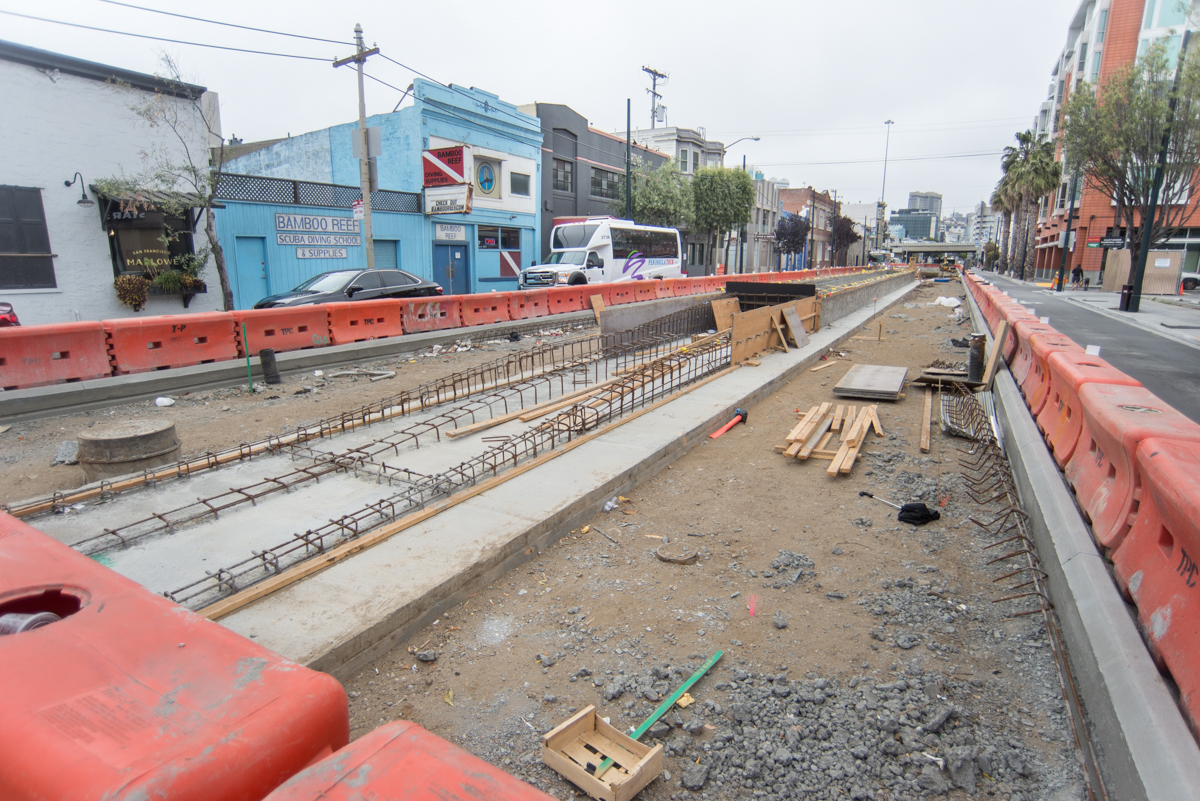 Crews have constructed foundation elements of the future 4th and Brannan surface station in SoMa. Overview 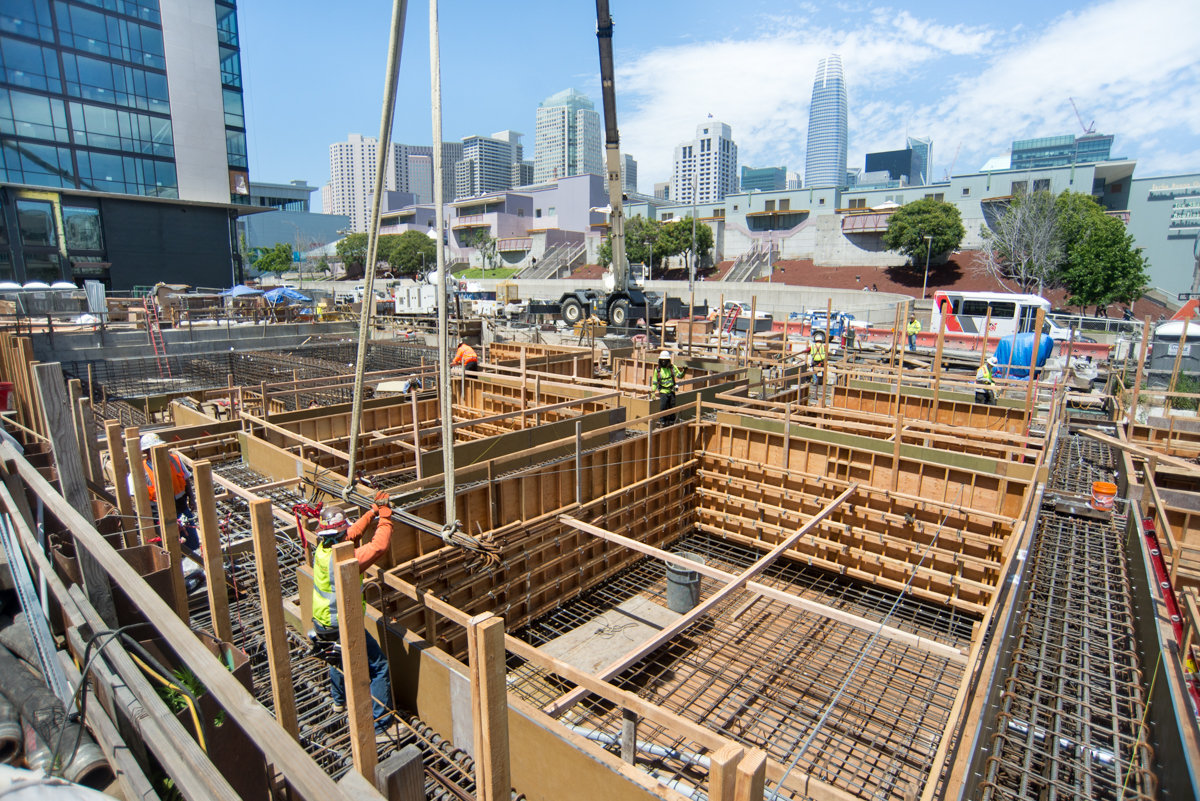 A worker receives a bundle of rebar to be installed on the west side of the massive headhouse roof slab, currently under construction. Yerba Buena | Moscone Station 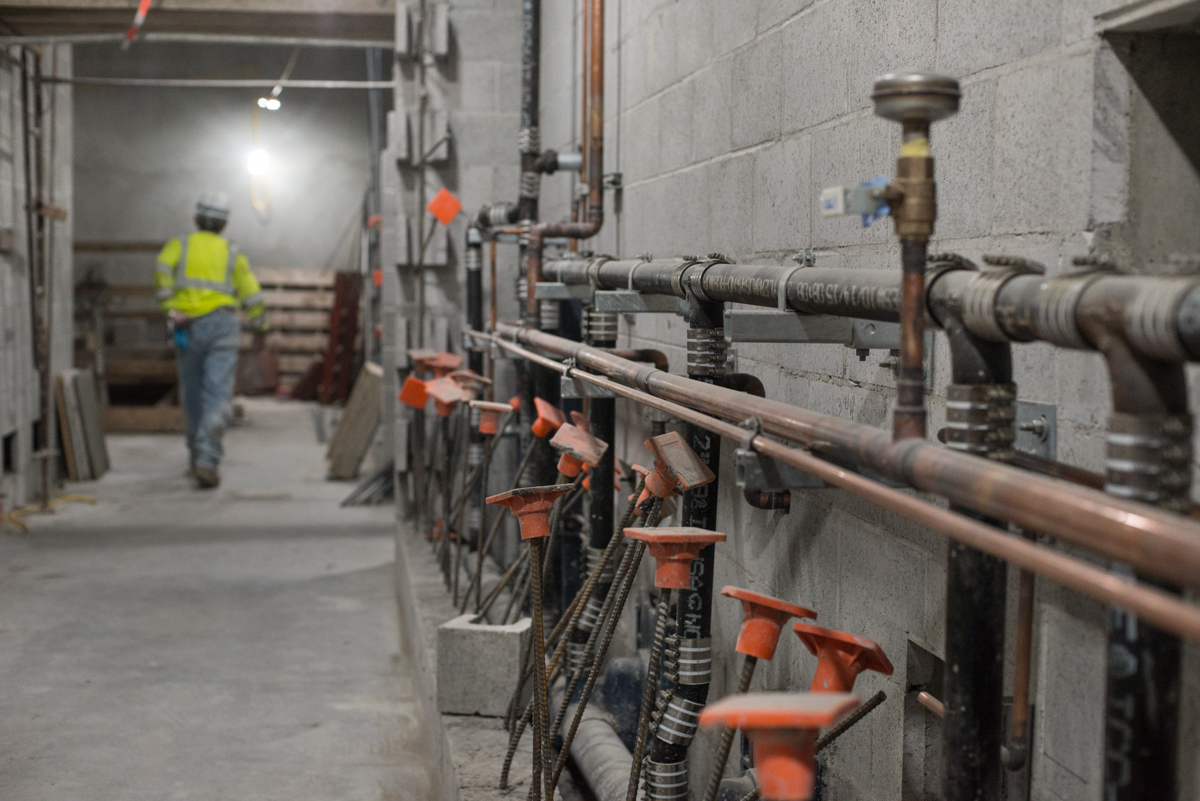 Newly-installed plumbing lines an interior wall on the concourse level near the north end of the Yerba Buena/Moscone Station headhouse. 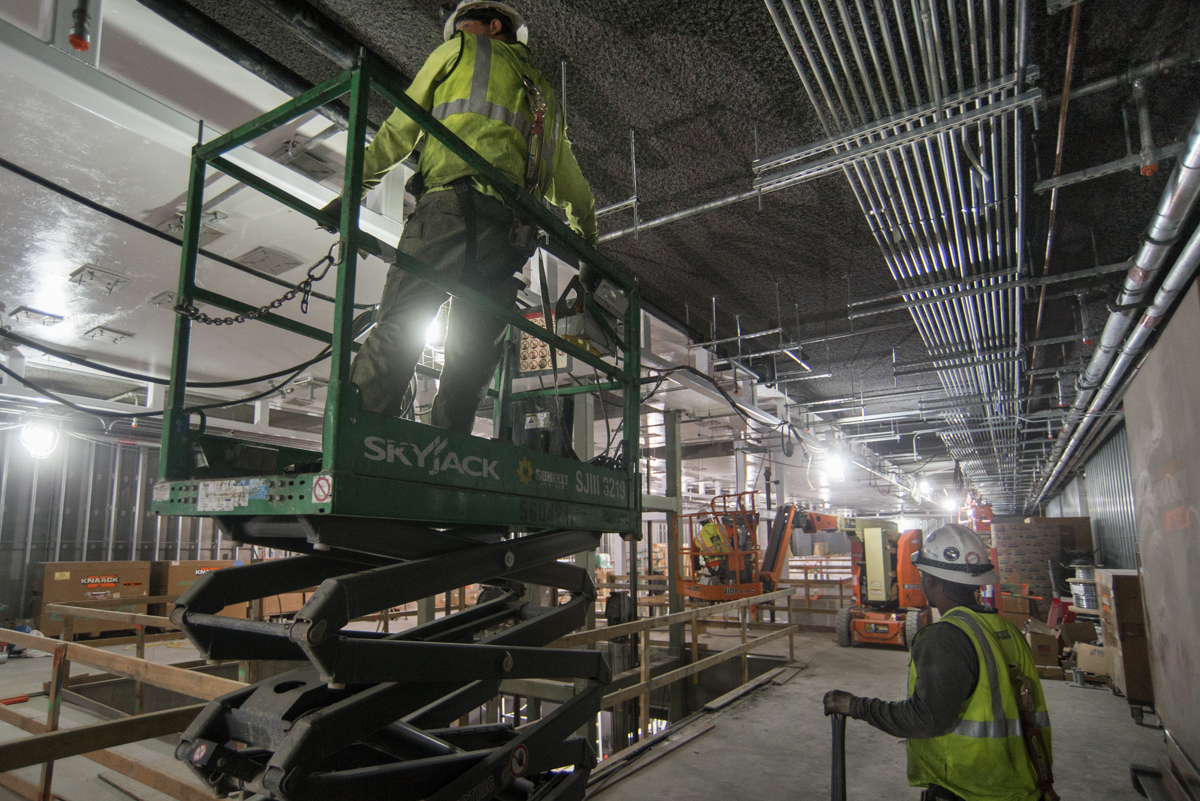 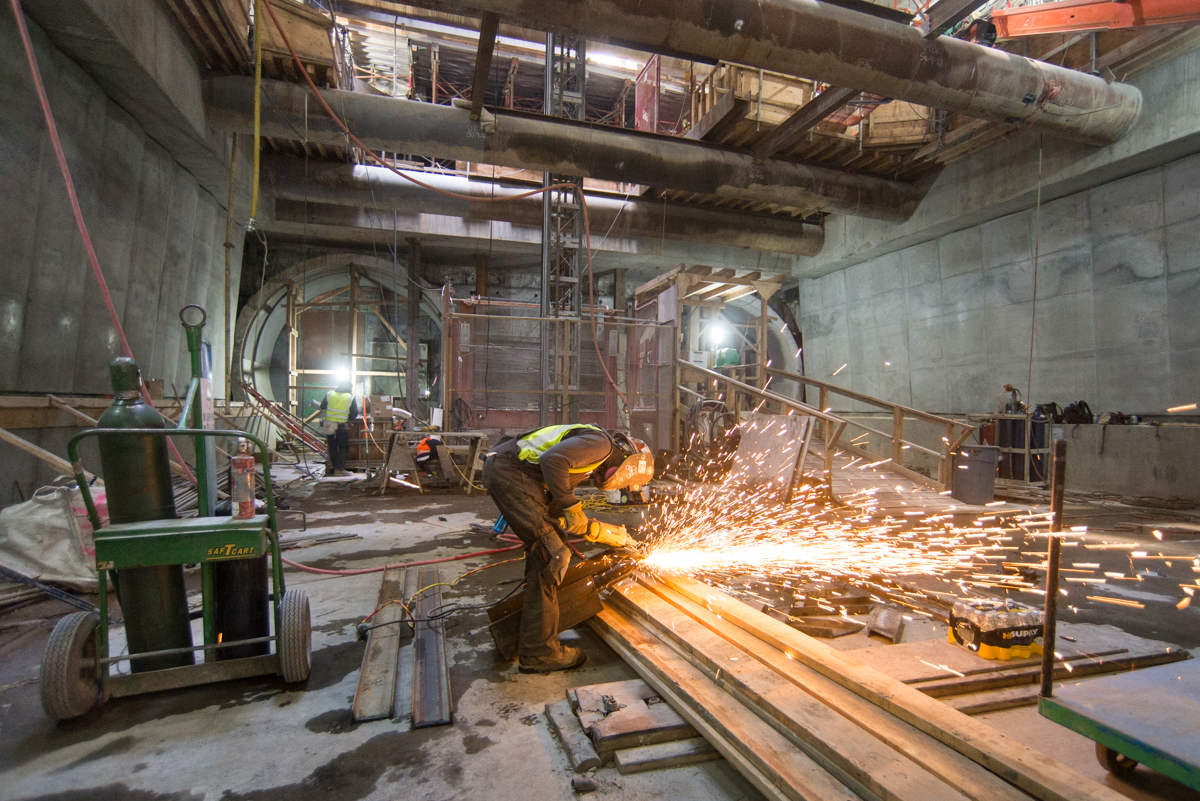 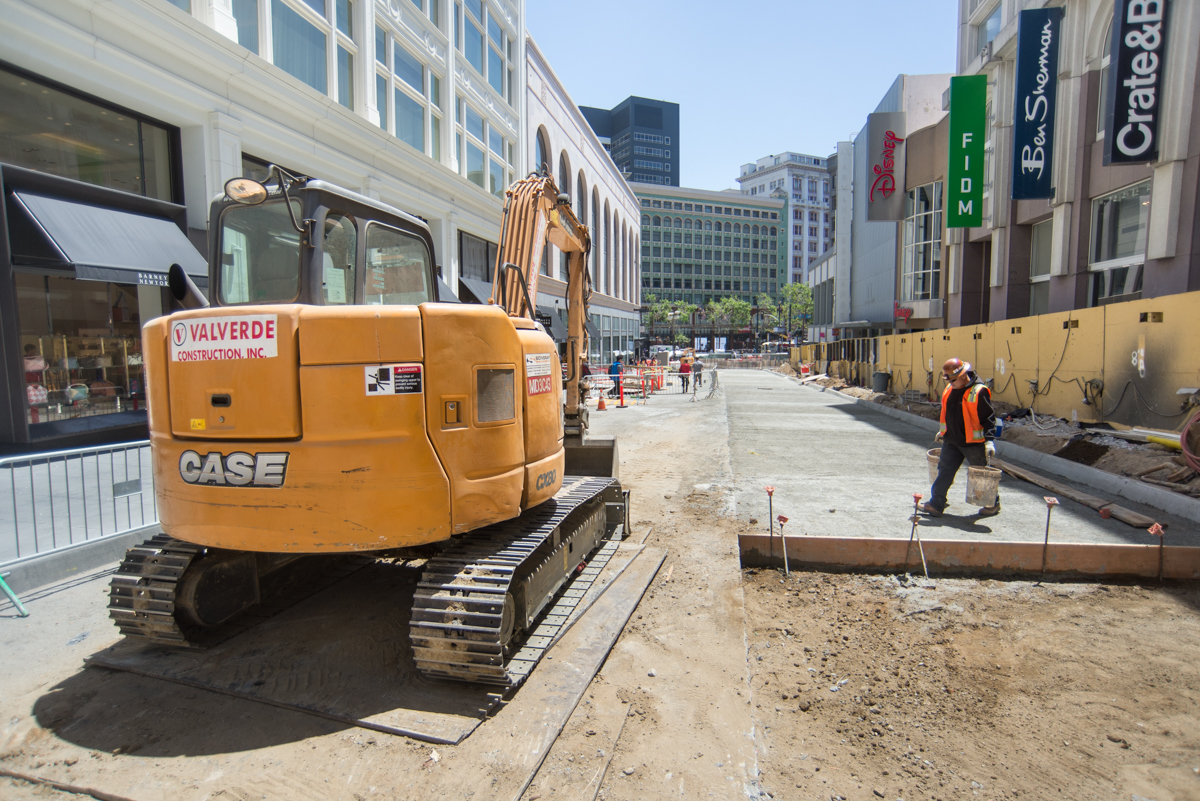 As part of street restoration work on Stockton north of Ellis, the western half of the road slab has now been poured down most of the block. 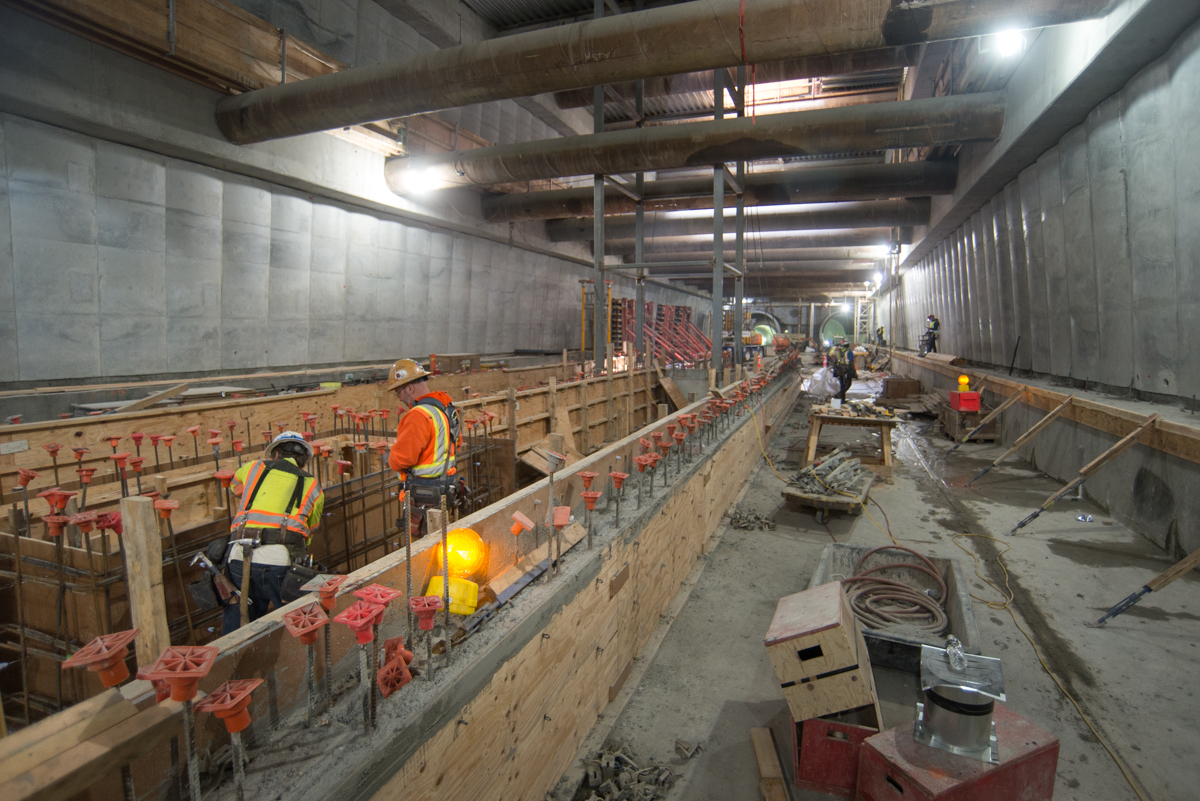 With some sections of the station platform walls now poured, concrete forms for inner platform support walls are now being constructed. Overview 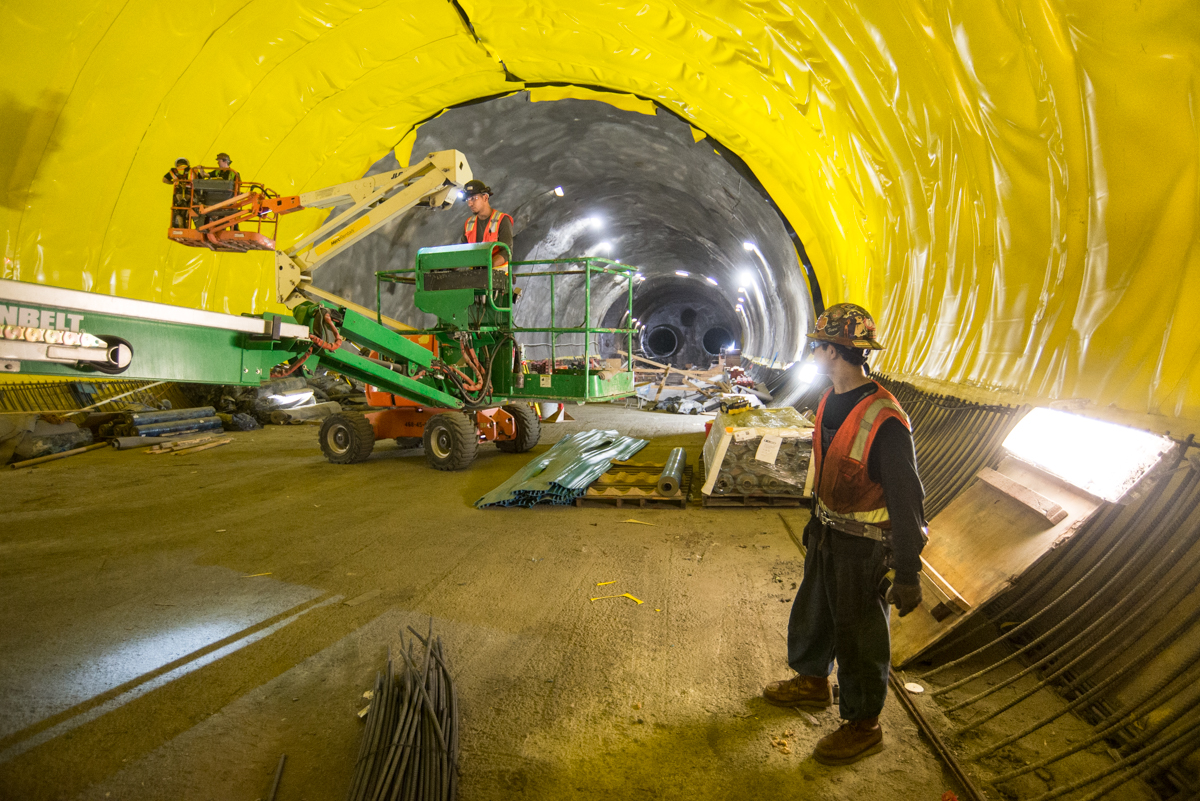 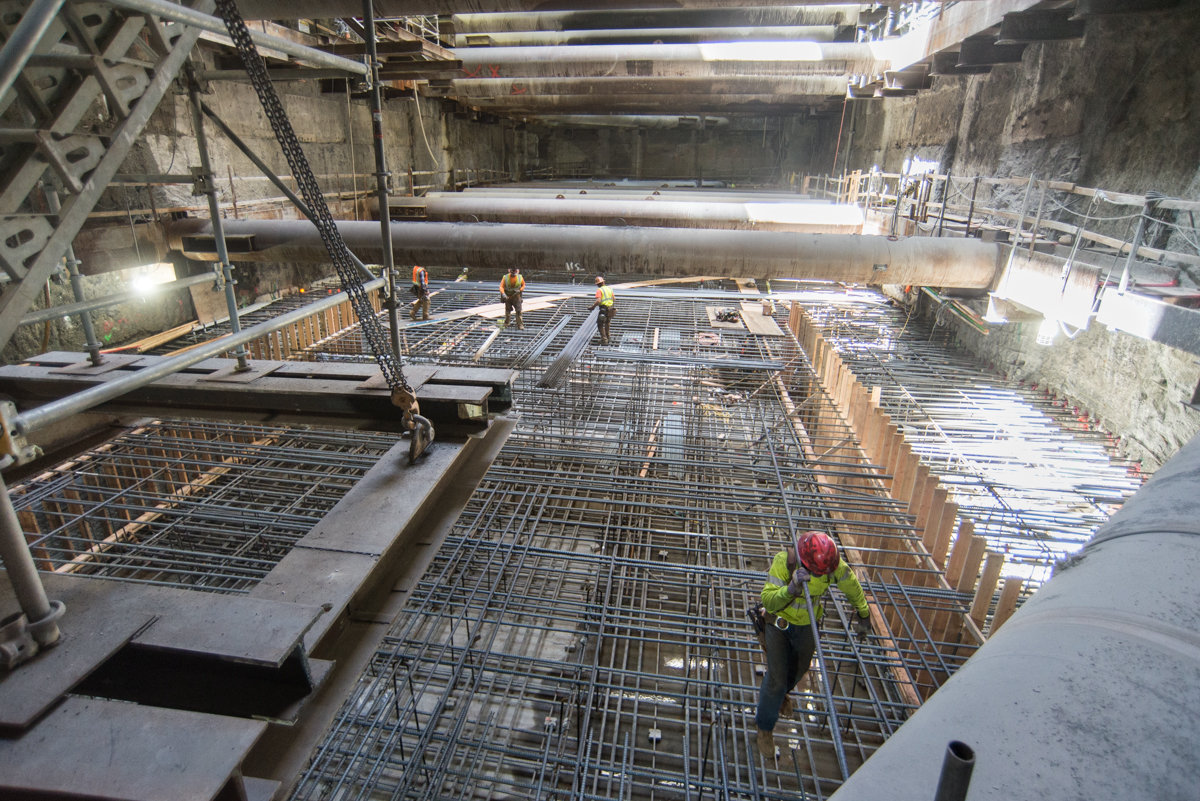 Workers carry each strand of rebar one by one to where they are installed, as part of headhouse invert slab construction for Chinatown Station. 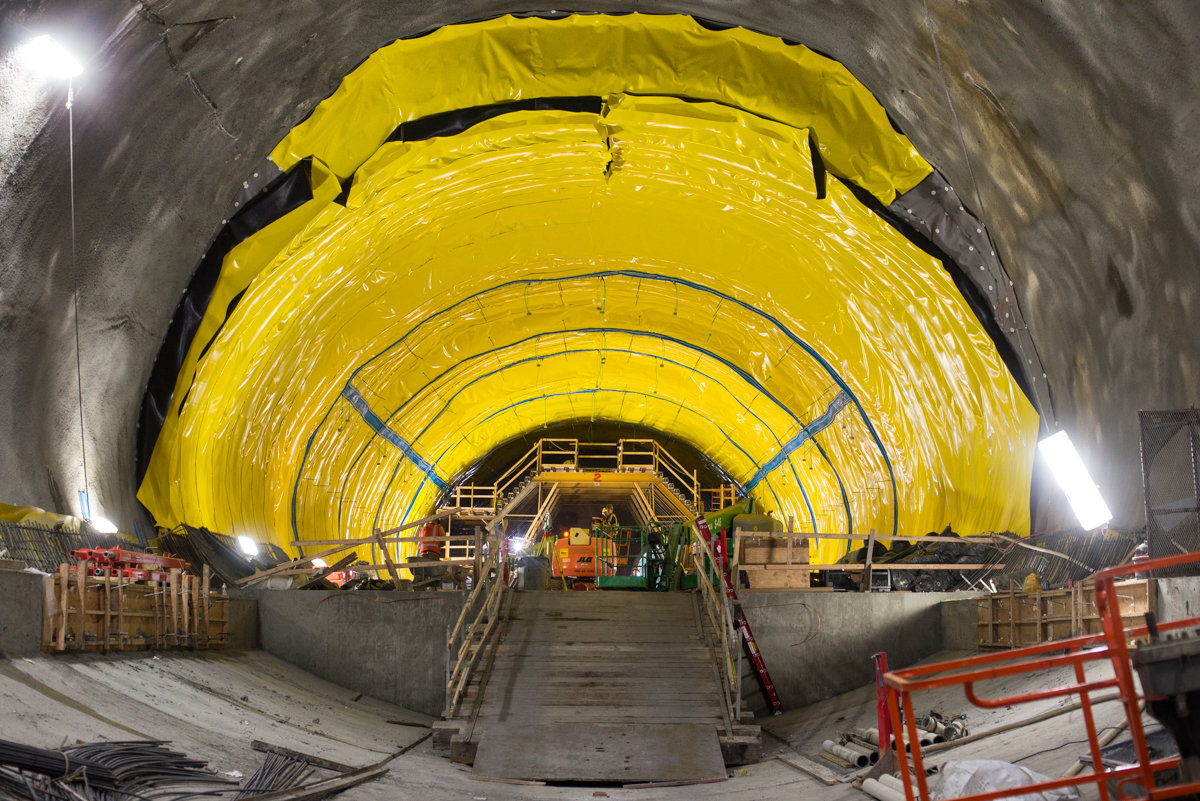 The entire length of the track crossover cavern has now been covered in PVC sheeting as part of exterior waterproofing work. Overview