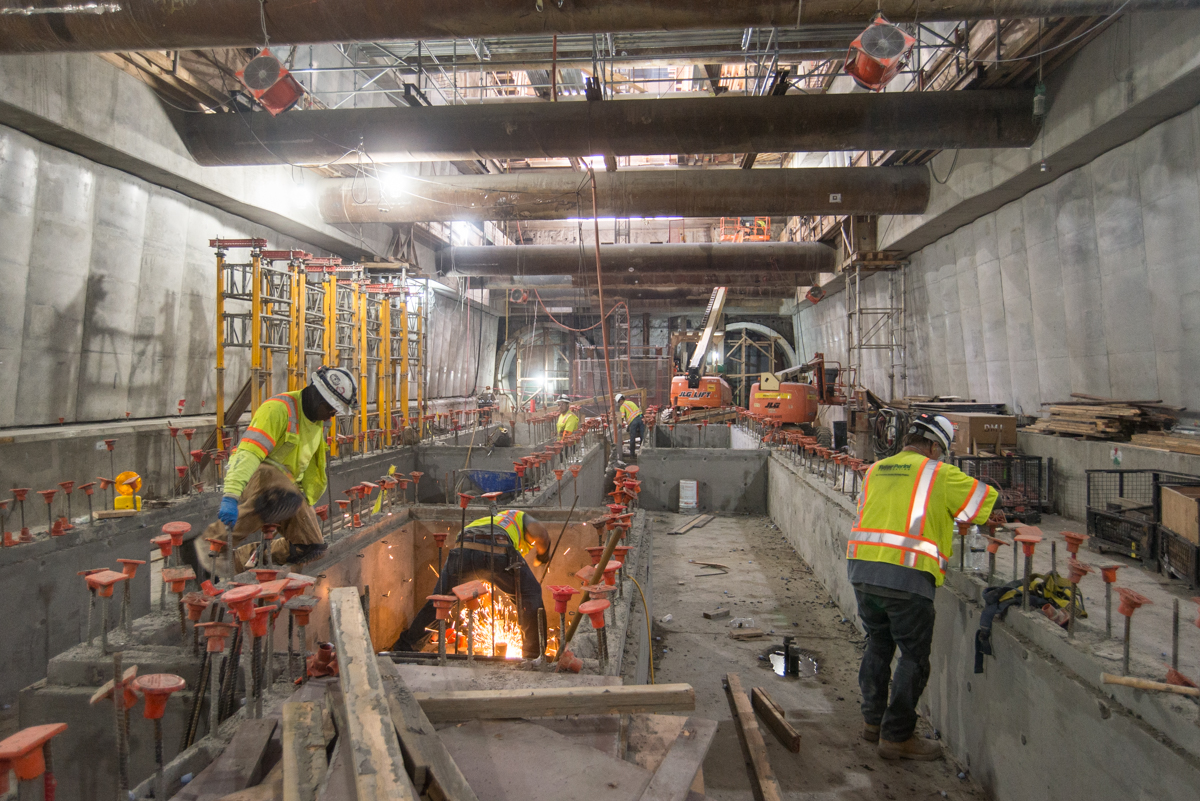 Crews continue the next phase of work to construct the northern half of the Union Square/Market Street Station platform. Central Subway | Project Advancement 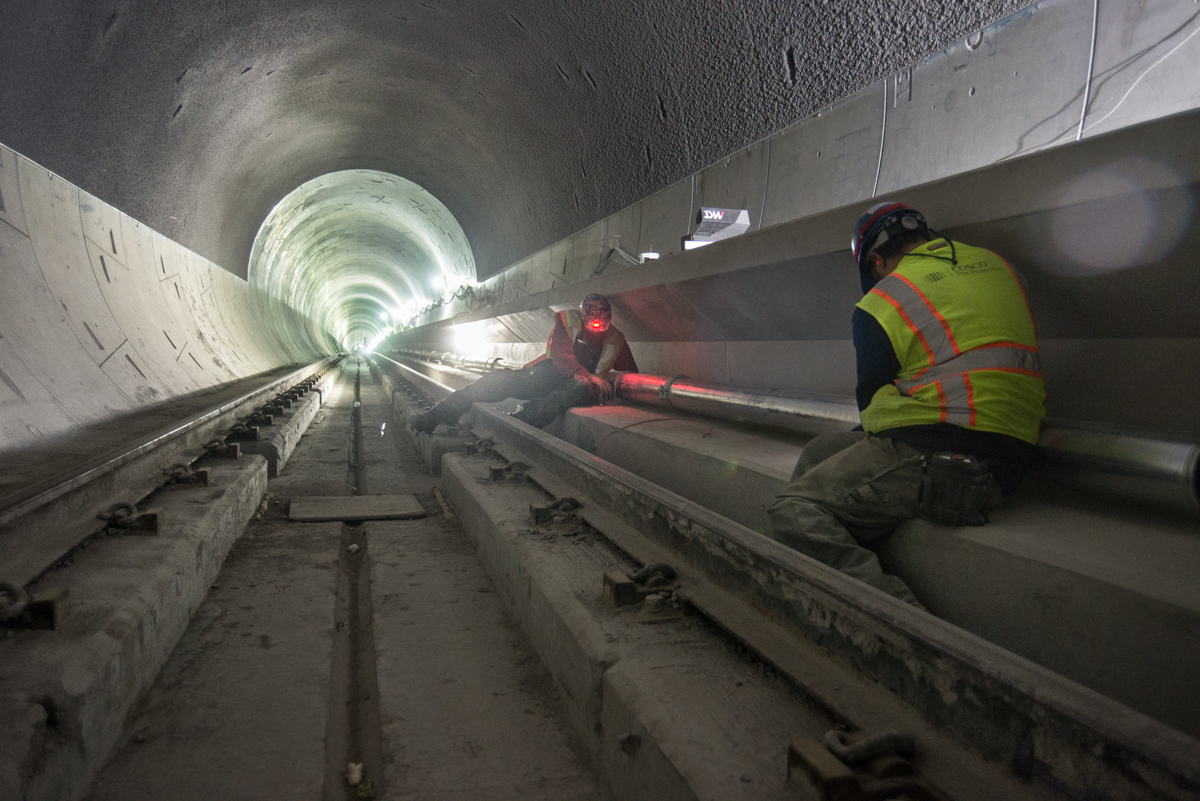 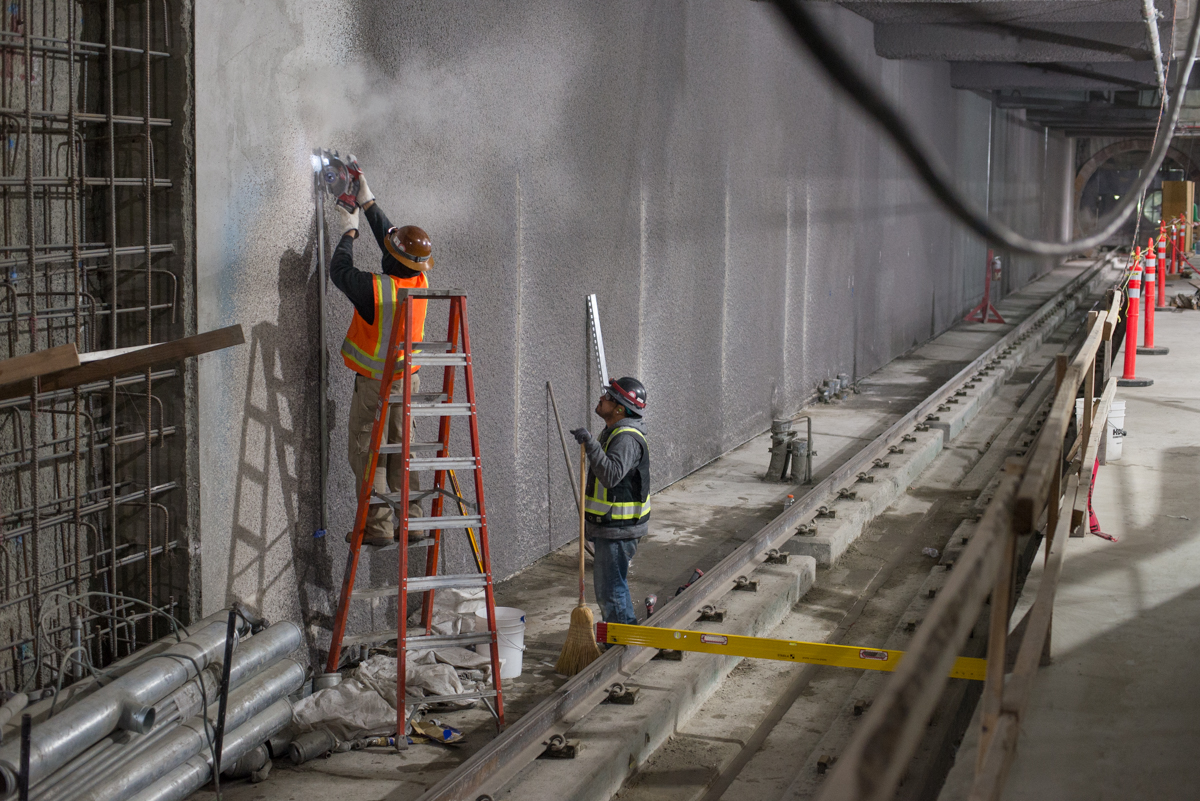 Two men prepare the west wall of the Yerba Buena/Moscone Station to create a slot for conduit brackets to be installed. 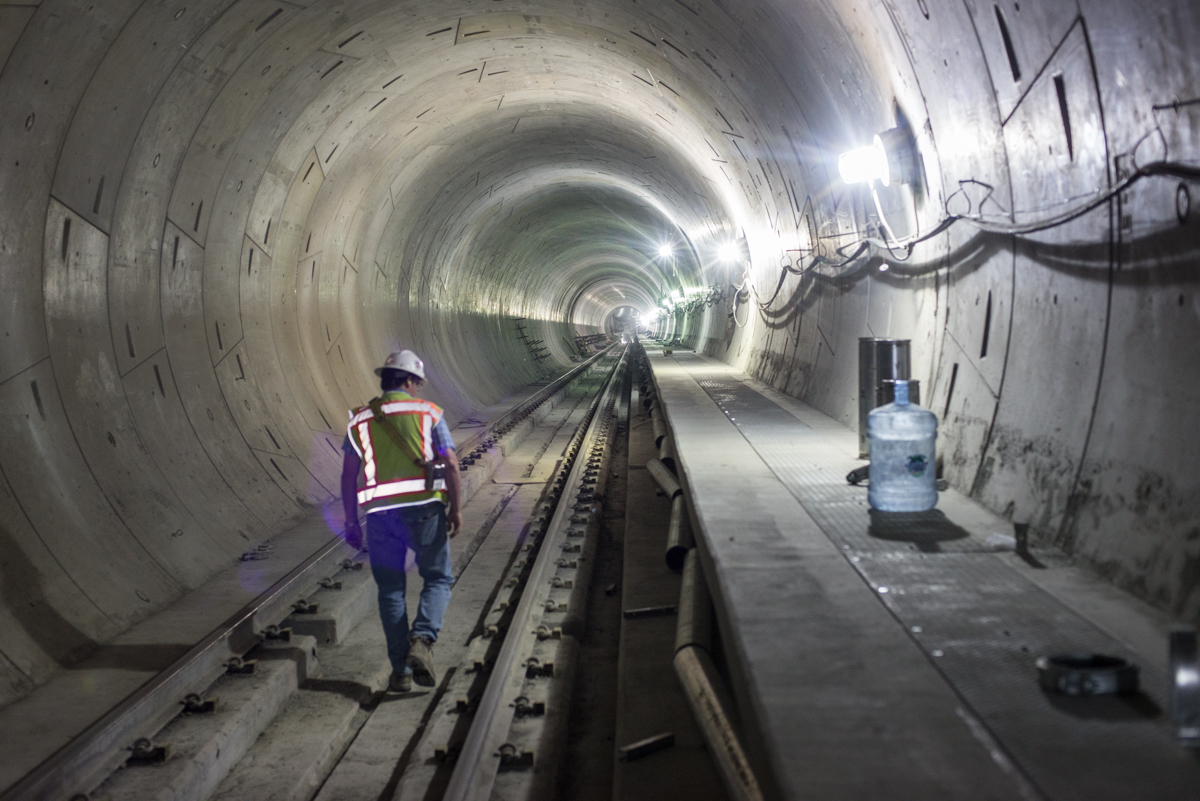 An inspector looks over sections of large conduit and their brackets during installation inside the southbound tunnel. Overview 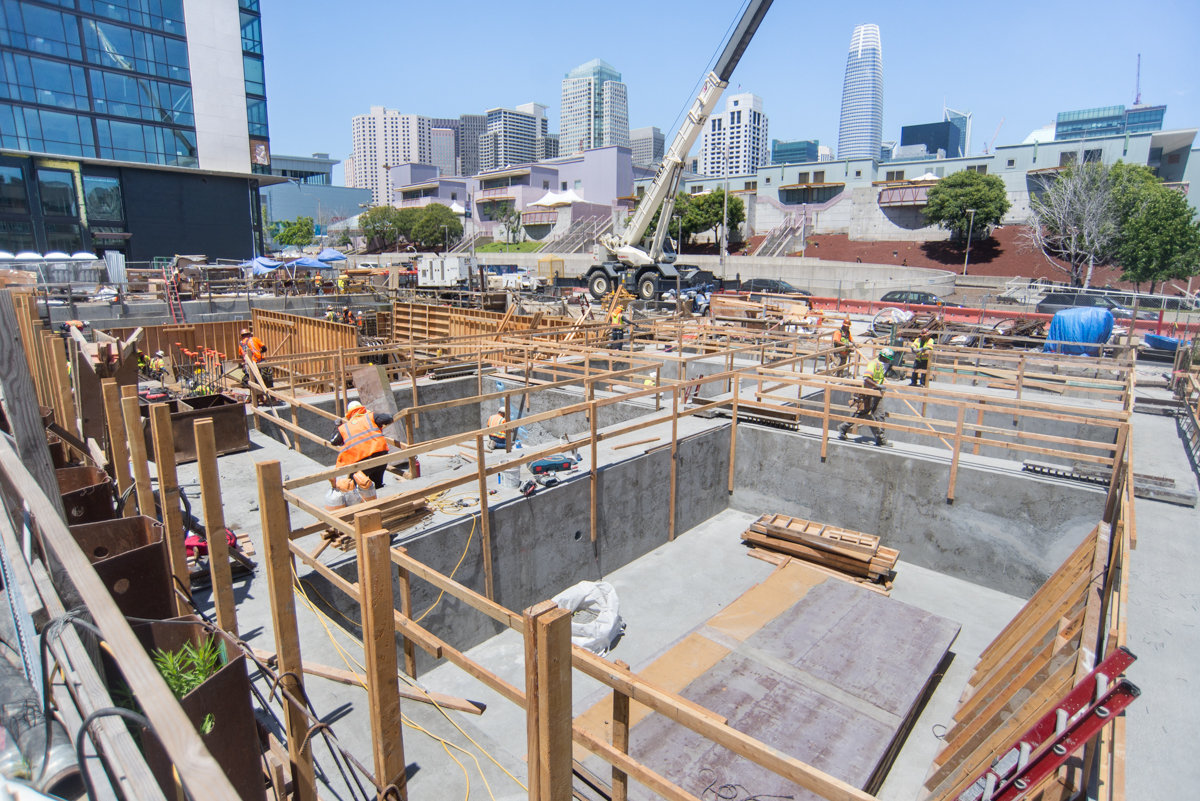 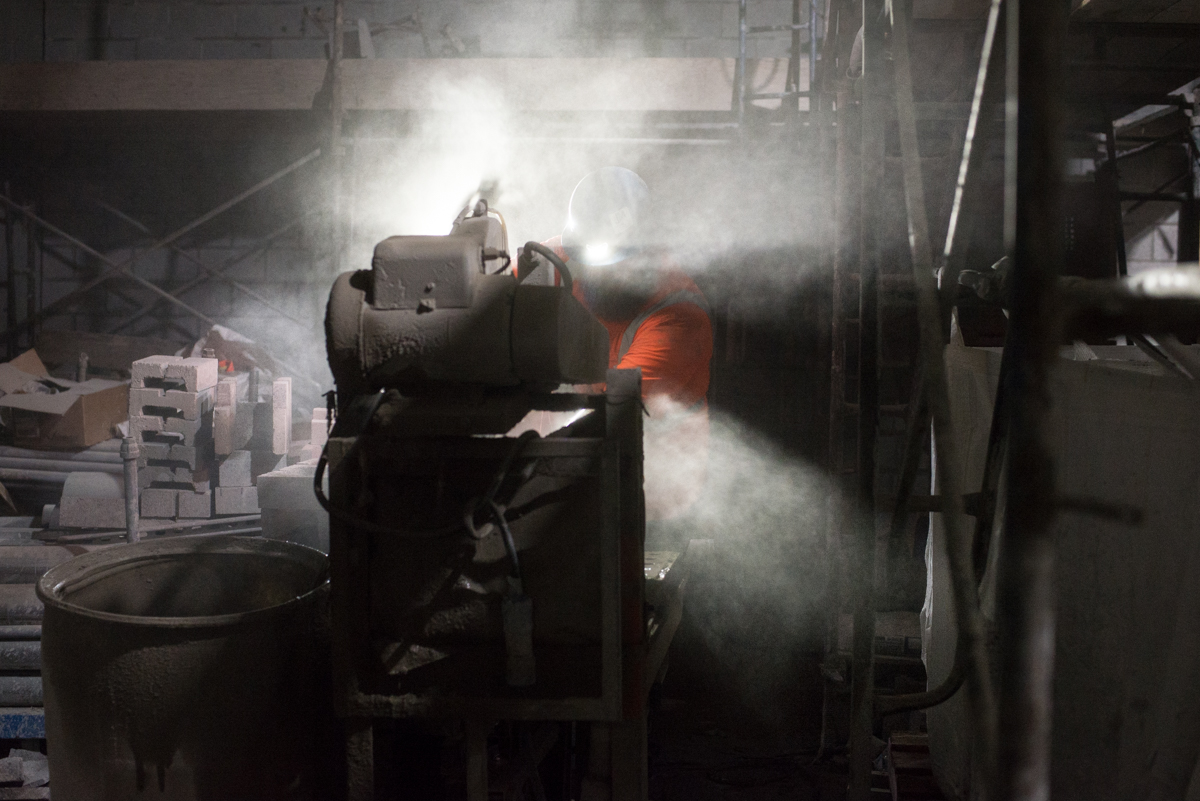 A worker uses a wet saw to cut cinderblocks for wall construction on the concourse level of the station headhouse. 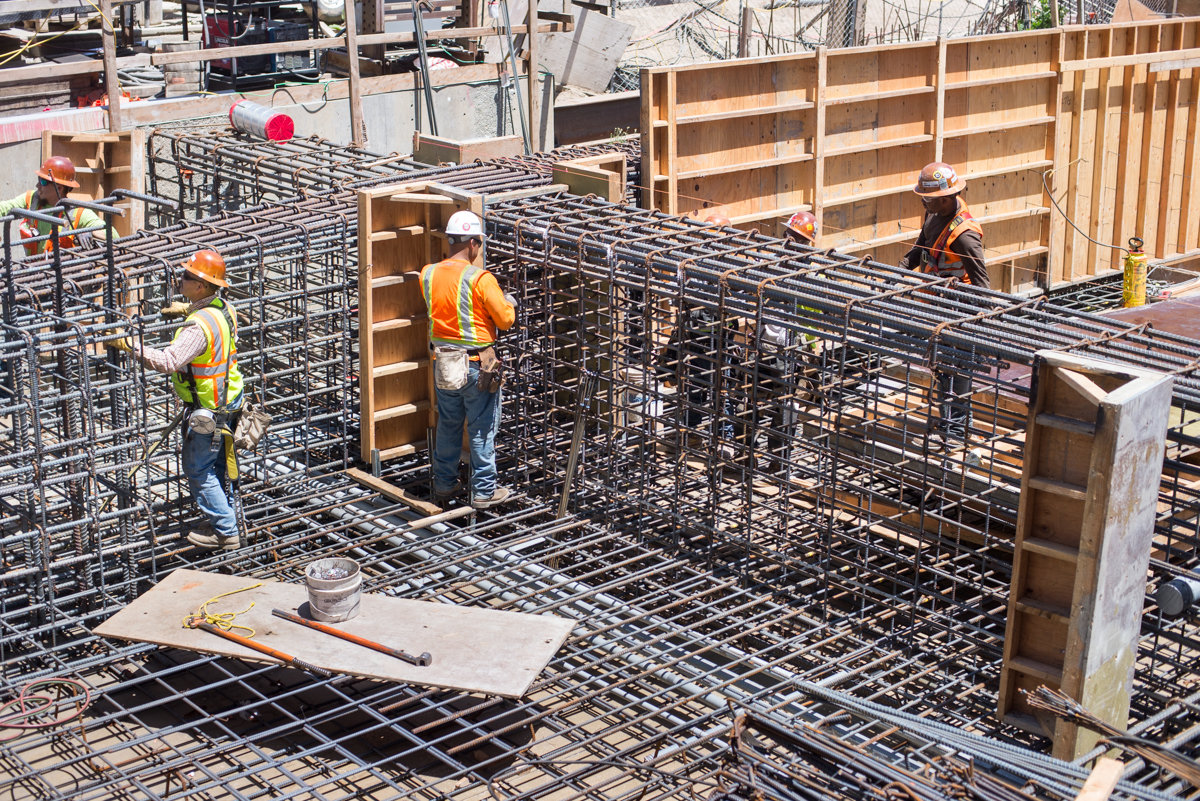 The next phase of concrete formwork is being installed to build the north half of the headhouse roof slab. Overview 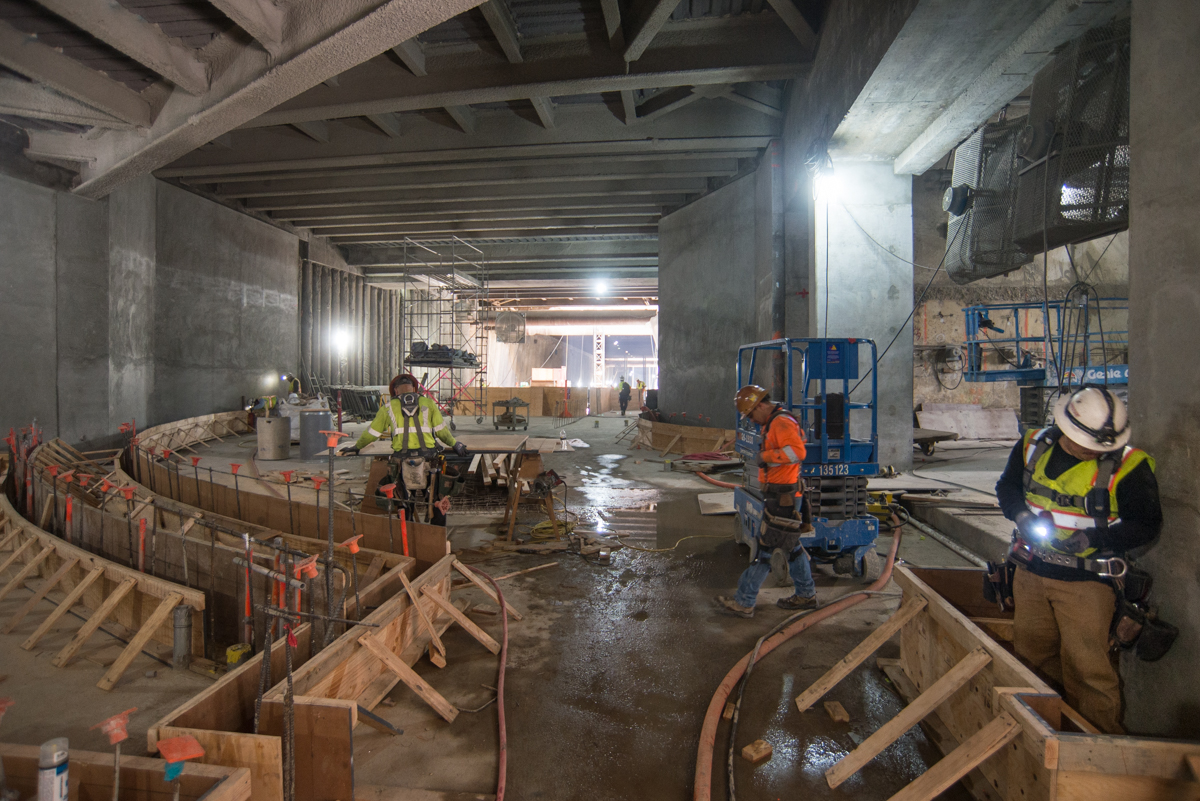 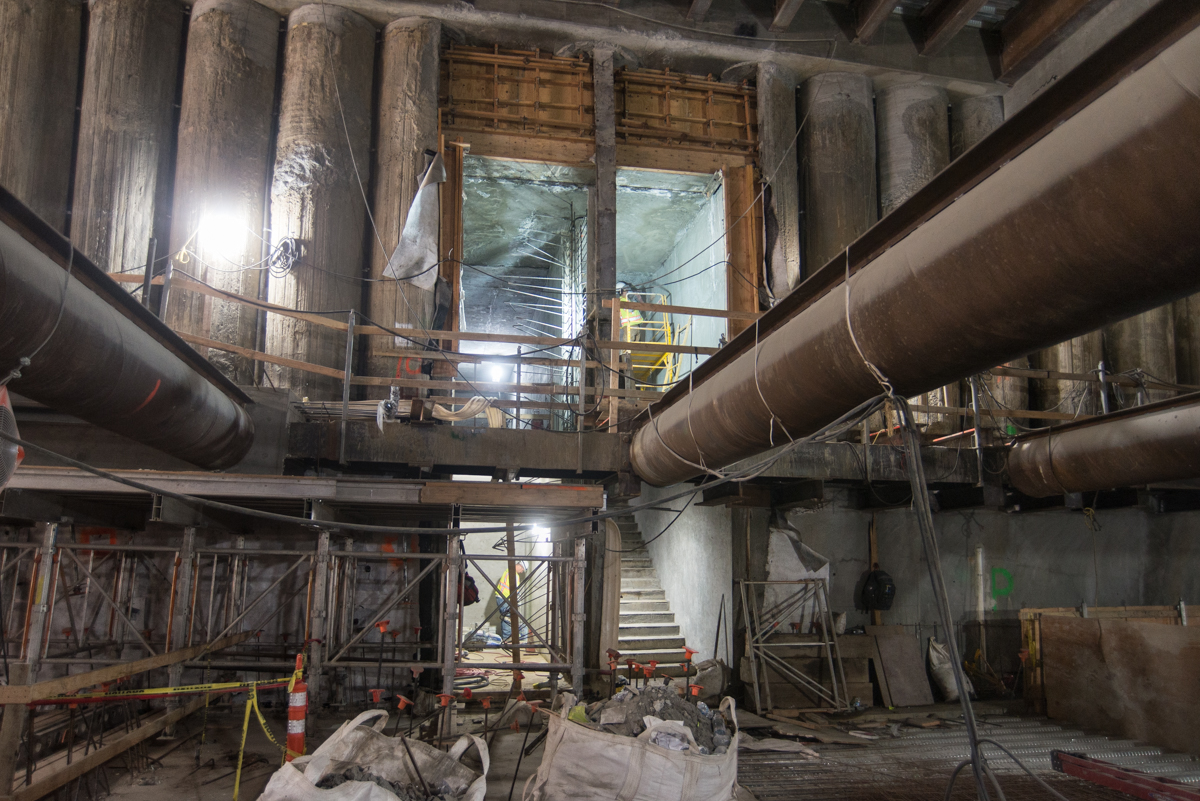 Rough finishing work is underway to construct the O'Farrell emergency egress staircase, at the northeast corner of O'Farrell and Stockton. 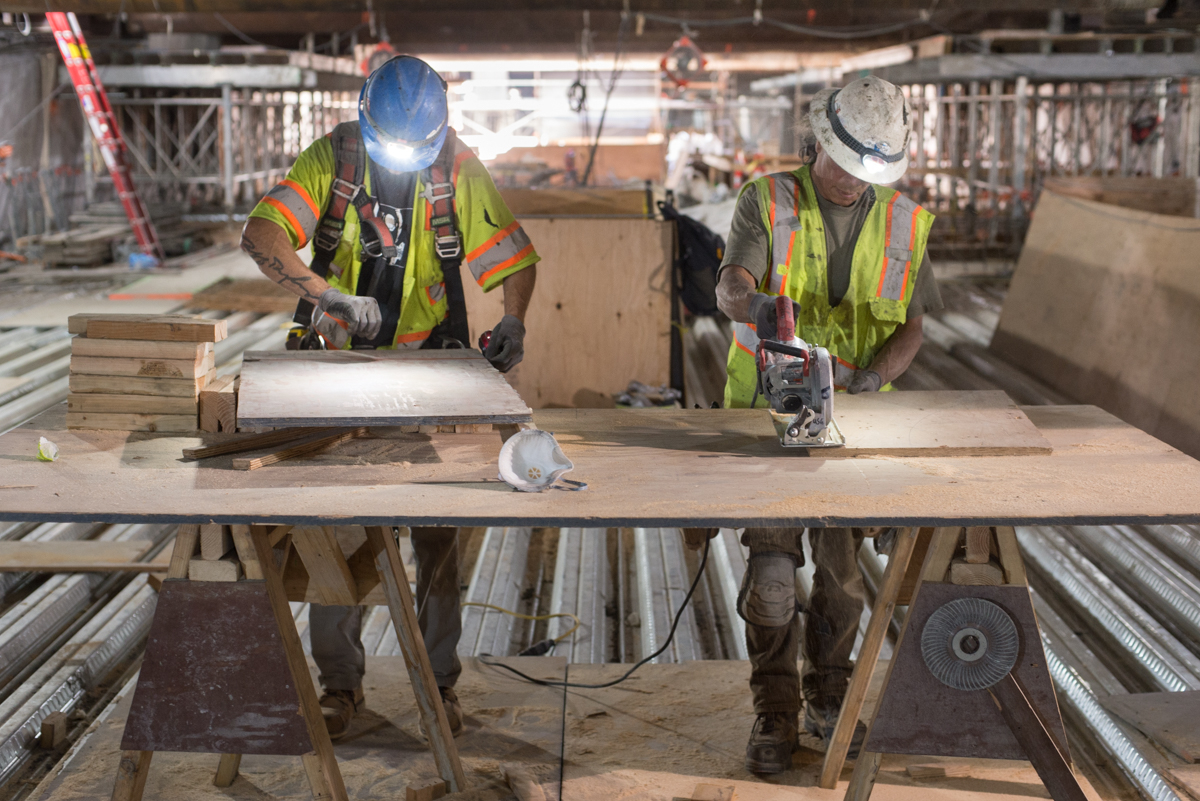 Carpenters cut pieces of plywood which will be integrated into concrete forms on the mezzanine level of the station box. Overview 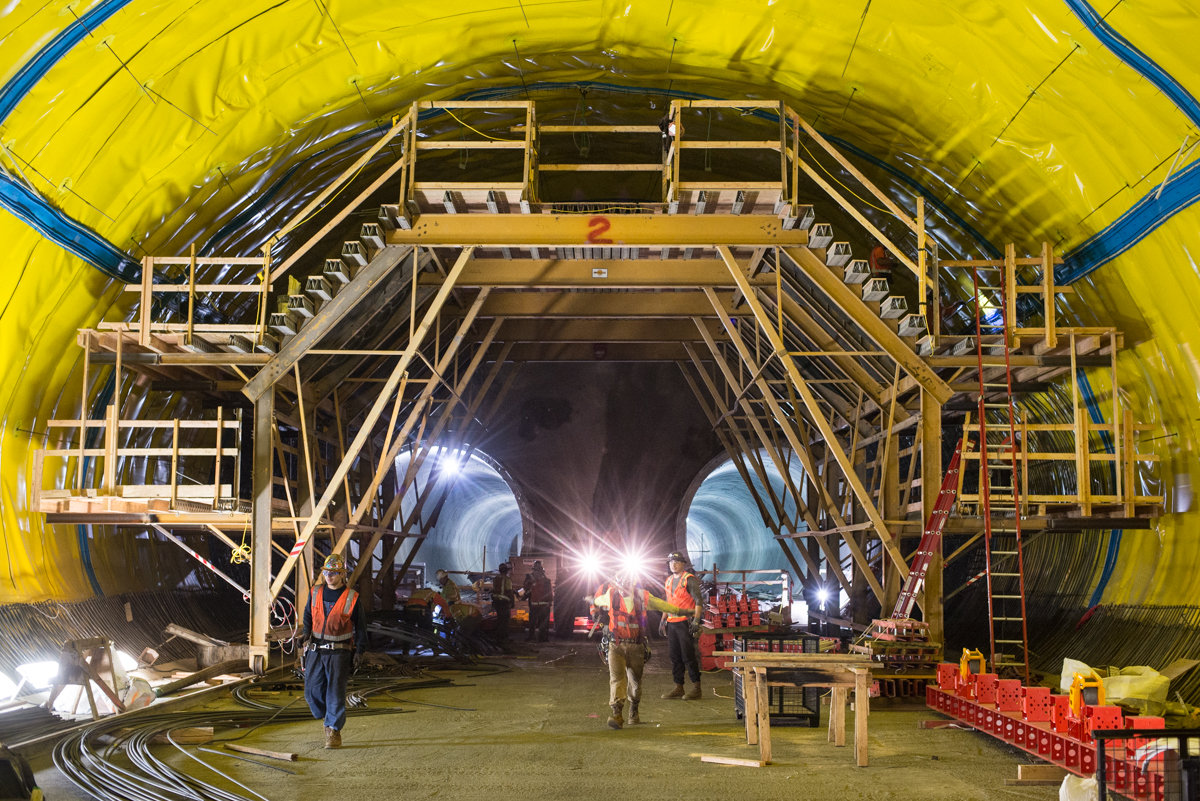 A large, rolling scaffolding has been used to install rebar and waterproofing against the curved shell of the station cavern. Chinatown Station The construction of Chinatown Station used the sequential excavation method (SEM), providing a high degree of flexibility and control over ground conditions, thereby greatly reducing the risks of construction. This method of tunnel construction is used worldwide for small to large openings in a variety of ground types ranging from rock to soil.  Excavation of the Chinatown Station site was completed in February 2018. 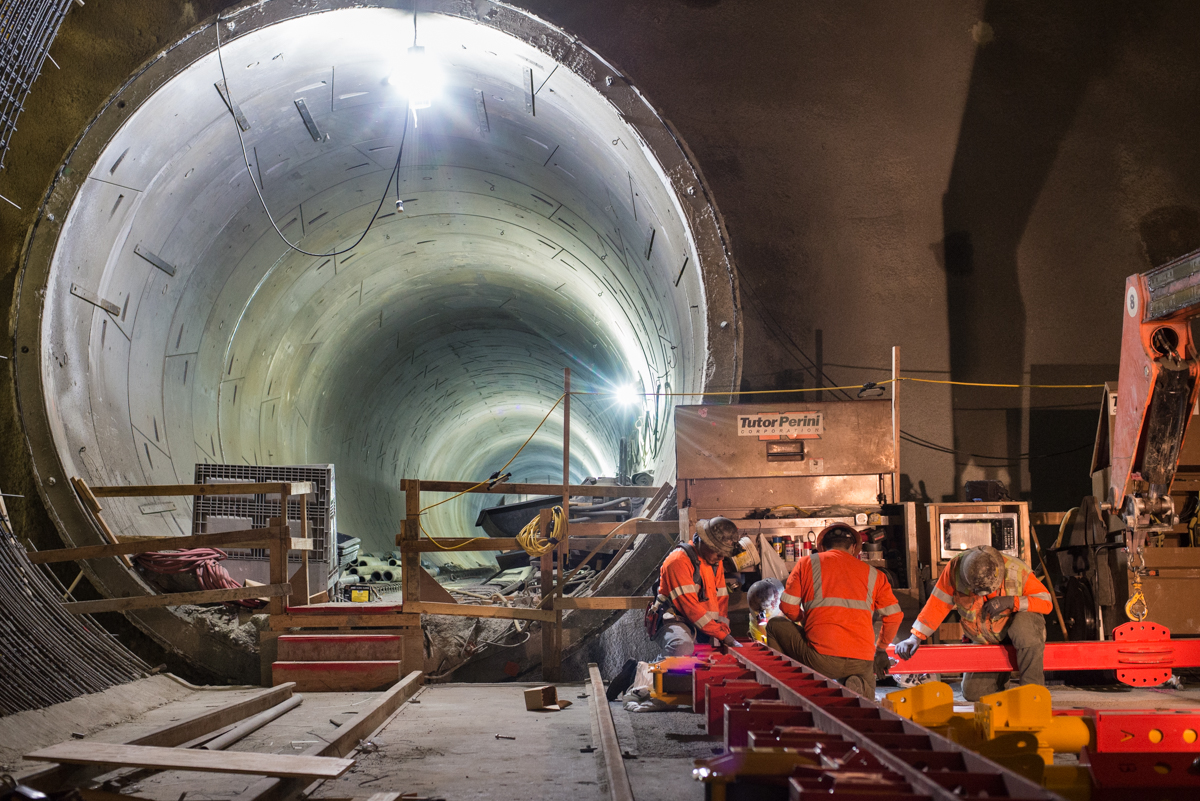 Crew members assemble a specialized track for equipment inside the track crossover cavern, just south of the future platform cavern. 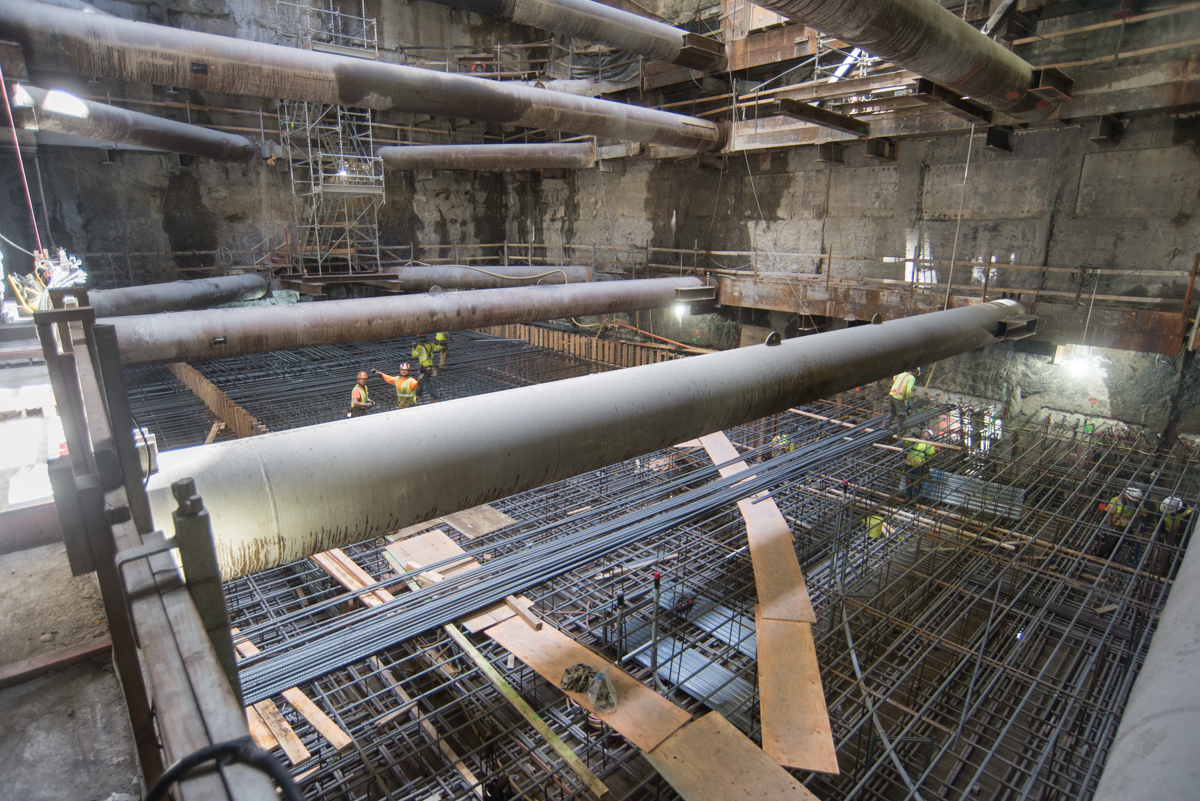 Workers continue assembling the massive rebar cage at the bottom of the Chinatown Station headhouse. Overview