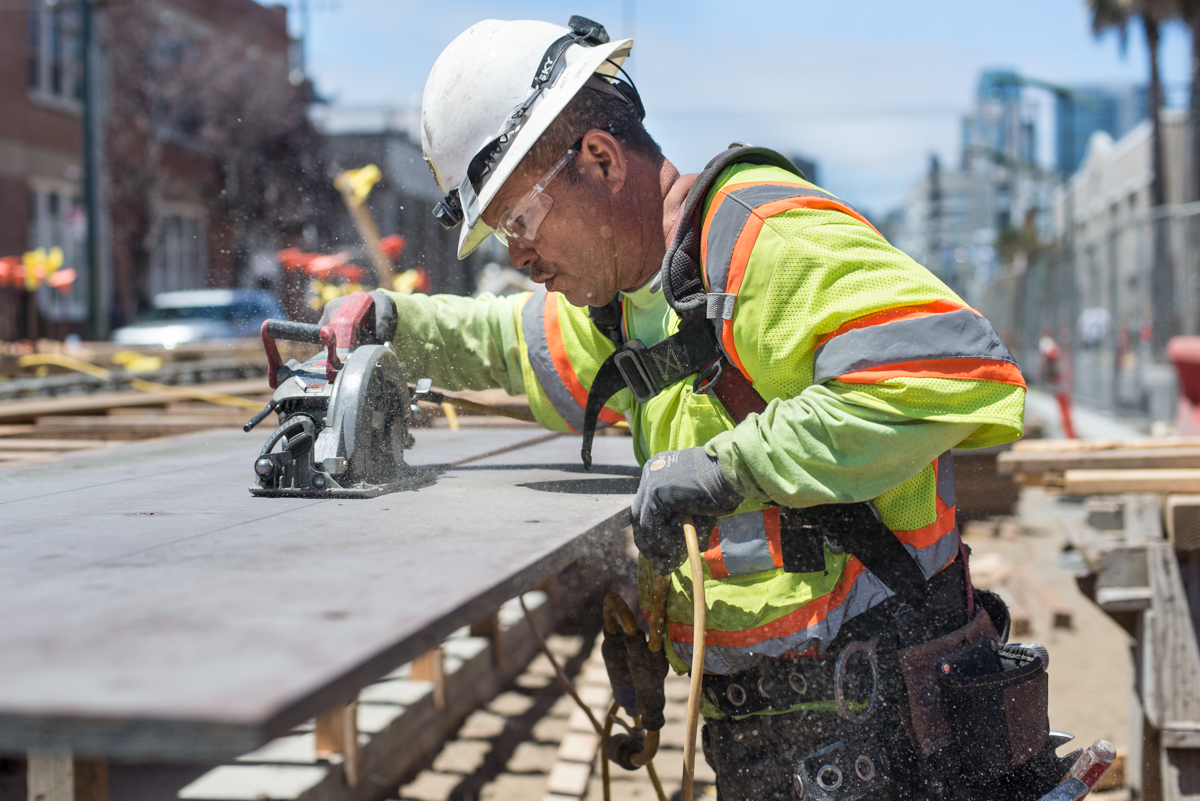 A carpenter cuts sheets of plywood used as part of concrete formwork at the 4th and Brannan surface station. Central Subway | Project Advancement 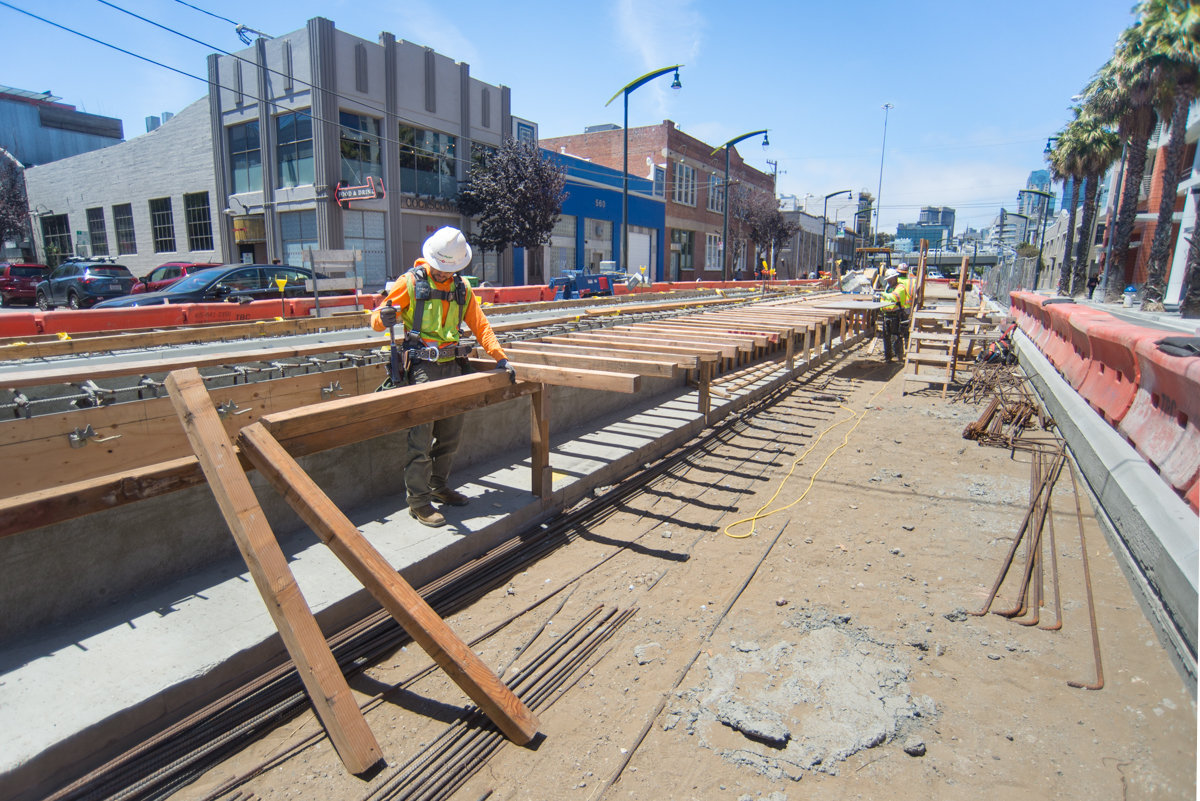 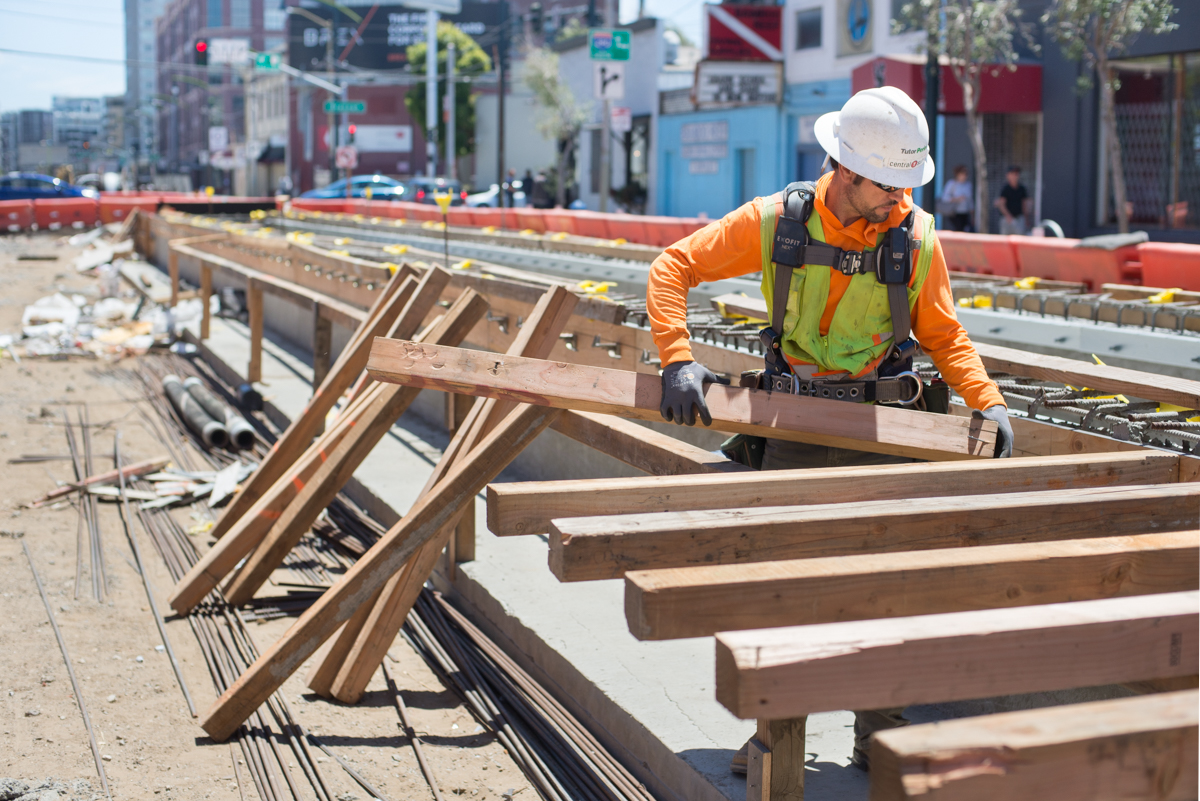 A carpenter lays down 4x4s as part of concrete formwork for the 4th and Brannan Station platform. 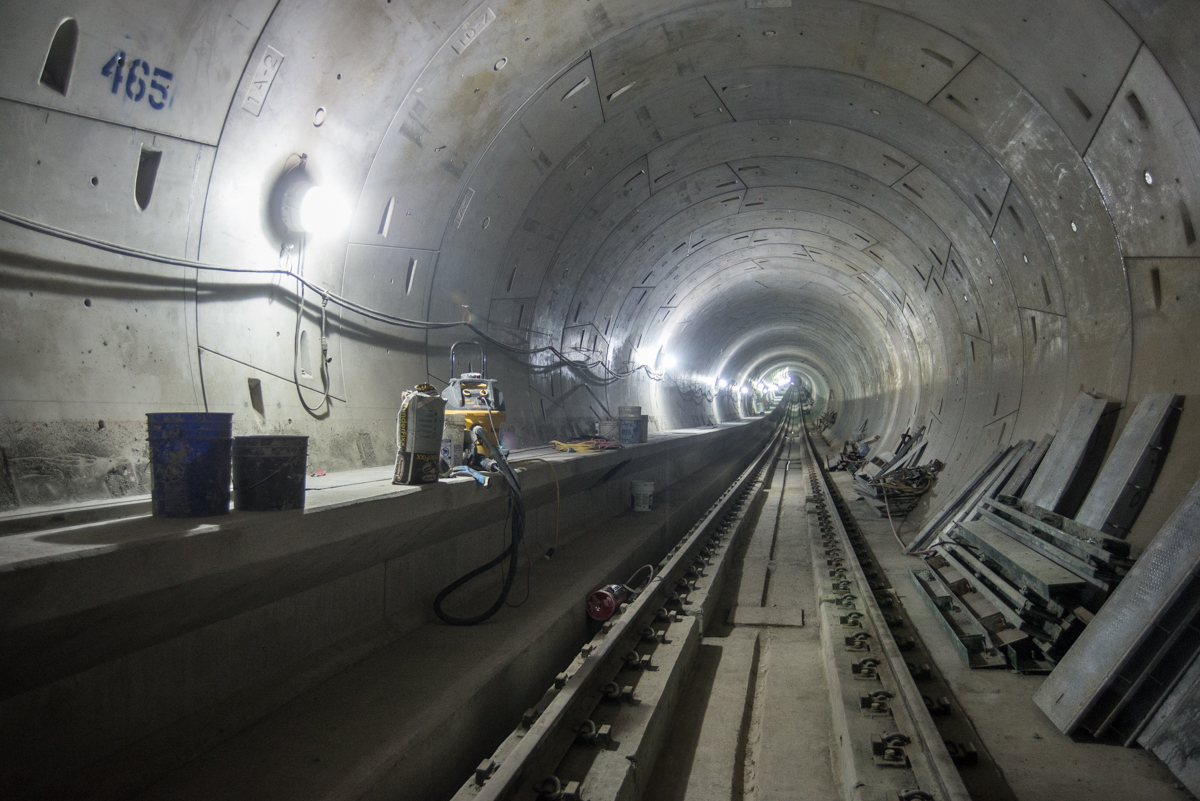 Crews have conducted some tunnel and equipment cleanup work near cross-passage five, just south of the Market Street S-curve. Overview 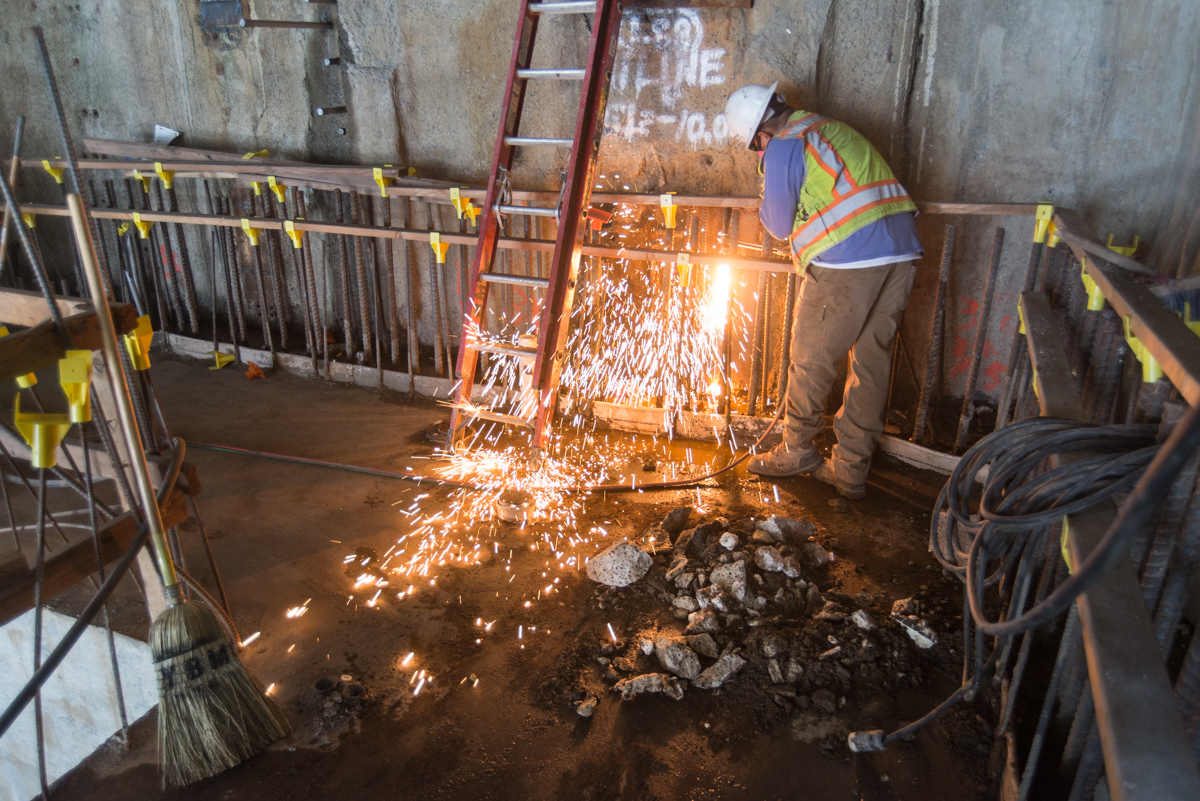 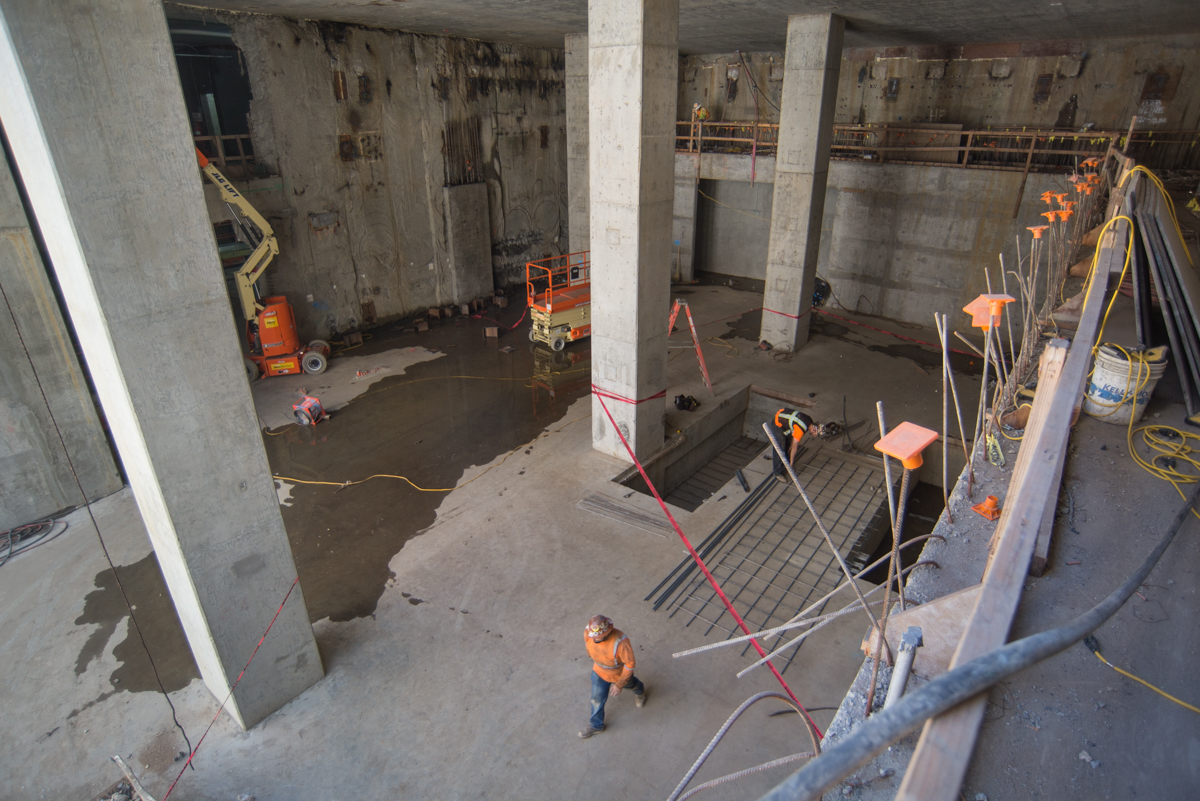 Looking southeast inside the station headhouse, the recessed footing for an escalator is being filled in with rebar and later concrete. 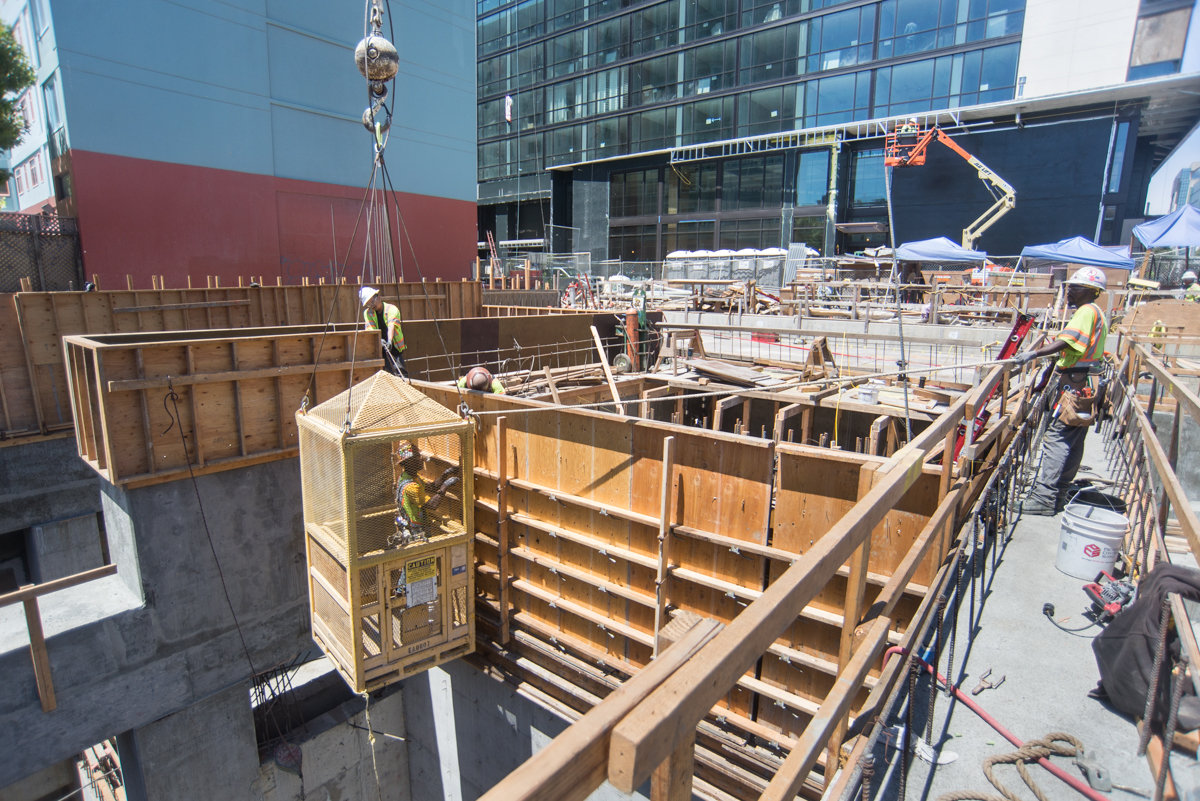 A worker in a man cage constructs concrete forms, while being supported by two associates on the street level roof slab for the headhouse. Overview

What: Sewer and water line replacement work
Time: 9pm - 5am
When: Monday to Friday
Where: 4th and Howard Street intersections. 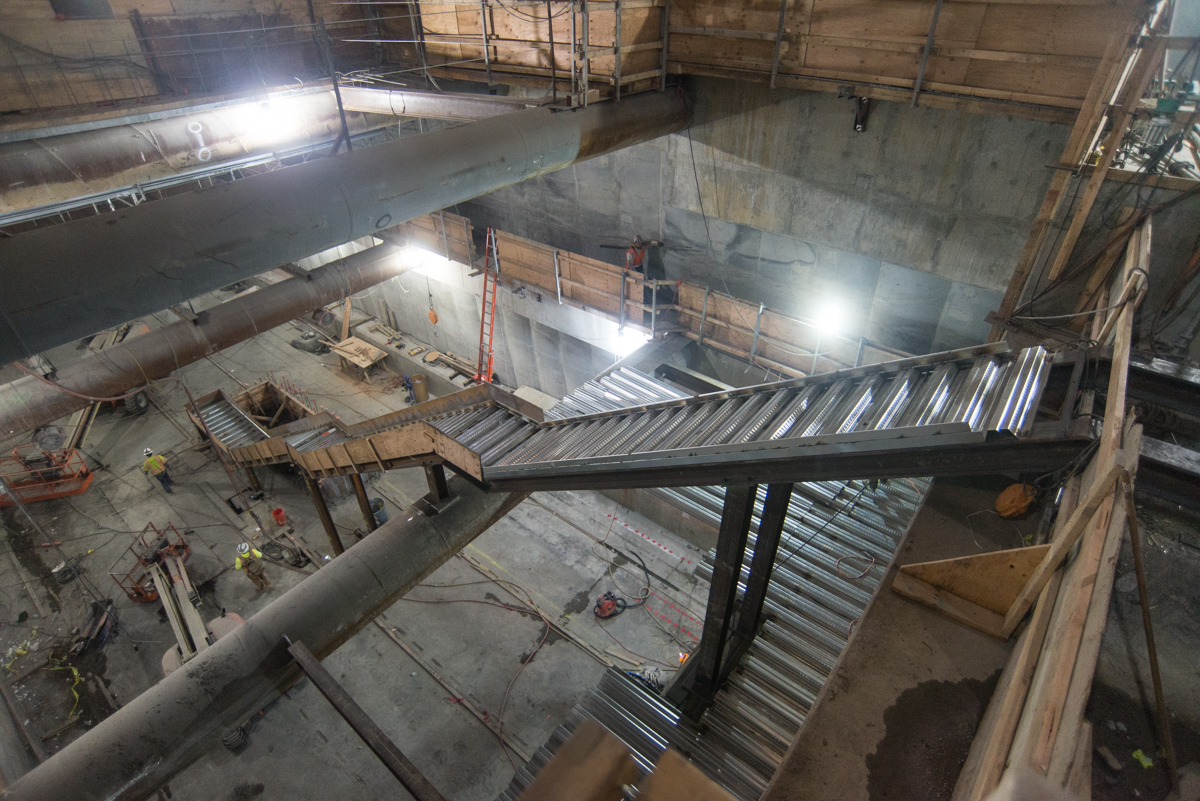 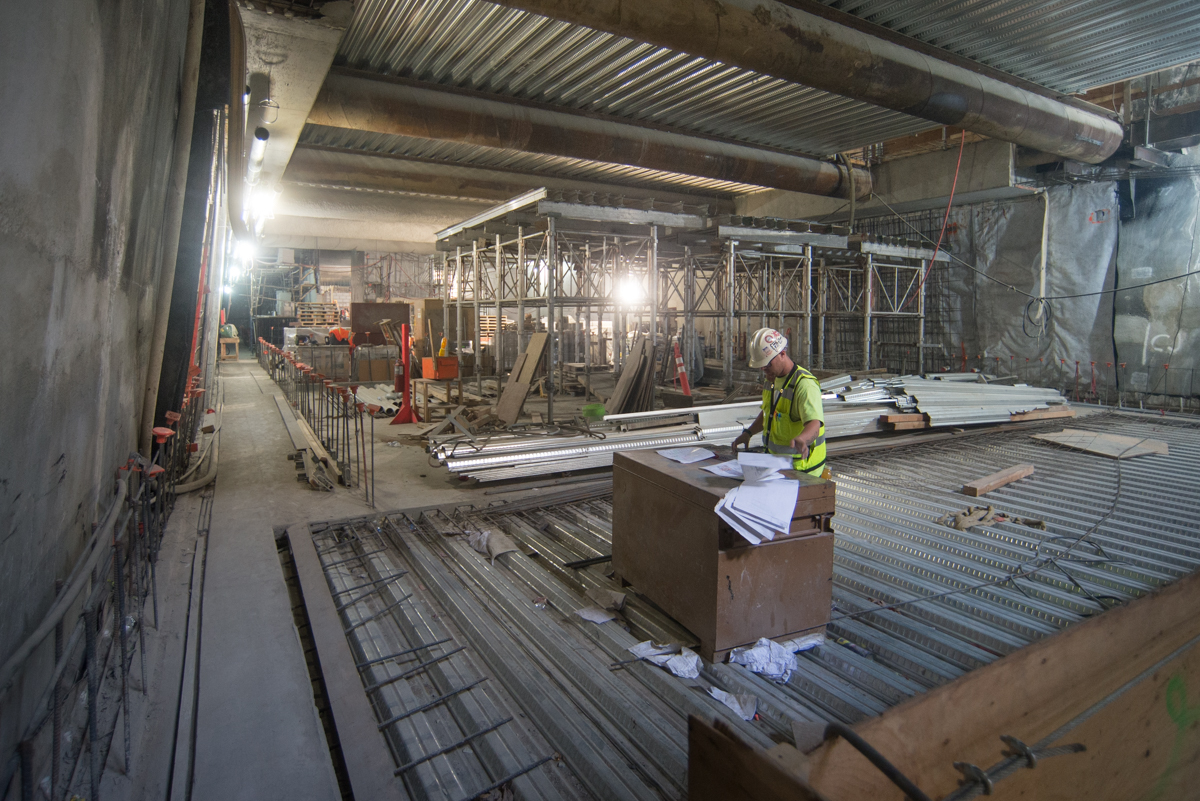 A worker pours through site plans on the mezzanine level of the station box, roughly near Stockton and O'Farrell. 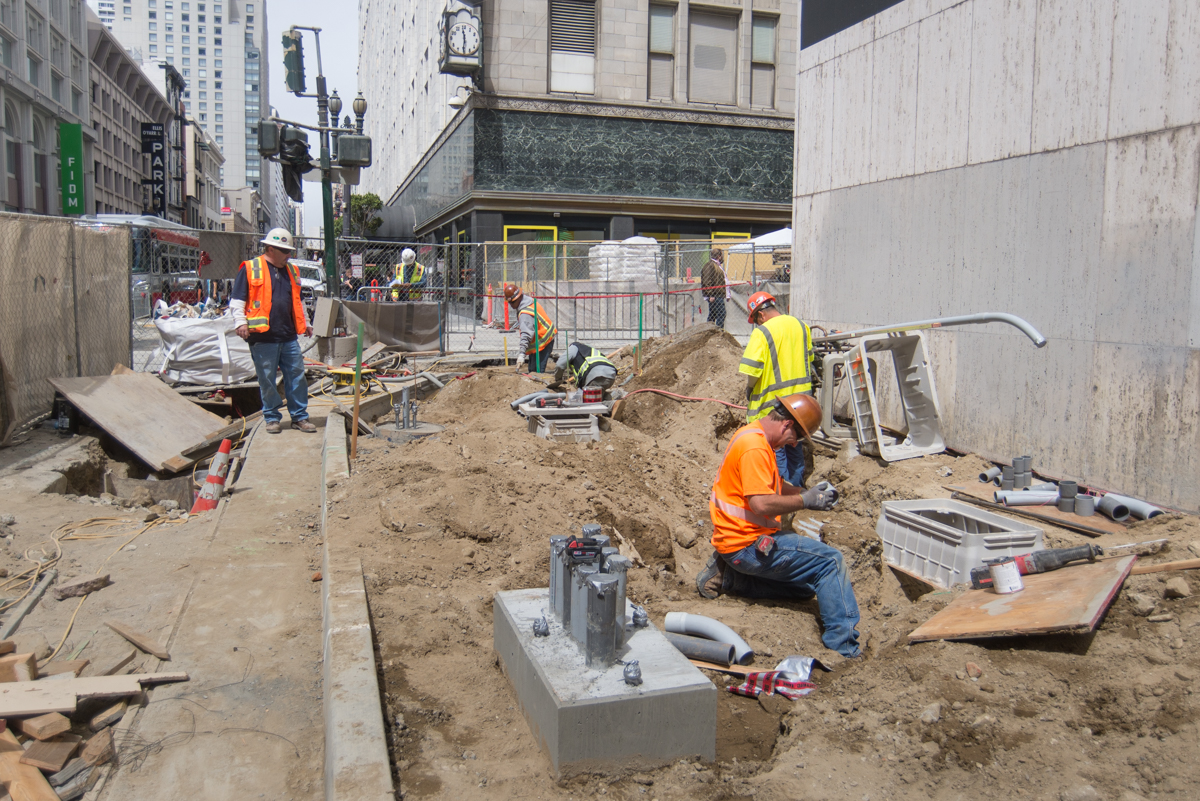 Shallow trenches are being dug for the installation of near-surface utilities at the northeast corner of O'Farrell and Stockton. Overview 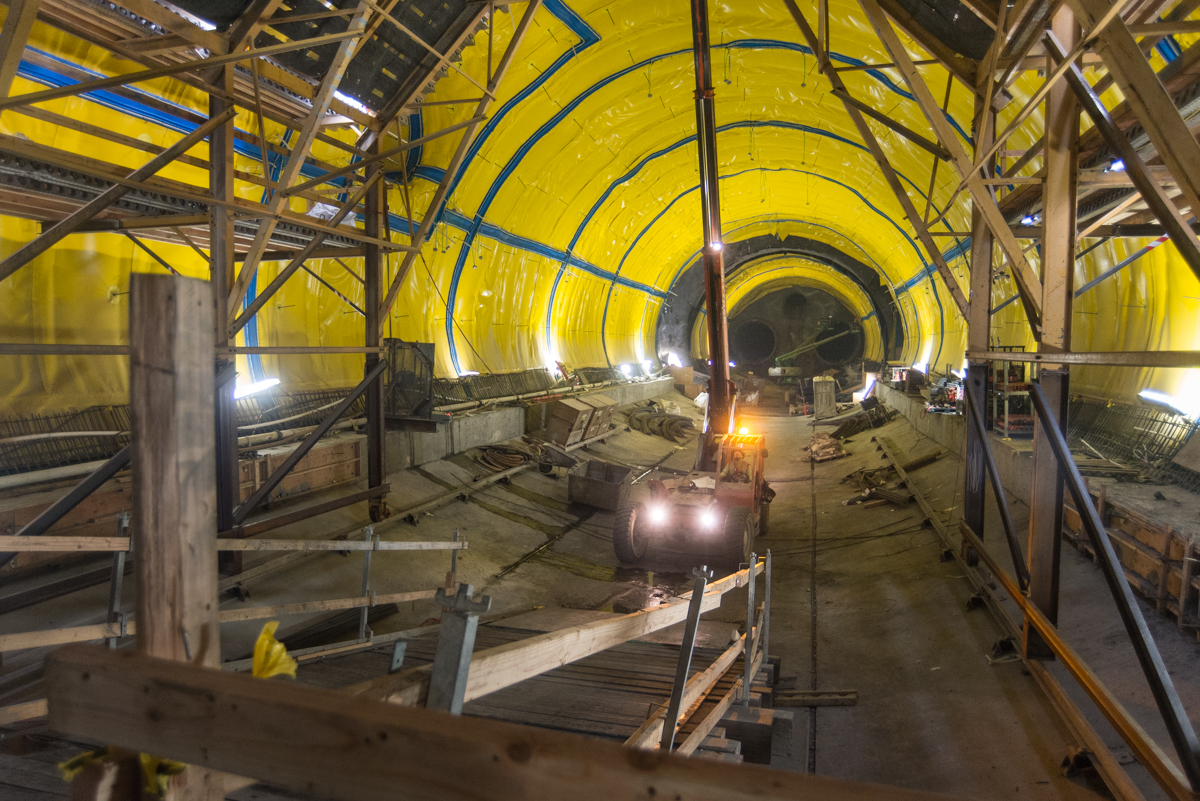 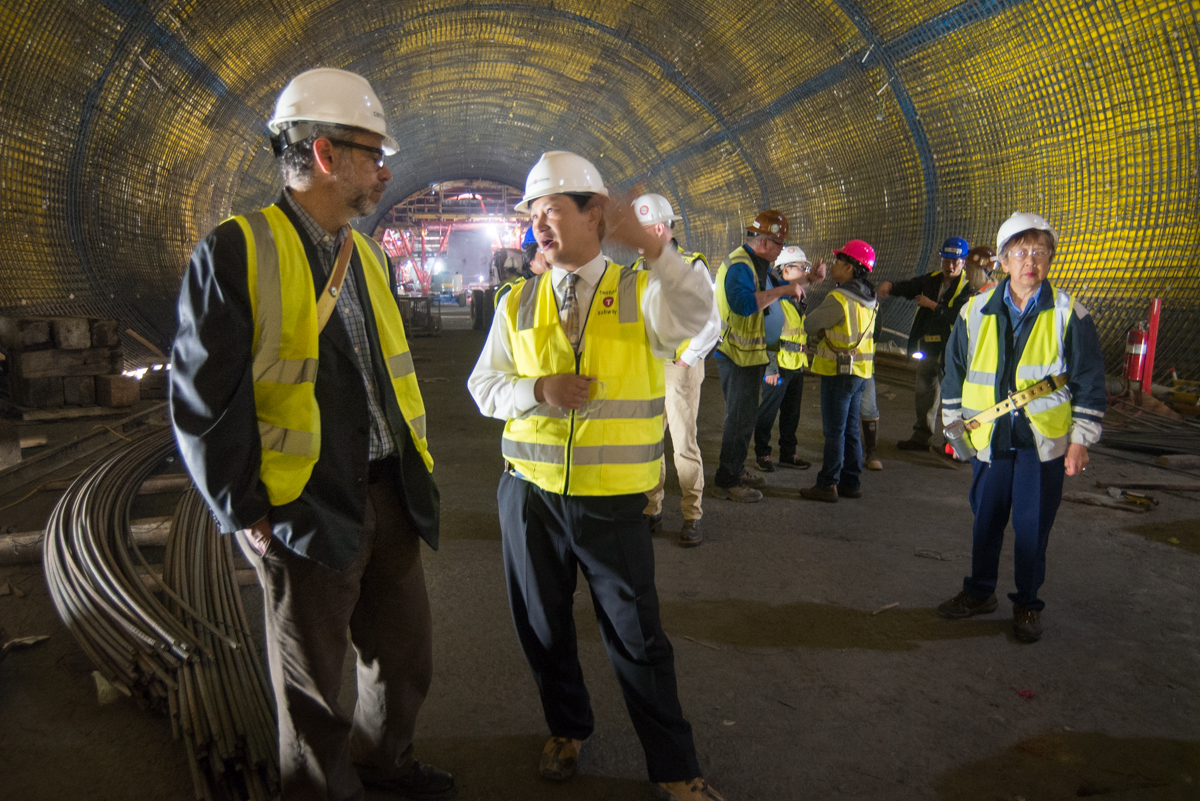 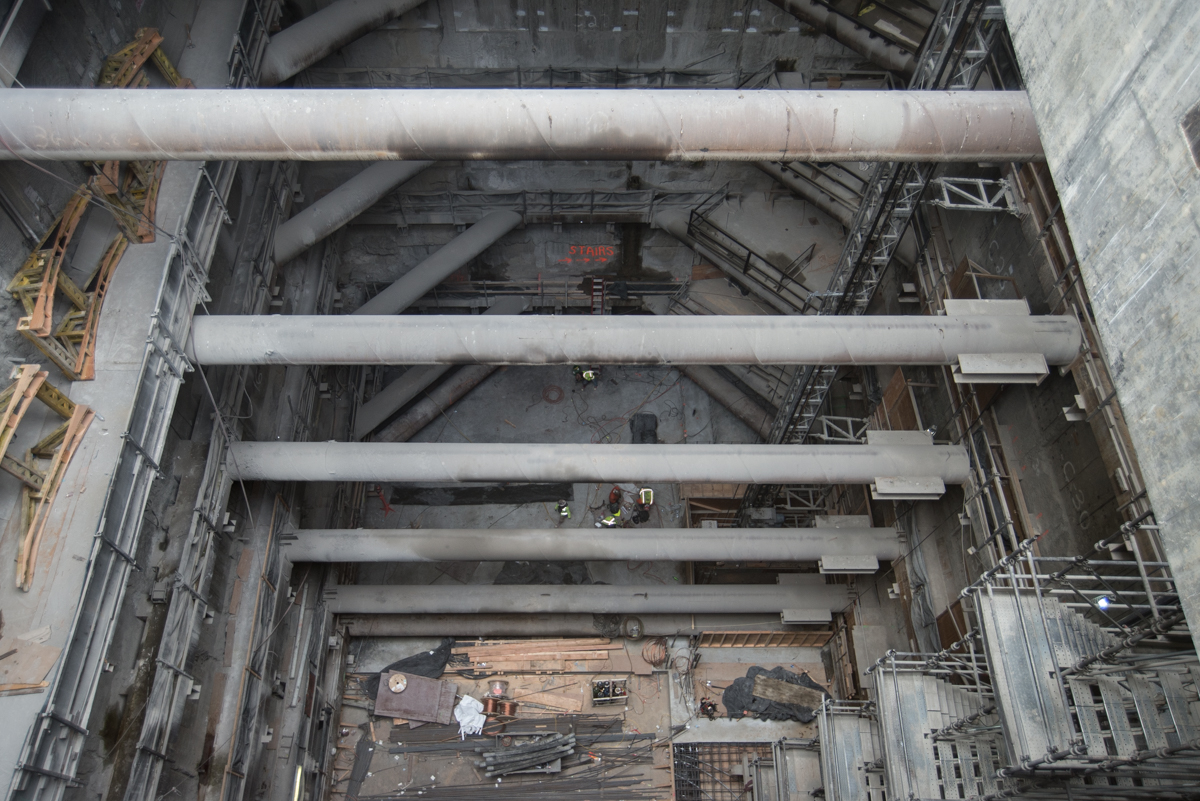 Multiple levels of temporary cross-bracing span the width of the Chinatown Station headhouse as seen from the edge of the main access shaft. Overview