During the next 10 days, tunneling and tunneling preparatory work will continue in southern SoMa, Union Square and North Beach. Work to prepare for station construction is continuing in Chinatown and northern SoMa.

Construction impacts are planned to change at these locations by October 7:

At these locations, current construction impacts are planned to continue until
October 7: 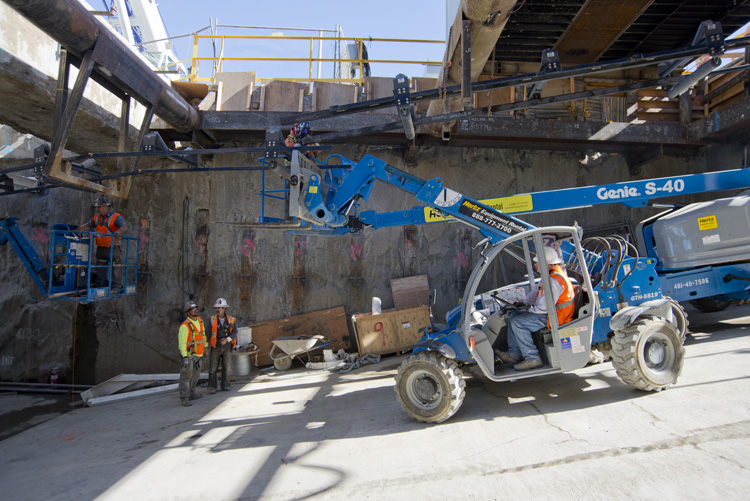 At the tunnel launch site, crews install a conveyer system to transport tunnel spoils from the tunnels. Southern SoMa

On 4th Street between Harrison and Bryant streets, the contractor has constructed a major excavation known as a launch box at the site where the Central Subway tunnel begins. After assembly of a tunnel boring machine (TBM) underground, tunneling started this summer. Assembly of a second TBM is now in progress. 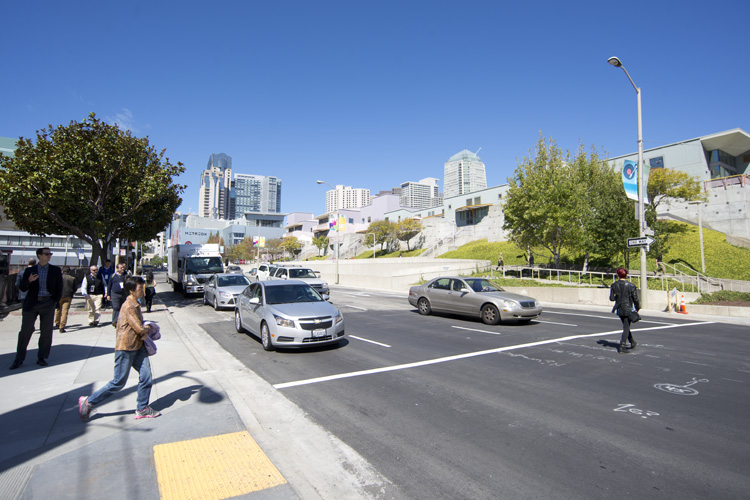 The roadway on 4th Street between Howard and Folsom is now reopened to traffic.
Northern SoMa

On 4th Street between Howard and Folsom streets, the contractor has constructed below-ground walls, called headwalls, at the site of the future Yerba Buena/Moscone Station. Preparatory work for station construction is now in progress within the site of the old 76 gas station.

The contractor completed ground improvement work (installation of compensation grout tubes) on 4th Street between Market and Stevenson. Work will resume when the tunnel boring machines pass through this area.

On 4th Street between Folsom and Harrison, the contractor will perform ground improvements while the tunnel boring machines pass beneath the roadway. 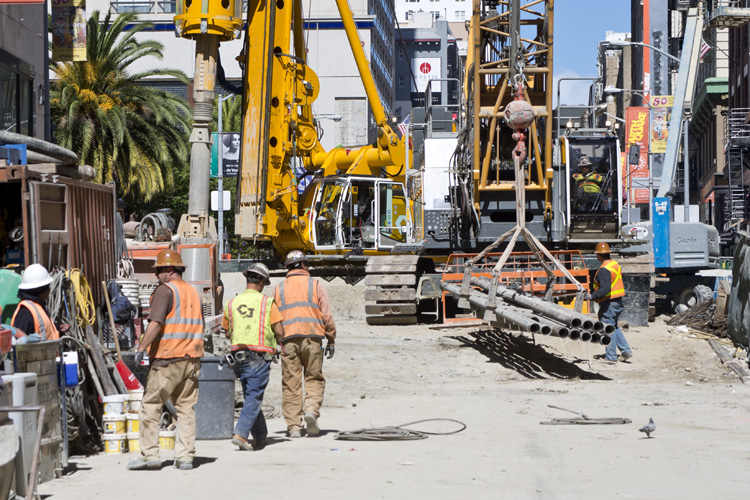 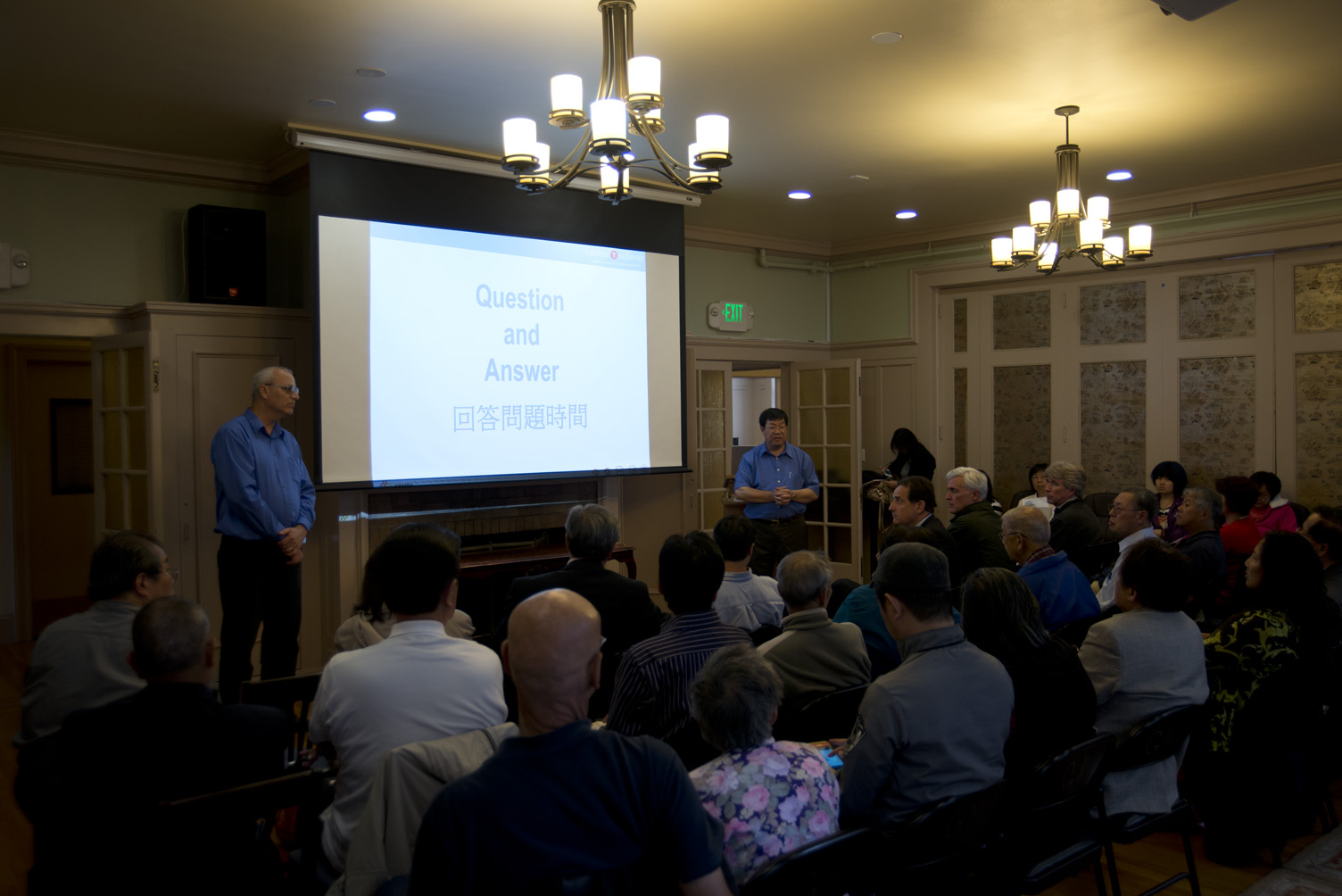 To prepare to build the Chinatown Station, contractor Tutor Perini will demolish the existing building at 933-949 Stockton Street. Preparatory construction is now underway. 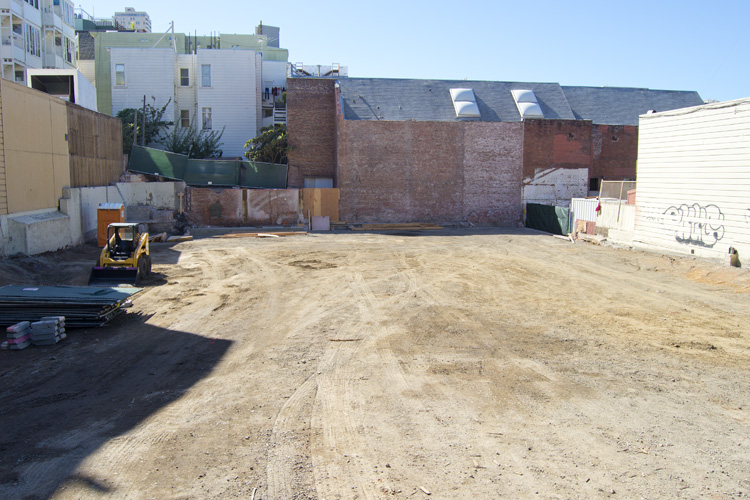 With Pagoda Palace demolition complete, work is commencing on a retrieval shaft to remove the tunnel boring machines from the ground. North Beach

On private property at 1731-1741 Powell Street, the contractor is preparing to construct a walled excavation known as a retrieval shaft at the site where tunneling will end. The two tunnel boring machines will be removed from the ground at this location.

Demolition of the Pagoda Palace is now complete. The second phase of construction is to construct the retrieval shaft.