Clusterfest will take place in San Francisco's Civic Center Plaza from Friday, June 21 to Sunday, June 23. Streets will be closed as early as Sunday, June 16 and as late as Wednesday, June 26 for event setup and takedown. Muni will reroute around the festival area during the event weekend.

The 19 Polk will reroute around the event from 9 p.m., Thursday, June 20 to 6 a.m., Monday, June 24. Heading north on 7th Street, the reroute will cross Market to Charles Brenham Place, turn left on McAllister, right on Larkin, then continue to the regular route. The table below details which stops will be missed and which stops to use as an alternative.

The 5 Fulton, 5R Fulton Rapid and 21 Hayes may experience delays in the event area. 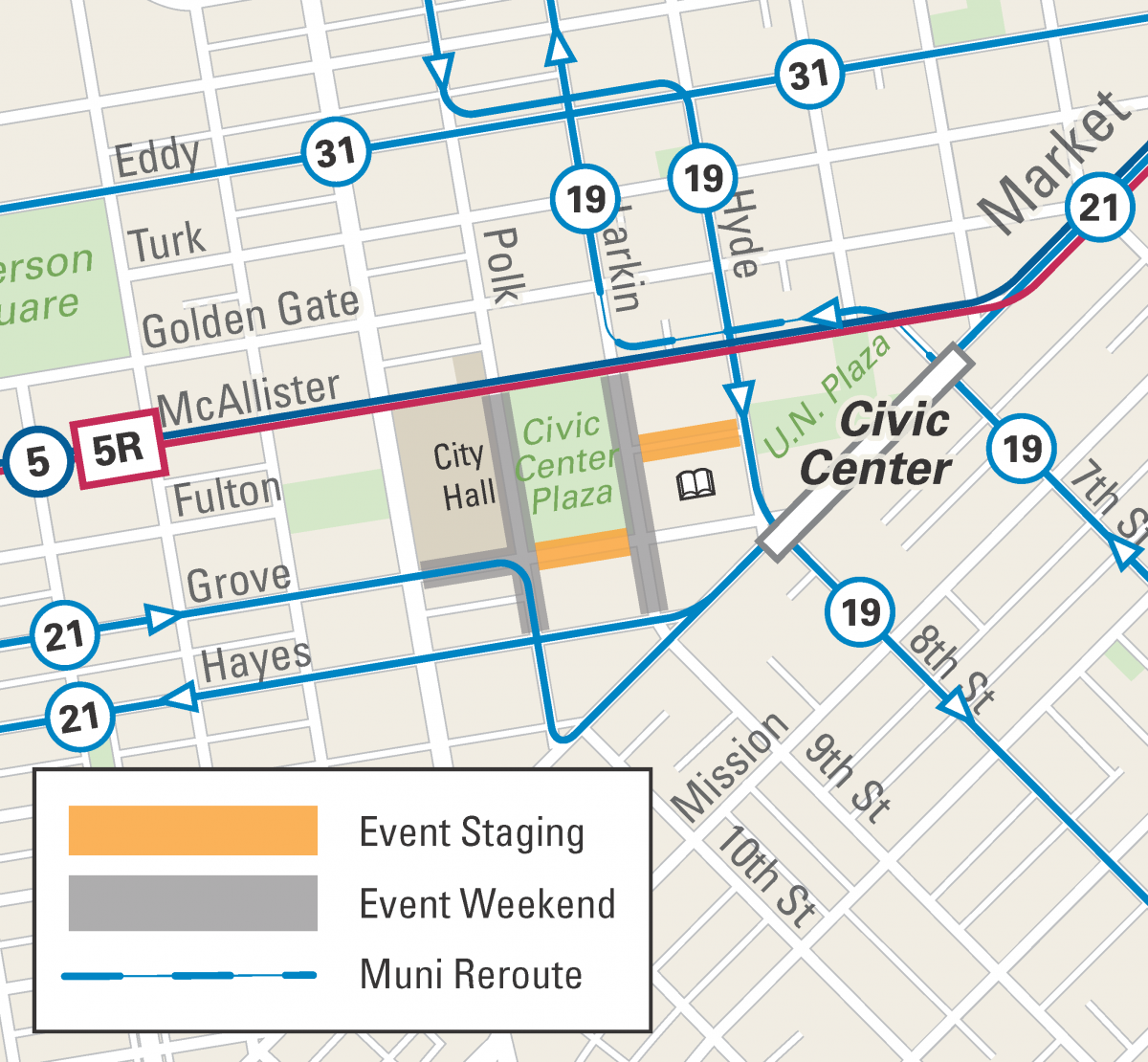