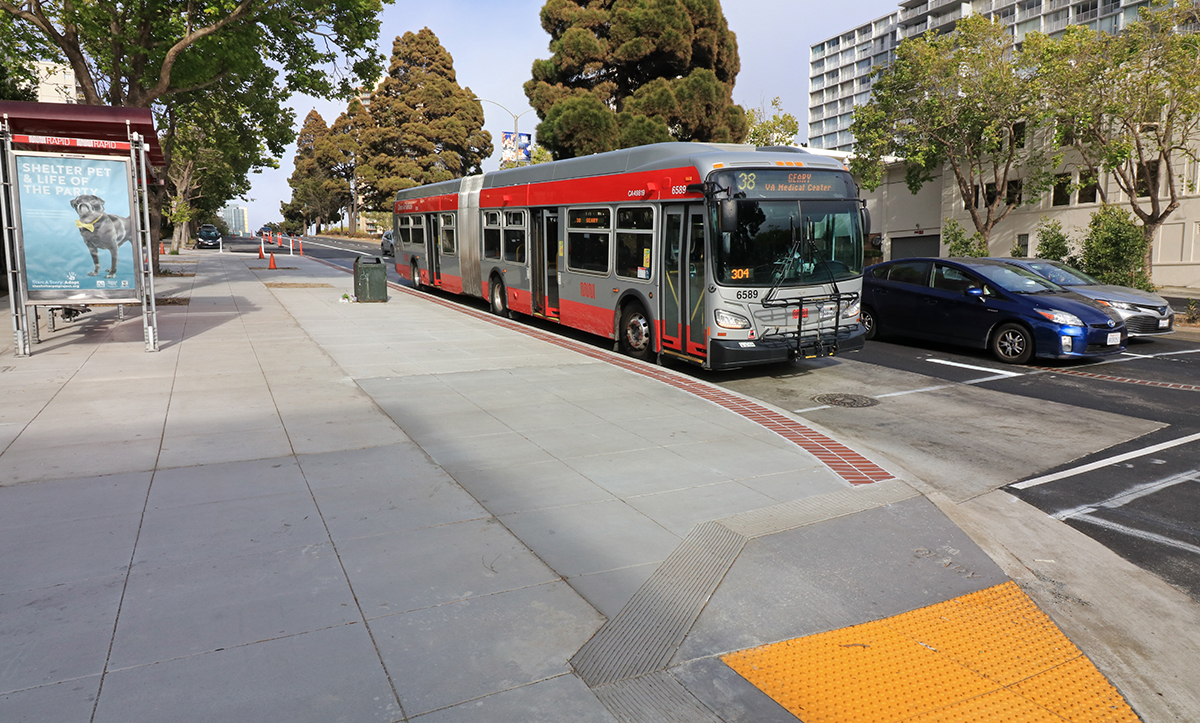 The following two-week construction forecast is subject to change due to weather delays or unexpected field conditions. No work is planned on Monday, July 5 as crews are observing the Independence Day holiday.

There are no planned temporary 38/38R bus stop relocations this week that are part of work that is unrelated to the Geary Rapid Project.

For the most up-to-date Muni service information, parking enforcement and other updates, visit the SFMTA COVID-19 page.