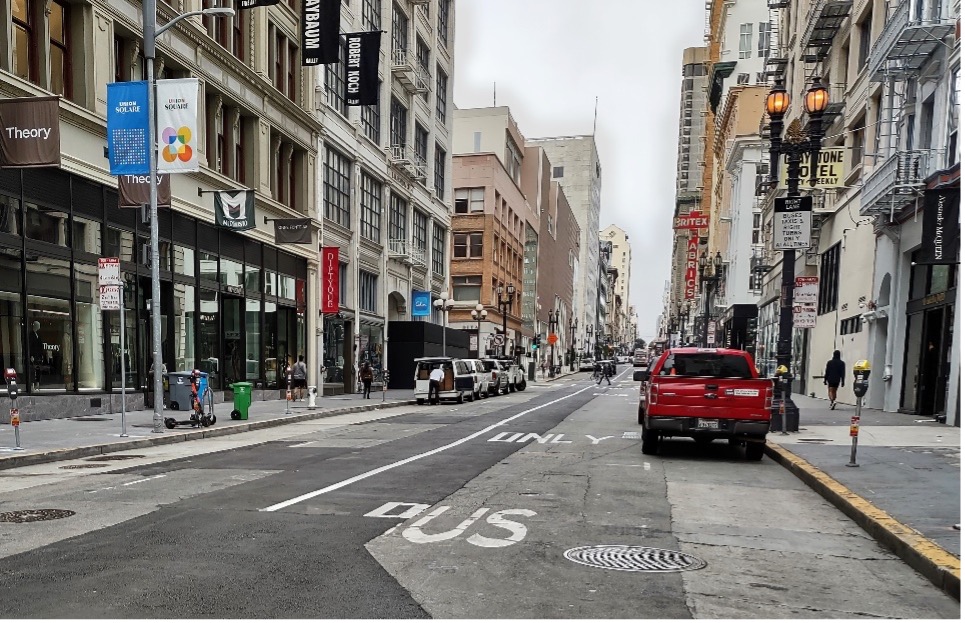 The following blocks are planned to be repaved October 17 - October 29:

Repaving operations are generally two work days per block: one day to grind down the existing roadway and one day to pour the new asphalt. Crews may also be working in the area a day before and after for preparation and cleanup as needed. During grinding and paving work, all vehicles and structures will need to be temporarily removed from the roadway. Parking will be temporarily restricted on both sides of the street to accommodate operations and traffic. Bus stops will be temporarily relocated nearby; look for signage. There may be brief vibrations and some noise and dust.

After roadway repaving is complete, traffic striping will be restored, including reinstallation of the red transit lanes.