Skip to main content
ATTN: IB 38/38R may see minor delays near O'Farrell and Taylor due to a protest/demonstration. (More: 20 in last 48 hours)
Subscribe

Community feedback directly shaped the final proposal for the 12 Folsom/Pacific extension to Rincon Hill. SFMTA considered two north of Market alignments for the updated route, as shown below as options A and B. More than 1,200 Muni customers and neighbors provided feedback on which option worked best for them.

Customers provided feedback via on-board and online surveys, text-based surveys, at pop-up open houses along the route, and at community meetings and events. Customer feedback surveys were offered in English, Chinese and Spanish.

Option A: Travel on Clay/Sacramento 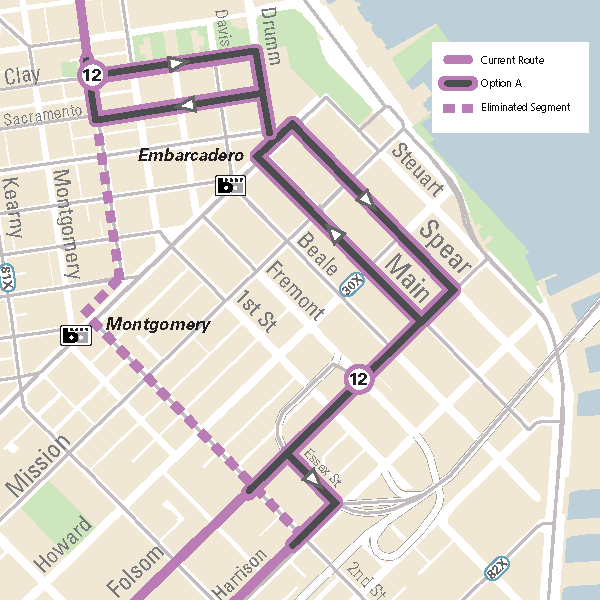 Option B: Travel on Market 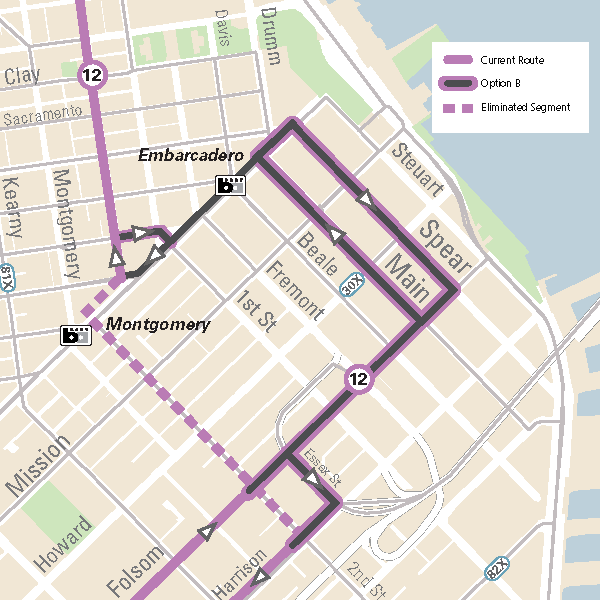 The project team also received initial feedback regarding the southern portion of the route to 24th Street BART. The community considered the below route option to provide a more direct and reliable trip to BART. More time is needed to determine the routing that would work best, and SFMTA looks forward to continuing its conversation with the community in the Mission about this segment. There is no change being proposed to the southern portion of the 12 Folsom/Pacific route in the current proposal. 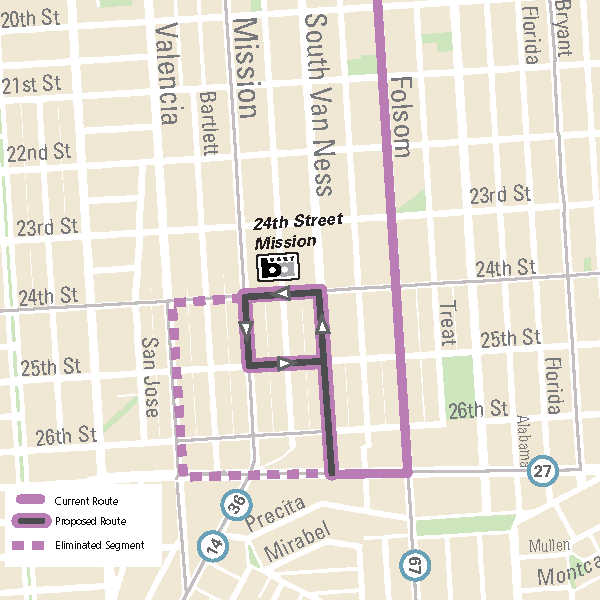 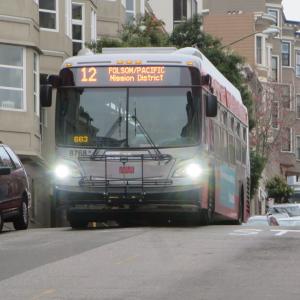